TLC is the most popular NAND flash memory specification. No matter whether you accept it or not, the next station is QLC, and the products are increasing.

Today, Amazon of the United States suddenly launched a Samsung 870 qvo series new SSD. Although it is not clearly marked, it is QLC flash memory from all aspects.

Samsung 870 qvo SSD is a standard 2.5-inch SATA specification. At present, there are two capacity versions of 1TB and 8tb on the shelf. The prices are 899.99 US dollars and 129.99 US dollars respectively, about 6400 yuan and 920 yuanIn the future, there will definitely be 2TB and 4tb versions.

Specific specifications such as read-write speed are not disclosed, but since it's a SATA SSD, there won't be too many accidents. It depends on the life span.

Amazon's Samsung 870 qvo is currently pre sold,It will be officially released on June 30. 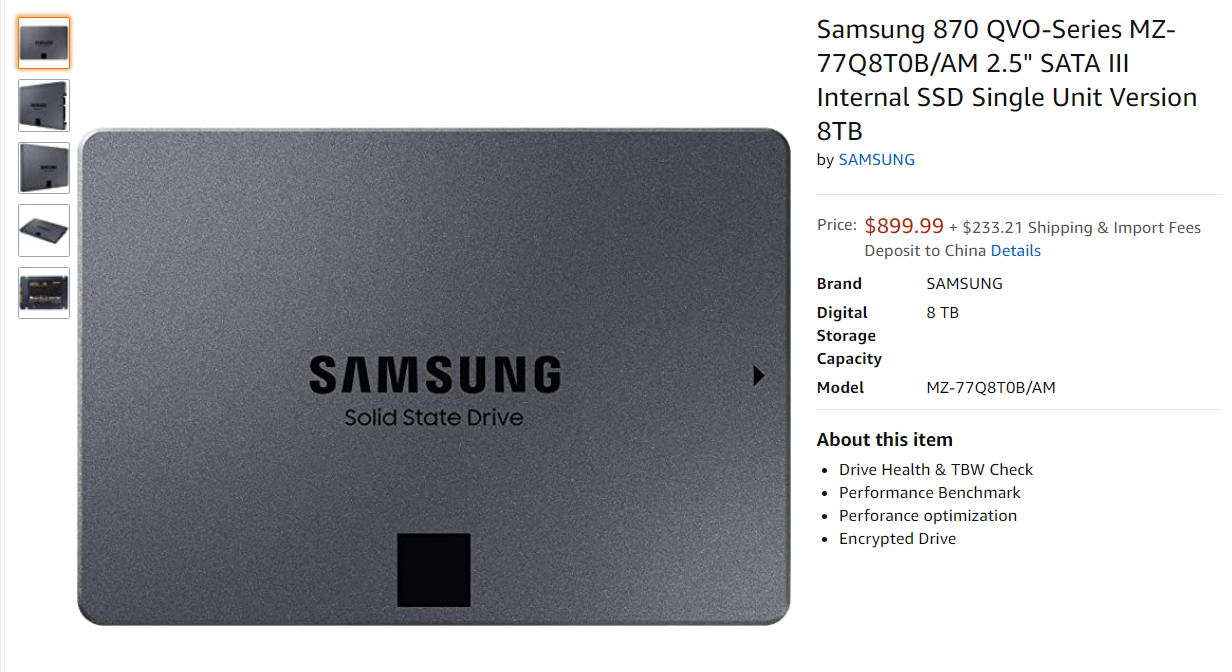