Recently, Asus has launched a new BIOS 3101 for AMD 400 series motherboards, which integrates the latestAgesa comboam4 1.0.0.6 microcode, but neither ASUS nor amd has disclosed what's new in this update.

Some players have studied on a Rog crosshair VII hero (x470) motherboard and confirmed that the microcode version is indeed 1.0.0.6. At the same time, they found that at least on this board, Independent overclocking for each CCX of the sharp dragon processor is supported.

The so-called CCX (CPU Complex), is the basic module of the AMD Zen architecture, including 4 physical cores and the corresponding cache, it is using this basic module that can be superimposed to obtain higher specifications of the product, each two CCX to form a CCD chip, and then stacked all the way to the 64 core.

At present, players can be overclocked separately for different CCX, and the advantage is that they can tap utilize the physique and potential of different CCX to obtain the highest possible performance. 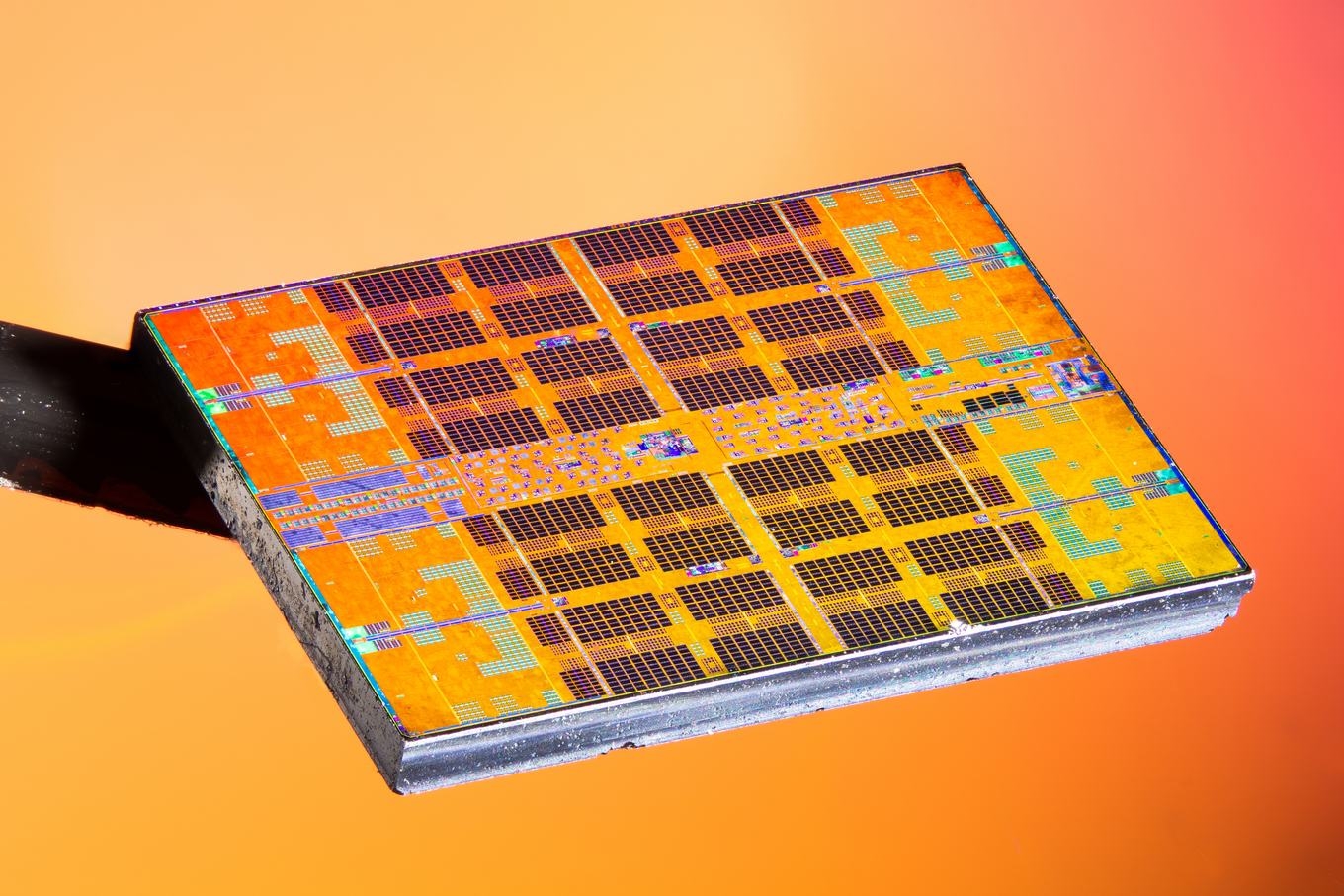 This is a CCD, and two parts are two distinct CCX.

Related news
AMD three generations of Ruilong full of blood BIOS leakage: the measured results are surprisingly effective
New BIOS of AMD sharp dragon motherboard goes online: memory / network card / PCIe is more stable and easy to use
ASUS 400 series motherboard on line new BIOS: support Ruilong sub CCX core overclocking
AMD the future! TGA X570/B550 New BIOS Support Reelon 5000
Amd responded that it has solved the problem of USB disconnection of Raptor motherboard: new BIOS is coming online one after another
Support BIOS upgrade of 7Nm zen3 Raptor APU MSI 500 / 400 system motherboard
ASUS motherboard upgraded BIOS 6 / 7 years ago, and core 6 / 7 can also install win11
Cautious upgrade AMD latest BIOS rollover: Ruilong 9 5950X encountered downstream, etc. BUG
AMD Rayon 7 5800X3D available: X570 motherboard new BIOS ready
Hot news this week
The developer of the dating app Tinder has reached an agreement with Google over billing rules for its app store
Red Elf Lightning erupts in the Himalayas Spectacular Spectacle: Experts Reveal What Exactly Is This?
The founder of the Internet Quick Hand Su Hua was taken away for investigation, and the fast hand responded: the news was not true
Or for Studio Display Pro, the release of Apple's 27-inch Mini LED-backlit Display has been delayed by October
One picture to understand! Blue Factory has issued 3 new machines in a row: self-developed chip blessing, the narrowest lower border
Huawei and the Chinese Academy of Sciences jointly developed the new 3D DRAM solution is expected to break through the key root technology of storage
Tencent established a smart technology company in Chengdu, and its business scope includes Internet data services
I once touched the ceiling of the mobile phone screen! Well-known brands announced that the new flagship is the first to carry the Snapdragon 8+
Or has it been spread insidiously in Communities in Europe and the United States: Should We Be Worried About Monkeypox? Experts demystify
Economist credit card monthly bill $11.4! Only paying for a purchase of Tencent Music, the account manager is busy "condolences"
The most popular news this week
The key META VR header equipment of the Yuan universe game is accused of patent infringement
Sino -disease control expert: Omikon vaccine has entered the clinical virus evolution and uncertain
The iOS version of the app icon disappears! Alipay high response: Fund safety is not affected
Pinduoduo Q1 revenue of 23.8 billion increased by 7% Technology and agricultural strategy into a dual engine
Musk: Tesla peripheral products can be purchased with Dogecoin
Luo Dayou Sun Yanzi brushed the scenes behind the screen and Tencent began to grab traffic again
Pinduoduo revenue in the first quarter of 23.8 billion increased by 7% year -on -year
Chinese stocks closed mostly up on Friday, Pinduoduo rose more than 15% Kingsoft Cloud rose more than 7%
Expert: Concerns that emojis cause expression to feel less susceptible may be exaggerated
The Changwu B rocket arrives at the Wenchang launch site and will launch the Wentian Experimental Module of the Chinese space station in July