IBM's high profile announcement to give up face recognition twitter netizen: it's too late

Not only that, IBM will no longer research and develop this technology. 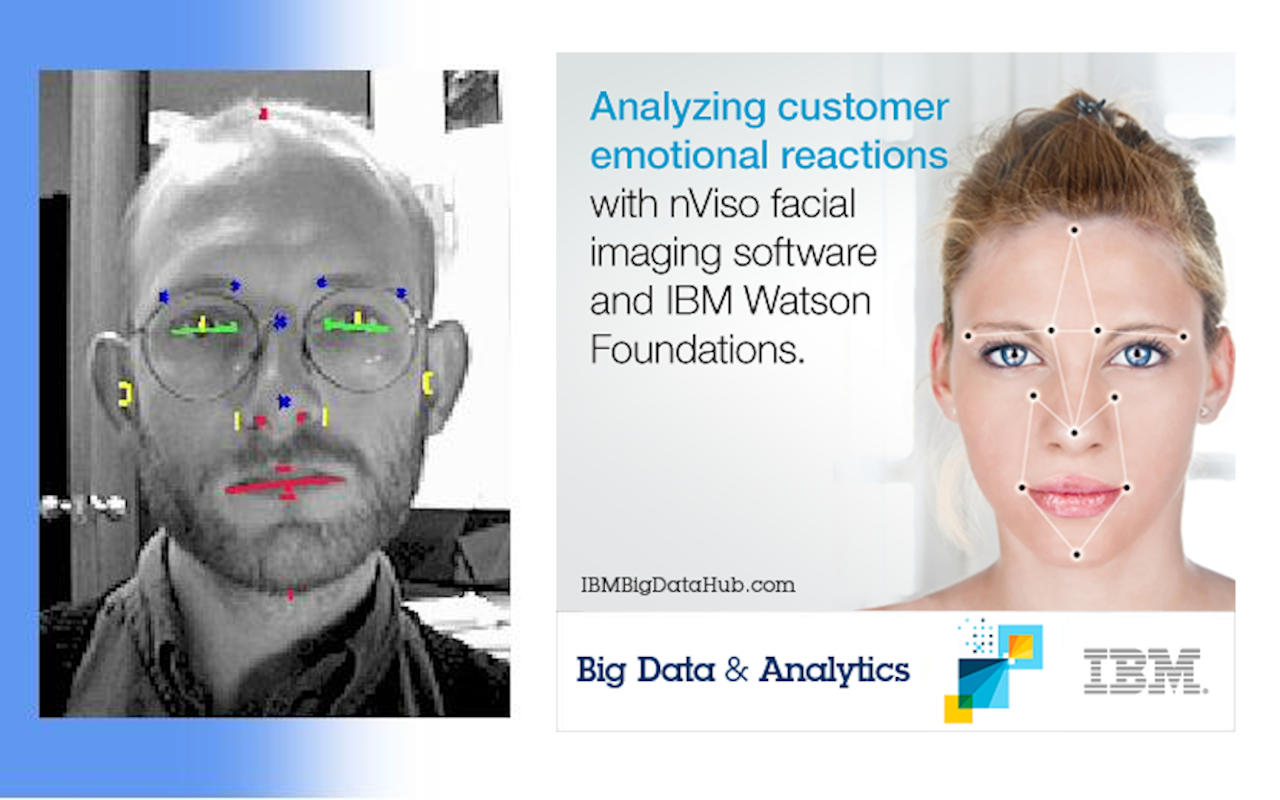 IBM announced its abandonment of face recognition in a letter from IBM CEO arind Krishna to several U.S. senators and representatives.

From the contents of the letter, the move to abandon the face recognition business is one of the various measures taken by IBM against racism due to the death of George Floyd.

In the letter, arind Krishna said:

IBM firmly opposes the use of any technology, including face recognition technology provided by other suppliers, to monitor the public, to characterize race, to violate fundamental human rights and freedoms, and to do anything inconsistent with our values and principles. Of course, arind Krishna also affirmed the role of AI, saying that AI is a powerful tool to help law enforcement protect the safety of citizens.

But he also stressed that suppliers and users of AI systems have a shared responsibility to ensure that AI is tested for bias, especially when used in law enforcement, and to ensure that such bias tests are audited and reported.

Finally, arind Krishna also stressed that national policies should also encourage and promote the use of specific technologies to improve police transparency and accountability, such as human cameras and modern data analysis technologies.

In general, this letter from IBM is a letter with strong political nature. It not only talks about measures and attitudes towards relevant technologies, but also calls on Congress to adopt corresponding bills and policies to promote transparency in police affairs and employment of personnel.

It's clear that IBM's abandonment of face recognition is politically correct.

But IBM told Axios, a foreign media company, that it didn't make this decision on a whim, but after months of discussion and continuous communication with customers. In addition, although IBM no longer promotes, markets, and updates these products, it still supports existing customers when they need to.

Of course, IBM has other considerations besides political correctness.

According to the CNBC report, a person familiar with the matter acknowledged that IBM's move is indeed an important opportunity for the current US society to pay close attention to police reform and racial inequality, but at the same time, IBM also has business considerations.

In fact, the face recognition business has not generated significant revenue for IBM - in other words, it's not a pity to abandon it, the person said.

But at the same time, the person acknowledged that given that the U.S. government has always been a major customer of IBM, the decision still has potential impact - but in short, it is a business and ethical decision at the same time.

It is worth mentioning that arind krshna is an Indian American citizen who took office as CEO of IBM on April 6, 2020, two months ago. 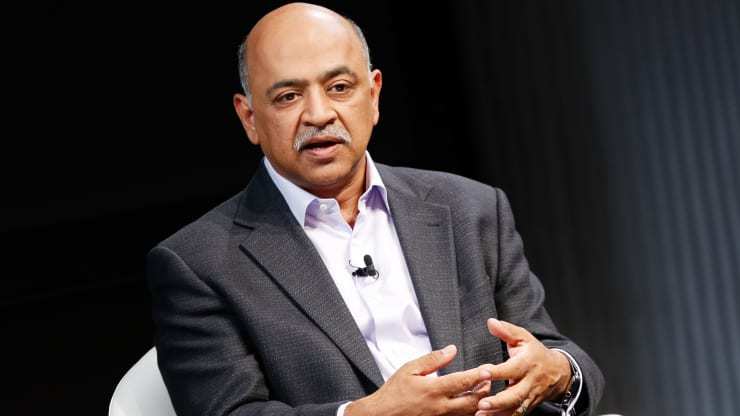 At the beginning of his tenure as CEO, arind krshna said that IBM would focus on two major strategies of hybrid cloud and artificial intelligence; especially in cloud computing, he stressed that IBM and red hat should establish Linux, containers and kunbernetes as new hybrid cloud standards.

In face technology, IBM is not particularly outstanding, but it also has some actions.

At that time, IBM said that the goal of dif is to create unbiased face recognition technology for researchers; compared with the past, DIF data sets provide more evenly distributed and wide-ranging face images, and also enable researchers to further understand faces.

Now, however, IBM has decided to take the lead.

In addition, the concept of the supremacy of social privacy in the United States is deeply rooted in the hearts of the people, which also makes the American people as the security and privacy issues caused by face recognition, as well as the antipathy and worry about "being monitored" itself.

To this end, the American Civil Liberties Union (ACLU) called face recognition "possibly the most dangerous surveillance technology in history", and repeatedly wrote to the U.S. government: asking Amazon to stop providing its rekognition face recognition technology to the police.

Even the city of San Francisco has banned the technology.

Nevertheless, the convenience brought by technology cannot be wiped out. Amazon and other companies need technology to make money, and the U.S. police also need practical technology, so many U.S. state governments, including Oregon, become rekognition customers.

It's worth mentioning that in 2019, Amazon held a shareholder meeting

Later in an interview, Werner Vogels, Amazon's CTO, said that the technology is innocent and we are not responsible.

However, for Amazon's claim, the American people will obviously not buy it. During the March triggered by George Floyd's death, the Amazon go unmanned store in downtown Seattle was also destroyed by tourists.

At that time, Amazon also expressed its support for black people on twitter. As a result, some Americans questioned whether Amazon could stop providing face recognition monitoring technology to the police, rather than saying something nice, it was better to pay employees well.

Maybe the biggest victory today is something many people won't realize. However, IBM's termination of its face recognition technology business will be more dynamic than the dissolution of a city division to shake the foundation of strict law enforcement around the world. Amazon, your time is up.

George Floyd's death has not only brought about political and social problems in the United States; considering the close relationship between technology and people, it will also affect the future of technology development.

One example is IBM's disabling of face recognition.

The acceptance and integration of technology by a social group is not always smooth sailing, or even may not be acceptable at all. For a country like the United States that attaches great importance to political correctness and privacy, the death of George Floyd may make the application of face recognition technology face a more and more serious passive and embarrassing situation. 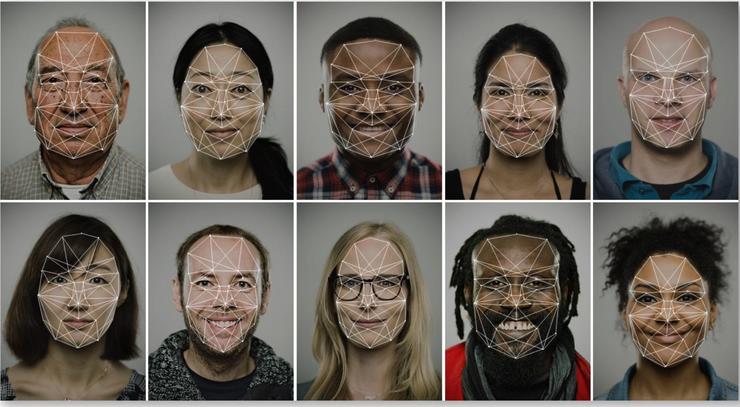 We believe it's time for a national dialogue on whether and how face recognition technology can be used by domestic law enforcement agencies.

IBM has already given its own answer to this question, but the US government and face recognition technology suppliers may not be so easy to follow.

Related news
[Atlas] Into the IBM China Forum Feel the "smart +" charm
The succession code of Centennial Blue Giant IBM
IBM's high profile announcement to give up face recognition twitter netizen: it's too late
IBM proposes to include face recognition technology in export control
"Centennial Store" IBM Split: More and more shops walk more and more difficult
Hot news this week
Kuaishou launched a self-developed cloud intelligent video processing chip: The chip has been streamed successfully
Ministry of Public Security: Single telecommunications network fraud continues to cause 40 % of all electrical fraud cases
Special price "kill ripe"? Bike-sharing platforms have different prices for the same package for different users
A tech company in Shanghai has been fined 220,000 yuan for swiping orders to improve its ranking on Yelp
Text message color, picture quality compression! Google calls out Apple for improving cross-device messaging
Alibaba: Shareholders SoftBank will settle in advance for advanced payment in advance involving a maximum of about 242 million ADR
It is also the collapse of the mine card: NVIDIA graphics card plummeted, AMD graphics card increases against the trend
Gaming phones also have optical shake protection: a 50-megapixel large-background master camera on the Rescuer Y70
Musk's eyes! Lei Jun released a full -size humanoid robot Xiaomi self -developed strength explosion table
Biden signed a chip and scientific bill, a video call of WeChat iOS internal test suspension window, the advanced CPU caused Win11 to be difficult to use, Huawei new machines enter...
The most popular news this week
Economic Daily: US Chip Act will not stop China Chip!
Because of violating consumer law, Google was fined about 288 million yuan
Global e-commerce revenues may shrink for the first time
Apple's M2 processor is coming down: The iPad Pro 2022 is scheduled to ship in October
Are the suitcases hot? Meteorologist alert, the climate crisis is here!
Has been taken 4 pins, the new crown vaccine, the American Pfizer CEO is positive: taking special effects medicine
A fire broke out in Nintendo Japan headquarters, and the news said that it was caused by the charging electronic device
YouTube has been revealed as early as this fall to launch an online store to support streaming platform subscriptions
Video game company Unity rejected AppLovin's $17.5 billion takeover offer
Huawei Mate 50 series first emergency mode: can make phone calls and scan when the battery is exhausted