Why does Sony continue to dominate the next generation when ps5 is released?

Sony is opening the door to the ninth generation of consoles.

The process can be said to be full of "frustrations". Microsoft's "preemptive" hardware parameters give Sony a lot of pressure. Due to the epidemic situation, the host hardware development and the preparation progress of the game lineup have been affected to varying degrees, and the highly watched E3 game exhibition has no choice but to announce the cancellation. Even this online launch was delayed by a week because of social unrest in the United States.

After ups and downs, ps5 finally came out. In the early morning of June 11, Beijing time, Sony announced the appearance details of the ps5 and the lineup of the game to be launched in the future. At this point in the game industry, Sony clearly wants to continue its past impressive achievements and open up a new and broader future.

From PS1 to PS4, Sony has dominated four mainframe generations in a row.

In the history of game consoles, the three most sold consoles are PS2, PS4 and PS1. In the PS3 generation alone, Sony lost to Nintendo's Wii by a narrow margin, but the coincidence between the Wii's "family leisure party" scene and the PS3 was not very high at that time.

In the PS4 generation, Sony is firmly in the position of "the first mainframe". The total sales volume of PS4 series models is up to 100 million, more than twice that of Xbox one series. PS4 starts at a lower price, with a richer exclusive game lineup and higher quality. In the eight years from 2012 to 2019, three Sony's own side games won the honor of TGA "game of the year", namely "the last survivor", "mysterious sea area 4" and "God of war". In contrast, Xbox's side of the game didn't even get a nomination.

Relying on one party's monopoly, Sony not only won the reputation of the players, but also achieved great success in sales. The sales volume of the whole PS4 platform game has reached an amazing 1 billion, among which the sales volume of "mysterious sea area 4", "Marvel Spider Man", "the last survivor remake plate", "God of war" and other popular monopoly masterpieces has exceeded 10 million.

In May, Sony announced that it would integrate multiple one-way game development studios to use the new brand name, "Playstation studios", obviously to continue to invest more in one-way exclusive works and strengthen its own game brand. Continue to win with premium game content in the ps5 generation.

So this time, Sony still focused on the ps5 release, announcing more than 20 upcoming ps5 games at one go. Among them, there are not only the third-party works with enough popularity, including the spirit of the devil and 2k21, but also the great works that have been sold well on the PS4. Marvel spider man, which sold more than 13 million copies of its previous work, will escort the ps5 with its new protagonist, miles. Horizon, which also sold tens of millions of copies, will be added to the ps5's game library in the near future. According to Sony's consistent thinking, the last survivor 2, which will be released on the PS4 next week, is likely to be reset on the ps5. 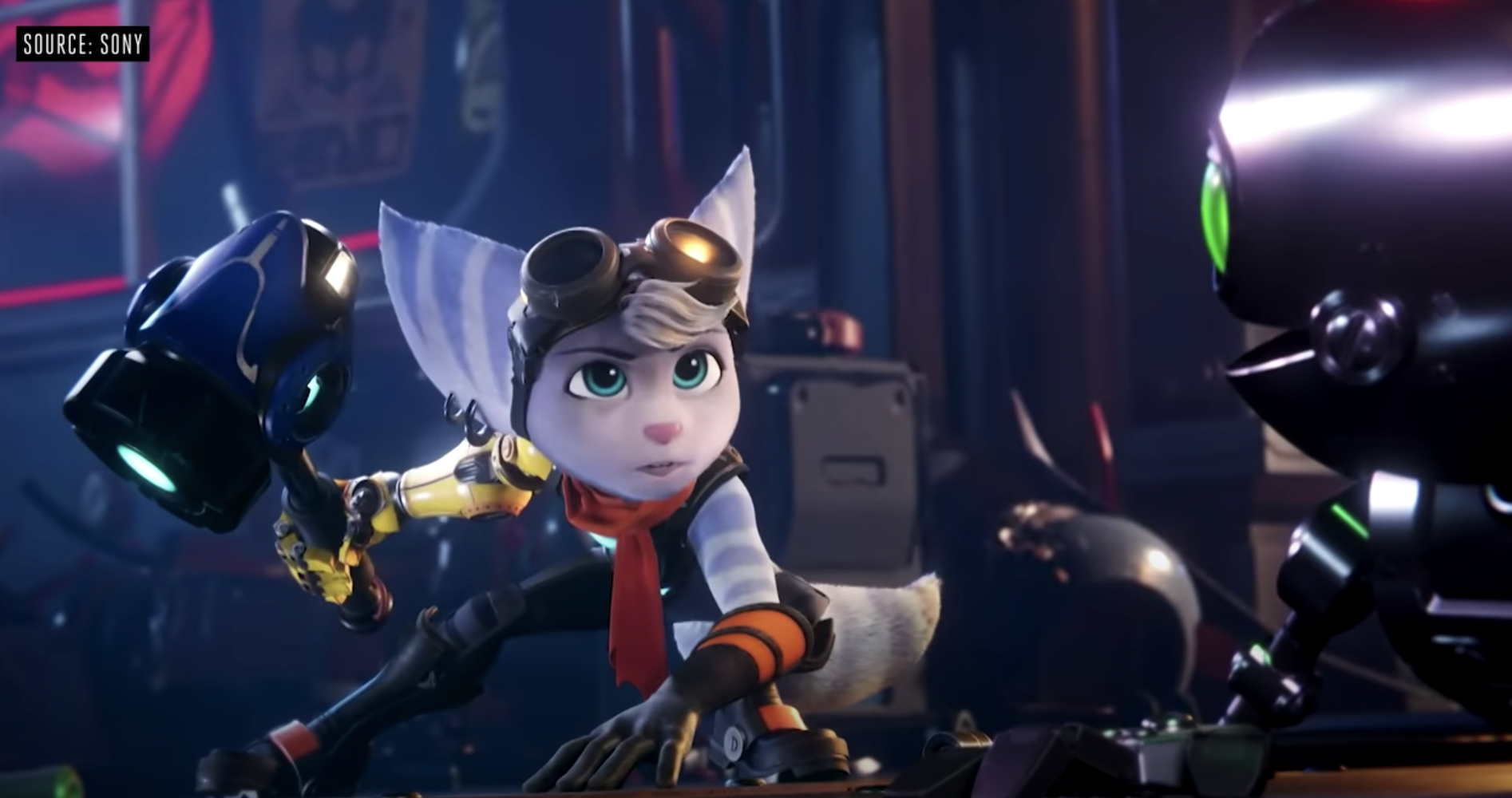 The new work of Ricky and tinkle released this time

In the ps5 game lineup released this time, in addition to those popular masterpieces, there is also a relatively small work worthy of attention, which is "Ricky and tinkle: rift apart". Although Ricky and tinkle's previous work on PS4 is not the most dazzling one, it has also received a lot of praise. The media rating on the scoring website metrics is 85 points, and the players' views and media are very consistent, with a high score of 8.5. This time in the promotional film of Ricky and tinkle, the development team added a new female role in addition to the main character Ricky, and seemed to suggest that there would be a way to play "time travel". This just confirms Sony's previously disclosed "ps5's high-speed SSD can make the game realize seamless switching of different scenes". So this work "Ricky and tinkle" is likely to be Sony's key work to show the functional characteristics of ps5, which can give players and game designers a glimpse of the more possibilities of next-generation game development.

For the ninth generation of mainframe, Sony and Microsoft have adopted the "toothpaste squeeze" mode of release.

Since last year, the news about the new generation of mainframe has been on the rise, wave after wave, but the information disclosed by each wave is very limited. First, Microsoft revealed the model settings, fixed makeup photos and parameters of its next-generation console Xbox series X several times, and then Sony announced the name, functional characteristics and specific parameters of ps5 through interviews with wired magazine and a communication meeting with game developers.

Obviously, both companies are very cautious. The game's host generation is repeated every 7-8 years, and both have made almost fatal mistakes in the past two generations, PS3 the original grotesque handle, overpriced, Xbox 360 the massive "three red" hardware quality disaste 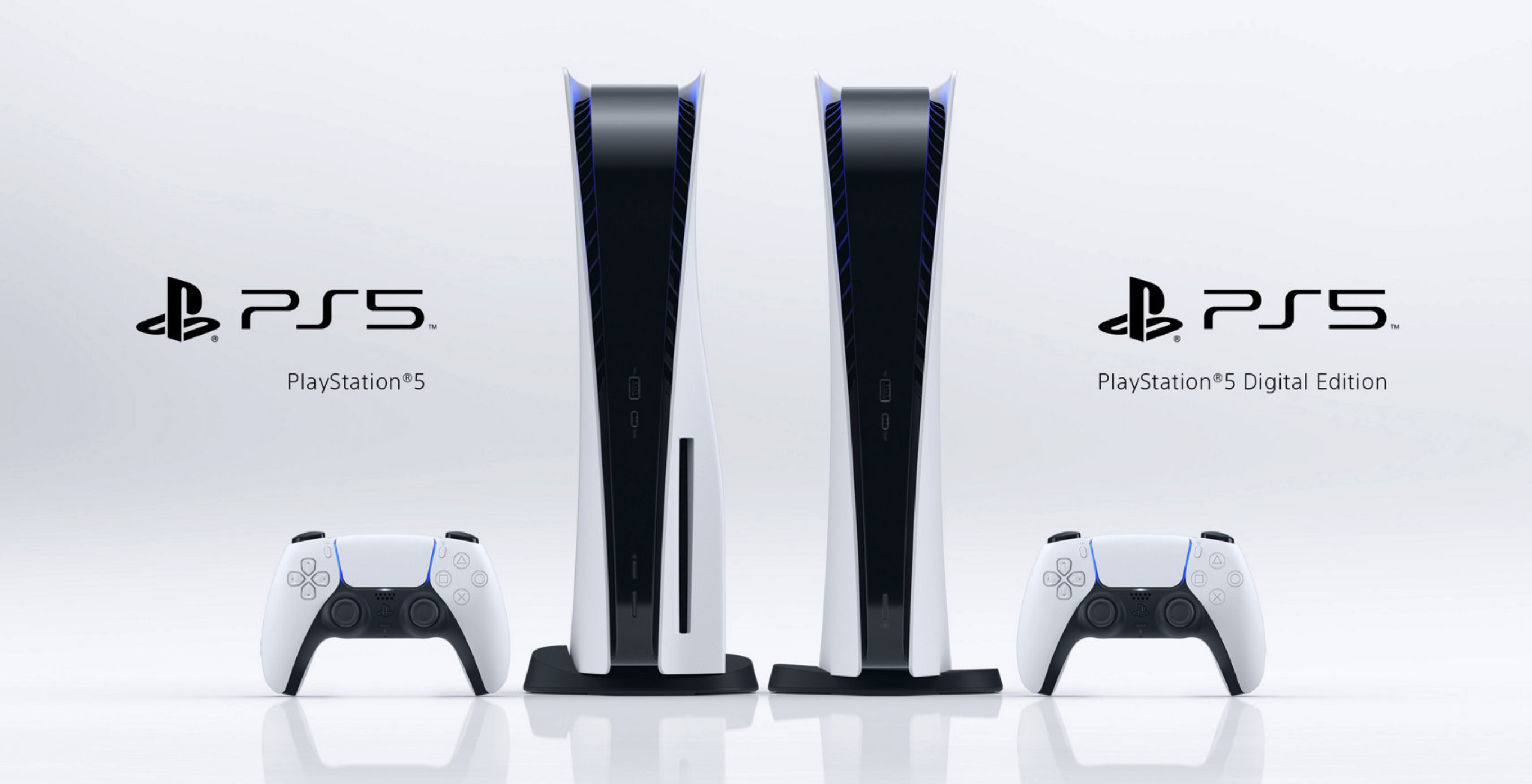 There are two versions of ps5: CD-ROM or not

This time, Sony directly announced the entire hardware configuration of the ps5. It has a black-and-white staggered color design, with blue light in the middle. It has a very "sense of future" streamlined body, sandwich structure and protruding shell. Similar color matching and design languages are used for the handle, camera, headset and charging base. Judging from the ratio of the host optical drive port and the handle, the volume of ps5 may be larger than that of PS4. With the protruding shell, it may be a little difficult to place and store, but this is not a big problem.

The parameter performance of ps5 is worse than that of Xbox series X. Especially in the most core of the game, the floating-point computing power of Xbox series X is as high as 12.155 tflops, while that of ps5 is only 10.28 tflops. And Sony's official 2.23 GHz frequency is also questionable. Is this performance achieved through forced overclocking? Can this performance be achieved in actual operation? Will there be overheating?

The bigger question is the price. A very mainstream opinion is that in the past 20 years, almost every successful console has a relatively low price, whether it is the Wii, the early Xbox 360, or the PS4, which are cheaper than competitors. So that the mainframe industry has formed a business model of "losing money and making money by selling games". Now neither Sony nor Microsoft has announced the price of their own mainframe, but because the performance of ps5 is a little worse than that of Xbox series X, Sony should be under more pressure than Microsoft, and it is likely to wait until the last minute to announce the price.

The beginning of the ninth generation

Throughout the eighth generation, Sony's success is not only the success of sales, but also the precipitation of status.

Both Sony and Microsoft have announced that their new console will be compatible with the previous generation of games. This means that more than 100 million PS4 players will continue to choose ps5 instead of Xbox series X. They may have more than dozens of games in their accounts, and the ps5 can be bought back and played in a second. A year ago, when the news that ps5 will be downward compatible with PS4 games just came out, a few players even directly charged Sony's PS plus members to 2025. Long term investment and precipitation have become the unparalleled first mover advantage of ps5. The live broadcast of ps5 conference has exceeded 10 million views on YouTube alone.

As the winner of four consecutive mainframe generations, Sony certainly hopes to succeed in the next seven years. It brings a design idea of "moderate" hardware, leaving a lot of space for themselves. In the future, ps5 is feasible whether it wants to take a step back in price reduction and promotion or further launch performance upgrades. In terms of software, Sony also continued its previous strategy, vigorously invested in the development of one-party games, while opening the door to third-party games and consolidating its content assets. With such a strategy, it's hard to imagine Sony failing.

2020 is a year of both challenges and opportunities for the console game industry. This is the seven-year turn of the mainframe industry, but the impact of the epidemic has almost brought all publicity and market activities to a standstill. There are no shortcuts, no tricks to play, and every family can only "speak by strength". But often in such an environment, truly excellent products and content will stand out.

2020 is bound to be a "difficult" year, but the game industry has experienced more waves. Host manufacturers, game developers, and players have already formed a deeper understanding and interaction mechanism between them to contribute to an industry that is not particularly mainstream. This kind of connection will not be easily broken due to the suspension of a game exhibition and the impact of a wave of economy.

Because a good game is not only a kind of "entertainment", it is like a seed, which will not only bring a shocking experience to players, but also lay a longer-term recognition and expectation in their hearts. All these hardware forms, game concepts, playing methods and fun together are the charm of the ninth art. When the festival season comes and ps5 is put on the shelves of shopping malls all over the world, more people will realize the beauty of this art.