Intel today announced that its top chip designer, Jim Keller, resigned for personal reasons took effect immediately. But for the next six months, Keller will continue to be a corporate consultant to assist in the handover. Just as Moor Insights&Strategy analyst Patrick Moorhead said in a message ," Jim Keller is a rock star among chip designers and Intel is losing a great architect. 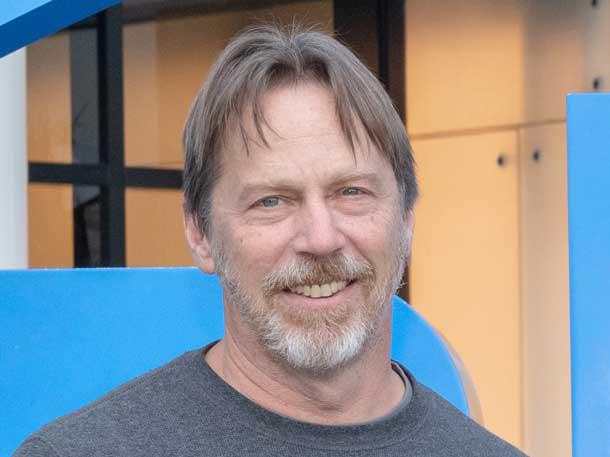 Leaving Intel is Keller's seventh time. In the past 20 years, Keller has been working between AMD, apple, Intel and Tesla. He has studied alpha, x86, MIPs, AI and arm all over the world and participated in several top chip designs in the electronic field, known as "chip God".

Keller began his career in Dec. in 1998, he participated in the design of alpha21264 microprocessor, which was a processor running at 500hmz with 1GHz memory cache, the fastest processor in the world at that time. This laid the foundation for his later development.

In the same year, Dec was acquired by Compaq, the alpha project was terminated, amd immediately recruited a large number of alpha project engineers, and Keller was recruited. During his tenure in AMD, Keller participated in the design of Athlon (K7) processor and became the director of K8 project. The project overturned the 64 bit Itanium chip of Intel (the same article needs to be written in a unified way), which helped AMD company to enter the industry for the first time The summit of the world. But in fact, before the completion of the project, the second year Keller joined AMD, Keller chose to leave and join a start-up company, sibyte, to develop MIPS architecture processor. Later, sibyte was acquired by Broadcom, and Keller became the chief chip architect of Broadcom.

Keller is not satisfied with only working at the end of the chip, he focuses on the development of the times, from the PC side to the mobile side. As a result, he moved to a start-up company a semi, which focuses on mobile processor development, as chief engineer in 2004.

In 2008, Apple plans to break away from dependence on chip manufacturers and acquire the PA semi team to design its own A4 / A5 series chips, which are used foriPad,iPhone,iPodAnd mobile devices like Apple TV, and Keller is in charge of the A-Series chips.

In 2012, Keller joined amd again to develop high-performance and low-power processor cores, leading the development of Zen architecture. Just like leaving amd for the first time, Keller chose to leave before the chip based on Zen architecture was officially launched, and then transferred to Tesla research automotive chip to help Tesla launch the AI chip far beyond GPU.

After leaving Tesla, Keller joined Intel in 2018. The leadership team focused on the integration and development of SOC. After two years, Keller chose to leave again. This time, as before, Keller may leave something or march into a new field. 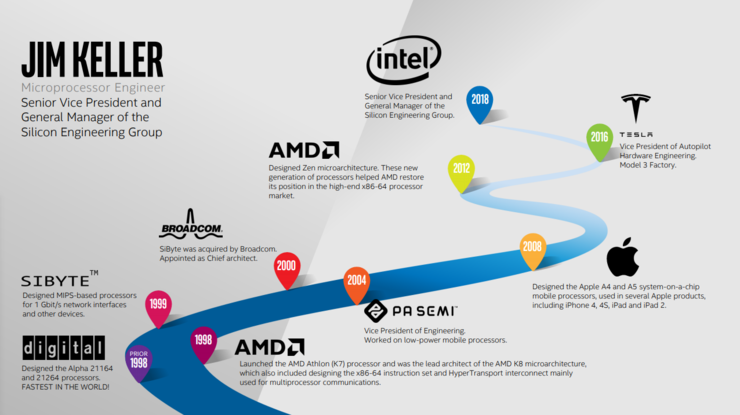 When we look at Keller, what is Keller thinking?

We are also curious about Keller's reasons and motives for choosing to leave one company or join another. In response to this problem, Keller has said in many interviews that in the course of his career, there are no so-called plans, all random jobs and interesting experiences. His plan is just to know people, feel where they are, and do something interesting. Keller's work ethic is to focus on interesting questions, and to pay attention to the details and problems in design.

For him, Apple's attraction lies in jobs and smart mobile devices, while Intel's attraction lies in its scale. He was hired as the vice president of silicon senior engineer at Intel, and there are many SOC teams and CPU teams to perform the work, which has a lot of room for him to play.

Now that I left Intel for personal reasons, I wonder if Keller has found the next more interesting place.

Where will the next stop be?

Just like Keller's work principle, we can't wait for the moment when new technology and new products are officially launched, and we will turn our attention to new directions and find the next exciting, so-called interesting thing.

As for the next step, Keller may turn to AI chips again to open up the new field of artificial intelligence; perhaps return to AMD for the third time to solve some new problems; or return to apple to help Apple turn from Intel processor to arm processor.

No matter where the next stop is, the action of the chip star is always expected.

Related news
Intel heavyweight official: ray tracing graphics card is coming!
How good is Jim Keller, the father of AMD Zen and vice president of Intel? Silicon Valley chip God
What exactly is Jim Keller thinking about leaving Intel chip God?
Chip industry "rock star" Jim Keller leaves Intel: what does God want to do?
When Jim Keller, a rock star in the chip industry, left Intel, what was chip God thinking?
Intel CPU bull Jim Keller leaves, GPU executive Raja replaces
Why did Jim Keller leave Intel? It's really family
Jim Keller joins an AI chip start-up
Hot news this week
Tesla's response to the spontaneous combustion and explosion of Shanghai model 3: preliminary judgment that the accident was caused by the collision under the car
Pinplay: has filed a lawsuit against Tesla for infringing pinplay's reputation right through the Internet
China's auto chips stopped in Europe and America? Official response
Global chip crisis worsens Ford closes German factory for one month
Full screen bomb is playing crazy wechat Android version 8.0 beta version comes with download
Huawei upgrades 2021 notebook models of matebook series: 11 generation core from 5499 yuan
Girls will be tied to the doll on the back to take home during the holiday netizen: This is too caring
Intel and AMD motherboards are in chaos
NVIDIA's acquisition of arm may be rejected by one or more regulators
MIT biologists reveal why cancer cells waste so much energy
The most popular news this week
ASUS releases Pro WS wrx80e-sage se WiFi motherboard
ASUS Rog flow x13 benchmark exposure: sharp dragon r9-5950hs is 30% higher than Renoir
A big change in the office of the president of the White House: an extra piece of lunar rock (photo)
Foreign media: reviewing the decision to ban Trump's account or a major turning point for Facebook
Why increase anal swab sampling for new coronal nucleic acid detection? Experts: improve detection rate and reduce missed diagnosis
Full recovery of chip supply: CEO Zhao Ming will build his own mate and P series flagship
Intel will outsource orders to TSMC and Samsung: its GPU will use 4nm process, the source said
Samsung Galaxy note 20 Fe exposure: or the best of Note Series
Optional update for windows 10 version 1909: fix directory name invalid error
What does the new coronavirus look like? First 3D image exposure: like a ruined planet