Progress of official seal incident of dangdang.com: Police judge that Li Guoqing has no illegal act

Today, Sanyan finance and economics learned that the public security bureau had closed the case of Li Guoqing, founder of dangdang.com, robbing the official seal, and the investigation result showed that Li Guoqing had no illegal act. On April 26, Li Guoqing led four big men to the headquarters in Dangdang, Beijing, and staged a "chapter grabbing drama". 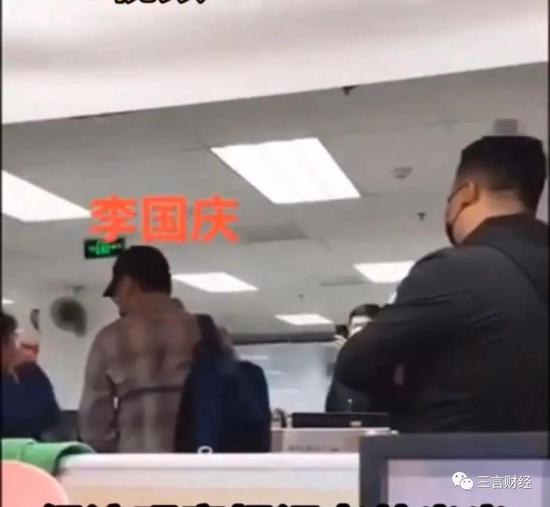 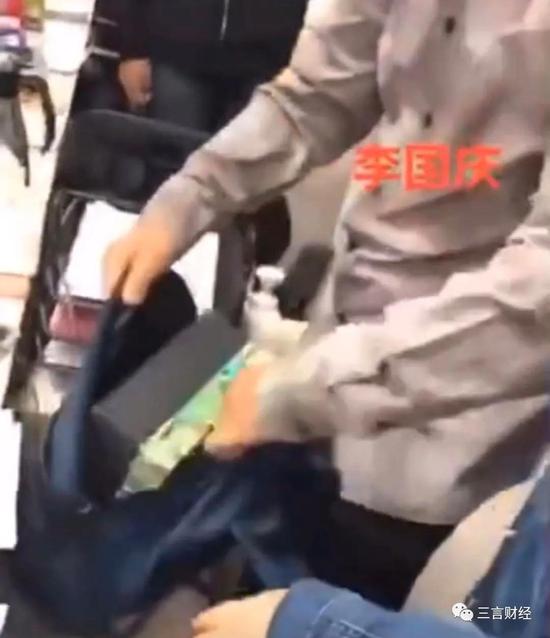 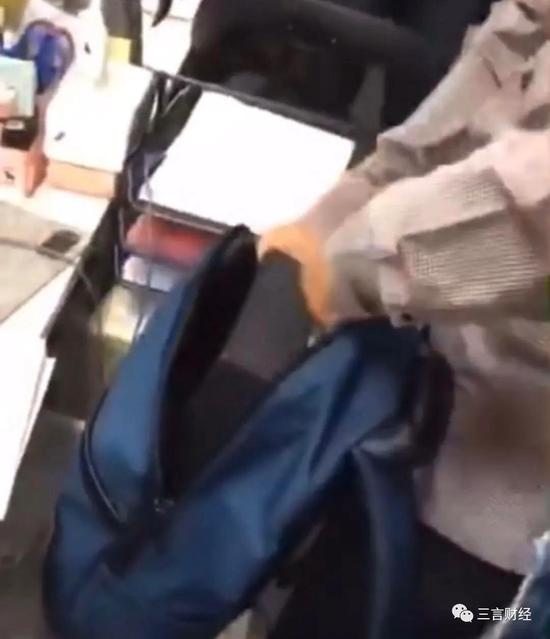 According to Dangdang employees, on April 26, when Li Guoqing arrived at the company, he went straight to the employee who kept the official seal and took all the administrative and financial official seals of Dangdang in the name of shareholders. Some of the four men who went with Li Guoqing were in charge of video recording and some were allegedly lawyers.

When the administration later called the police and locked all the doors in an attempt to prevent Li Guoqing and his party from going out, but failed to prevent it from leaving. Yu Yu, Li Guoqing's wife, did not go to work before Li Guoqing and was not in the company. 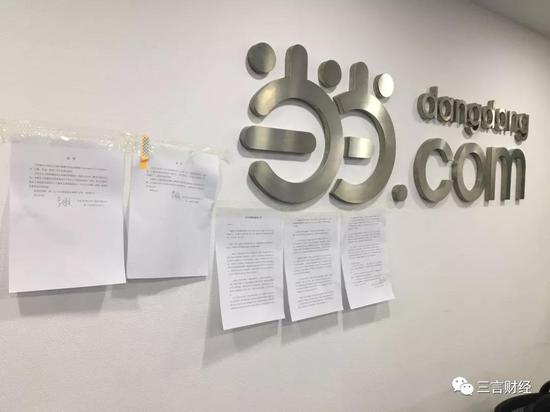 In addition to taking away the official seal of Dangdang, Li Guoqing posted a "letter to all employees of Dangdang" in the company, listing various "improper behaviors" of Yu Yu and saying:

Li Guoqing has held an interim shareholders' meeting on April 24 in accordance with the law, and made a resolution: the company establishes a board of directors, with Li Guoqing, Yu Yu, Chen Li, etc. as directors, and Li Guoqing is elected as the chairman and general manager. Yu Yu will no longer be the current executive director, legal person and general manager since April 24, and will be elected as a director.

As the current chairman, legal person and general manager, Li Guoqing has the right to take over the company in an all-round way according to law and take charge of the company's operation and management.

In addition, employees who have been dismissed can return to their posts and will receive dividends from shareholders.

On April 30, Yu Yu sent an email to all employees. The email said that Li Guoqing sued for divorce last year, more to get Dangdang shares, the court's trial is still in progress. For his own benefit, he ignored the legal process and arbitrarily disturbed Dangdang. From cup falling to chapter grabbing, he will continue to perform farce, except for eating melons, which we don't need to pay attention to.

Yu Yu said, "dangdang.com has not held a shareholders' meeting or amended the articles of association. Li Guoqing is not Dangdang's management. The company has already ended labor relations with him. He has made trouble as a shareholder. We have reported the case."

According to Sanyan finance and economics, if Dangdang failed to report the loss of the official seal, and now the public security organ determines that Li Guoqing has no illegal act, the seal document issued by Li Guoqing may still be valid at present.

If Yu Yu wants to overturn the effect of the official seal in the hands of Li Guoqing, he may have to go through legal procedures, apply for behavior preservation in the lawsuit, ask the court to issue an injunction, and temporarily prohibit the implementation of the resolution and appointment announcement issued by Li Guoqing. Dangdang company and Yu Yu Yu need to cancel the resolution of the shareholders' meeting in accordance with the law before they can fundamentally overturn the sealed document issued by Li Guoqing, but the lawsuit of canceling the resolution of the shareholders' meeting may take a long time.

On May 19, Sanyan finance and economics received a report that Yu Yu planned to convene lawyers, experts and the media to hold a symposium to lead the economic disputes caused by Li Guoqing's act of seizing the chapter to criminal cases.

According to the report, the theme of the symposium is to classify the cases of chapter robbing and business license, compare Li Guoqing with the employees of Bitian mainland who have been taken compulsory measures, discuss how to interpret and implement the criminal law at present, and guide the economic dispute cases to the criminal direction;

Secondly, it discusses the ownership of marital property, and how to interpret the current industrial and commercial registration of the equity ratio in divorce proceedings.

Dangdang.com issued a statement, saying that Li Guoqing, together with five people, broke into dangdang.com's office area, robbed dozens of official seals and financial seals, and the company had called the police;

Li Guoqing said in the media group that the first step is to take over the official seal and financial seal of Dangdang company, and then he will enter Dangdang;

Li Guoqing issued a notice with the official seal of Dangdang, announcing that he was the chairman and general manager of dangdang.com, and the resolution of the shareholders' meeting was approved by more than half;

Dangdang employees exposed the video of Li Guoqing "grabbing the official seal". The video shows Li Guoqing wearing a cap, a black mask, a backpack, and four entourages nearby. In addition, there was no conflict at the scene, Li Guoqing calmly put the official seal into the bag;

Li Guoqing announced the "Dangdang personnel adjustment announcement" with the official seal of Dangdang company, and appointed Yu Yu to be in charge of the public welfare fund of Dangdang network. Previously, he was in charge of the press conference of dangdangdang and "hoped that the further Li Guoqing was away from Dangdang, the better." he was changed to vice president of finance, no longer in charge of department stores and market department.

Dangdang.com responded to Li Guoqing's "personnel announcement" that the official seal used by Li Guoqing had been reported as lost, and the sealed document issued by him was invalid;

On the evening of the 28th, Li Guoqing was atmicro-blogHe said that the disputes between the current shareholders are temporary, "we, the major shareholders of the couple, have not done a good job, and we apologize for the trouble caused by you.",

Yu Yu sent an email to all employees saying that in order to get Dangdang's equity, Li Guoqing ignored the legal process and disrupted Dangdang wantonly; he would continue to perform farce and everyone would ignore it except eating melons. In addition, Yu Yu also stressed that dangdang.com did not hold a shareholders' meeting, did not modify the articles of association, and Li Guoqing was not Dangdang's management; he used his shareholder status to cause trouble, and the company had reported the case;

On the same night, Li Guoqing, on behalf of Dangdang, sent a "letter of explanation" to the partners, stating that on April 24, Li Guoqing was elected as the chairman and President of Dangdang by the vote of shareholders and took over Dangdang comprehensively. The letter expressed thanks and apologies to the partners, emphasizing that the economic disputes between the major shareholders of the husband and wife have nothing to do with the employees and customers, and will never affect the normal operation of Dangdang.

Li Guoqing said in an interview that when the divorce case with Yu Yu did not hold court for a long time, Yu Yu refused to hold court in March;

Li Guoqing denied rumours that he had made peace with Yu Yu. According to media reports, Li Guoqing and Yu Yu made peace, and both sides decided to launch the domestic listing of dangdang.com. In response, Li Guoqing said, "there is no such thing";

It is said that Yu Yu plans to hold a symposium to lead the economic disputes caused by Li Guoqing's act of seizing the chapter to criminal cases.

Related news
Wang Chuan Li Guoqing seizes the official seal of dangdang.com to say that the husband and wife of the company take over the company and perform again to seize power?
Li Guoqing take over Dangdang net effective? Vice President: The company is in Yu Yu's hands
Li Guoqing staged "the temptation to go home ", Dangdang net: the farther you are the bette
Grab the official seal and seize the control of the company! Li Guoqing and dangdang.com jointly declared that they would fight against each other to the end
Dangdang.com vice president Yi Min: Li Guoqing's "seizing power" is ridiculous
Dangdang's response to Li Guoqing's appointment: farce, official seal has been reported missing
Dangdang.com responded to Li Guoqing's "personnel announcement": invalid, the official seal has been invalid
Progress of official seal incident of dangdang.com: Police judge that Li Guoqing has no illegal act
Dangdang's response to the official seal incident: administrative reconsideration has been initiated
Hot news this week
Behind the exposed layoffs, China has praised the loss growth, and the stock price has fallen 67% in three months.
The news said that the Wi-Fi7 chip uses a 7/6nm process to stimulate QFN packaging and aging testing needs
Alipay life channel 20 million people see Wufu Sheng Xiaoka lottery live, fans: difficult for the public
The U.S. government is introducing new policies to attract international students in fields like science and technology
The U.S. Senate Committee passed the tech antitrust bill, and giants such as Apple and Google rose to the challenge
It has been exposed that it will be acquired by Tencent: the Black Shark 5 game mobile phone is officially announced!
China has successfully developed the world's lowest power phase change memory: a thousand times lower than mainstream products
Microsoft Apple Meta seizes the XR market, the Samsung of the fillet folding screen mobile phone or wants to catch up
K50 e-sports edition opponent is coming! A new Chinese phone released in February: it claims to be the best gaming phone
Station B Bilibili 2021 Top 100 UP Main Selection: 63% of new entrants, double the proportion of scientific and technological knowledge
The most popular news this week
7 years! The classic control panel doesn't die: Windows 11 takes another step back
All color renderings of the Samsung Galaxy S22/Plus/Ultra flow out
Indian smartphone shipments increased by 12% of China's reputation points near 68% share Samsung plans to add code
Three months after launch, Microsoft is "happy" with Windows 11: more successful than previous systems
Google announces the abandonment of FLoC: launches a new Topics API to replace third-party cookies
Reveal the "land Probe 1 A star" space autopilot: "time and space revisit" to predict geological disasters
Circle of friends can send more than 9 pictures weChat iOS version 8.0.18 official version of the new content public
Douyin push incentive plan: carry forward China's excellent traditional culture
Common software is spitted in an amazing: mobile phone app memory
A rocket launched by the United States 7 years ago was about to hit the moon and self-destruct: the speed was staggering