In addition to providing various security updates, the built-in update mechanism of windows 10 system will also install new drivers for functional components such as video card, network and Bluetooth. When the driver of Bluetooth and other specific components is upgraded and is not compatible with the new version of the operating system, windows update will try to install the compatible driver version from Microsoft's driver mall. 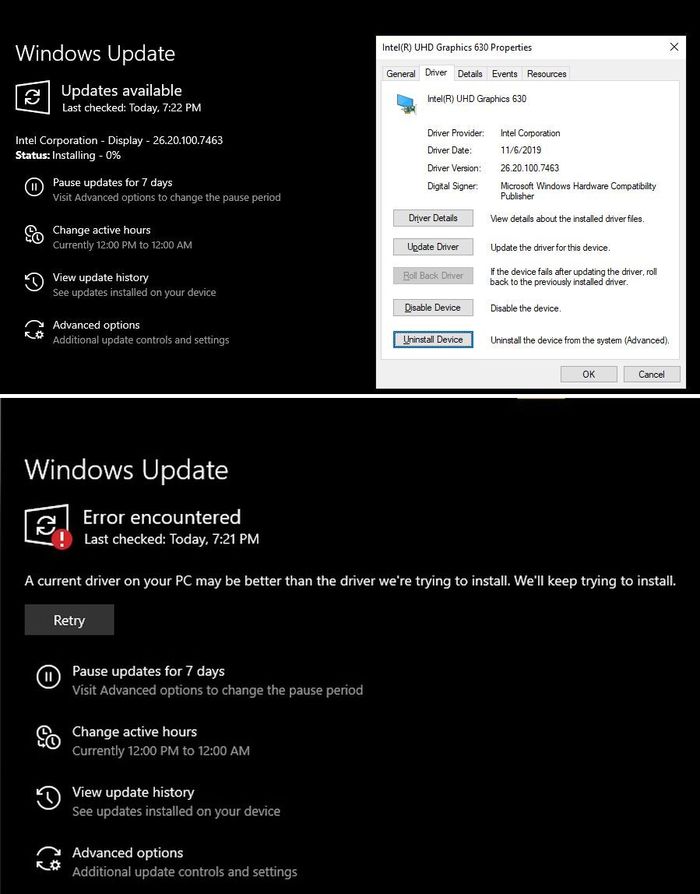 One user in the feedback hub said:

After successful installation, windows update also attempts to install Intel Corporation – display – 26.20.100.7325. Finally, an update error is given to indicate that a better driver is installed, but it attempts to install the same driver exactly.

On twitter, Microsoft's windows dev account indicates that this problem may be caused by updating the cache, which can be solved by the following steps:

2. Double click the windows update entry and stop the process.

4. Select and delete all files or folders.

6. Check for updates and the driver will disappear.

If the problem persists, you can also uninstall the Intel GPU driver in device manager and restart the system. After restart, your PC will only use basic / general drivers. Windows update should be able to install updated drivers, which were previously blocked due to conflicts with existing drivers.