10 Pro configuration: it was fake

As shown in the diagram, the machine uses Hz 120 display screen,Equipped with the flagship platform of Qualcomm snapdragon 865, it has a 100 million pixel main camera, 12 times optical zoom and 65W super flash charge.

For this A netizen asks Redmi product director Wang Teng to verify, get reply is 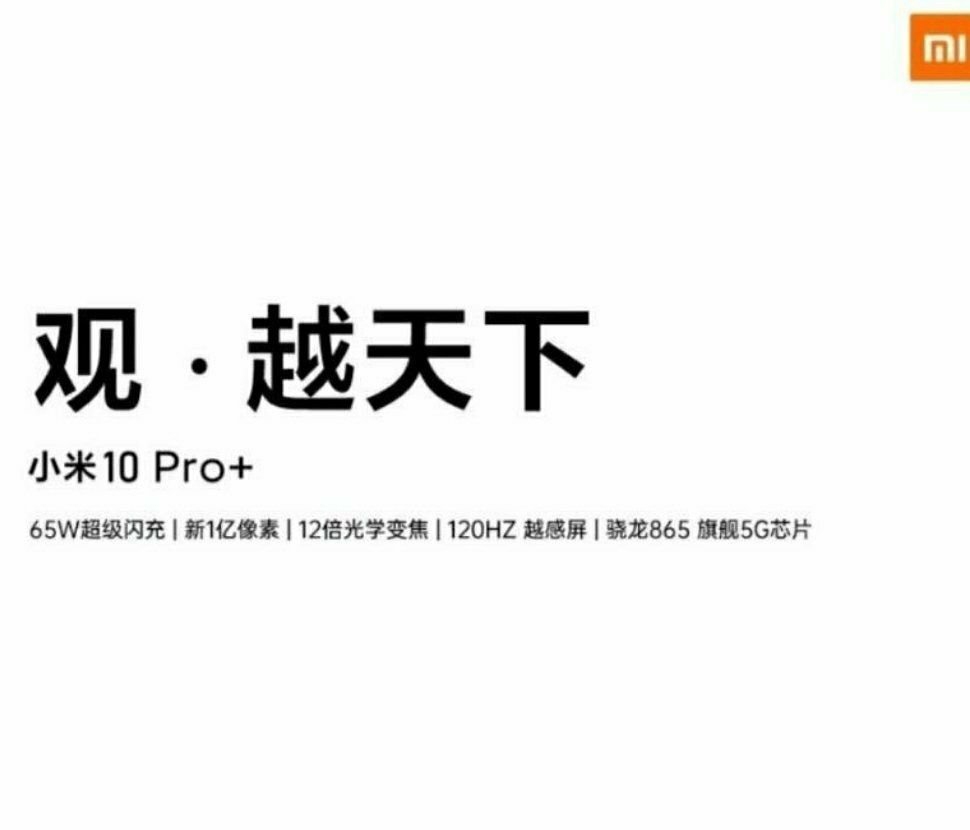 before Xiaomi founder, Xiaomi Group Chairman and CEO Lei Jun in Xiaomi 10 youth version of the press conference hinted that Xiaomi will have a super cup flagship, may be named Xiaomi 10 Pro..

Xiaomi 10 Pro if it really exists, then it will have a more powerful configuration than Xiaomi 10 Pro.

In addition to the flagship specifications such as Xiaolong 865 platform, UFS 3.1 flash memory and lpddr5 memory, Xiaomi's super large cup flagship is likely to upgrade the screen, image, charging and other aspects again, which is worth looking forward to.

Previous bloggers @ digital chat stations have hinted that Xiaomi will launch its new flagship around July, not to mention