In order to adapt to the changes of the market environment and strengthen the competitiveness of the models, it is reasonable for the auto manufacturers to reduce the price. But like Tesla, there are few car companies that cut prices once a month on average.Moreover, because of frequent price cuts, many old car owners who bought early felt that they were suffering losses and were cut "leek". After all, if you wait one more month, you can spend tens of thousands less on the same car.

However, Tesla, which has always gone its own way, obviously will not stop the price adjustment, and the owners of early buyers can only accept the fact that they are "leeks" with tears.

On June 15, it was reported that Tesla Model s would reduce its price here by 5000 US dollars (about 354400 yuan). But the claim has not been officially confirmed. If the price reduction is true, the price of domestic imported model s models will also be greatly reduced.

In fact, Tesla Model S lowered its selling price in North America by 5000 US dollars in May 27th. In the Chinese mainland market, the Model S of imported models also cut the base price synchronously, and the adjustment amount was down by 29000 yuan.

In addition, today, Tesla's official website issued a statement that from now on, all North American model s long-range upgraded vehicles have 402 miles (about 647 kilometers) of endurance officially prescribed by the United States National Environmental Protection Agency (EPA), which is nearly 20% higher than the 2019 model s 100D with the same battery pack design.

Moreover, Tesla CEO Elon Musk (Elon Musk) tweeted that Tesla was Model S, the first electric vehicle to be tested by the U.S. Environmental Protection Agency with a range of more than 400 miles. 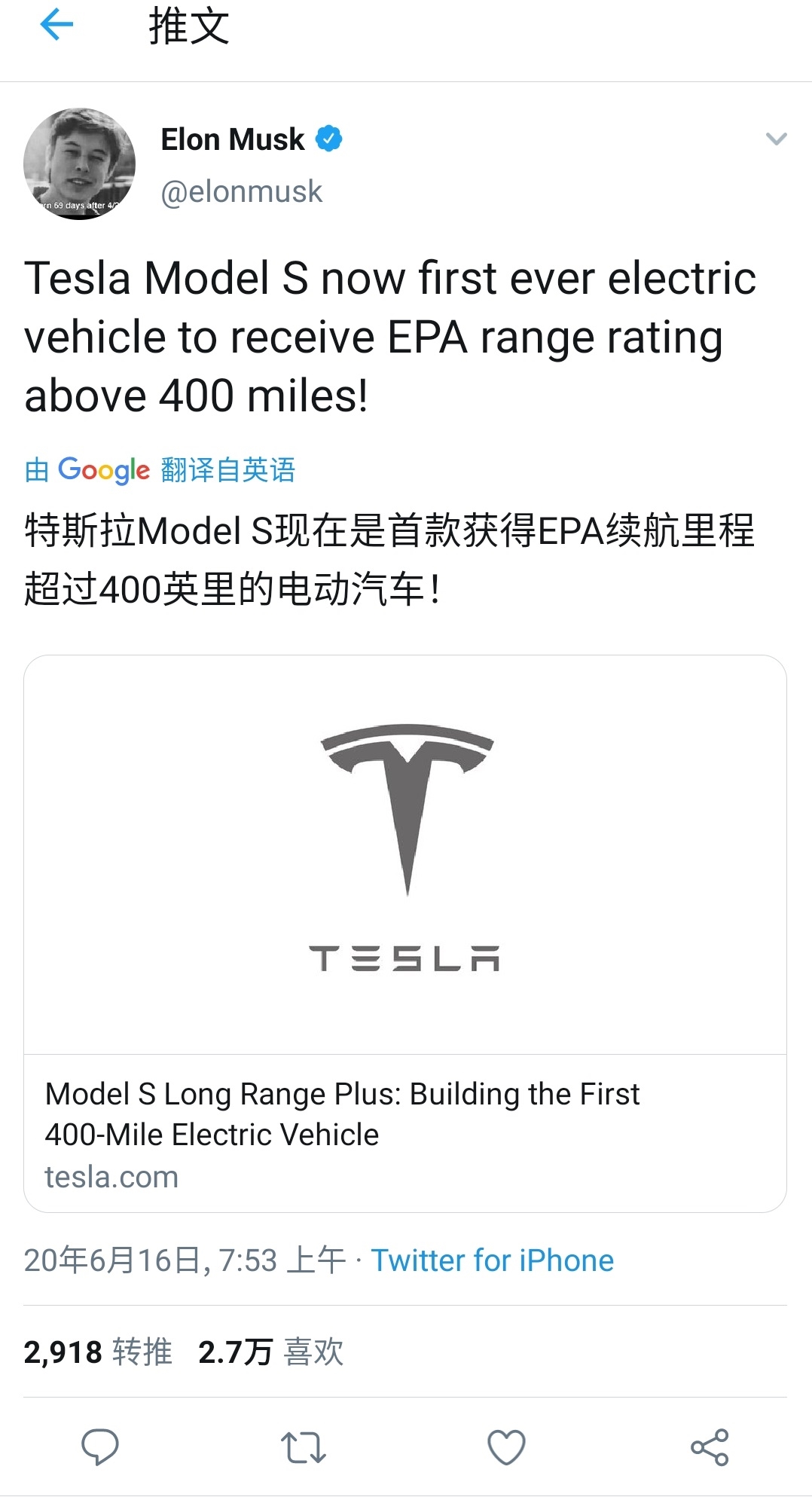