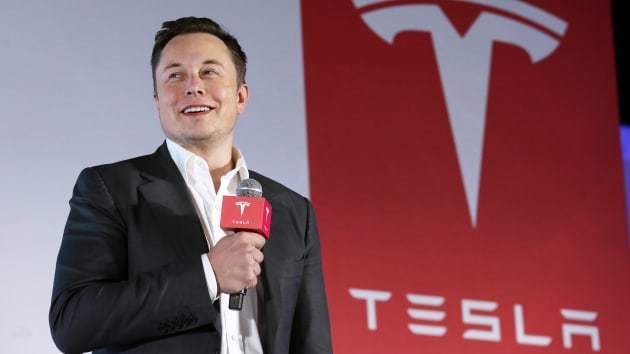 According to Tencent technology, Tesla, an American electric vehicle manufacturer, is involved in the lithium battery business, and cobalt is an important mineral material for lithium battery manufacturing. Tesla recently signed an agreement with Glencore, a global mining giant, to purchase a large amount of cobalt materials for the production of lithium batteries in Tesla's new plant, a financial media source quoted on June 16 as saying.

According to foreign media reports, Tesla plans to use Glencore's Cobalt in its new plant and other manufacturing bases in Brandenburg, Germany.

Glencore is also the world's largest supplier of cobalt. According to the cooperation agreement between the two companies, the company will provide up to 6000 tons of cobalt to Tesla every year.

According to reports, Tesla has used Glencore's Cobalt in its plant in Shanghai, China.

However, various news shows that Tesla is ready to enter the field of lithium battery, which further reduces the cost of battery and vehicle (lithium battery is the biggest cost of pure TRAM).

Tesla is building a huge manufacturing base in Brandenburg, Germany. In addition to the model 3 and model y electric vehicles, the base will also produce lithium batteries. In addition, foreign media also reported that Tesla plans to add lithium battery production lines to its plants in Shanghai, China, so as to supply model 3 and model y production lines in a short distance.

In the past few years, tesla has acquired a number of companies involved in lithium-ion battery production technology, and has obtained a number of technology patents, which can lithium battery life and life.

According to foreign media reports, Tesla is working with Ningde times to develop a lithium battery with a service life of more than 1.6 million kilometers (million miles). The new battery may be installed on the domestic model 3 at the end of this year or early next year.

It is also reported that Tesla's Cobalt procurement will come from the Democratic Republic of Congo. Since 2008, Glencore has been operating a copper mine in the Katanga region of the country and producing cobalt as a by-product.

It is worth mentioning that the use of cobalt will lead to higher costs of lithium batteries, in addition to the purchase of cobalt, Tesla is also actively using cobalt-free batteries

Related news
NVIDIA Tesla v100s low-key release: full speed up to turn into Tu Haojin
13 years of history NVIDIA gave up Tesla brand in a low-key way: name collision with electric vehicles
NVIDIA gives up Tesla brand in a low-key way: because of its name collision with famous electric vehicles
Tesla will purchase 6000 tons of cobalt from mining giants every year to produce lithium batteries
Hot news this week
Titanium Media Publish Assesum: People's Bank: Digital RMB Winter Olympics pilot has entered the sprint phase; Tesla announced that 250,000 Powerwall energy storage power stations have been installed
Capital does not love SAIC, "flying" subsidiary, Jet Hydrogen Technology intends to go to science and technology board
Study on the sequelae of COVID-19 in the Chinese team: Shortness of breath, depression and other problems still existed nearly one year after discharge
Tencent responded to "APP to get ridiculous": Upgrade APP is now downloaded for user rights protection
Great Wall electric car goods wrong board! Little sister rights: female car owners are not stupid money
US media: If it is unable to quickly solve the problem of incomplete behavior in the company, the moving Blizzard CEO will consider resignation
Gree announced the implementation of the double-holiday work system Dong Mingzhu from the media voice netizen God reply
Wechat: It will not be possible to create an account for controlling comments and Revelations related to star artists
Netease Cloud Music will soon be listed on the back of 200 million monthly live users how to make money
The ninth batch of online anchor warning list announced Wu Yifan, Zheng Shuang and other 88 people in column
The most popular news this week
Huawei Watch GT 2/2E Upgrade: Download third-party apps
Miit: China's 5G terminal users reach 450 million! Accounting for more than 80% of the world
Sources say tesla's German plant will start production in December, while Volkswagen's Audi will start production of the Q4
The first batch of invited to become Apple ecological developers, Bunkes launched a variety of Magsafe accessories
Intel ignition level 56 core bubble! AMD can go to sleep
5G Core Standard Essential Patent Competition: Huawei Wins again!
MIUI development version upgrade! 4G was "discriminated against"
Tea Party CEO Tan Jong: Bringing together youth and women to build a new future for Asia
The birth of the Chinese own genetic variability is named "female 娲"
The most dead industry: the Internet can only row the second first thoughts