will Apple Glass be the first reliable AR glasses in 2020? 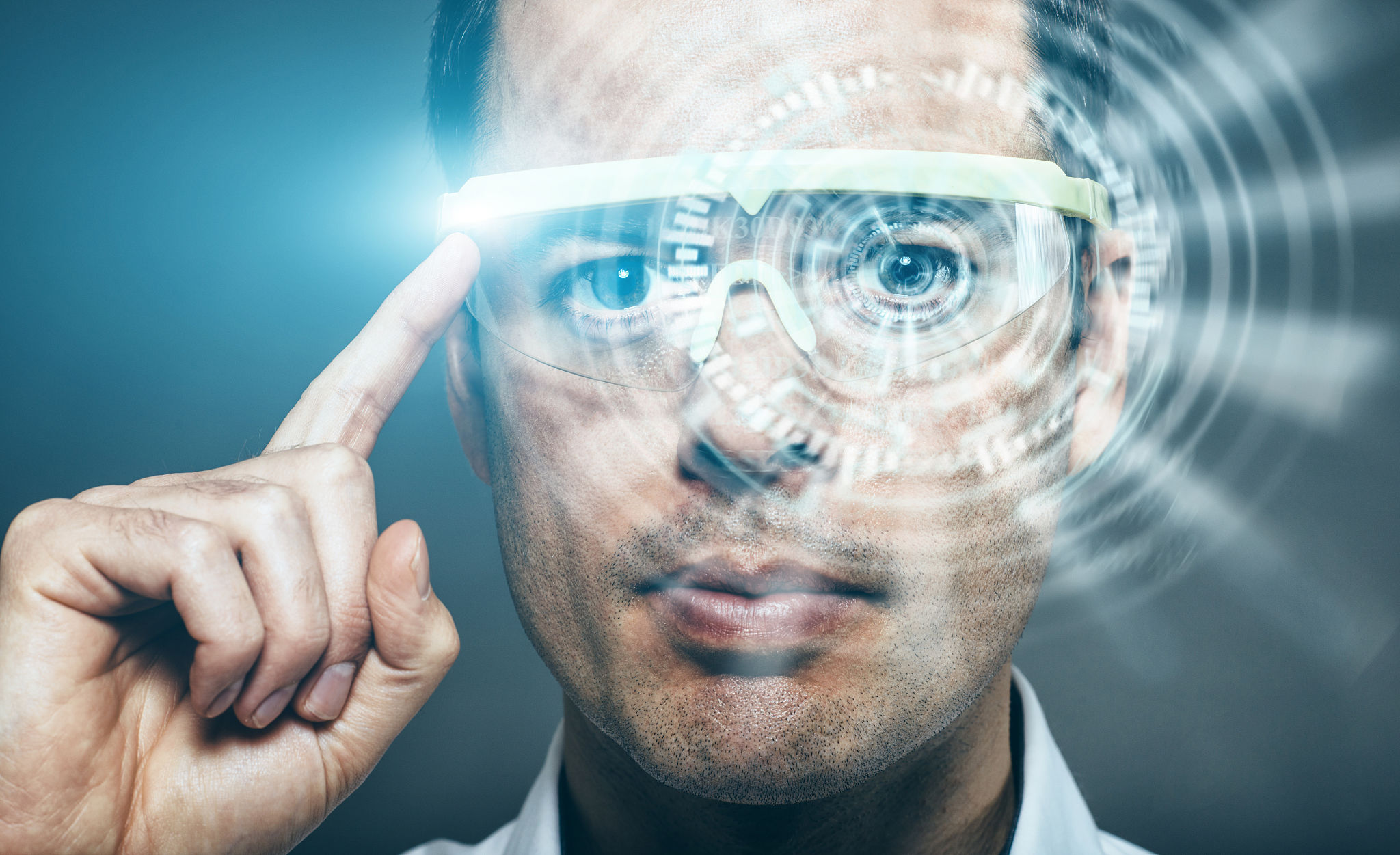 Since the birth of Google Glass in 2012, AR glasses have moved dramatically from being touted by everyone. Now eight years later, with five G、AI of development, AR glasses seem to be warming up again, perhaps to be placed in the hope of becoming the next generation of computing platform, the major technology giants are scrambling, from time to time will show their research results in the field of AR, but it is always a bit of thunder, not come up with something practical. And so some people would say that if one day Apple also introduced AR glasses, it might prove that the industry is mature.

Just a few days ago, Jon Prosser, who accurately disclosed the iPhone se, said that apple is currently testing an AR glasses prototype called Apple glass, which is expected to be released in 2021. Soon, however, mark gurman, another Bloomberg reporter with an accurate record of Apple's revelations, believed that Jon's ar glasses news was "completely fictitious.". 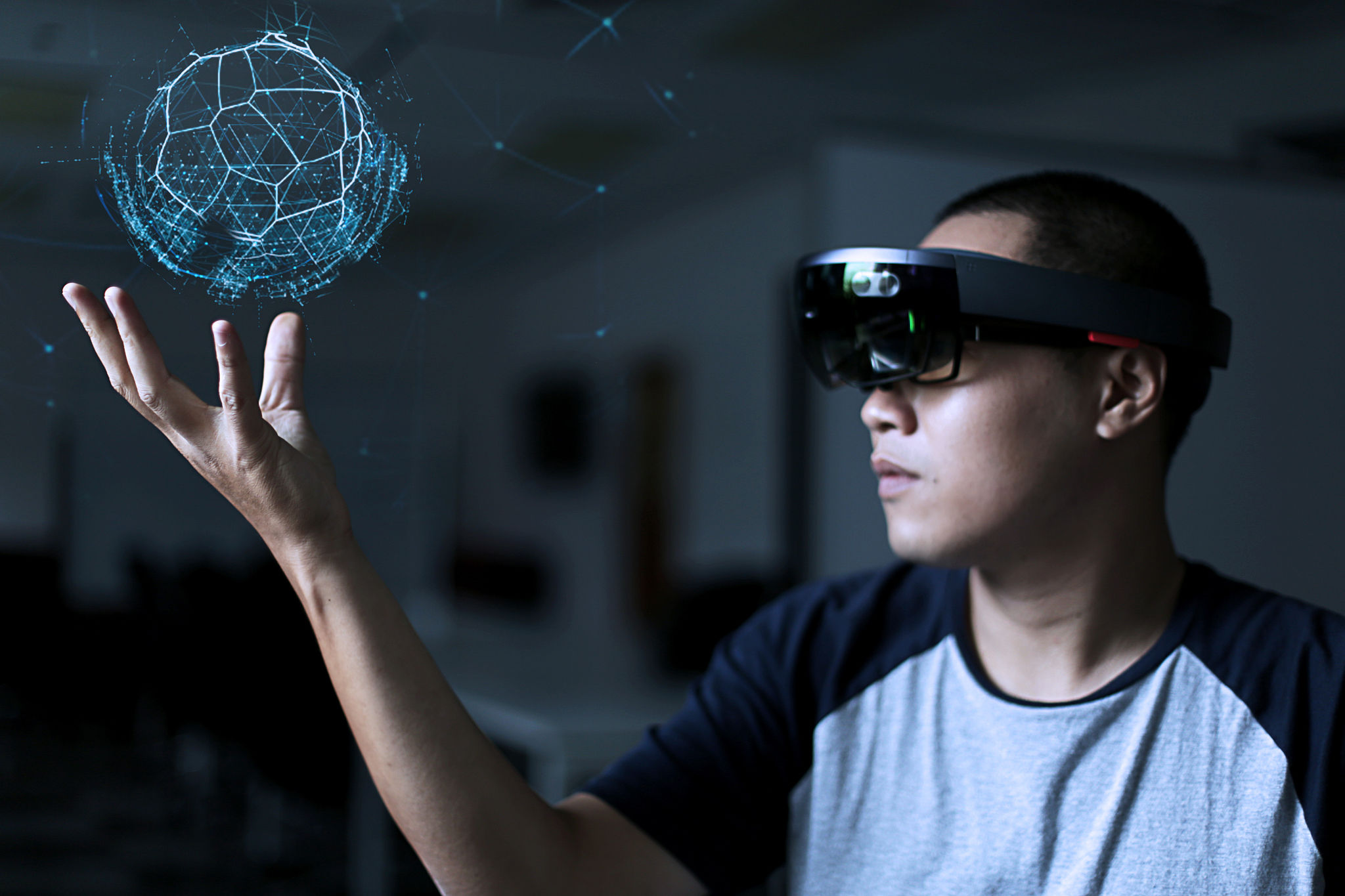 Do you need ar glasses?

Whether Apple glass's news is true or not, it's not hard to see from Apple's successive actions in the AR field in recent years. Apple is likely to have the idea of building ar devices, and not only apple, but also Microsoft, Facebook, Google and other manufacturers are also actively developing ar glasses. Obviously, the giants agree that ar There is a broad development prospect, but as a consumer, I don't seem to find a reason to need ar glasses at present.

Imagine the most frequent application scenarios in life? It's nothing more than listening to songs, reading information, sending and receiving information. Would it be better if these needs were transferred to AR glasses?

Obviously not. The volume of AR glasses means that there will not be good sound quality, or even enough to ensure the basic "headset privacy". It is even more impossible to read. Human vision naturally does not want to be blocked or interfered with. What about using AR glasses as a platform for information notification? Countless sci-fi works tell us that it seems reasonable. In sci-fi movies, there is a highly immersive information-based world in AR glasses, where everything can be marked, and the content will be automatically displayed in front of you without searching. But have you ever thought, do we really want to see this kind of information explosion scene? Now many people only have one mobile phone, and they will receive countless advertisements and various boring push every day. What about having ar glasses? More powerful devices mean more unnecessary information, and none of us want to be kidnapped by information. 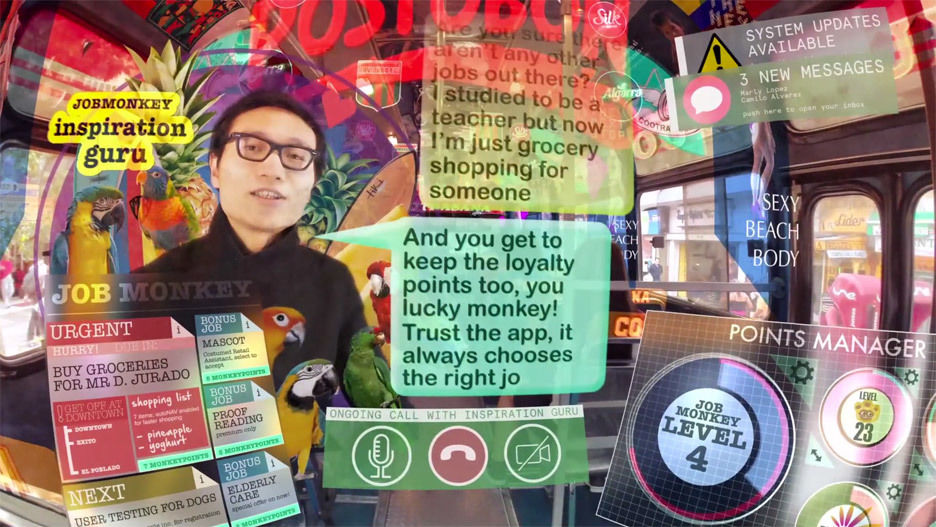 As a matter of fact, these requirements mentioned above are now well-resolved, TWS real wireless headphones A smart watch is far better than the experience of AR glasses. The key point, though, is that headphone watches have a more efficient way of interacting, as iPhone have become a revolutionary product, largely because touch interaction is more efficient, more human-intuitive, less user-friendly, and less affecting others, but what do AR glasses do? Are voice interactions like TNT? Or hand gestures? As if this behavior were only appropriate in the Tony Stark of Iron Man, if in reality, an ordinary man without the aura of the protagonist dances in the air, and talks to himself something he doesn't understand. Even if he does n' t feel embarrassed, the people around him must feel uncomfortable. Obviously, this interaction is not in line with social customs. 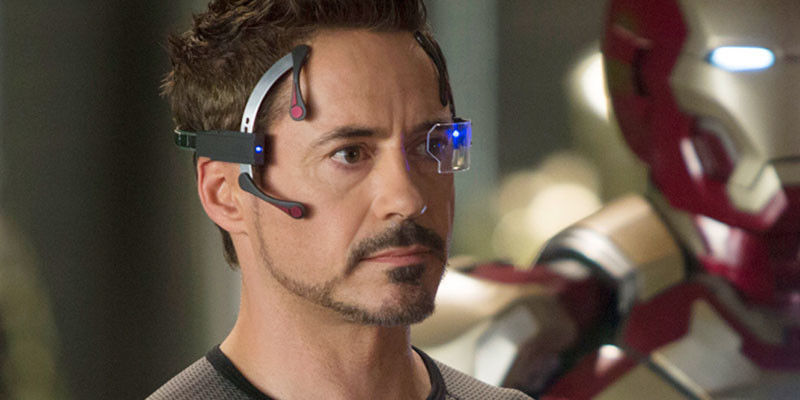 So at least up to now, AR glasses have not found a suitable application scenario and a reasonable way of interaction, nor can they meet the public's demand for a consumer product, which is the reason why Apple glass has not been found.

Will Apple glass be the plaything of a few people

As early as a few years ago, there was a rumor about Apple glass, but until now, there is still no real hammer evidence to prove its existence. It is really curious what kind of product it will be. 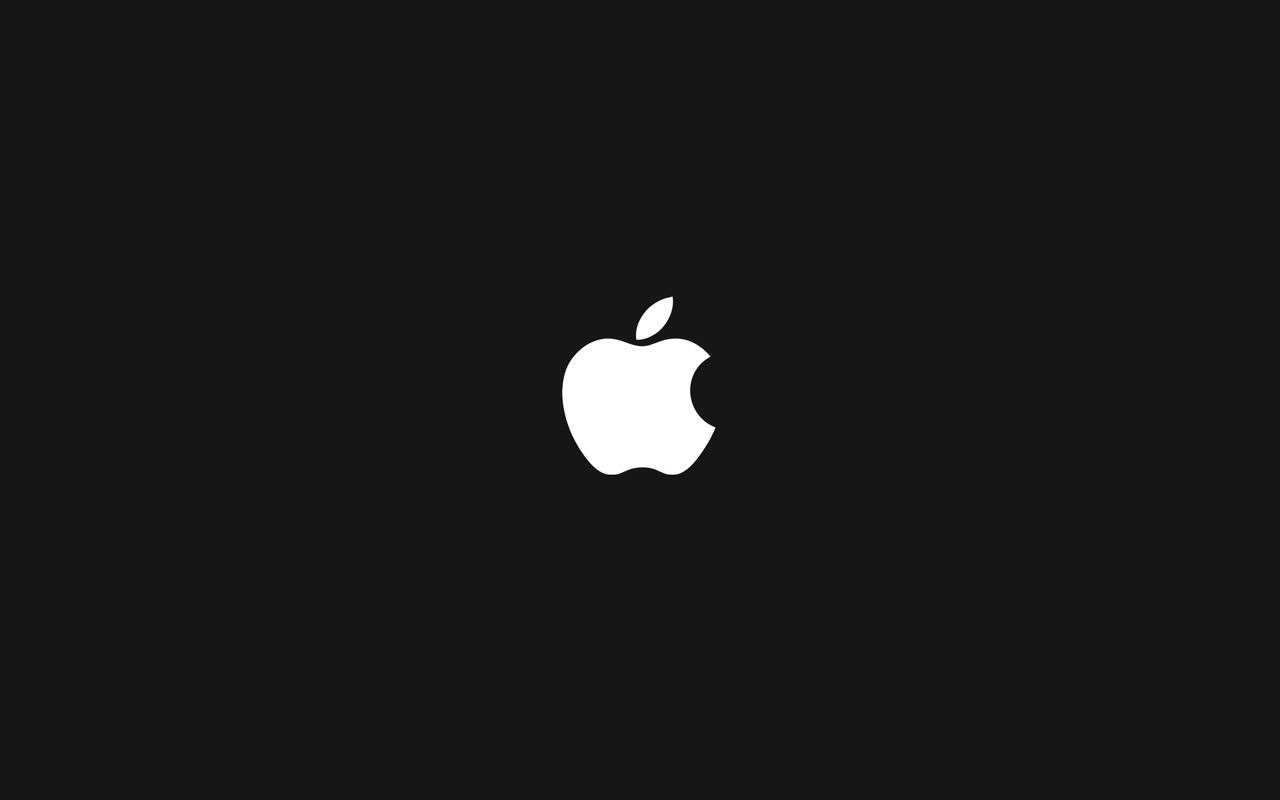 We may find the answer on the apple watch. Back to 2014, many people are not optimistic about the newly released Apple watch, because the mobile phone is enough to realize most of the functions of the apple watch. What's the point of buying another watch? It wasn't until Apple found the real position of Apple watch that the value of smart watch was discovered. Now Apple watch has been recognized professionally in sports and health, and even led the trend of technology and fashion. But what about glasses? At present, I haven't seen enough value. Apple has never been unprepared, let alone lost money. Even if the rumors of Apple glass show that this product really exists, I don't think Apple will be published this year or next year.

Apple's products have always been aimed at the public consumers, and the product experience is particularly important for them. Like Google, it won't make ar glasses early, but at last it will become a geek's plaything. If one day, apple focuses on glasses, it must have seen enough hidden value on glasses, ready to be introduced to the public.

Where is the future of AR glasses

For a long time, AR glasses may not appear in the mass consumer market, but in the field of education, research and manufacturing, AR can really help. 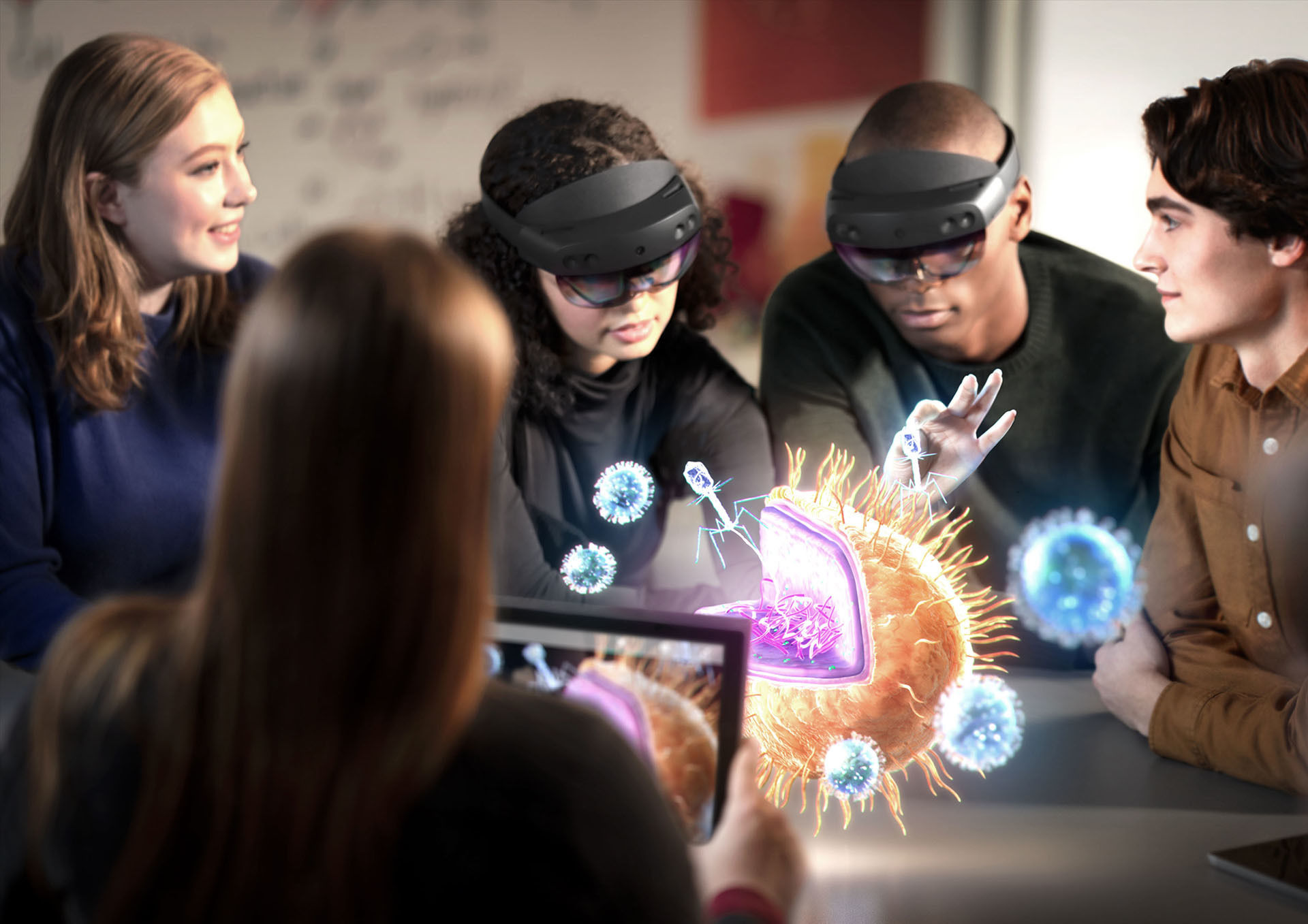 The biggest advantage of AR education comes from its intuitiveness and interactivity. AR can present three-dimensional content. For three-dimensional objects that need to be understood in teaching, such as invisible virus structure, animal anatomical model, abstract geometric objects, etc., it can be displayed vividly and vividly, which is helpful for students to understand and remember. When students use AR technology to study, they will also participate in it, with eyes, ears and even hands-on. It is obvious that this experiential learning is more direct than the traditional book education. 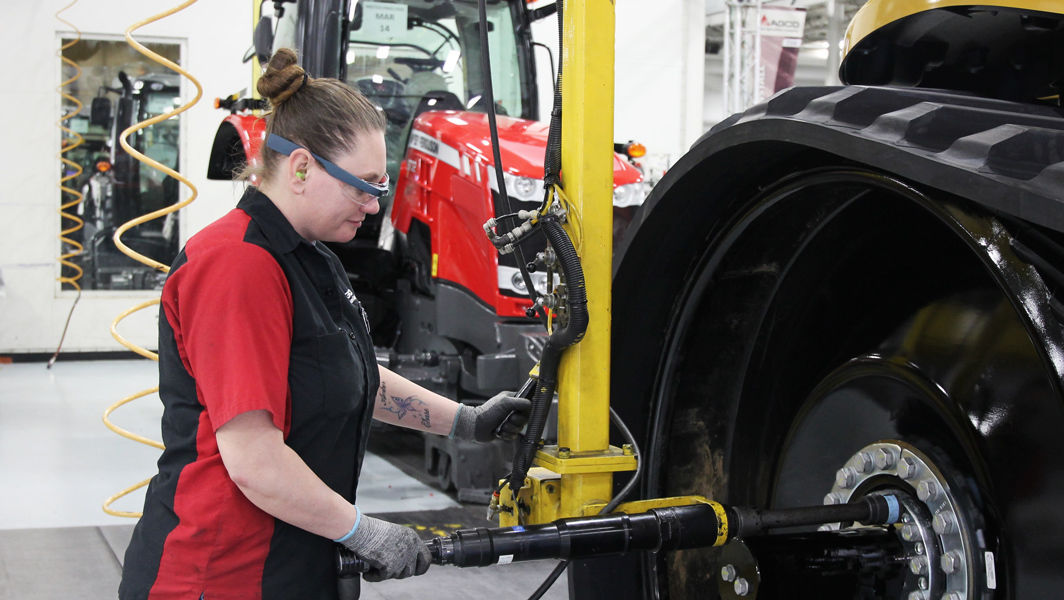 In terms of production and manufacturing, Google glass may have given the answer. Although it has not been accepted by the public, in many reports, Google glass has become a technical document for workers, or a communication tool in a complex environment. It is not far from the day when we believe that AR glasses can improve production efficiency.

Of course, what is more important than technology is the construction of content ecology. The existence of any computing platform depends on rich content resources. We all fantasize that AR glasses can replace mobile phones in the future, which will inevitably require it to carry the content on mobile phones, otherwise, it will lose the ecological matching. Ar Glasses are nothing more than a smart watch with changed form, which can only serve as a useless information push platform. 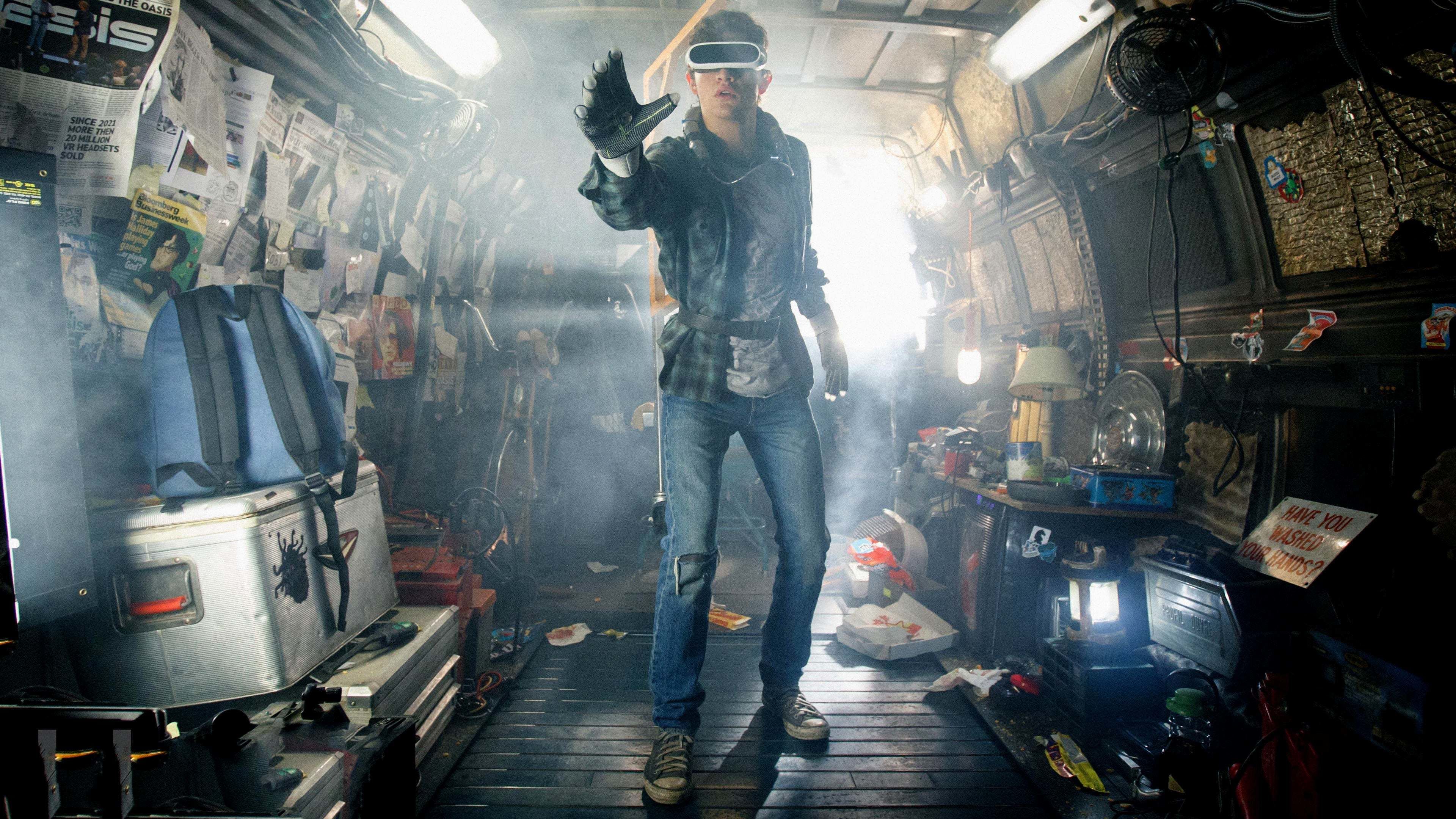 Apple knows this very well. In 2017, WWDC launched the AR development platform arkit. Developers can use this set of tools to create AR applications. To some extent, it is a content first strategy. Although it is still a prototype, we believe that one day, when we wear ar Glasses, all life scenes can be orderly displayed in front of the eyes through the information-based way.

By then, each of us can be the number one player in the AR world.

Related news
Latest news of Apple's head wear: looks like traditional glasses or called Apple glasses
Apple glass supports everyday optical lenses from $499 minimum
Apple Glass? AR apple glasses And the Jobs memorial?
will Apple Glass be the first reliable AR glasses in 2020?
Apple glass may provide more accurate 3D stereo effects
Apple's new patent shows Apple Glass users can use real objects to manipulate virtual objects
Bloomberg reports apple could add AR content to Apple TV next yea
Apple glass is entering the second stage of development, with the goal of light weight and long life (Figure)
Apple is studying how to make Apple Glass glasses automatically clean
Hot news this week
Biden signed a chip and scientific bill, a video call of WeChat iOS internal test suspension window, the advanced CPU caused Win11 to be difficult to use, Huawei new machines enter...
How to regulate the "broken card" operation to crack down on electrical fraud to prevent "accidental injuries" with cards?
Musk's eyes! Lei Jun released a full -size humanoid robot Xiaomi self -developed strength explosion table
Japan has confirmed that China has overtaken the US for the first time in the world's top three indicators of scientific papers
iPad 10 will be absent from iPhone 14 conference: October appeared on Apple's last non -comprehensive tablet tablet!
Kuaishou TOB business Yu Bing: Self -developed chips or mass production after the end of the year, the video must be turned into light industry
The three major indexes of the US stocks opened sharply: ROBLOX fell more than 4%, Twitter and Tesla rose more than 3%
The global streaming media have increased the animation circuit is becoming a new "breakthrough" for Youaiteng
After selling Tesla for $6.9 billion, Musk said he was not selling it, but a survey said he was still selling it. The title of the world's richest man may not be guaranteed next ye...
Meizu Pandaer Great: All products are reduced by 200 and 30 -containing mobile phone cases, heat dissipation back clamps
The most popular news this week
Pet dog infecting monkey acne suspected "Human Poor" American CDC Reform Control Guide
Space Launch System to Fly for First Time
Tencent's second-quarter net profit fell 56% from a year earlier to 18.6 billion yuan
Fabless customers cut back on chip orders affecting Q4 capacity utilization
Washington's suspicion of TIKTOK exacerbated: How will the Bayeon government weigh it?
Pinduoduo launched its cross-border e-commerce platform in the United States in September
Put an SSD in your phone: from 2,499 yuan
China's largest general purpose drone! The first five flights were successful
IPhone 14 to be released alongside Huawei Mate 50: Which bangs do you choose?
Tencent's agent of the Russian war online game announced the suspension: Customs Customs in October