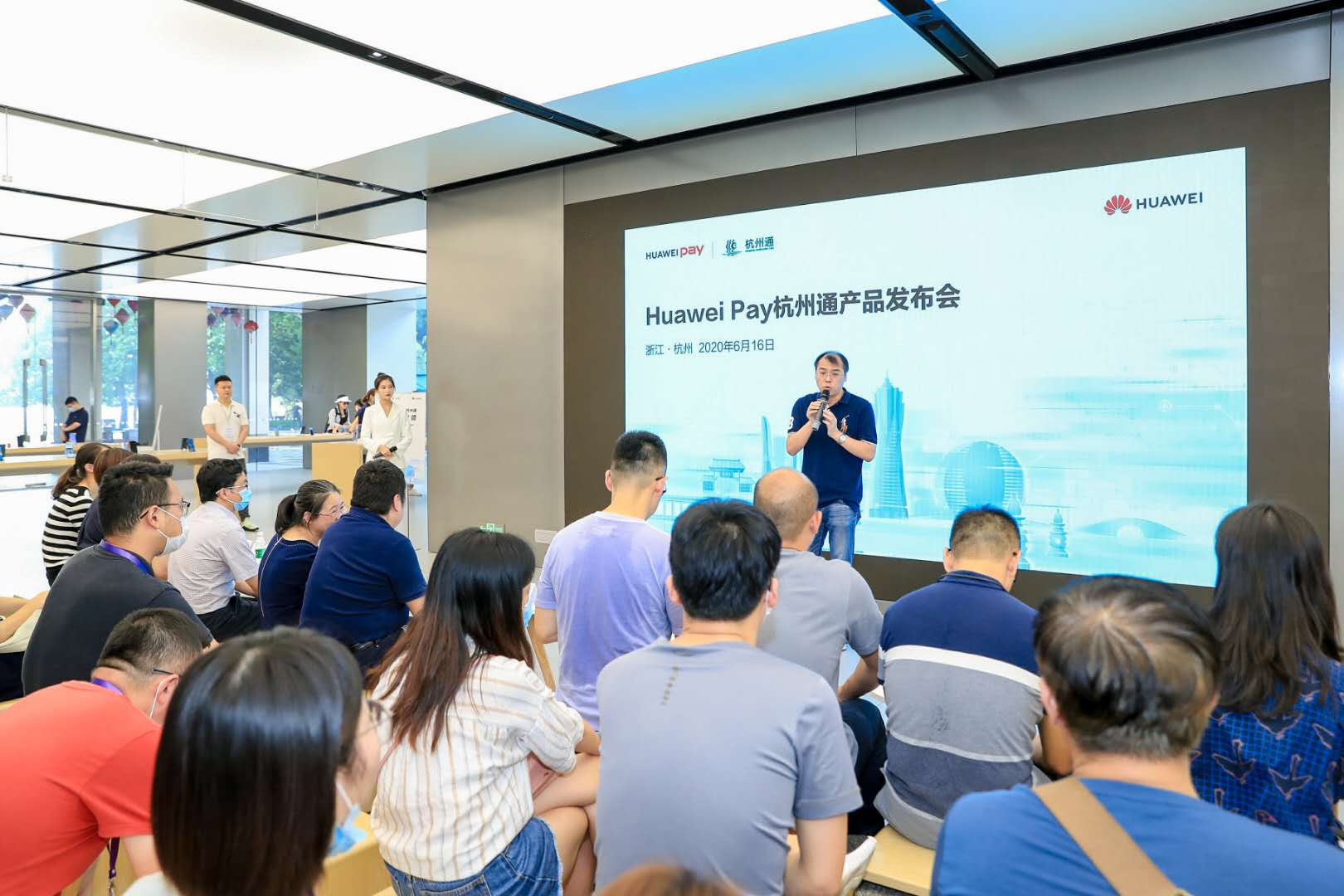 The mobile phone is Hangzhou Tong.

As a new payment method for public travel of Hangzhou citizens, "Huawei pay Hangzhou link" has many advantages.

When using Huawei pay to take the subway, you don't need to wake up or unlock the mobile phone, open the app, or connect to the Internet. You just need to close the top of the mobile phone to the gate to swipe your card quickly. Even if you are playing video games on the phone, you can swipe your card normally without exiting the current interface.

Huawei pay is applicable to the public transport, subway and water bus in Hangzhou, just like the physical card of Hangzhou Tong, with one card swipe and transfer without switching. 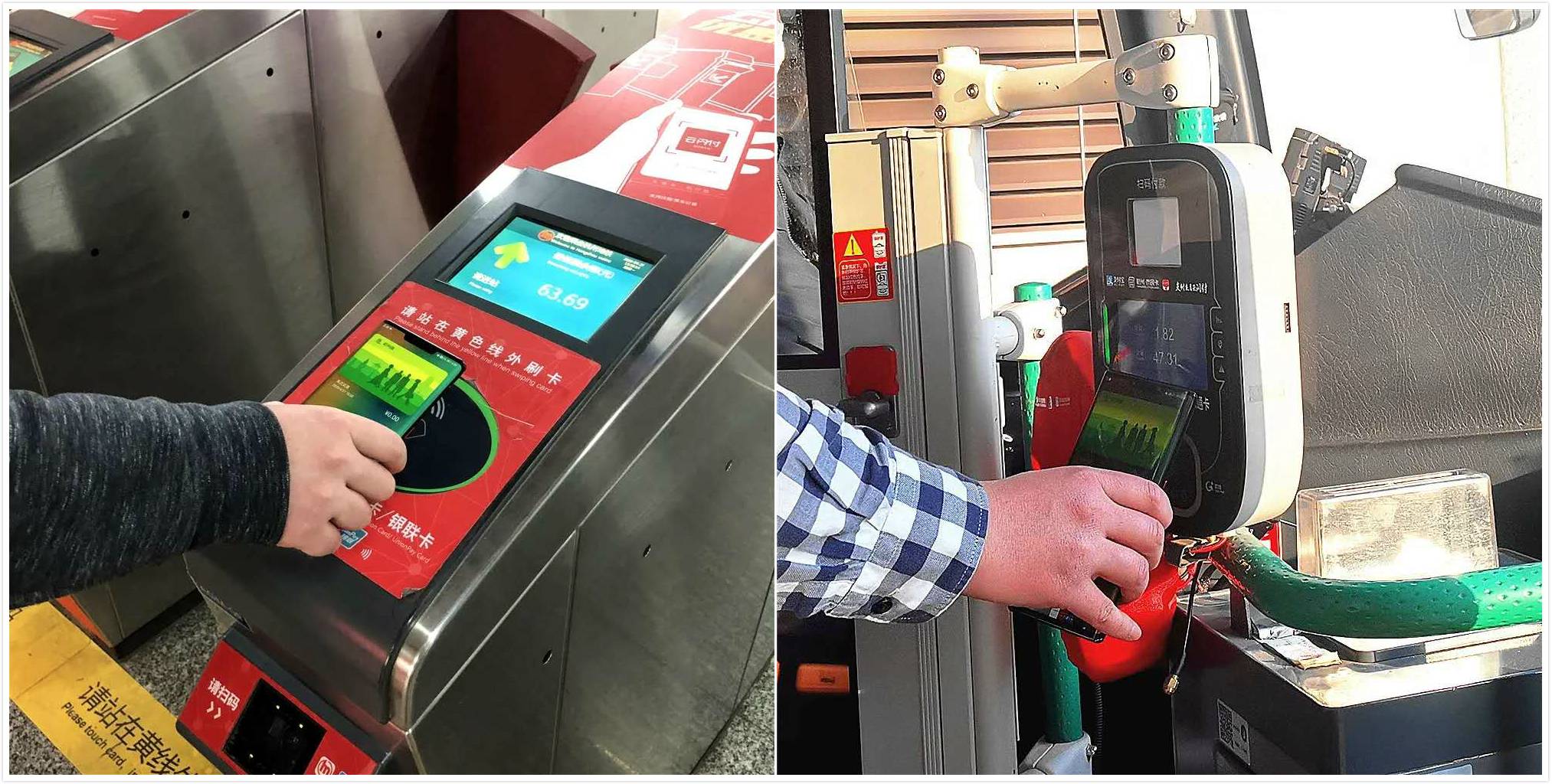 On the mobile phone can query the balance at any time, online recharge, free from the trouble of charging queue.

5. Change the card skin as you wish

After opening, you can also change many customized card face skin for free, keeping the fresh feeling all the time.

Huawei pay is also easy to open. Huawei or glory mobile users with NFC function can add it through the wallet app or Hangzhou citizen card app built in the mobile phone. During the promotion, there is no need to pay the card opening service fee.

On the use experience:

The threshold of using QR code is low, but each time you use it, you need to unlock the mobile phone and open the QR code interface. Many cities have different codes for public transport and subway, and you need to change the codes manually for transfer, so the use process is complicated;

Mobile phone NFC traffic card use threshold is relatively high, but use without operation, mobile phone touch pay, no network can also use, but also can enjoy the local ride discount, really very convenient and happy.

As the base of Alipay, Hangzhou also started the layout in the field of public transport, and supported the subway riding code in 17 years. In the same year, Hangzhou became the first city in the country to realize Alipay's full coverage of public transport and subway.

After several years of technical cultivation, Huawei pay is becoming more and more perfect in terms of coverage and experience. Huawei pay currently supports 45 traffic cards, covering more than 300 cities including Beijing, Guangzhou, Shenzhen, Chongqing, Wuhan and Xi'an. Hangzhou is also one of the few newly supported first tier cities. Huawei pay's support for Hangzhou should be regarded as a landmark event.

Looks like Huawei Pay and Alipay are competitive. Interestingly, the cooperation between the two sides has quietly begun.

In fact, the cooperation between the two sides is reasonable.

For Alipay, cooperation with Huawei Pay can directly enter into cities supported by Huawei Pay without increasing the cost, and expand the city coverage of public travel scenarios, and get more active users in public transport city.

For Huawei Pay, with the help of Alipay's operation and promotion resources, it can also provide more credit card rights to its traffic card users and enhance the use experience of HUAWEI mobile phone.

In fact, the cooperation between the two giants is also to integrate the resources of both sides and achieve a win-win situation when meeting the needs of users.

For users, the cooperation between giants can bring more choices of driving modes, which will be more convenient.

From Huawei pay's many public voices, it can be seen that promoting the ecological development of the industry through opening-up is an important goal.

In terms of performance, Huawei pay is open in two directions:

Open to Internet applications: in addition to Alipay App, Jingdong released last year's Huawei Pay traffic card internal test links. Through the cooperation with payment app, more use rights and interests will be brought to users.

Opening to traffic cards in small and medium-sized cities: at the beginning of June this year, Huawei pay opened the city access service in the developer alliance. Weifang, the first city, has been connected and launched through the service. Open the capacity of Huawei pay traffic card, so that traffic cards in small and medium-sized cities can self access like applications on the shelf, accelerate urban coverage, and provide services for more users.

Huawei pay's continuous breakthrough in application scenarios is bringing users a safe, convenient and efficient diversified travel experience. Continuously improve the innovative payment technology and application scenarios, let us continue to move forward to the ideal digital lifestyle, and at the same time bring new value and more possibilities for merchants and society.

Related news
Huawei Pay into Hangzhou, release mobile version of Hangzhou Tong, pay by car to add new options
Hot news this week
With the NIL technology, Canon wants to provide China with a lithography machine comparable to the EUV
Genius hacker Geohot promised Musk 12 weeks to fix Twitter search, but posted for help because he wouldn't react
Google's parent company is planning to cut tens of thousands of jobs
The Long March 9 is basically confirmed: the low-orbit carrying capacity of 150 tons can carry the entire space station into space
A small plane in the US has crashed into a 30-metre high voltage power line and got stuck: 80,000 people affected
Alibaba launched a new cross-border e-commerce platform in Spain, aiming to operate independently in the middle and high-end market
Google is concerned that Microsoft's acquisition of Activision Blizzard will affect the ChromeOS experience
Can recording others' wechat chat records be used as evidence? The Beijing Internet Court has an answer
The second generation Snapdragon 8 flagship! Mi 13 toughened film appeared: four sides and other narrow screen accounted for a stable ratio
A Tesla crashed into two cars in Taizhou, Zhejiang province, killing two and injuring one, police said
The most popular news this week
Eggs don't fit in one basket: Some of the Snapdragon 8 Gen2 is manufactured by Samsung
128 core 256 threads! AMD Zen4c is here: Arm is cornered
Breaking the spell of "Android 3 year must card", the new Breguet mobile phone will be sold for the first time tomorrow: from RMB3499
Be careful with your phone for a long time! The aunt played with her mobile phone so much that her fingers got stuck
More conscientious than Google, the OnePlus promises a 4-year upgrade: Android 17 beckons
What do Chinese teenagers do online? It's comforting to be third and first in gaming
Tmall sought 500 million yuan in loans from ofo affiliates and Dai Wei
Tencent Holdings: bought back 36,200 shares at a total cost of HK $10.606 million
Tuniu's third-quarter revenue fell 32% from a year earlier to 7,790 yuan
Xiaomi 13 press conference new product summary: In addition to the phone there is a monster new