That's the forewarning, this afternoon, ColorOS official micro announced that Find X2 series based on the Android 11Beta1 version of the ColorOS beta officially launched.

On june 11th, after google released Android 11 first Beta version, ColorOS took the lead in predicting that Android 11Beta 1 would offer a tasteful experience, the first adaptation of the series. 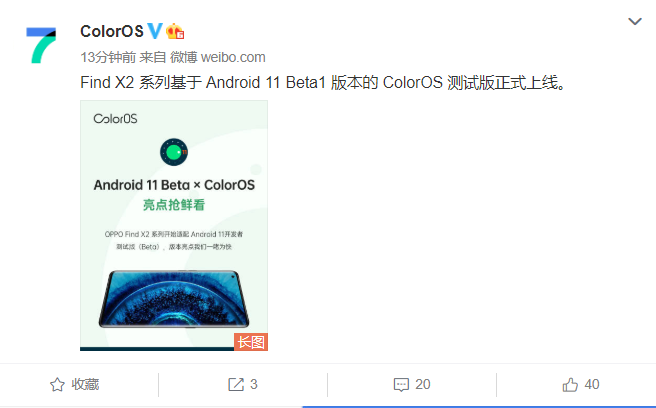 The ColorOS based on Android 11 development will become more secure and convenient in terms of design details, privacy protection, IoT 、 endurance, etc.

According to reports,In terms of design, coloros based on Android 11 will support users to set the on and off time of dark mode independently, and the system can also switch intelligently according to sunrise and sunset。

At the same time, the system privacy protection mechanism will be more stringent, when the application needs to request microphone, camera and location permissions, users can choose

In terms of IOT, coloros will have built-in device control switch, so that users can control multiple devices at one hand ; In addition, the restrictions between system APP are broken, giving priority to important contacts, and receiving messages can also be answered directly in the notification bar.

And the built-in ColorOS。 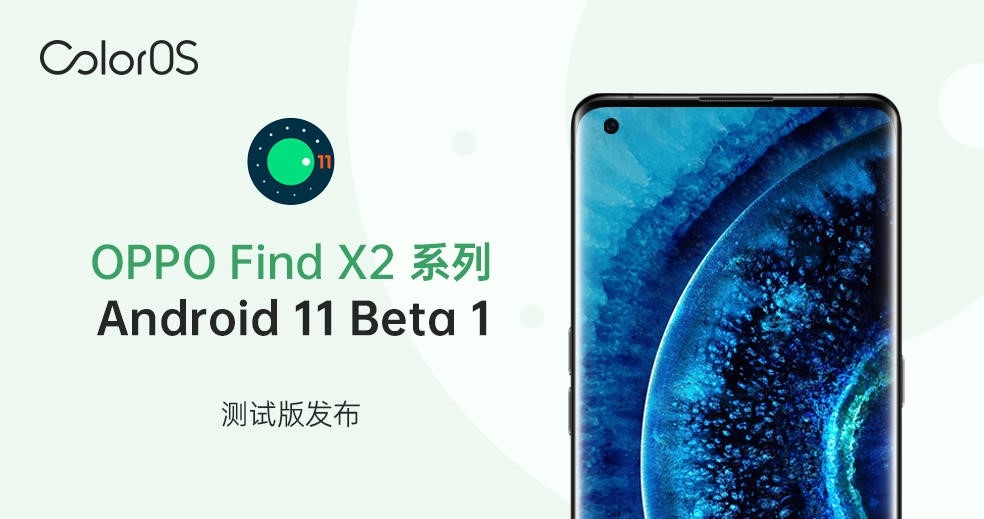 It should be noted that in consideration of system stability, coloros does not integrate all the highlights in this version, but will gradually add more functions through subsequent iterations.

It is worth mentioning that oppo was the first manufacturer to adapt to Android 10 bate in China at last year's Google I / O developer conference. Different from the iteration of small version, the update of large version of Android means a lot of bottom-level work, and coloros can adapt to the new version of Android for the first time in a row. In addition to maintaining long-term and close technical exchanges and cooperation with Google, its own technical R & D strength is a more critical factor.

It should be emphasized that this version belongs to the developer test version, which is mainly for developers and is used for compatibility testing and early development. It is not recommended for ordinary users to download it for daily use.