The original developer talks about the remake of Diablo 2: it is impossible to restore the original with modern game engine

For many old players said, are very looking forward to "Diablo 2" remake, but from the current situation, Blizzard in the production is still very difficult.

According to IGN reports, two developers of the original "Diablo 2"

Developers said that it is impossible to really capture the action of Diablo 2. It is not even a real 3D game. Therefore, it is a challenge to truly capture the exact feeling of the 3D environment in the game. This is not only to slightly improve the quality of the game. Of course, it is quite easy to make the game look better by doing it 1:1 again.

But it's hard to restore the feeling and atmosphere of the game, which is inherent in the technology behind it, just like genes are embedded in a person's body.

It was said before,Blizzard Entertainment may release a high-definition remake of Diablo II: Resurrection, created by destiny 2 later this year. If the news is reliable, the company may start building momentum in the weeks or even months before the release. As a large-scale multiplayer online game with high requirements for players' abilities, the original version has left indelible memories in many players' adolescence.

Last time I heard about "Diablo" news, or a third-party studio to develop a mobile game. For suffering

But what you're looking forward to,It is expected to be satisfied in the HD remake of Diablo II: Resurrection. If the time is right, the game is expected to go online during this year's holiday shopping season, according to the website, which has released Blizzard forecast information for many times. 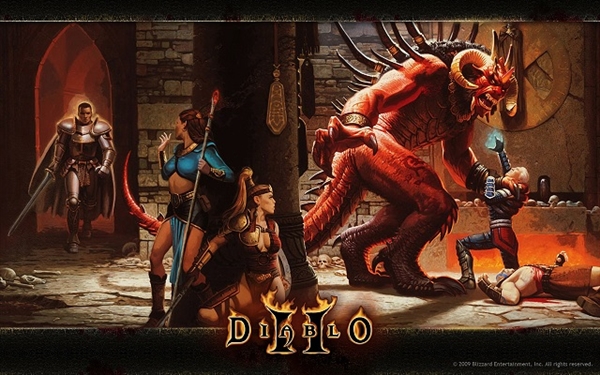