Apple will start switching Mac to its own ARM processor platform later this year. There's a bad news for users who are n' t used to the original factory macOS operating system because you won't be able to install and run Microsoft Windows operating system in Boot Camp mode.A Microsoft spokesman said in a statement to the verge that the company will only provide OEM with authorization for the arm version of the windows 10 operating system. 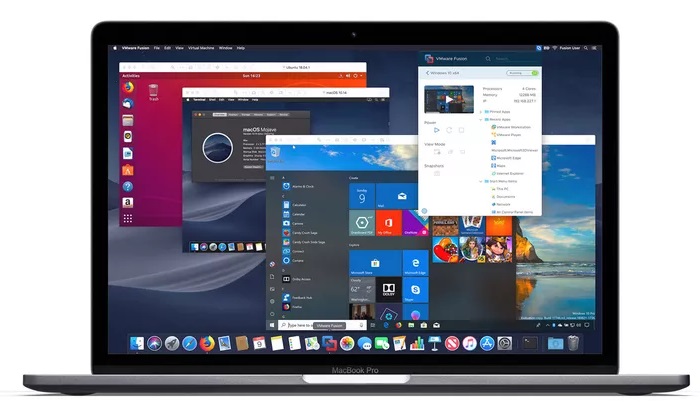 Asked if it would change its policy in the future to allow deployment via boot camp on ARM Macs, the company said it had no other information to share.

So, to run Windows 10 operating system on the Mac of the switching Appel Silicon, you'll have to wait for microsoft to further open the Windows 10for ARM's broad mandate.

Of course, users are not completely unable to experience windows on ARM Mac, after all, Apple has demonstrated the virtual machine solution (inParallels run Linux) in the Desktop, so the solution based on virtualization software such as VMWare and Parallels is promising.

Related news
Apple abandons Intel's self-developed ARM Processor: Windows 10 can no longer be installed
ARM Mac will not be able to Windows through Boot Camp support
Arm Mac can't install windows Dual System Microsoft: won't change for Apple
Win10 is better for Mac: Apple boot camp adds precise touch pad support for the first time
Hot news this week
The developer of the dating app Tinder has reached an agreement with Google over billing rules for its app store
Still did it! Canada has banned Huawei and ZTE from participating in the country's 5G network on "national security" grounds
Red Elf Lightning erupts in the Himalayas Spectacular Spectacle: Experts Reveal What Exactly Is This?
The founder of the Internet Quick Hand Su Hua was taken away for investigation, and the fast hand responded: the news was not true
Wang Xiang, president of Xiaomi, explained that a shortage of low-end chips is a major challenge in overseas markets
Or for Studio Display Pro, the release of Apple's 27-inch Mini LED-backlit Display has been delayed by October
Tencent Q1: The business service business has "slightly decreased" year -on -year, and resource centralized video cloud and network security | View financial report
One picture to understand! Blue Factory has issued 3 new machines in a row: self-developed chip blessing, the narrowest lower border
Sony released the active noise-canceling headphones WH-1000XM5, equipped with 2 chips and 8 microphones
Tencent established a smart technology company in Chengdu, and its business scope includes Internet data services
The most popular news this week
Influenza-like legionnaires' disease outbreak in New York: Experts reveal acute respiratory infection with Legionella bacteria
New York Legionnaires' disease outbreak infects 19 people and 1 death: experts say the infection is quick, the mortality rate is as high as 40%
Was Apple eliminated from the front camera module supply chain? Wingtech Responded
Xiaomi's first Leica flagship! Xiaomi Mi 12 Ultra's latest appearance map: the screen ratio is amazing
The founder of Xiaopeng Auto! He Xiaopeng uses "Keda Duck" to ask for help online
Not afraid of merchants "first rise and then fall"! 618 Taobao launched a new feature: one-click refund of the price difference
How does the Internet make People Copy each other
Fed Vice Chairman: The future digital dollar may complement the coexistence of stablecoins and commercial bank currencies
ZHANG Pingan, CEO of HUAWEI CLOUD: The value of data governance in China has not been fully tapped Data and AI should be accelerated
Shenzhen Atmosphere! The sales price of mobile phones, computers and other products is subsidized by 15%