The Seattle NHL team has no name yet, but its stadium has been named after Amazon's previous Key Arena, foreign media reported. A lot of people might guess Amazon Arena, the name would beThe final name, however, is Climate Pledge Arena-- echo the $2 billion plan CEO Jeff Bezos announced last year. 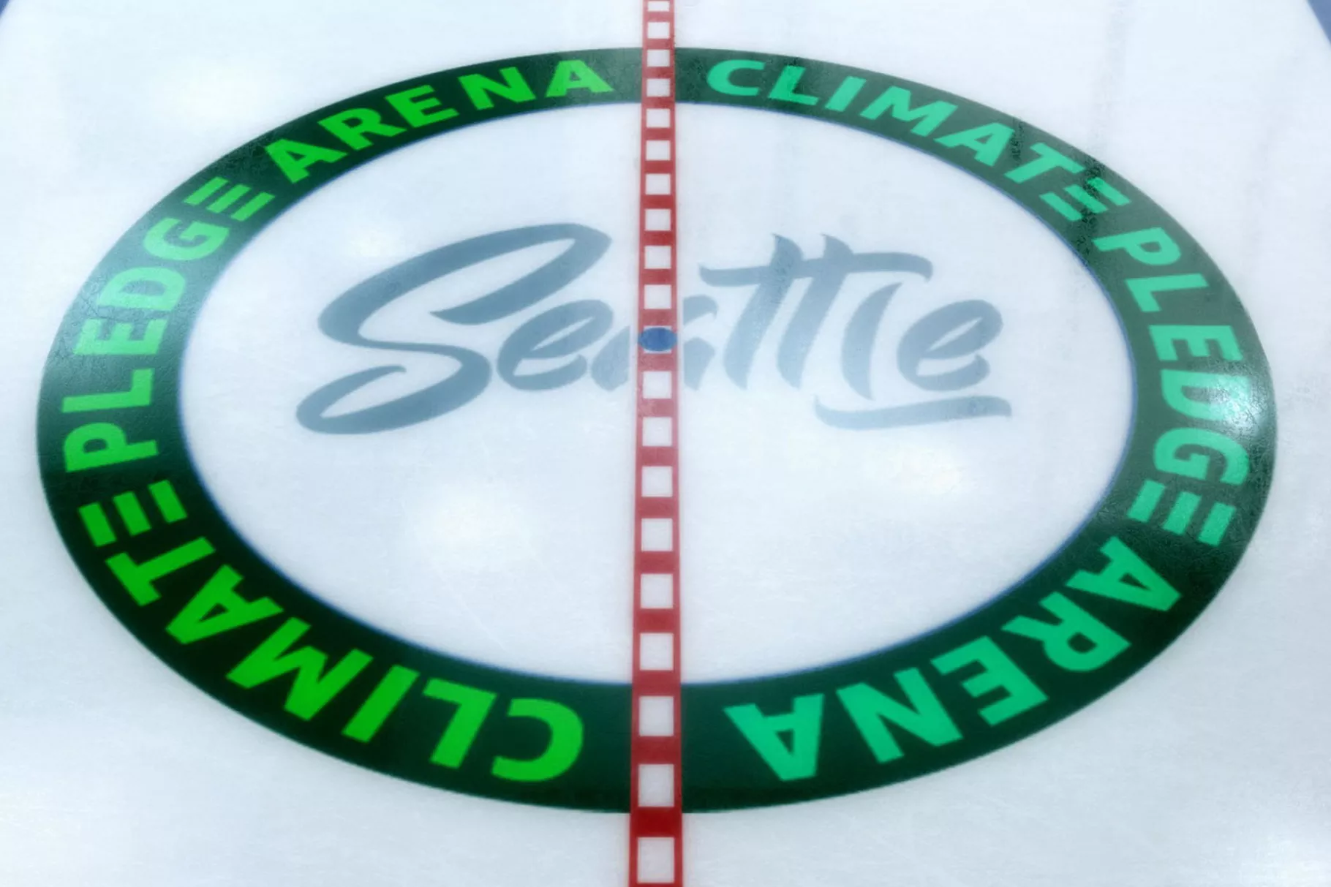 It is reported that the plan sets a goal for Amazon to achieve carbon neutrality in 2040. 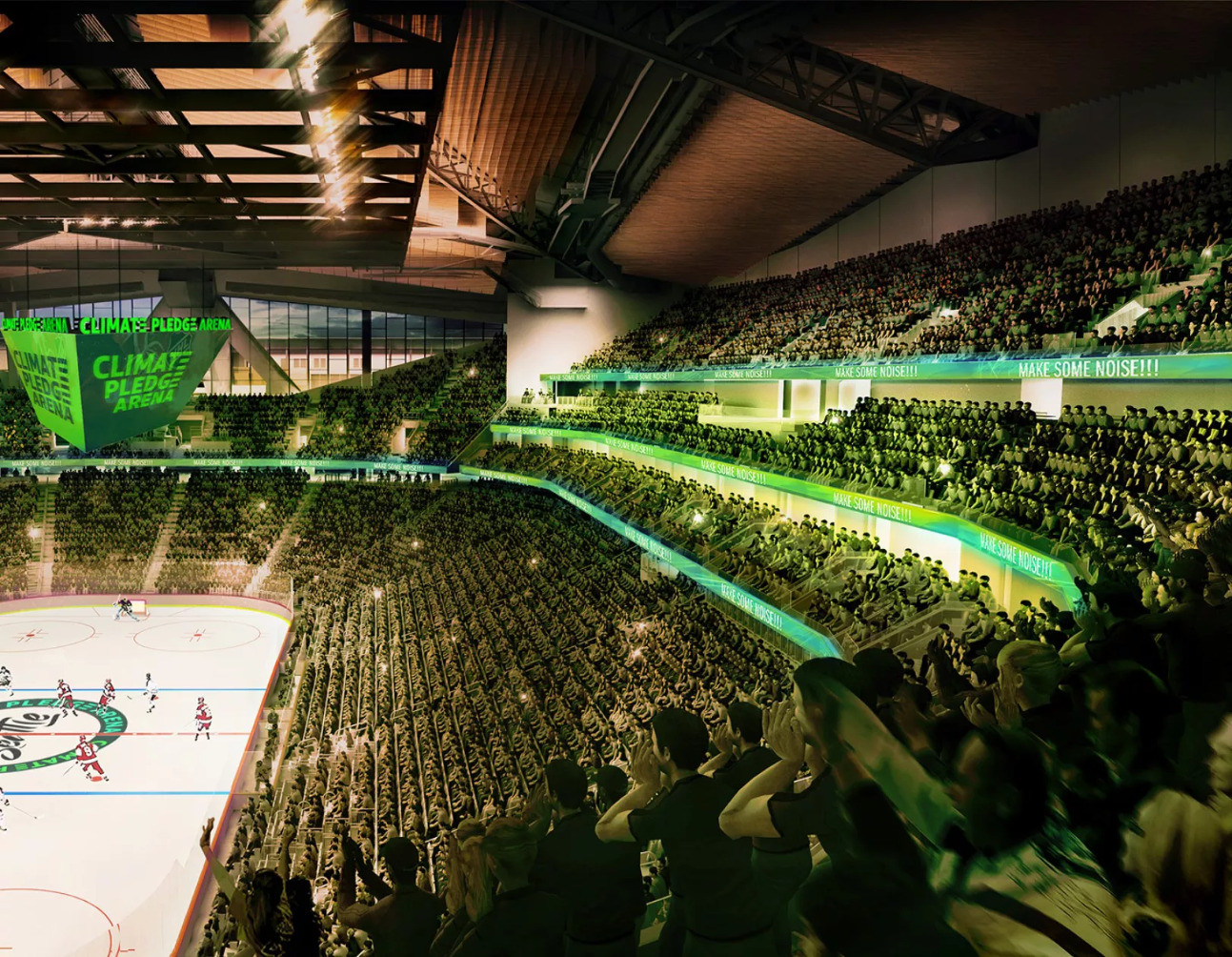 The 18100 seat multi-purpose stadium is not only the home of the NHL in Seattle, but also the home of the WNBA (women's Professional Basketball League) Seattle storm. In addition, it also hosts live events. Now, it is undergoing a $900 million transformation and is expected to reopen next summer.

Amazon points out that Climate Pledge Arena will become the world's first zero-carbon certified gymnasium, which will use 100% renewable energy and generate zero waste in operations and activities. In addition, it will use recycled rain to create ice surface for ice hockey games.

Amazon has also promoted several other climate centric projects. Bezos himself has pledged $10 billion to a fund named after himself that will fund scientists, activists and NGOs working to fight climate change. Earlier this week, Amazon launched a venture called climate pledge fund, which will invest $2 billion in clean energy start-ups that focus on the environment. In April, Amazon also launched a $10 million forest conservation grant program.

However, Amazon 's often criticized over packaging also needs to be considered. Whether a green and environment-friendly stadium can offset this effect remains to be discussed.

Related news
Staff Only! Amazon Care, Amazon's first virtual medical clinic
Intel Mozilla and other enterprises announced to join the open covid edge technology open alliance
Amazon announces the renaming of NHL stadium in Seattle to climate pledge Arena
Hot news this week
The developer of the dating app Tinder has reached an agreement with Google over billing rules for its app store
Still did it! Canada has banned Huawei and ZTE from participating in the country's 5G network on "national security" grounds
Red Elf Lightning erupts in the Himalayas Spectacular Spectacle: Experts Reveal What Exactly Is This?
The founder of the Internet Quick Hand Su Hua was taken away for investigation, and the fast hand responded: the news was not true
Wang Xiang, president of Xiaomi, explained that a shortage of low-end chips is a major challenge in overseas markets
Or for Studio Display Pro, the release of Apple's 27-inch Mini LED-backlit Display has been delayed by October
Tencent Q1: The business service business has "slightly decreased" year -on -year, and resource centralized video cloud and network security | View financial report
One picture to understand! Blue Factory has issued 3 new machines in a row: self-developed chip blessing, the narrowest lower border
Sony released the active noise-canceling headphones WH-1000XM5, equipped with 2 chips and 8 microphones
Tencent established a smart technology company in Chengdu, and its business scope includes Internet data services
The most popular news this week
How does the Internet make People Copy each other
Fed Vice Chairman: The future digital dollar may complement the coexistence of stablecoins and commercial bank currencies
ZHANG Pingan, CEO of HUAWEI CLOUD: The value of data governance in China has not been fully tapped Data and AI should be accelerated
Shenzhen Atmosphere! The sales price of mobile phones, computers and other products is subsidized by 15%
Microsoft shows third -party components: Win11 chicken rib function is saved
No need to grab it! Sony announced an increase in PS5 shipments
Audi advertising poster photos only sell for 8 yuan? Photographers question the unreasonable use of the photo purchase
Twitter spent $150 million to settle privacy and security lawsuits with the U.S. government
Hong Kong Hang Seng Index Opens 0.5% Baidu Hong Kong Stocks Open More Than 2%
Amazon's new CEO participated in a shareholders' meeting for the first time: to restore normal profit, ready to cut off the excess warehouse