As thin as a cell phone! Liu zuohu reveals the design details of Yijia TV 2020

Recently, Liu zuohu, founder and CEO of Yijia, gave some new details about Yijia TV to warm up the oneplus TV to be launched in India on July 2.One of them is that a TV set will be equipped with an ultra-thin frame and carbon fiber pattern, and it will be as thin as the previous one, and it will also be equipped with rotary speakers。 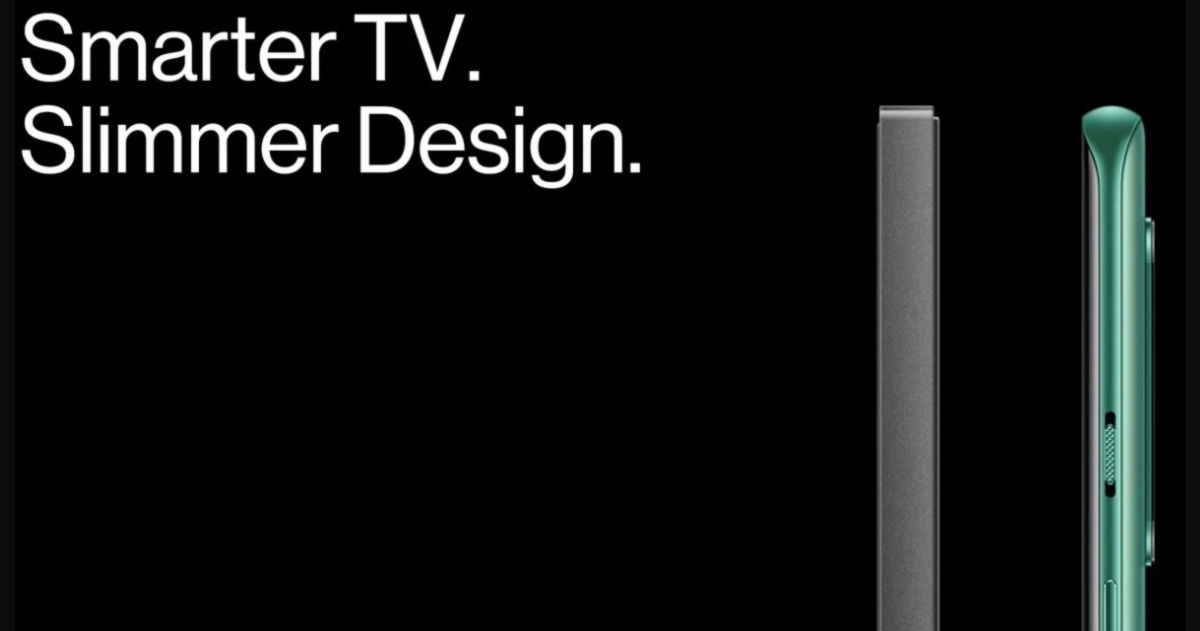 Liu zuohu said in an interview with Android central that Canada hopes to differentiate its products by focusing on two key pillars (design and user experience). The new one plus TV product line is positioned as the entry-level cost performance,It has been confirmed that the price in India will be less than 20000 rupees (about 1874 yuan), and the ultra-thin design will be promoted, only 6.9mm, even thinner than one plus eight。 In addition,The TV will also have a slim frameTo provide an immersive viewing experience. 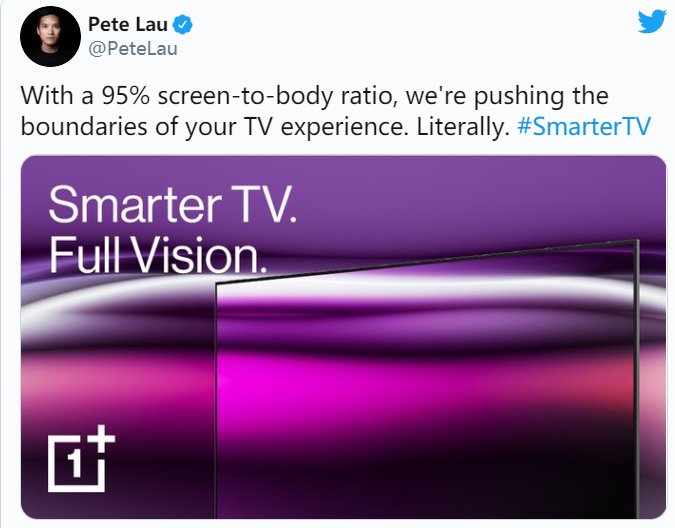 It is said that the back of the one plus TV has a carbon fiber texture, similar to the flagship Q1 series. Although the size has not yet been released, there are rumors that there may be 32 inch and 43 inch versions, and Liu zuohu's confirmation screen will account for 95%.

In an interview, Liu said:The TV will have 93% dci-p3 color gamut and Dolby horizon。

As for the speakers, The new one-plus TV will be equipped with innovative sound arrangements, with speakers capable of rotating 90This configuration will allow two large full frequency speakers to be installed on the new one plus TV. They are said to make the bass 50% deeper. At present, the new one plus TV has been booked in Amazon India, but it is not known whether it will enter the domestic market in the future. 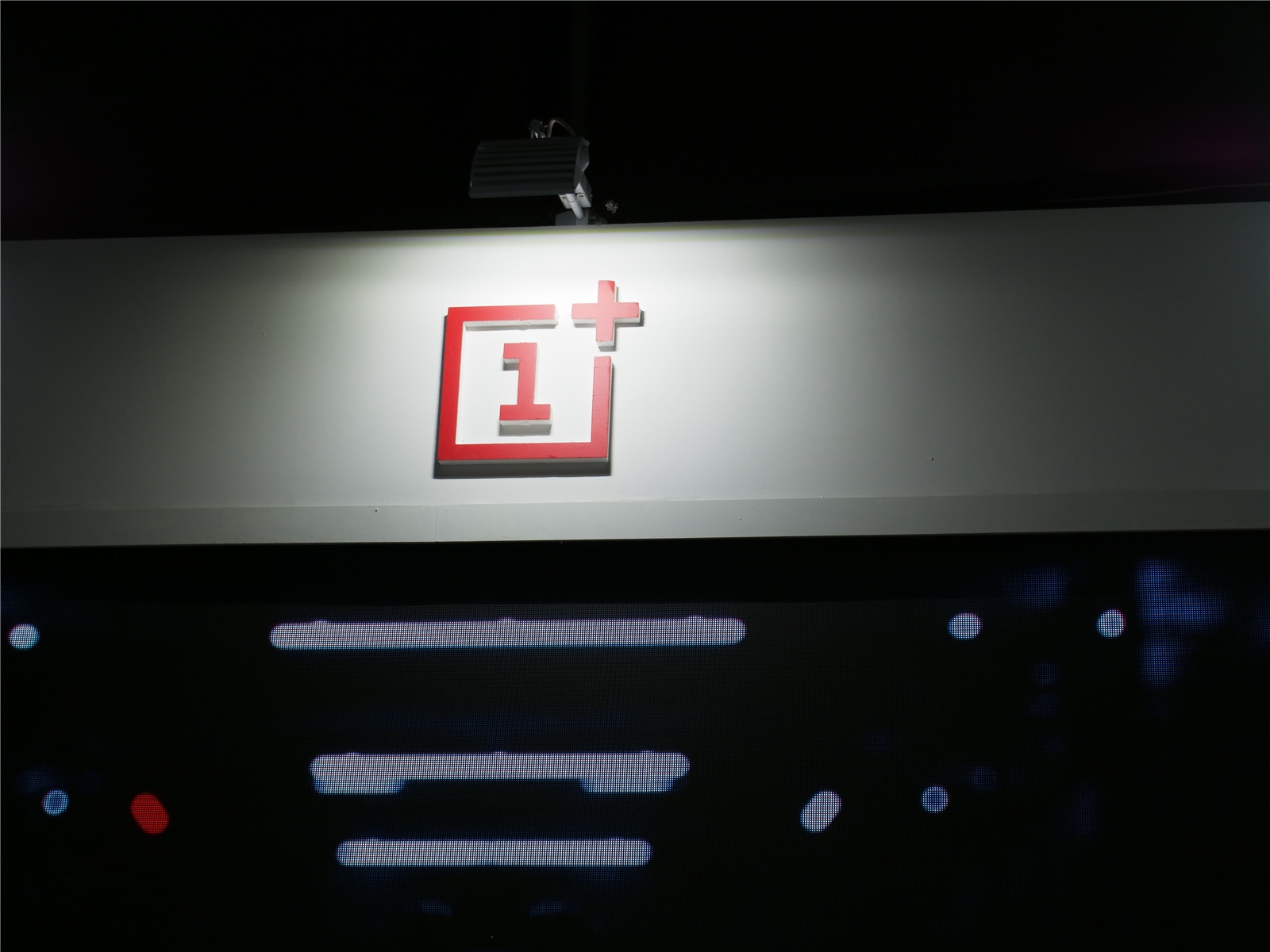 Related news
Liu zuohu: Yijia mobile phone refuses to advertise and TV will land in China next year
Captain America can't save Apple TV, should Apple abandon it?
Liu Yaoping, CEO of storm TV, has joined Xiaomi TV
As thin as a cell phone! Liu zuohu reveals the design details of Yijia TV 2020
Hot news this week
The company announced the shipment data of 2021 Q1: the proportion of Huawei fell to the sixth place in the world at 4%
Sony's third generation noise reduction experience: comparable to the strongest combat power of real wireless noise reduction headphones
Henan satellite TV "Dragon Boat Festival wonderful tour" full version popular all over the network: netizens call content amazing
New people to do "new" business: preparing for the battle with Zhang Ying, a peach farmer in Yangshan
An 18-year-old Japanese female painter is popular, and her painting level of mobile phone software is beyond imagination: beauty makes netizens sigh
In depth cooperation with Huawei real hammer! BYD open recruitment of "Hongmeng development engineer"
The scale of college graduates is 9 million 90 thousand. Alipay's small program "graduation service package".
In 618, big promotion came, beware of the trap of cheating by taking advantage of the official SMS of charging companies' platforms
Can you travel around the world without leaving home? Jingdong 618 Jingdong International gives you a fancy "flying" strategy
Dragon Boat Festival colorful Luoshen amazing interpretation of underwater flying netizen: too beautiful, lost the language
The most popular news this week
A moment in history! The successful launch of Shenzhou 12
Airpods 3 will be launched this year! Apple executives hint: it may integrate the bracelet function
The first man after Bill Gates! Microsoft CEO NADELLA will also be chairman of the company: the first time in 20 years
Domestic mining fails Huaqing: the price of graphics card is falling
The couple's "love insurance" was refused when it was due
Good news! 360 government enterprise security group won the bid of 236 million yuan national network security industry base major infrastructure group project to build Zhengzhou security brain
Peng Xiaobo: China's rocket launch cost may be lower than SpaceX in 2025
Pan Shiyi's SOHO China is going to sell: Blackstone makes a comprehensive bid of 19.5 billion yuan
Glory 50 race against time: get chip information 45 days later and release it 30 days in advance
One plus mobile phone will be integrated with oppo to become an independent brand of oppo