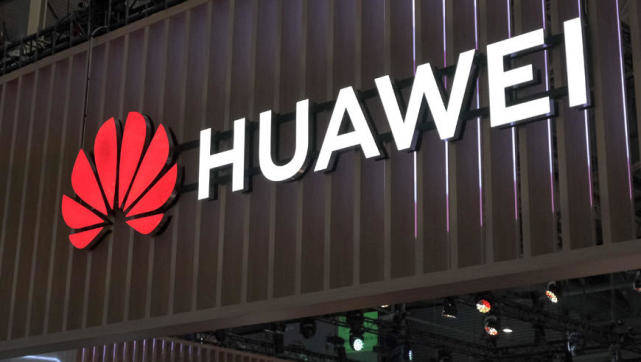 In the first half of the year, Huawei released the P40 series of flagship machines, achieving excellent sales results, beating a number of competitors and further expanding its share in the mobile phone market. According to IDC statistics, in the first quarter of this year, although the overall decline of the mobile phone market is obvious, Huawei's shipment data performance is quite strong, with the market share rising to 42.6%, further opening the gap with its rivals.

The second half of the year, as planned, will be the time Huawei prepare Mate series of flagship launches. However, due to the uncertain factors in the United States, Mate40 whether the stock of components is sufficient has been widely discussed. According to the current news from the industry, Mate40 series of production needs the core components of sufficient stock, the first supply volume may be around 8 million units.

At present, the work progress of mate40 series before its official launch is smooth. According to phone arena, Huawei is secretly carrying out the trial production of mate40, which will be officially released as soon as the end of September.

The biggest highlight of Huawei's mate 40 series is that it is likely to become the first mobile phone equipped with the most advanced Kirin 1020 chip of Hisilicon. Kirin 1020 is manufactured by a 5-nanometer process, and it is likely to become the world's first 5-nanometer chip manufacturer together with apple. Despite a series of troubles, Hisilicon's current chip inventory is enough to support the launch of mate 40 series in the second half of the year.

According to the report, Kirin 1020 chip will integrate 14 billion transistors, with the performance nearly 50% higher than Kirin 990; it will continue to take the lead in 5g, and continue to integrate 5g baseband supporting SA and NSA, which can ensure that users will not be easily eliminated in the next three to four years; in addition, it also integrates Da Vinci architecture npu2.0 and AI The computing power is further improved, the speed of image processing is faster, and the support for photographing is better.

In terms of cameras, Huawei's mate40 series still shows the level of industry leaders, supporting 8x digital optics and 50x digital hybrid zoom technology. According to reports, mate40 series still adopts the design of dual main camera. The main camera is imx700 with 50 million pixels, and the main video camera is also 50 million pixels. It is a new super wide-angle movie camera customized by Huawei to Sony. In addition, 12 million pixels of periscope and ordinary long focus, as well as TOF, constitute Leica 5, which scores more than Huawei p40pro, and then takes DxO The top spot is not a big problem.

On the screen, Huawei is likely to go directly to the latest 2K resolution curved screen this time, and there is no banging and digging holes on the front. It is predicted that the long-standing under screen camera will be used. From the exposure of the prototype, Huawei mate40pro adopts the design of three screens, the front, left and right are all wrapped by the screen, so as to realize the true frameless, the right middle frame screen adds the support for photographing, when photographing, it only needs to slide the screen of the middle frame to complete the fine-tuning of the details. According to letsgodigital, a foreign technology media, Huawei has applied for a new intelligent machine screen design patent, which is characterized by extending the screen to the traditional key positions on both sides of the fuselage.

Not only will Huawei release Mate mobile phone products, MateWatch smart watchesatches and MatePod earphone products, but the high-end layout of the series will be completed, according to multiple disclosures. Earlier ,Huawei had submitted a copy of

According to IDC's report on the global wearable device market in the first quarter of 2020, Huawei's market share continues to grow rapidly, with a growth rate of 62.2%. From the perspective of smart watch (including smart watch and light smart watch) market segment, Huawei ranks second with a shipment of 2.6 million units, an increase of 118.5% year on year. Huawei is the only smart watch brand with a growth rate of more than 100% among all manufacturers.

Focus on Supply Chain Leading in the Second half

Everbright Securities believes that there are marginal opportunities for improvement in the supply chain of mobile phones in terms of volume and price with the alleviation of the epidemic and the increase of 5g mobile phones, but the overall prosperity has not fully recovered. In order to find structural growth opportunities, it is necessary to select innovative tracks, consider the diversification of customer structure and horizontal expansion opportunities of platform companies. In 2020, the annual mobile phone shipments will decline, and the domestic and foreign epidemic situation is expected to ease one after another, which is expected to drive the third quarter shipments up the inflection point.

Although Huawei has been challenged by the US side, the supply of core components has been basically guaranteed in the near future, and the listing of mate40 series and matewatch has not been affected. Affected by Huawei's adverse sales growth, its upstream leading suppliers are expected to achieve good performance.