Is IOS 14 too Android like? There's nothing wrong with that 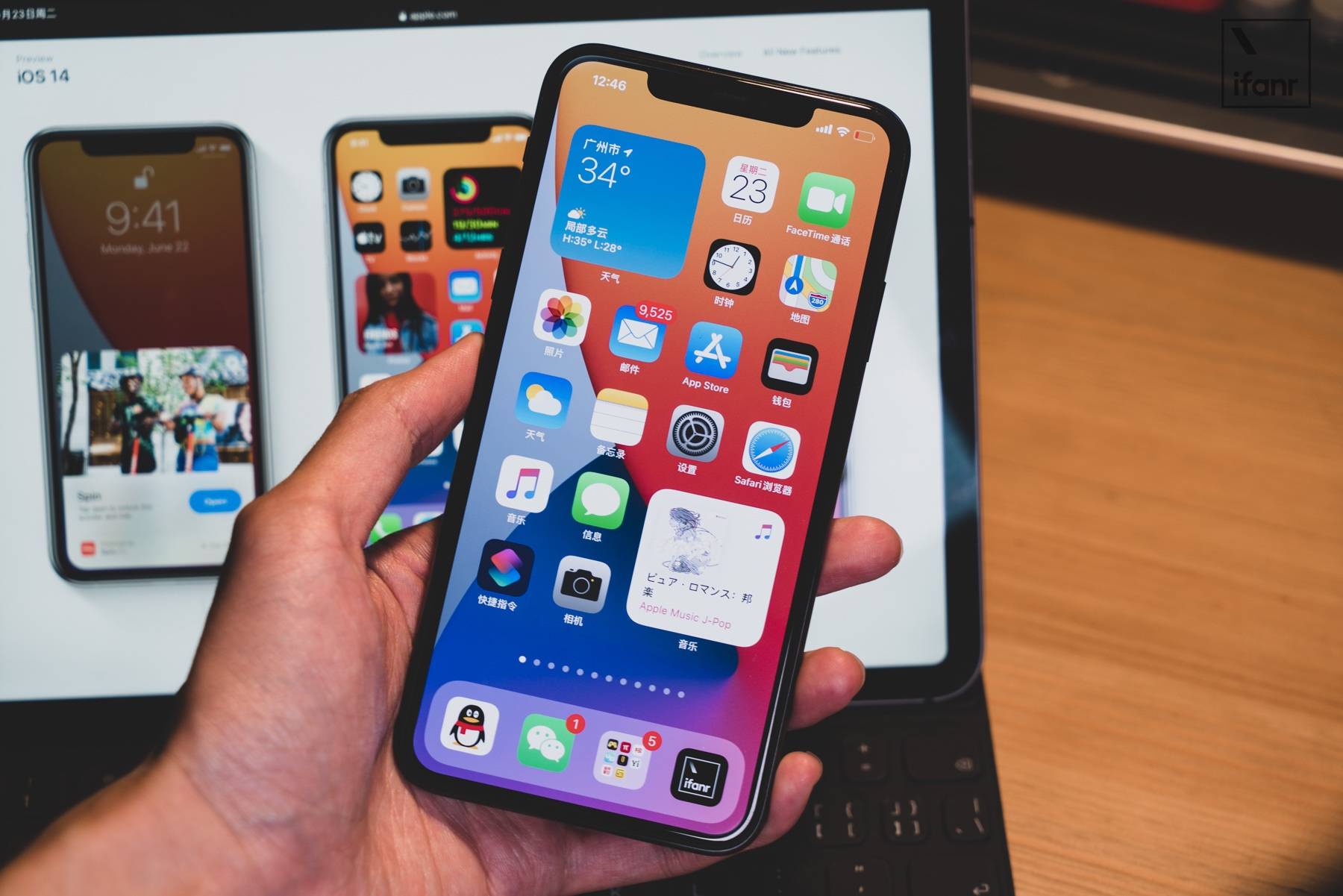 This IOS has existed for a long time;

Android will provide this feature this year;

Isn't MIUI the first to do this function;

Every year when new Android or IOS systems are released, similar comments emerge in endlessly, including the just concluded Apple WWDC Developers Conference. As the system with the largest shape change after IOS 7, IOS 14 introduces many changes, including some familiar functions. 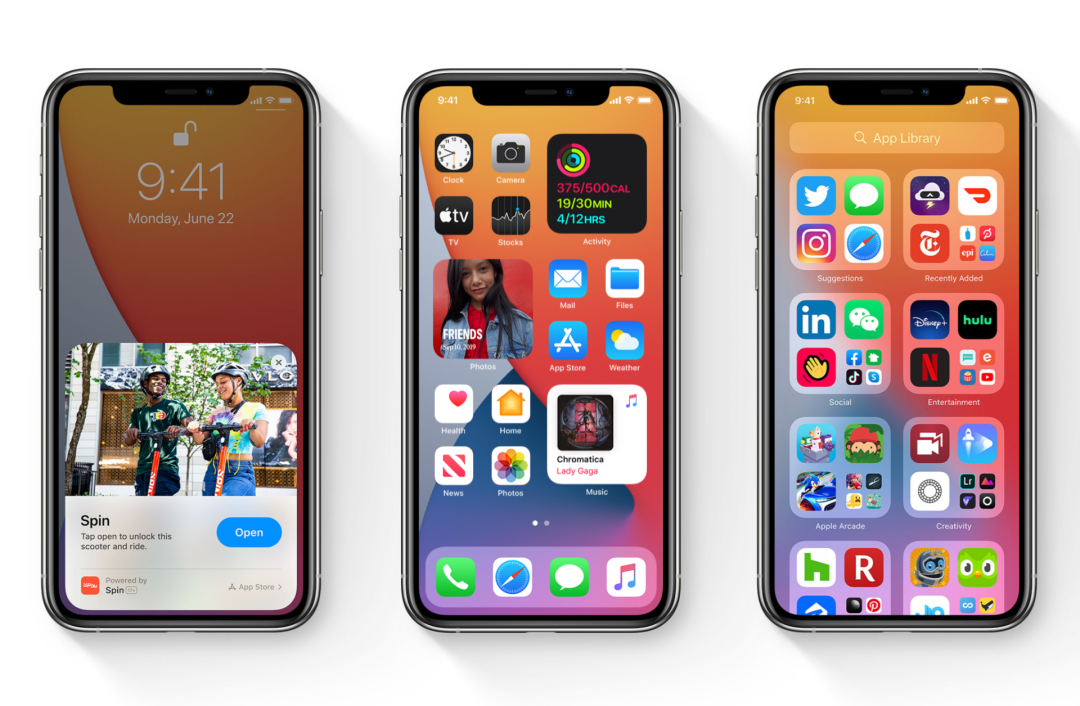 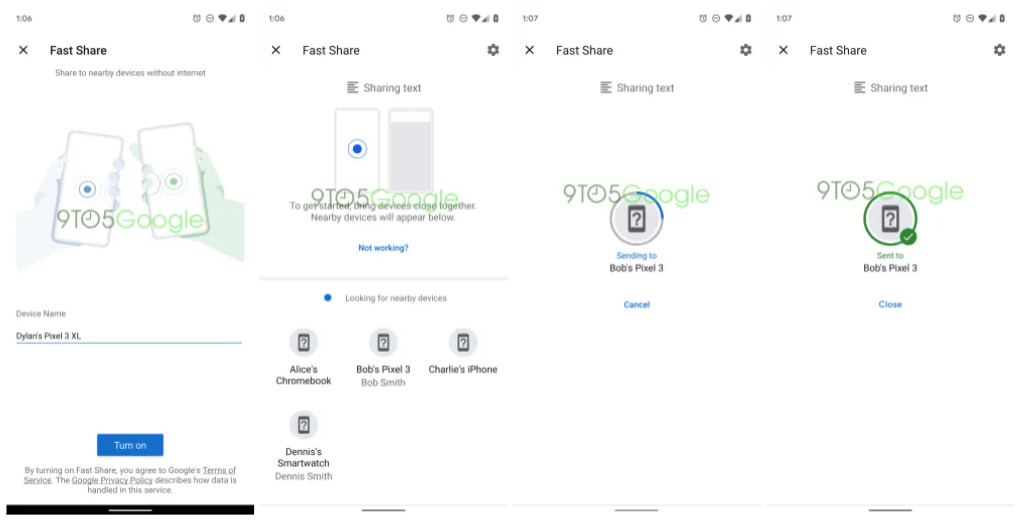 Nothing but industry trends and user needs consistent.

According to IDC, an international data research organization, published in May this yeardataIn the first quarter of 2020, China's smart phone market shipped about 66.6 million units, and the top five smart phone manufacturers were Huawei, vivo, oppo, Xiaomi and apple, which has lasted for several years. 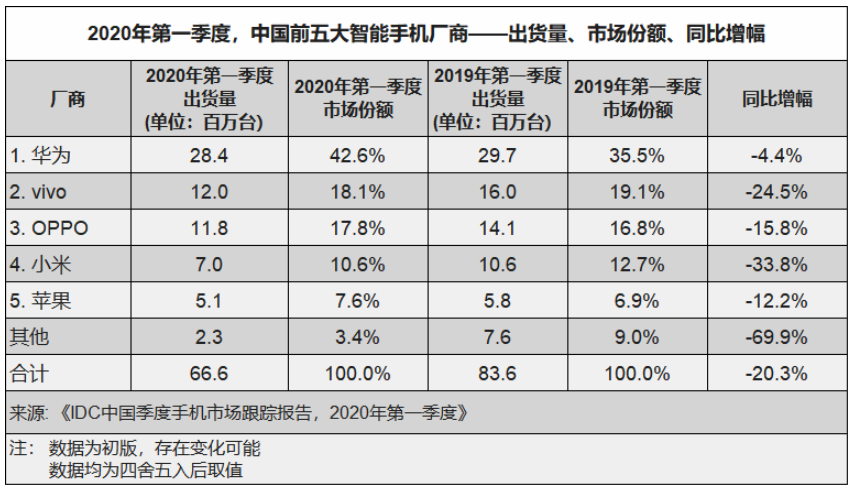 According to IDCreportHuawei, Samsung, apple, Xiaomi, vivo and oppo firmly hold the majority of the global smartphone market share, and the share of small manufacturers is getting smaller and smaller. 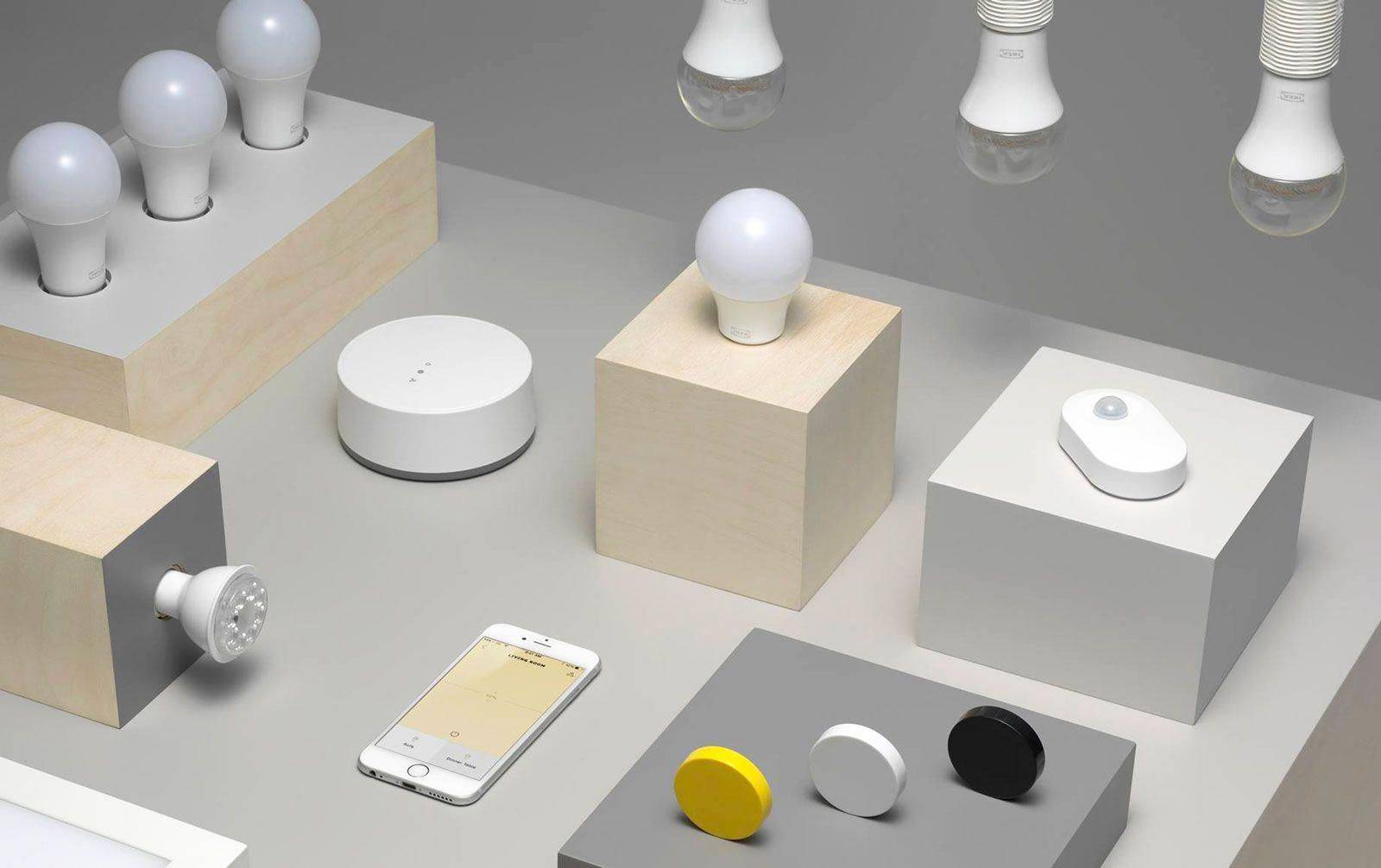 Huawei, Xiaomi, including apple and other companies are launching products and services that are not only smart phones, but also more and more Internet of things devices. When the Internet of things becomes the trend of the whole industry, both Google, apple and Android manufacturers will make changes because of it.

Android 11 betaIt's a typical case. Google adds a function similar to control center in this version. Just press and hold the power button for a long time to enter the function page. It contains media control options such as control headset, TV, etc. it also supports users to directly access the devices connected to the mobile phone in this page.

Higher system level and more convenient operation experience will undoubtedly be more friendly to users. As the controller of Android, it is also conducive to the development of the Internet of animals industry. Xiaomi's home app and Apple's home app have similar functions.

The trend of the industry promotes the formation of standards, and at the same time, it also makes each family converge in the choice of some functions. To some extent, this is the best solution choice in the current period.

And the Internet of things business as a high-growth business, companies in which to invest energy and resources will certainly be more than fixed business 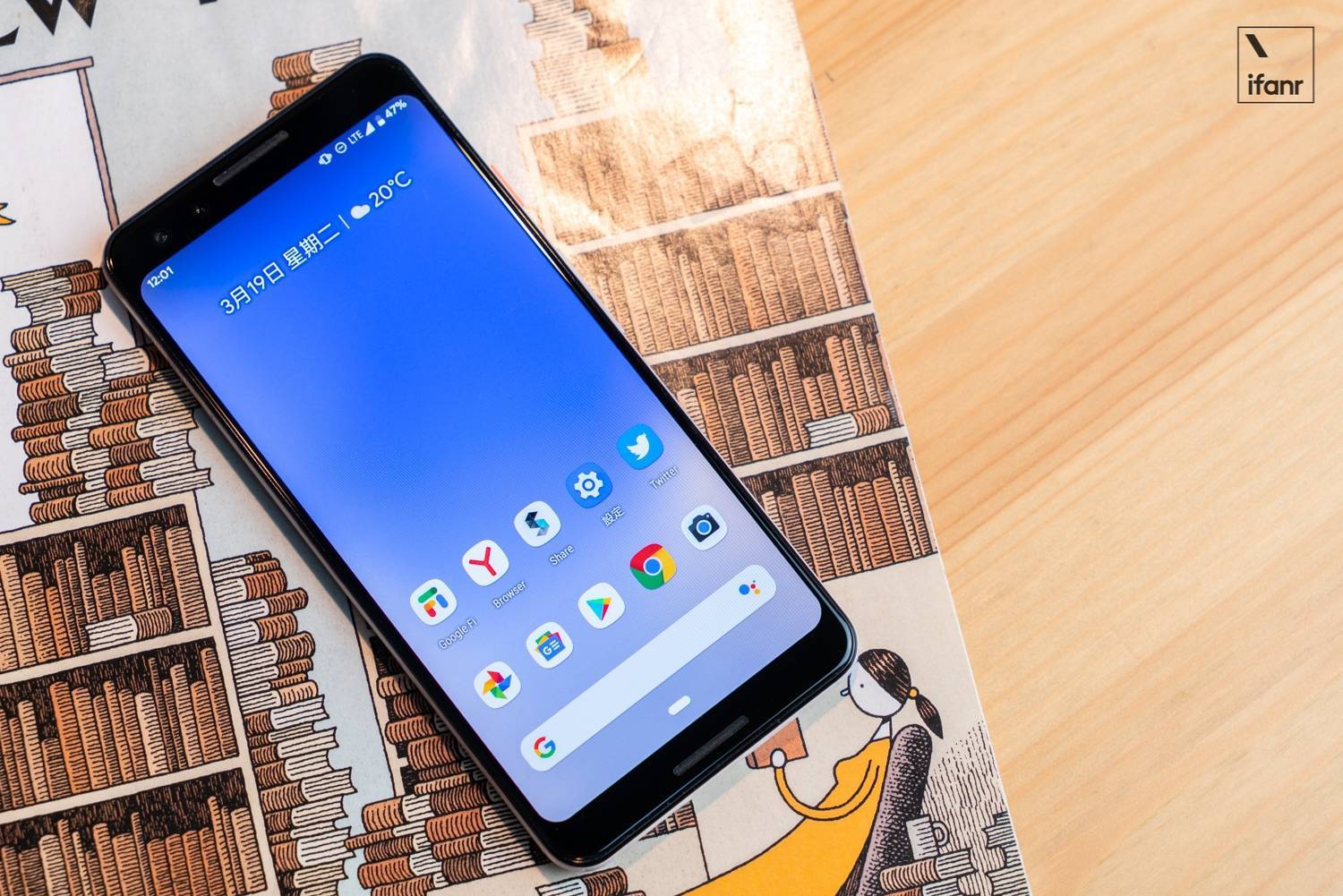 However, user feedback and basic experience tend to be the same in many cases, and similar functions are inevitable.

Of course, this kind of learning is certainly not 1:1. On the one hand, each family has its own interactive logic. In order to maintain the user's operating habits and design continuity, the interaction will not be too separated from the previous interaction system.

On the other hand, each family still has its own ideas. For example, the Android version of airdrop that Google is developing has some similarities with the apple version, but there are differences in some aspects. 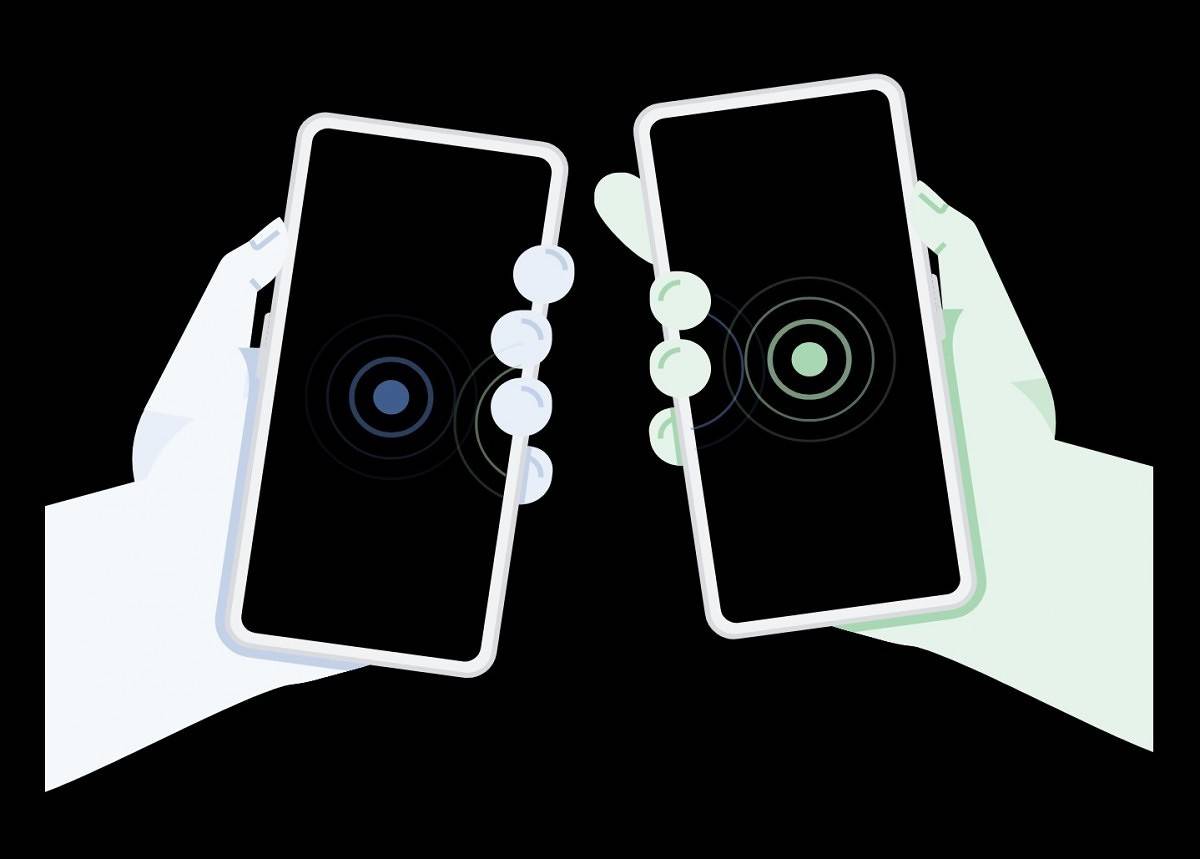 According to Google's recentreport, the name of Android airdrop developed by Google is "nearby share", that is, "nearby share". Besides, nearby share not only supports sharing and transferring files between Android phones, but also supports Chrome OS devices.

This function has appeared in the setting interface of Chrome OS device, and according to thereport, which can be used on Android, chromebook and computers with chrome.

That is to say, nearby share is likely to support Android, Linux, Mac OS, windows and other platforms. 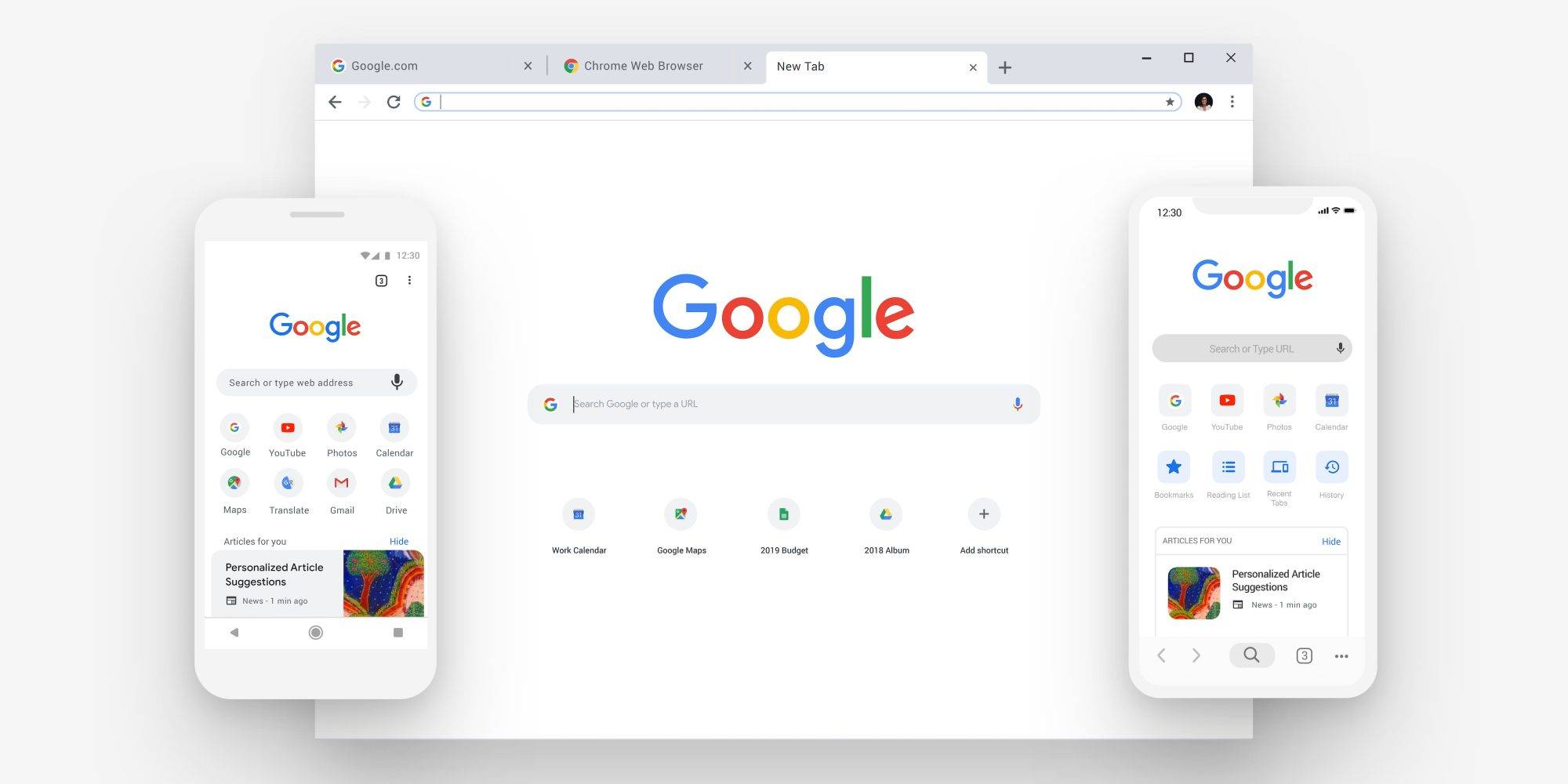 Obviously, Google still hopes to pull users back into its product ecosystem through this function.

Apple's desktop widget design is the same, though it's thought to be a "reference" to Android, but it's still a bit special. Apple obviously limits the proportion of each component. So far we' ve seen only 2 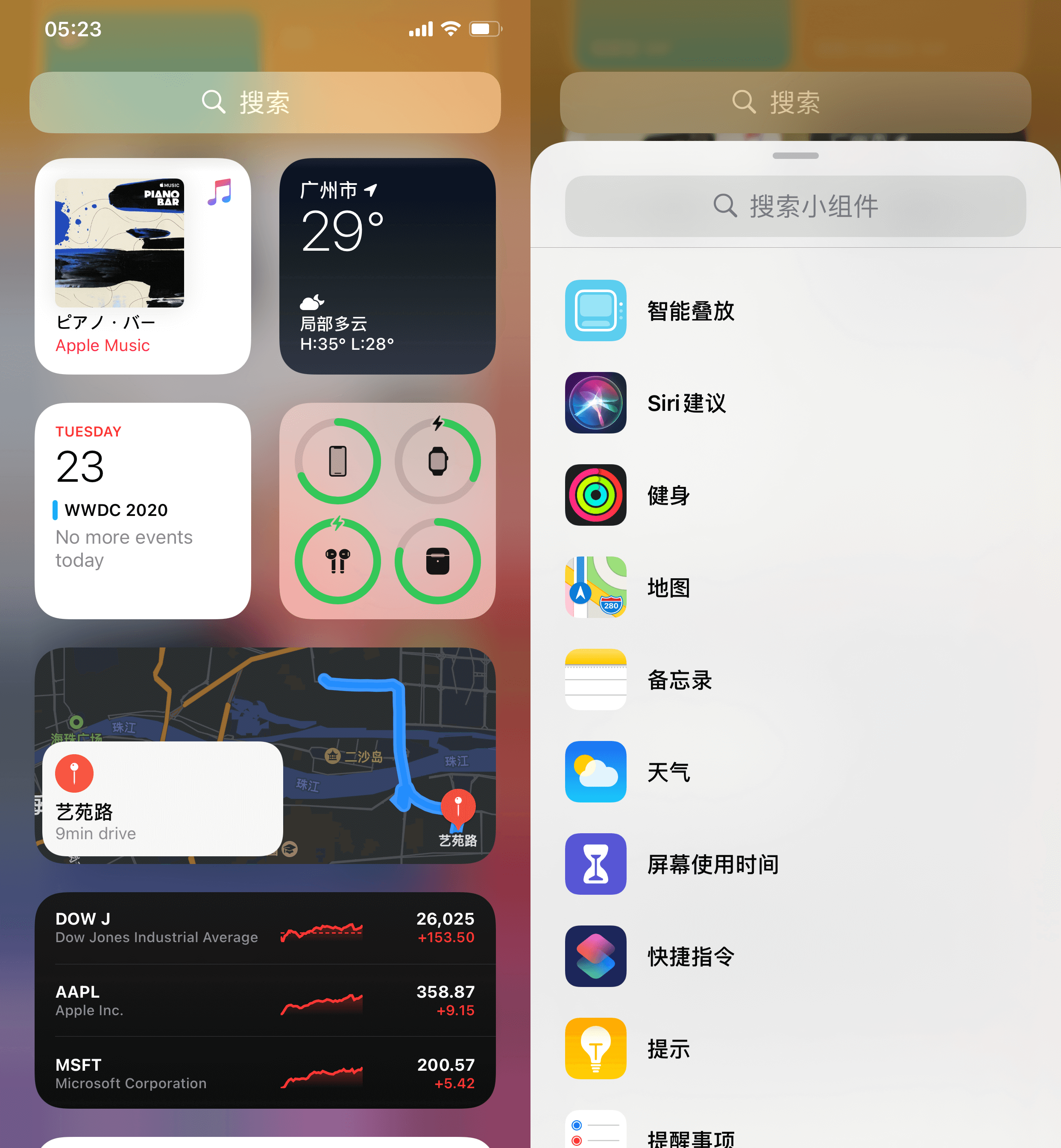 As soon as you look at the desktop, you can see the weather information without having to open it App, and look at the to-do widget to see what's left unfinished today and see the calendar at a glance

Because Google doesn't officially limit the size of the main screen widget, and the design styles of different applications are different, it is often messy to mix with desktop applications. 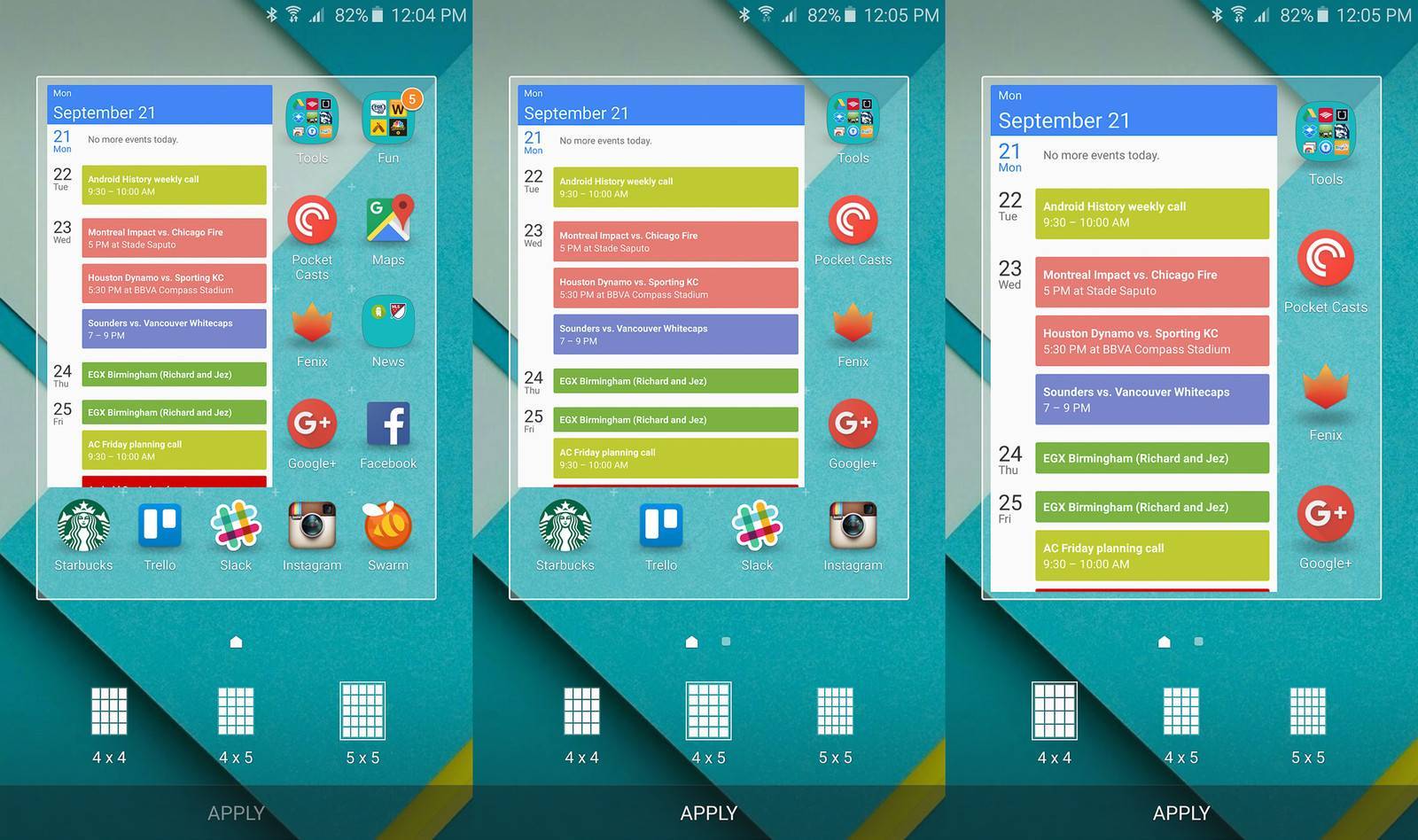 Whether it's Android manufacturer's customized system, Android system or IOS system, smart phones are more and more similar in some aspects, but this is not necessarily a bad thing.

It is a good thing for consumers to receive updates earlier and experience more efficient and easy-to-use functions earlier. 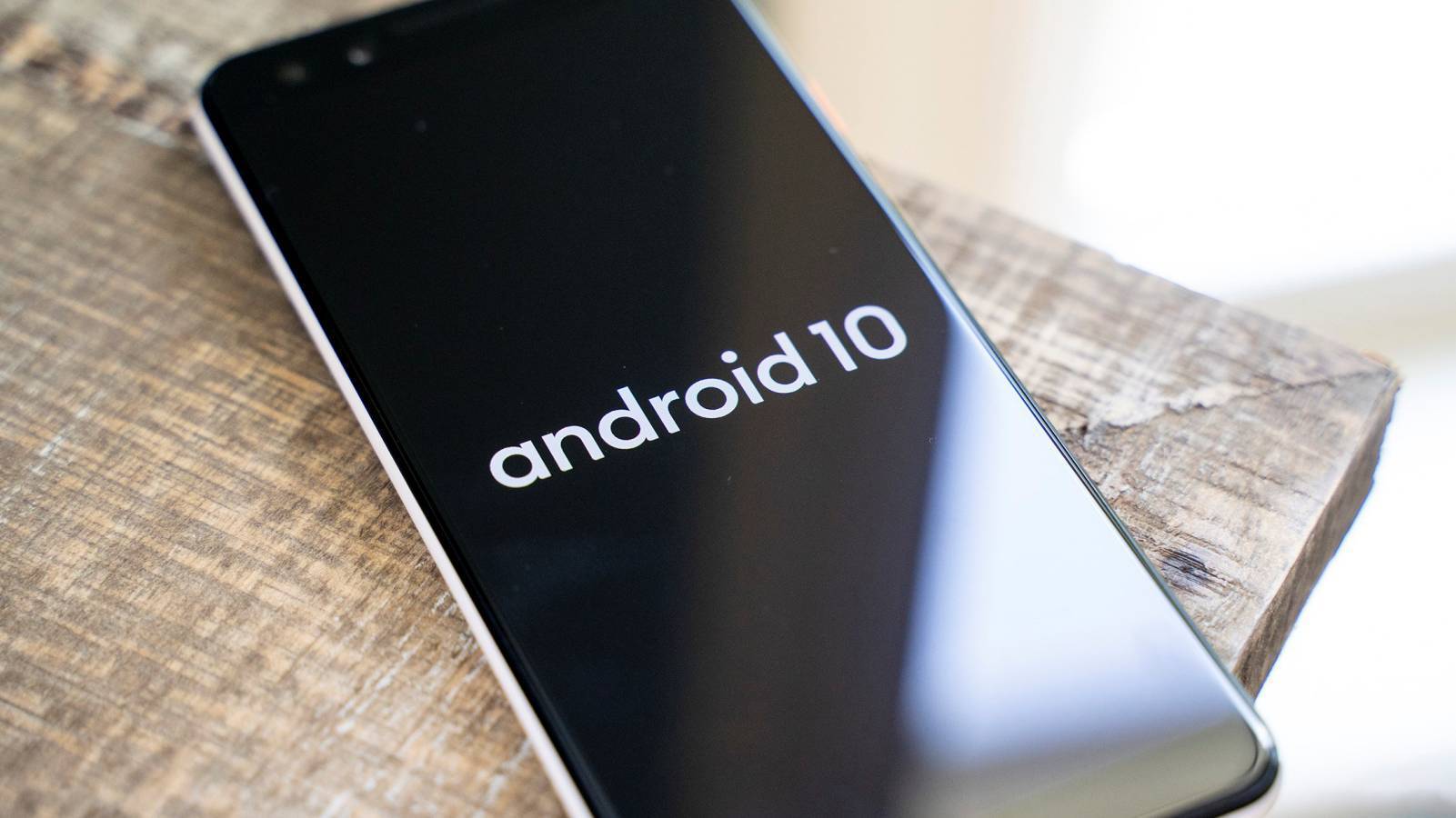 Google itselfadmitWell, Android 10's gesture operation function is because everyone is doing it well, but different interaction logic is not friendly to developers, so Google has accelerated the development speed of gesture operation.

In addition to the "project treble" mechanism introduced by Google from Android 8, Google can cooperate with chip manufacturers to undertake part of the underlying writing work and speed up the adaptation efficiency of other customized Android systems. 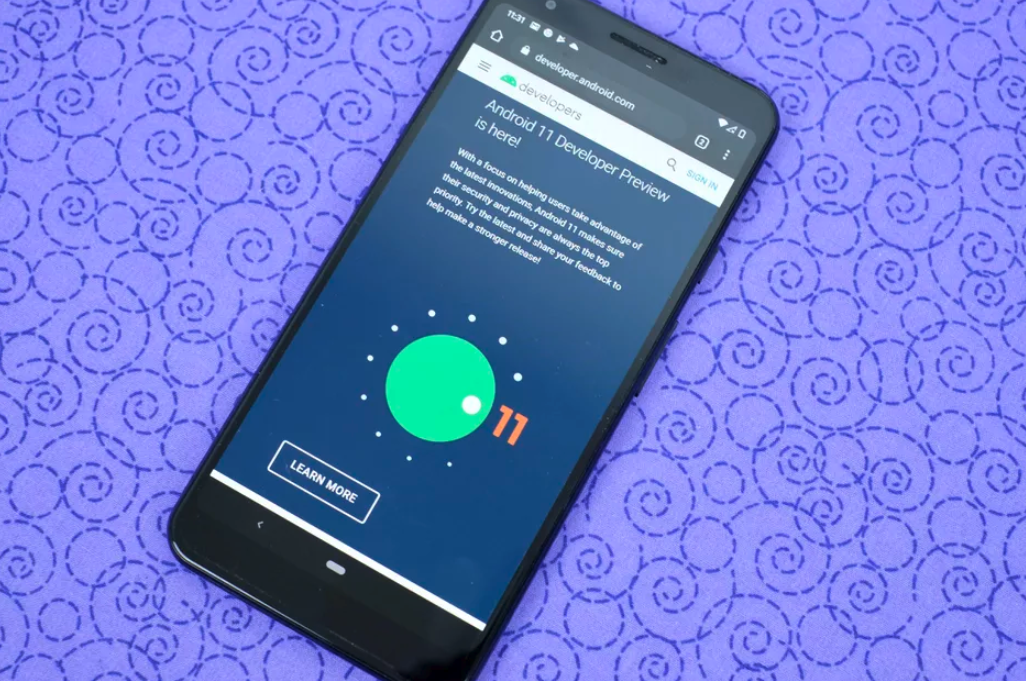 Android can receive system updates faster and experience better gesture operation function faster. Apple's IOS upgrade rate has always been faster than Android's. before the WWDC conference, Apple announced the installation probability of IOS 13. At present, 81% of all iPhone and iPod touch devices run IOS 13. If the qualification is changed to the iPhone launched in the past four years, the data will jump to 92%.

I believe this situation will continue on IOS 14.

In addition, when some functions tend to be the same, each family also provides many unique functions, such as Android's fast charging, Apple's multi device collaboration, and so on. Consumers can still judge their own needs, and then choose the most suitable device.

No matter iPhone or Android phone, under the influence of industry trend and user demand, there are likely to be more and more similar places for smart phones. This is not necessarily a bad thing for consumers. These similar functions often represent the optimal solution chosen by the industry in the current period.

For Smartphone consumers, no matter which smartphone they choose, they can receive system updates faster and enjoy better functions.