At the WWDC developers' conference a few days ago, apple officially announced that it would migrate its MAC to its self-developed Apple silicon processor based on ARM architecture. It said goodbye to Intel x86 architecture and started a new journey. At the same time, the operating system also evolved to the new MacOS Big Sur 11.0.

Obviously, developers are eager to get started, GeekBench 5 the database has been Apple Silicon first run score: single core 736-844, multi-core 2582-2962. 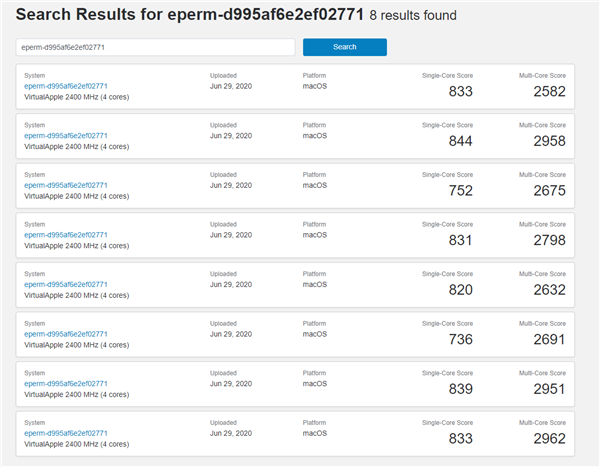 However, it should be noted that these scores of Apple silicon come from the earliest development platforms, such as the beta version of MacOS Big Sur, and use Rosetta 2 to simulate the running of X86 code, so the scores are very low.

In addition, geekbench 5 shows that there are only four processor cores, but a12z has four large cores and four small cores. It is not clear whether geekbench 5 displays errors or does not use small cores.