How come you don't even have a charger when you buy an iPhone so expensive?

Congratulations, Apple's 5v1a charger is finally about to become history.

The price of the iPhone is more than 10000, and the 5v1a charger is obviously out of place. Since the iPhone 11 Pro was launched last year, apple began to provide 18W fast charging chargers randomly. Many fruit powders call their conscience.

This year, the good news is, fill the specs

Not only are there no headphones, but also chargers

In fact, it has been reported before that the iPhone 12 series will not be equipped with earpods wired headphones. On the one hand, earpods are now in low utilization rate, and true wireless has become popular. It is rare to see anyone carrying earpods. Whether it is commuting or office, it is better to simply cut down and reduce costs; second, Apple also hopes to boost airpods by taking advantage of it Even if it is out of stock.

From my personal usage habits, I can accept cutting off earpods, because it is rarely used.

But the latest news shows that the new iPhone 12 series may not even have a charger.

With current revelations, apple will be charging PD 20 W (9v x 2.22a) in the iPhone 12 series, still USB-C to lightning (at least next year, more likely never). 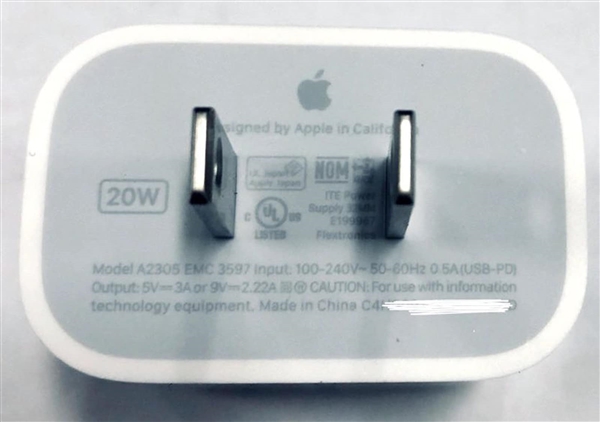 This year, the fast charging specification slightly increased to 20 W, although and Anroid current top 65 W still have a gap, but compared to 5 W has been much better.

However, in order to control the cost, Apple has come up with another trick: no charger attached.

In this regard, Guo believes that supporting 5g will significantly increase the material cost of the iPhone 12. In order to maintain the same starting price as last year's iPhone 11, Apple has chosen to control the cost in other aspects; in addition, the earpods, a wired headset, will no longer be included.

Not only Mr. Guo, but also analysts from the British Bank of Barclays also said that Apple may not have any charger attached to the iPhone 12, but only left a usb-c to lightning connection in the box. Users need to buy a new 20W charger for about $29, the same price as the current 18W charger. This is similar to that of airpods, which is wired only and has no charger.

The price of iPhone accessories is not low, the original 5 V1A charger in the official website price is 145 yuan, and fast charge is more expensive, the price of the connecting line (1 meter) of USB-C to lightning is 145 yuan, the USB-C charger of 18 W is 243 yuan, which adds up to nearly 400 yuan; and the EarPods price of using lightning interface is 223 yuan.

Of course, this is not cost price, but cut this part, will still make the whole machine profits significantly increased, iPhone 12 screen is completely replaced to OLED, the use of Qualcomm baseband tax,

With apple keeping the iPhone at the same starting price last year, the iPhone 12, price-performance ratio for screen ,5 G、 photography will still be high. However, users will have to pay for a quick charge (less than $100 at the cheapest) or continue to use the old five V1A. at home

It could become the norm

Domestic accessories business, in fact, should be very happy to hear this news.

Apple's fast charging is a more general PD agreement, in fact, very good to find a suitable fast charging scheme, the price will not be very high, many enterprises have passed the MFi certification, purple rice 18 W Type-C fast charger USB-C Lightning data line set for 85 yuan, if not too troublesome, then there are green couplet, win, Anker and other domestic manufacturers of accessories optional, cheap big bowl; of course, not bad money can also be directly apple website.

But it's not hard to understand the fact that the old 5 V1A charger is so useless that the new fast charger is expensive. Apple finally decided to send the root line, buy your own charger! Decision cost transferred to the user, fast charger is not difficult to buy, but this after all still has a certain threshold, need to have a certain understanding of digital products.

My attitude towards this charger change of iPhone is that I can understand but do not support it. At least a 5v1a will be sent to users who use iPhone for the first time as a basic charging guarantee. If we insist on the advantages, in addition to reducing the starting price, the packaging box can be smaller, the transportation cost can be saved, and it is also more conducive to environmental protection.

There's a key word in the report:

At present, domestic mobile phones do run very fast in terms of fast charging specifications, but the agreements of each company are often exclusive. If we follow Apple's practice and cancel the charger bonus, the cost of fast charging will be significantly increased, unless we can make a real profit on the starting price (at least not lower than the official price of the charger).

Apple was also scolded when it canceled the accessory flash to 3.5mm headphone interface. However, most users have now entered the wireless era, and the charger is the same. Fortunately, we can still buy a good charger instead of being forced to use wireless charging.

Anyway, just as we are used to not having a 3.5mm headphone jack, we will probably get used to the days when we buy mobile phones without charger.

If you have any objection or complaint, please contact tougao@huxiu.com