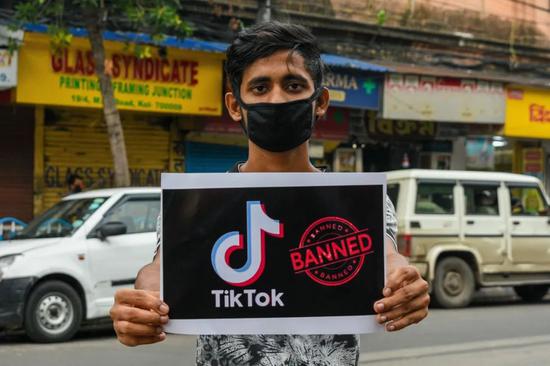 By Wang Anyi and Huang Tianran

On the evening of June 29, the Indian government suddenly announced that it had banned 59 Chinese mobile phone apps for national security reasons. 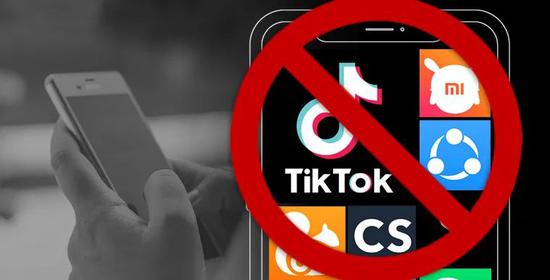 China's most active and competitive mobile phone App, in india has been wiped out.

So far, a number of Chinese apps, including tiktok, have been removed from the Indian app stores of Google and apple.

Minister of the Interior of India

According to the latest report of Indian media, all the blocked Chinese app development companies have been required to attend a hearing held by the Indian government expert group within 48 hours to clarify and submit explanations on the alleged unauthorized use of user data.

India today reports that tiktok has been removed from the Indian app store of Google and apple, which is in communication with the government

Tiktok India has previously responded that it complies with all Indian laws and provides all Indian users with the highest level of data privacy protection standards.

The newly refuted ban order was extended to the ground

India's it ministry has decided to block 59 applications because they are engaged in activities that are detrimental to India's national sovereignty, national defense, national security and public order, and that blocking them will help protect the interests of India's mobile and Internet users, the government said in a press release.

A list of 59 Chinese App banned by the Indian government

In fact, a week ago, there was a wild rumor on Indian social media that the Indian government would ban Chinese apps.

On 19 June, the Government of India's Press and Information Agency (PIB) dismissed the rumor on official Twitter, stating that the document was false and that NIC had not issued such instructions. 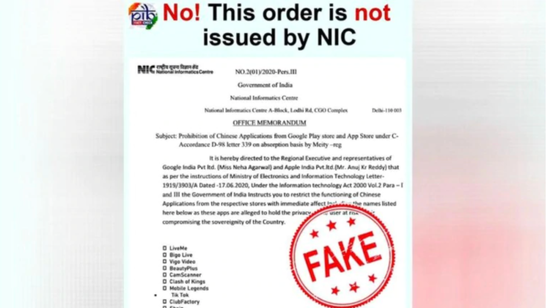 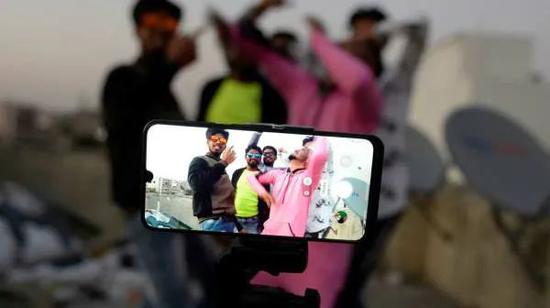 The decision of the Indian government will undoubtedly further boost the Anti China sentiment in India. Since May, Indian people have been launching a campaign against Chinese app.

A hit in India to remove Chinese app App

A unique feature of the App is to help users find all Chinese App from their phones and choose to delete them.

After it went online on May 17, the number of downloads of Chinese apps in India exceeded 5 million, with 200000 reviews, with a score of 4.9 points. It also ranked first in the free downloads list of Google App Store in India.

I'm glad I can eat chicken at the same time

As soon as the official ban came out, Indian Internet users on Twitter clapped their hands and shouted at the government to do something 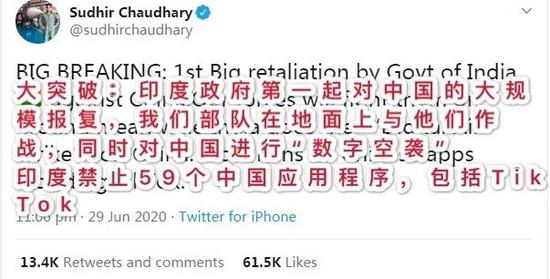 Only a very small number of Indians realize that this decision is extremely stupid. 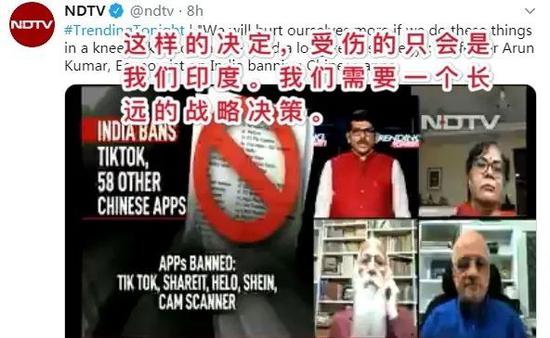 And a lot of netizens questioned,

However, this view was immediately rejected, and some netizens posted a news saying: in November 2019, byte skipping had about 500 employees in India, and the number is still increasing in 2020. 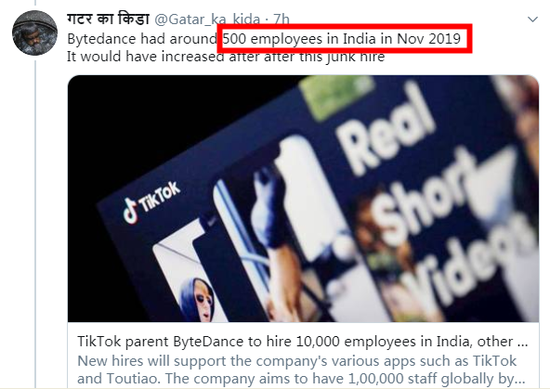 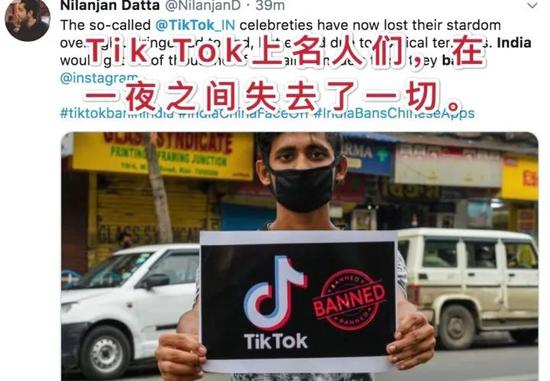 During the past two years, Indian users have invested second only in TikTok to Chinese users 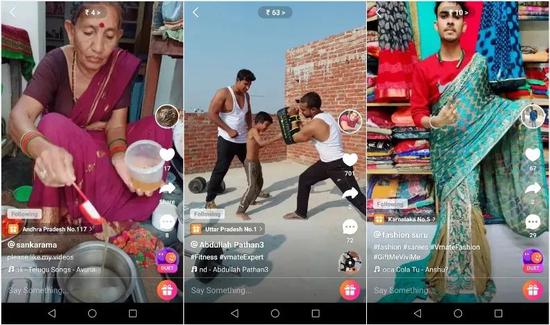 And it's a process of mutual achievement, because TikTok has changed the fate of countless Indians, and some obscure pastry chefs, makeup bloggers, fight coaches have become TikTok.

BBC reports that a India town grocer has become a net fan with 4 million fans because of his tiktok dance.

TikTok is also one of the two great artifacts that Indian Internet users kill time, and the other most popular App is PUBG (Tencent game PUBG, commonly known as Tencent game) 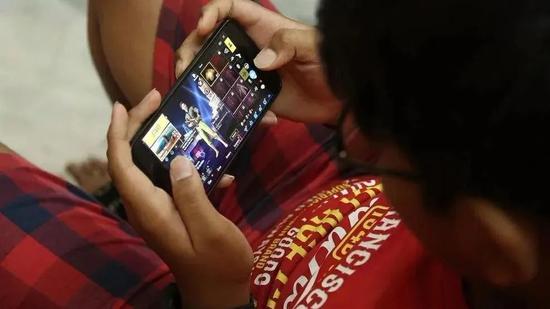 Before the Indian netizens joked: 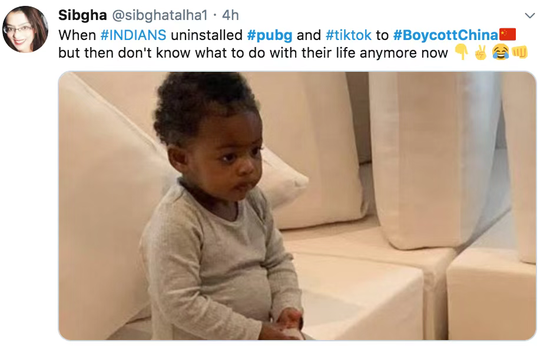 After the government's ban, sharp eyed Indian netizens soon found that there was no pubg in the list, and they immediately put on a happy expression package dancing around. 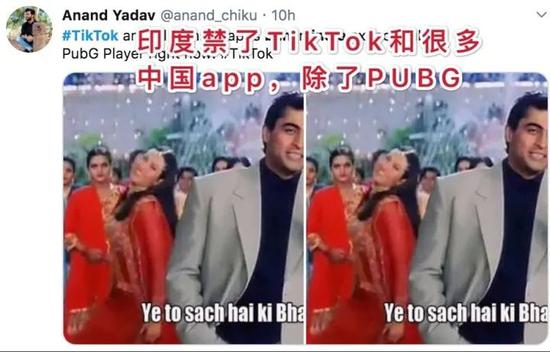 While applauding for the blocking of Chinese apps, and relieved for the pubg's escape from the ban, Indian netizens may not realize that they are falling into a split personality.

Xiaomi gets second light in boycott of Chinese goods

In the past month, Indians have been playing hard in the streets to boycott Chinese goods.

They trampled on Chinese TV; 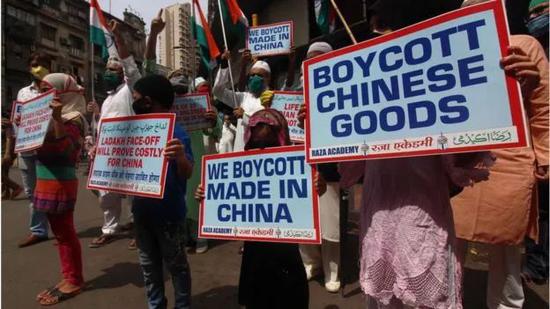 In March 2019, this CAIT also launched a nationwide campaign to boycott Chinese goods. At that time, the boycott was more exciting, and it actually burned Chinese goods. 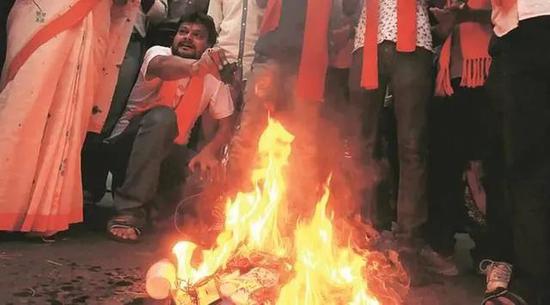 This year, we organized the burning of Chinese goods

How many Indians will boycott Chinese brands like Xiaomi and VIivo, Yiga

In mid June, a survey of 32000 Indians participated in the social media local circles in India. As many as 97% of Indians said they would boycott Chinese goods and services and support Indian or other products instead.

On June 18, the one plus eight Pro went on sale in Amazon India and sold out in a few minutes.

On June 22, one plus eight was launched in Amazon India. This time, it was sold for eight minutes. 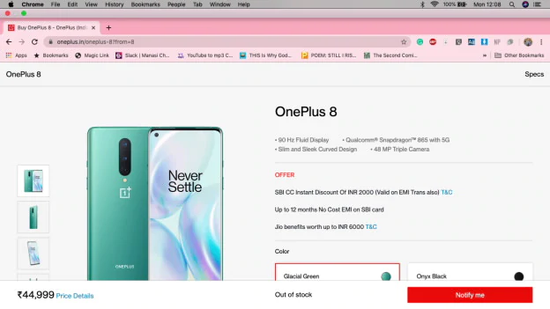 Even if Indians are determined to boycott Chinese goods, there are no conditions for them to resist.

India's pharmaceutical industry, for example, has a large scale and high output value, but it imports more than 17 billion yuan of API from China every year.

The competent department of Indian pharmaceutical industry has submitted a report to the government that India's 12 key antibiotic drugs are highly dependent on China's import, and the degree of dependence is even close to 100%. 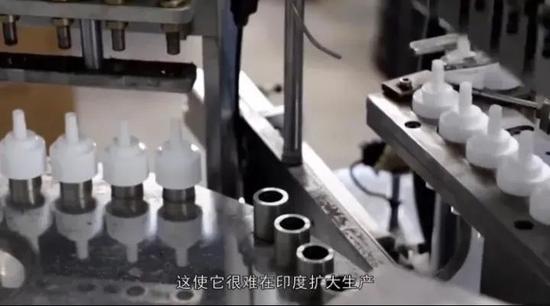 During the anti epidemic period, the production capacity of the press pump for bottled disinfectant in India could not keep up with that of China

About 40000 Indian businessmen flock to Yiwu Commodity market every year. 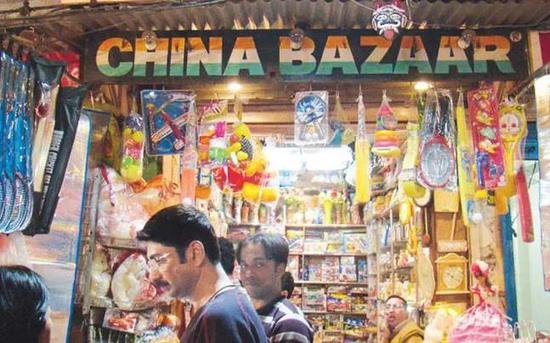 What do 70 million Indian physical retailers sell without the small goods they sell back? Can Indians still have Diwali without the colored lights, fireworks and statues they sold back?

Even the hats and T-shirts that Indians wear when they boycott China are not made in China?

These companies are well-known in India. Their services cover food, clothing, housing, transportation, education and entertainment, which permeate the daily life of Indians in all aspects. 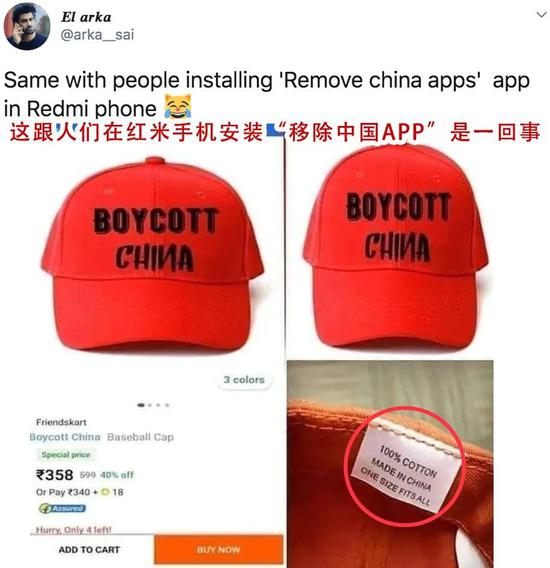 Many Indian Kochon CEO have welcomed the government's ban on 59 Chinese App, but how many Indians know that the CEO's investment comes from China

According to a report released by the Brookings Institution in March, China's total planned investment in India has exceeded $26 billion.

China and India are highly integrated in socio-economic and technological ecology, which is no longer a bone-to-bone relationship, but, as the Indian media have said,

The second largest mobile phone manufacturer in the world

Can Indians refuse to breathe air? 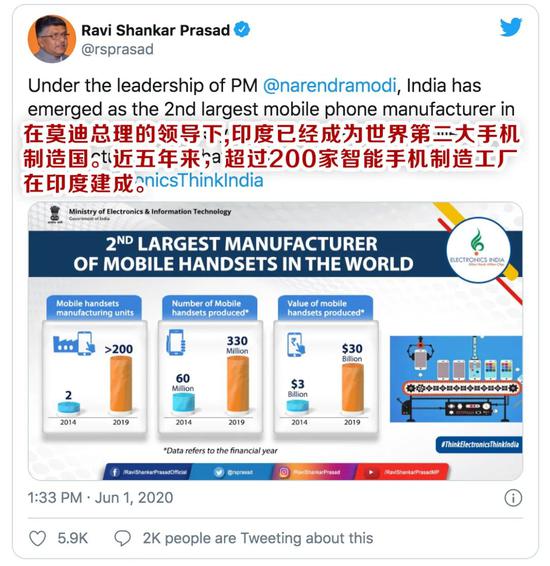 At present, India has become the world's second largest mobile phone manufacturer after China, but 90% of the parts still need to be imported from China.

A suburb of New Delhi, the town of Noida has become a manufacturing base for Chinese-brand smartphones such as OPPO、realme、 and Canada, which is also India 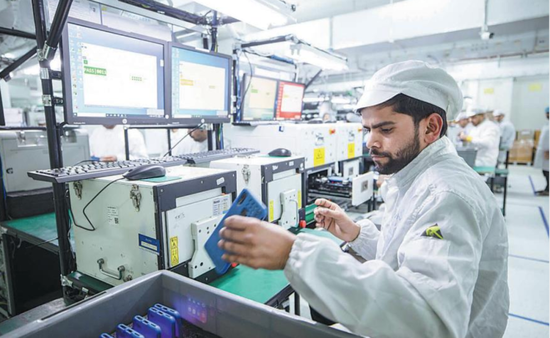 Under the new crown epidemic, the labor force of the factory in Noida has been reduced by nearly half. Tens of thousands of Indian workers have been affected by the boycott. 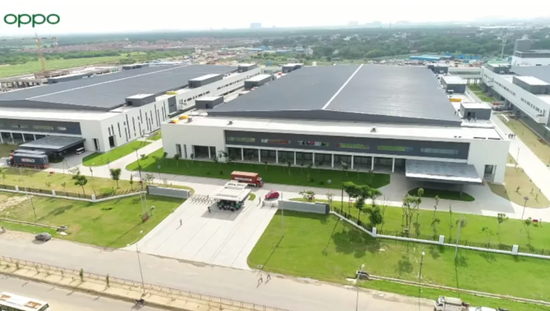 In Yadav's view, Indian anger is the result of nationalism and patriotism. Whether anger can work or not is another matter. 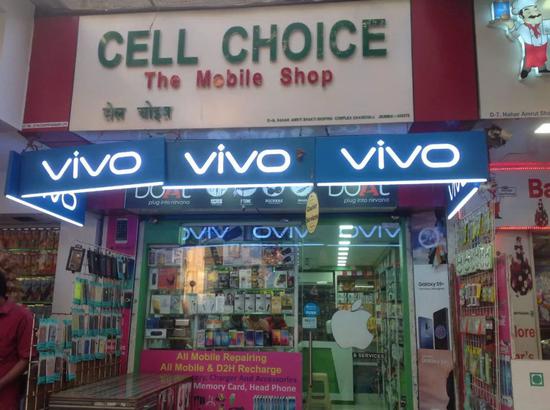 Indian information and policy expert Sengupta also believes that the only way to get rid of Chinese manufacturing is to make a breakthrough in India's own GDP,

In 2019, Xiaomi has more than 80 self operated millet houses and more than 2000 authorized stores in India. 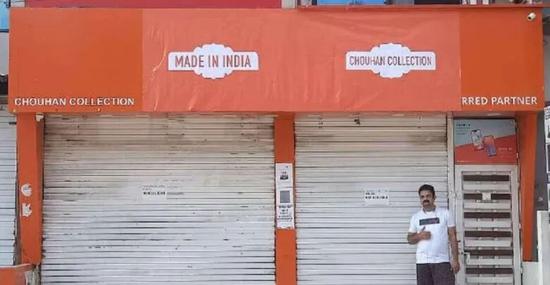 Now in Delhi, Mumbai, Batna and other places Xiaomi stores, have been hung up 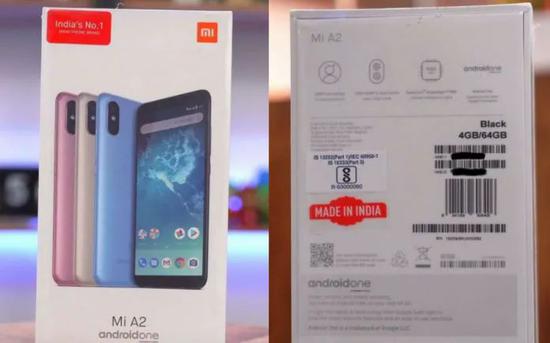 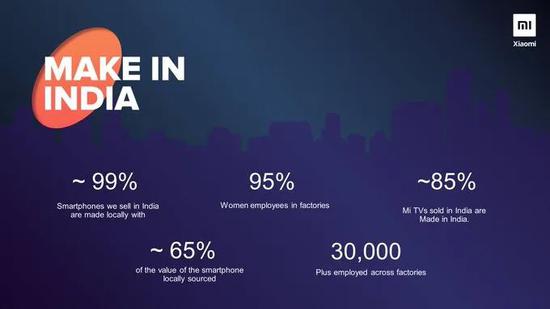 Mr. Jain said that 99% of the millet mobile phones and smart TVs sold in India are produced in India, and 65% of the parts and components are also from India. Xiaomi India Company is completely led by India, with more than 30000 employees in India, and 100% of user data remains in India.

Not long ago, MI notebook, the newly launched Mi notebook in India, was officially announced as the first launch, exclusive use and creation for India. 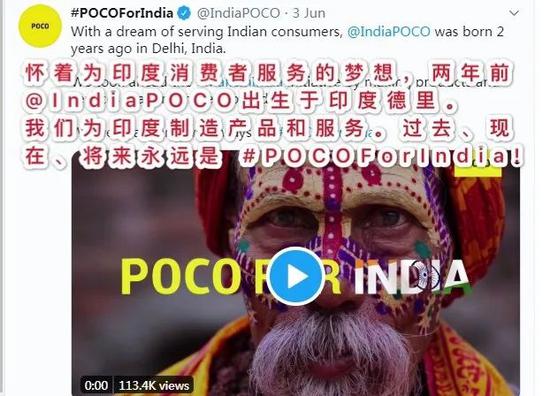 All realme smartphones are made in India, with 7500 direct jobs created by the factory, which will increase to 10000 by the end of 2020, and realme will recruit 5000 promoters to expand its offline business in India, Xie said. 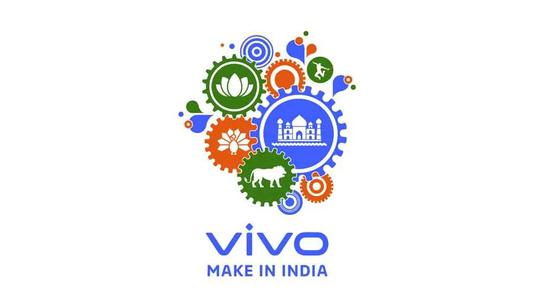 After all, vivo has just added 35 billion rupees (about 3.27 billion yuan) to the new factory to be built, and the total investment in developing Indian manufacturing has reached 75 billion rupees. 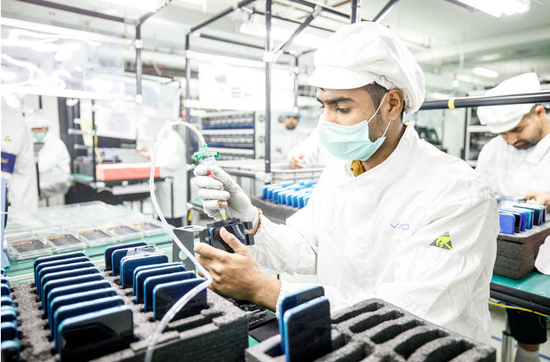 Real gold and silver have been thrown in, do you still need to mind a position?

Related news
Foreign Ministry's response to India's ban on Chinese app: China's strong concern
59 Chinese apps banned in India
India has banned 59 popular Chinese apps, but Indian chicken eaters are relieved
India's ban on 59 Chinese apps may cause byte jitter loss of more than $6 billion
Ban 59 Chinese apps! India's millions of fans: losing their source of income
59 Chinese apps banned, India's Internet appears a lot of vacuum zone
After 59 applications such as wechat and QQ, 47 are banned in India and 275 are still under review in China
Maybe next year you'll get an iPhone 12 labeled "made in India."
The English name of Chinese liquor has been changed: Chinese Baijiu has been officially launched
Hot news this week
Titanium Media Publish Assesum: People's Bank: Digital RMB Winter Olympics pilot has entered the sprint phase; Tesla announced that 250,000 Powerwall energy storage power stations have been installed
Close to the apple millet, two weeks of consecutive weeks, China Smartphone second: 3 years, the world's first
Alibaba and Tencent have received more than half of the 43 antitrust fines, and lawyers say the penalties are likely to increase
Study on the sequelae of COVID-19 in the Chinese team: Shortness of breath, depression and other problems still existed nearly one year after discharge
Capital does not love SAIC, "flying" subsidiary, Jet Hydrogen Technology intends to go to science and technology board
Huawei redefines one of the three major communication networks of the underground communication network
Tencent responded to "APP to get ridiculous": Upgrade APP is now downloaded for user rights protection
Gree announced the implementation of the double-holiday work system Dong Mingzhu from the media voice netizen God reply
The approval of Sensetime's IPO gives the metasurverse concept another ride
Netease Cloud Music will soon be listed on the back of 200 million monthly live users how to make money
The most popular news this week
Huawei Heavy Machinery is re-incorporated! Generators except logo exactly
Samsung PCIe 4.0 hard drive upgrade: more heat sinks fully support PS5
New crown latest variament has emerged in early November: New York, USA has a bad feeling
Black Friday us stores face embarrassing situation! Got stuck in the neck
Vehicle positioning signal weak puzzle! To be completely solved by Huawei
Apple resumed sales of the iPhone and iPad in the country after an emergency removal, with prices rising by 25%
In the first 10 months of the year, China's software business revenue increased 19.2%
Guangming Daily: Bid farewell to disorderly competition, platform economic development to tighten the bottom line
Can WeChat transfer borrowed money?
Sources say Huawei has begun mass production of a generation of foldable phone price surprise