Why Apple is willing to risk independent chip development? Failure is affordable

On july 4th, according to foreign media reports, apple recently announced that it would migrate the processors it uses on its Mac from intel chips to its own Apple Silicon. Although this is expected, why apple is willing to take risks and even seems quite eager to make this transition is still worth exploring. There is no doubt that switching the underlying architecture is risky, both hardware and software. It's a process full of uncertainty, and few companies dare to do so. 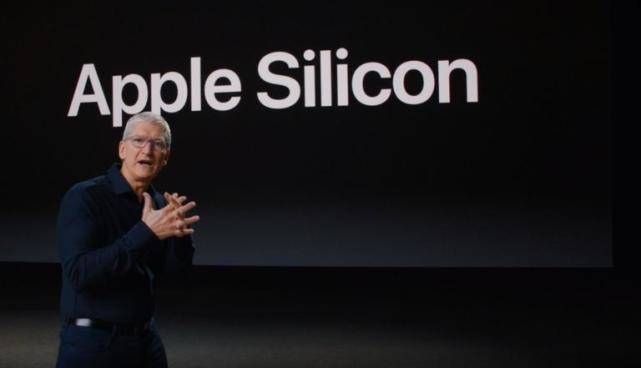 Most participants in the computer industry have chosen a much simpler path, focusing on compatibility for more progressive upgrades. With the exception of apple, other desktops and laptops still run largely on improvements to intel's x86 architecture and microsoft's operating system, which were first used in IBM PC in 1981.

The road to windows involves building on DOS and integrating it, not replacing it. The most successful version of windows is often the most familiar and stable version. And when it comes to 64 bit processors, it's the expansion of the x86 architecture (pioneered by AMD) that has been successful, rather than a radical change. On most PCs on the market, we can still turn on DOS and run the visicalc version designed for IBM PCs in 1981.

To get rid of this, you have to take huge risks. As cook points out, Apple has taken this risk three times in the transition to PowerPC, OSX and Intel processors, respectively. So it's important to look at these transitions and see what's right and what's wrong.

The first transformation of Apple's MAC processor was in the early 1990s, from Motorola CPU, which initially powered Macintoshes, to PowerPC. At that time, as now, Intel's chips dominated the PC field, so that Motorola's own 68000 based chip was hard to succeed.

At the same time, IBM'so many

But for aim, it's becoming more and more difficult to keep up with Intel's processes. Because IBM's PowerPC has never been a big success in the mainstream market, the cost of designing and manufacturing chips has to be apportioned to a much smaller amount than Intel. The result is that a range of machines are more expensive than the same Intel machines, but less powerful, so much so that it almost kills apple.

The second transition for Apple's MAC processor is from MacOS to OS X (recently renamed MacOS).

The original MAC OS basically lasted from the introduction of Macintosh in 1984 to Mac OS 9 in 1999. But it's not that simple. After Mac OS 5, it was clear that Apple needed something more modern, just as the original DOS operating system was eventually replaced by the Windows NT kernel. Apple began developing an operating system called pink, which was incorporated into another apple / IBM joint venture, tilient, in 1992, and later HP joined it.

This is a bigger failure, because no one can really agree on what the operating system should look like, so it has failed. In the end, it became the foundation of IBM workplace OS, which never even received mainstream recommendation. When the attempt failed, apple updated its existing Mac OS (eventually system 7) and began to develop another ambitious operating system, called Copeland, which never went public.

In fact, in the mid-1990s, Apple was considering a variety of options, including the highly acclaimed, multimedia focused beos, and then decided in 1997 to buy next, a deal that brought jobs back to apple. Next creates a machine, and more importantly, an operating system called next step is created based on the Mach kernel and UNIX implementation. This eventually includes an object-oriented framework based on objective C.

Apple's original plan was to develop a new operating system based on Mac OS. But given that Apple's plans for a new operating system failed in the first place, many developers are skeptical. So, after jobs became CEO again, apple decided to combine elements of Mac OS and next-generation OS, partly through the use of a tool called carbon, making it easier for Mac OS applications to run on the new OS. This led to the birth of Mac OS X in 2001, a UNIX based operating system that could still run old Mac OS applications.

Since then, Mac OS X have been upgraded and renamed Mac OS. It stays

All the off and on actions associated with the Mac OS X launch point to the risks of such a significant change. Apple's failures on pink, talient and Copeland have cost it a lot of developer support. But at the end of the day, it's worth it, providing a modern operating system for the Macintosh, just like the differentiated operating system apple will use to continue to charge a premium.

Apple's third transition to MAC processors is from PowerPC to Intel. Apple announced the adoption of Intel processor in June 2005 and completed the transition at the end of 2006.

At the time, the PowerPC alliance was in trouble. Although the alliance with IBM is still developing very competitive desktop chips, such as the PowerPC G5, it does not provide competitive chips for laptops, and the market share of laptops is growing.

Jobs said at the time:

Over the years following this transition, Apple included a technology called Rosetta in its OSX that can convert PowerPC applications into Intel applications. Apple Mac OS X in 2011

By the end of the year, the first Intel-based Macintoshes was released in January 2006, and all models in the series had been updated to Intel-based versions. Apple released in 2009

So why does Apple need to transform again now? In some ways, it goes back to the days when Intel decided not to provide chips for the iPhone, and apple then decided to make its own chips. 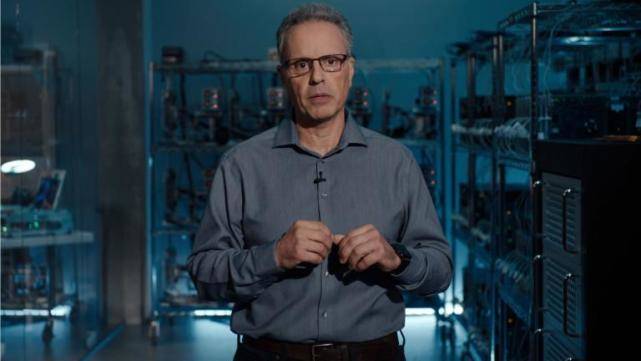 This gives apple the ability to mass produce unique processors with high cost performance, which is unthinkable in the era of PowerPC. In addition, apple is commissioning TSMC to produce these chips, using cutting-edge technology, which can be said to be several years ahead of Intel. How different times have become. 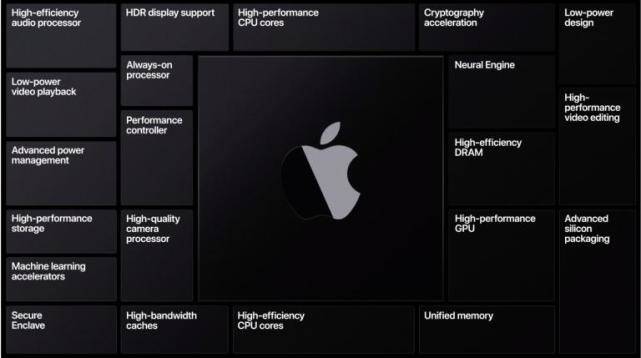 Mr Slaughey says Apple is developing a range of SoC. specifically for Mac He said:

Of course, it's not until the final release that we really know how good this is, and we can actually test it. At the same time, pcmag has run some benchmark tests to compare Intel with Apple's current processors and get some fairly good results. 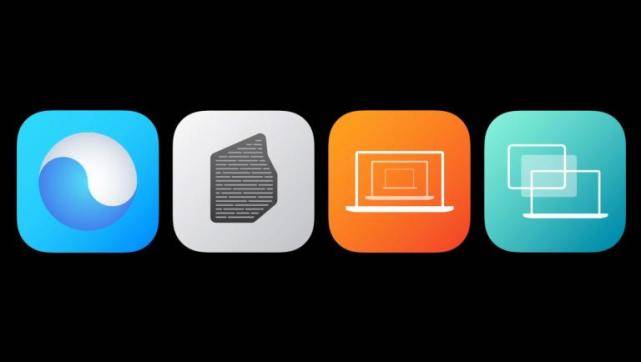 Fedrigee said that all Apple applications, including the Mac Pro app, will be native to Apple silicon, and Microsoft and adobe are on the way to porting their applications. The demo includes Microsoft Word, Excel and PowerPoint, Adobe Lightroom and Photoshop, and Apple's final cut pro, all of which run on the a12z chip development system currently used by iPad pro.

For developers who don't generate native applications immediately after Apple releases the system, apple provides Rosetta 2, which can convert existing applications at installation time, and even dynamically translate software using instant compilers such as Java. Apple showed versions of Maya and Tom raider, both running under the new Rosetta.

It will also support virtualization, allowing you to run other operating systems on MacOS Big Sur (a feature mainly used by software developers), but not bootcamp, an apple program that allows you to start Macintosh on windows. It's not clear how you're going to get windows, because Microsoft licenses windows only to system manufacturers, not to individuals. Nevertheless, third-party developers such as parallels are still trying to find alternatives.

Because it runs a variation of the silicon chips used in iPhones and iPads, the new Mac should be able to run all of these applications.

Mr federidge announced that apple had launched a quick start for developers, including a developer transition kit machine that uses a Mac mini case with Apple A12Z SoC、16GB memory ,512 GB solid state hard drives, and MacOS Big Sur developer beta and Xcode tools that are now available. Cook said the first consumer systems to use Apple silicon should be launched by the end of the year and said the transition to all Apple silicon products should take about two years. Although during this period, Apple will still launch new Intel machines, and during the

Of course, it may be years before we know the result. Apple seems likely to succeed in moving its developers to a new platform, but whether the new macbooks will be as fast or faster as Intel based or AMD based laptops, or whether it will be as energy efficient as Intel or AMD laptops for a long time. Given that Apple's dependence on the MAC is far less than it was at the time of the transition, while the move is still risky, the company can afford to fail. (Tencent technology reviser / Jinlu)

Related news
Hot news this week
The company announced the shipment data of 2021 Q1: the proportion of Huawei fell to the sixth place in the world at 4%
Sony's third generation noise reduction experience: comparable to the strongest combat power of real wireless noise reduction headphones
Henan satellite TV "Dragon Boat Festival wonderful tour" full version popular all over the network: netizens call content amazing
New people to do "new" business: preparing for the battle with Zhang Ying, a peach farmer in Yangshan
An 18-year-old Japanese female painter is popular, and her painting level of mobile phone software is beyond imagination: beauty makes netizens sigh
In depth cooperation with Huawei real hammer! BYD open recruitment of "Hongmeng development engineer"
The scale of college graduates is 9 million 90 thousand. Alipay's small program "graduation service package".
In 618, big promotion came, beware of the trap of cheating by taking advantage of the official SMS of charging companies' platforms
Can you travel around the world without leaving home? Jingdong 618 Jingdong International gives you a fancy "flying" strategy
Dragon Boat Festival colorful Luoshen amazing interpretation of underwater flying netizen: too beautiful, lost the language
The most popular news this week
A moment in history! The successful launch of Shenzhou 12
Airpods 3 will be launched this year! Apple executives hint: it may integrate the bracelet function
The first man after Bill Gates! Microsoft CEO NADELLA will also be chairman of the company: the first time in 20 years
Domestic mining fails Huaqing: the price of graphics card is falling
The couple's "love insurance" was refused when it was due
Good news! 360 government enterprise security group won the bid of 236 million yuan national network security industry base major infrastructure group project to build Zhengzhou security brain
Peng Xiaobo: China's rocket launch cost may be lower than SpaceX in 2025
Pan Shiyi's SOHO China is going to sell: Blackstone makes a comprehensive bid of 19.5 billion yuan
Glory 50 race against time: get chip information 45 days later and release it 30 days in advance
One plus mobile phone will be integrated with oppo to become an independent brand of oppo