At the recent semiconductor industry event, Hangzhou Zhongxin exhibited a 12 inch single crystal silicon rod and silicon wafer. If you want to make this 300kg single crystal silicon rod into a 12 inch silicon wafer with the thickness of cicada wing, it needs to be applied to a large number of cutting processes, and the difficulty can be imagined. The exhibition of this product shows that Hangzhou Zhongxin Semiconductor Co., Ltd. has become the first company in China to produce 12 inch silicon wafers independently. 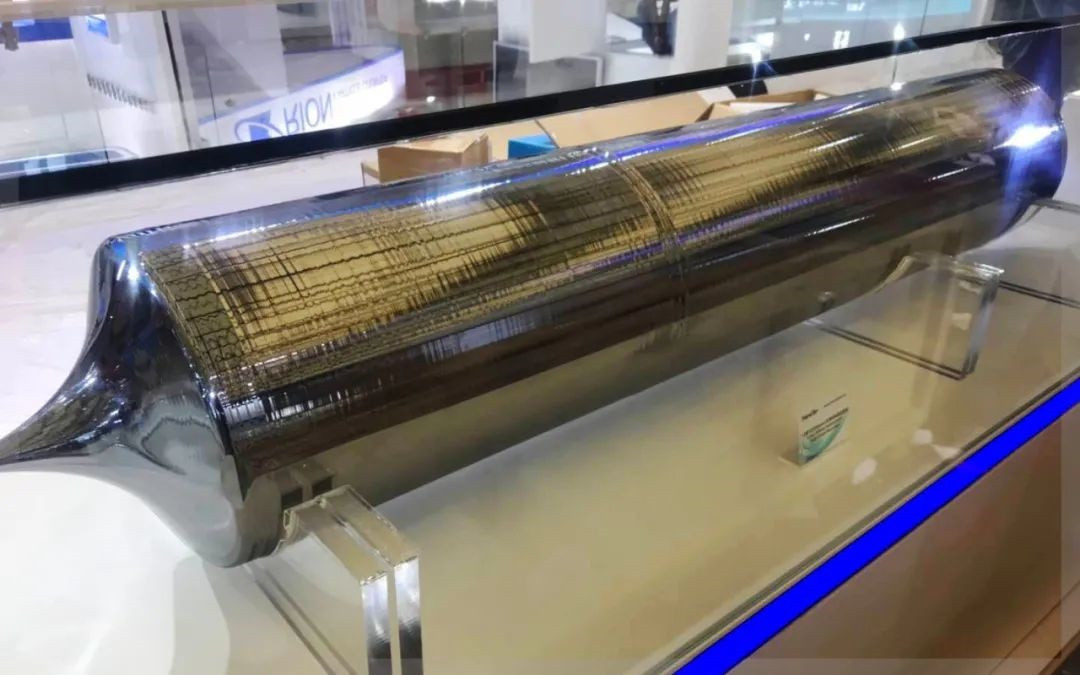 What is a silicon wafer? Wafer refers to the silicon wafer used in the production of silicon semiconductor integrated circuit, which is an indispensable part of the semiconductor industry. According to the data released by the General Administration of customs, in the first nine months of 2019, the import volume of semiconductor materials in September alone was 45.2 billion, and the amount reached 1.71 billion US dollars. Such a high import volume shows that the development of China's semiconductor industry is still not very ideal, and needs rapid development of related industries. This can reduce the amount of imports and reduce the cost of manufacturing electronic components. On the other hand, it can greatly improve its position in the industry and export to overseas countries instead of customers, so as to earn more expenses.

However, it is easy to say, and it is still very difficult to realize it. Fortunately, some semiconductor enterprises in China have made a lot of achievements in this field in recent years.

Achievements at this stage

As can be seen from semi's annual report released in 2019, the global semiconductor material market sales in 2019 were US $52.12 billion, a year-on-year decrease of 1.1%. Sales of China, Taiwan, Korea and Japan have all declined, but the Chinese mainland market has not been reduced, but at the same time, sales volume has also reached the top three of the market. Naturally, all this is inseparable from the efforts of China's semiconductor enterprises. As early as the end of 2016, China Changjiang storage established a national storage base in Wuhan. According to the planning at that time, the production capacity of the base was 100000 pieces / month, which could effectively reduce the demand for semiconductors in China. And at the end of 2017, Changjiang storage developed the first 3D nadn flash memory (32 layers) in China, achieving a feat from 0 to 1. In 2019, Changjiang storage also officially announced that it will mass produce 64 layer 256 GB TLC 3D NAND flash memory based on xtacking architecture, which is also the first 64 layer 3D NAND flash memory in China. 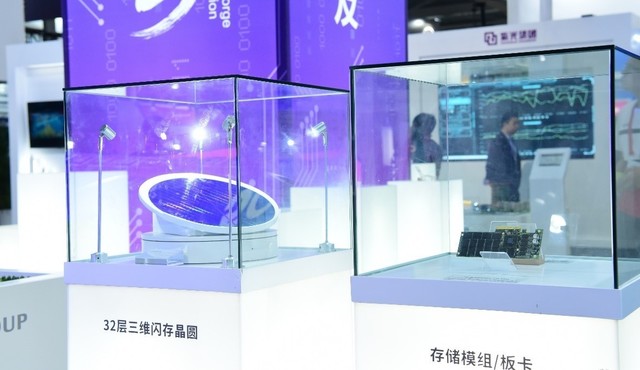 In addition, Changjiang storage, together with the national integrated circuit fund, Hubei science and technology investment group and Hubei integrated circuit fund, has jointly invested in the construction of the second phase of the national storage base, with a production capacity of 300000 pieces / month after completion. At present, the global flash charging capacity is only about 1.3 million pieces per month. After completion, the Yangtze River storage alone will be able to occupy 20% of the global production capacity. 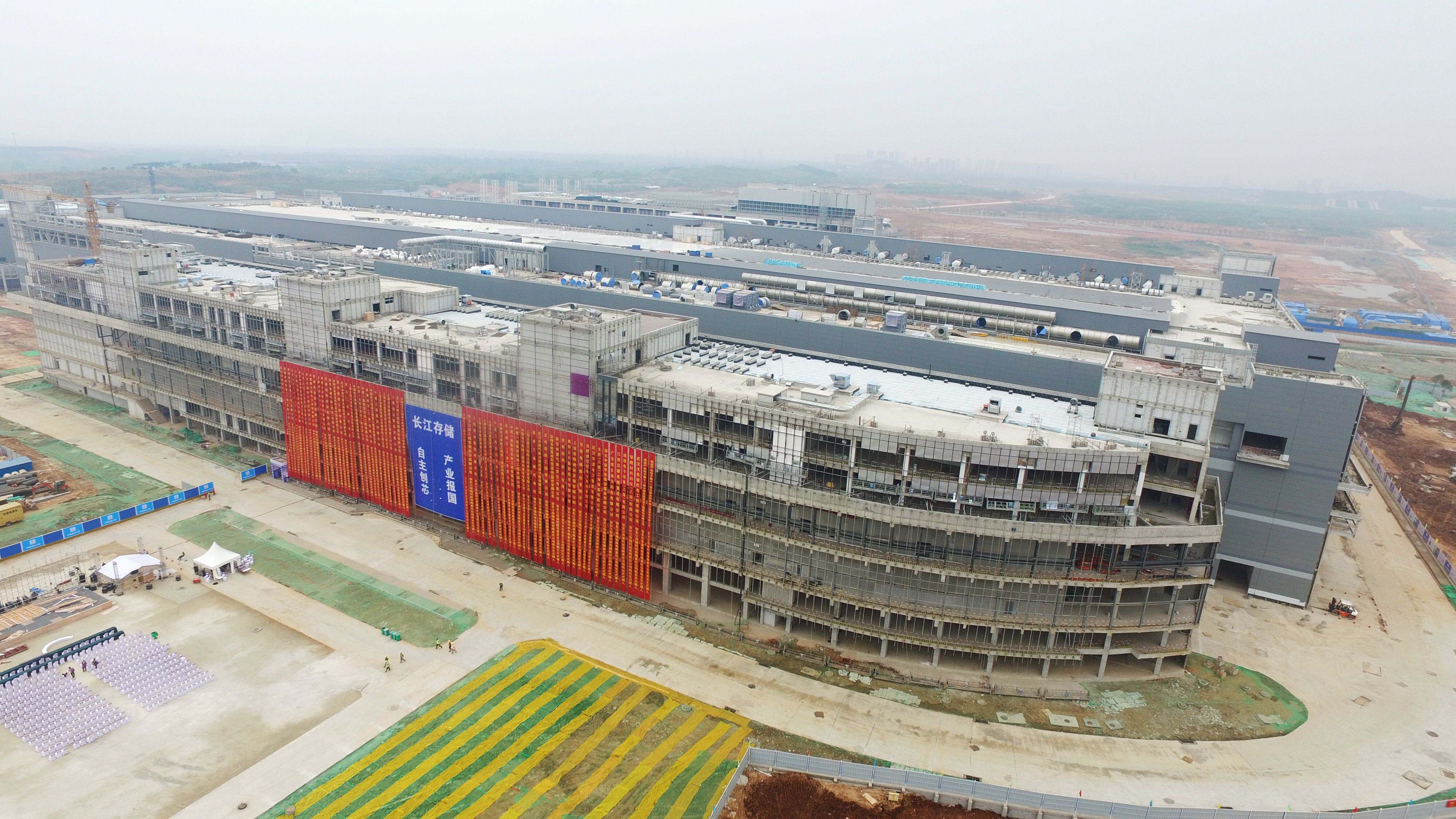 In order to further enhance its R & D strength, Ziguang group has spent more than one billion US dollars to acquire several large technology companies in the past ten years. Today, we can basically complete the R & D design, mass production, packaging test, and even server storage. According to media reports, around September 2014, the state set up a "national large fund" project, which raised 138.1 billion yuan in the first phase, and promoted the scale of local economic fund to exceed 500 billion yuan. The birth of this project can help a number of competent companies to enter the world's first echelon level; second, it can also enhance its position in the international market by participating in overseas enterprise acquisition, patent agreement transfer, fixed increase fund investment, etc.

In 2020, the executive meeting of the State Council of China clearly stated that we should continue to pay more attention to the semiconductor manufacturing industry and put forward the policy of "new infrastructure". The introduction of this policy can bring more demand for China's semiconductor industry and lead these enterprises into a new round of development cycle, making these enterprises become one of the new driving forces of China's economic growth.

Although China's semiconductor industry has been at the first echelon level in the world, it still can not reach the top level, and even has no competitiveness compared with the top international products. The main reason is that raw materials and equipment manufacturing are monopolized by American and Japanese enterprises, and the total market share can reach 90%. For example, in terms of lithography machine, China is still in a relatively backward situation. At present, the most advanced domestic lithography machine still stays at the level of 90nm, while ASML, the world's top lithography manufacturer, has begun to move towards 5nm and 3nm.

In fact, semiconductor is only a miniature of China's strength upgrading. If we want to become the world-class level in this field, it is totally impossible to rely on importing other people's chips and patents. At present, the biggest advantage of China's semiconductor market is that it has enough market demand. Every year, the science and engineering colleges and universities also continuously deliver more fresh blood for the industry. Perhaps in the near future, we can see that the chips sold in the European and American markets are all made in China.

Related news
LG U CEO: Huawei will not pose a security threat to 5G infrastructure
Microsoft Announces Open Source Quantum Development Kit Quantum Development Kit
"Generation God U" Kirin 810 gets The Linely Group's annual "Best Cell Phone Processor Chip"
Google cloud has acquired cornerstone technology and the price has not been disclosed
5g mobile phone "nuclear bomb" attack glory 30s first evaluation: in depth decryption of a generation of God u Kirin 820
Lenovo Science Popularization: where is the strong performance of Reebok 54600u / Reebok 74800u?
News Break！ Shen Xiangyang invests and serves as the chairman of "today's headlines" of the US Edition
Semicon China: Huawei and Exxon bring semiconductor intelligent quality inspection and measurement solutions
Hot news this week
Foreign media revealed White House documents: the ban may make apple and Google "off the shelves" tiktok
Qualcomm lobbied the US government to lift the ban on the sale of components to China
Tencent re racing e-commerce, but does not want to make the next pinduoduo
Wechat in Apple's Google App store may be banned. What if wechat can't be used on iPhone
Tencent's response to wechat ban issued by the United States: under evaluation
Xiaomi 10 supreme commemorative edition press conference Lei Jun's live rehearsal
The United States blocked tiktok and wechat one after another: This is the real purpose!
After the sesame seed, Alipay's "financial points" is officially launched: let's see how much you have.
Tencent launched the largest school recruitment in history, and these positions are most popular
Understanding Xiaomi's AB side in ten years with 12000 words
The most popular news this week
Who moved whose cheese! Redmi G's first game book
Shangtang technology is said to be considering IPO in Hong Kong and Mainland China
49999 yuan Xiaomi transparent TV experience: can't watch both sides
Redmi first game this Redmi G release: GTX 1650 graphics card 10 generation Core 4999 yuan
Q for developers of Microsoft Flight Simulato
Fast start new hero argudo Rog mobile phone 3 crisscross Canyon
Generations of games are carrying the young and quick Kwai to reappear for netizens.
Foreign media: the United States forbids government contractors to use the products of Huawei and other Chinese Enterprises
PS5 optimization does not suck the pain of the three party developers: fake 4K games will be common.
Iqiyi's response to investigation by US Securities Regulatory Commission: active cooperation and full of confidence