In addition to Tencent, Alibaba's Heyuan data center in South China also officially opened in February this year. Meanwhile, the State Grid, Naka Kumonobu, Lenovo, Kwai and other enterprises are stepping into the field quickly, building their own data centers.

In the case of large factories speeding up and new enterprises adding weight, will domestic data centers be built excessively? Zhong Yuanhe, general manager of Tencent's IDC Platform Department, said that compared with the world, the number of data centers in China should be small now. Compared with the United States, the number of Internet users, the Internet speed they enjoy and the average duration of consumption in China are not lower than those in the United States. Combined with these factors, China has a great demand for the construction of data centers. 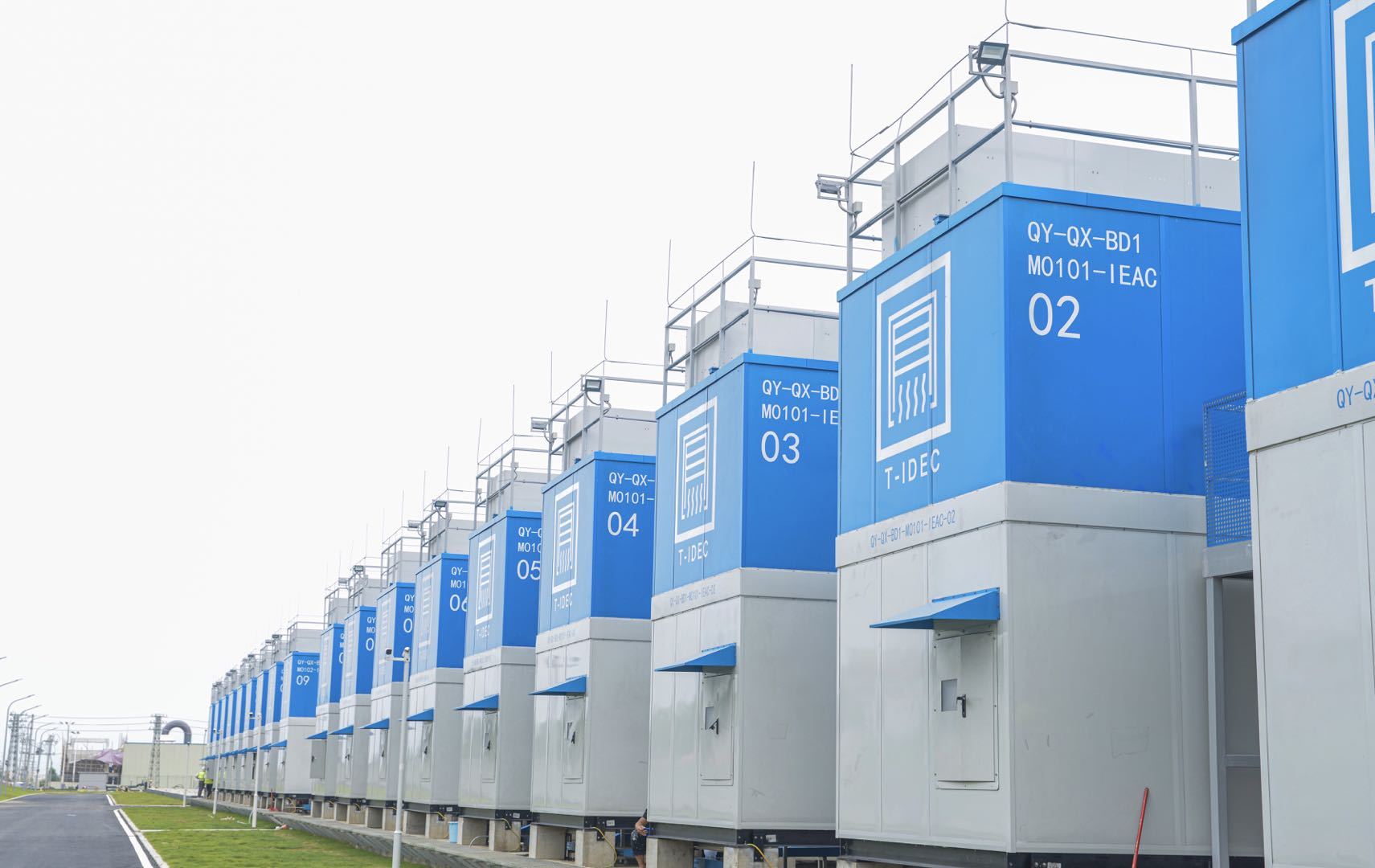 Players enter the game and speed up the construction

The construction of data center is in full swing. On July 3, the Qingyuan cloud computing data center of Tencent cloud in South China was officially opened. The whole data center cluster is planned to accommodate more than 1 million servers. Xu Yongzhou, director of Tencent cloud services and operation and maintenance, said in an interview with reporters including "daily economic news", that a 1 million data center group can put together all the data generated by Tencent group's businesses, including QQ, wechat and Tencent cloud. 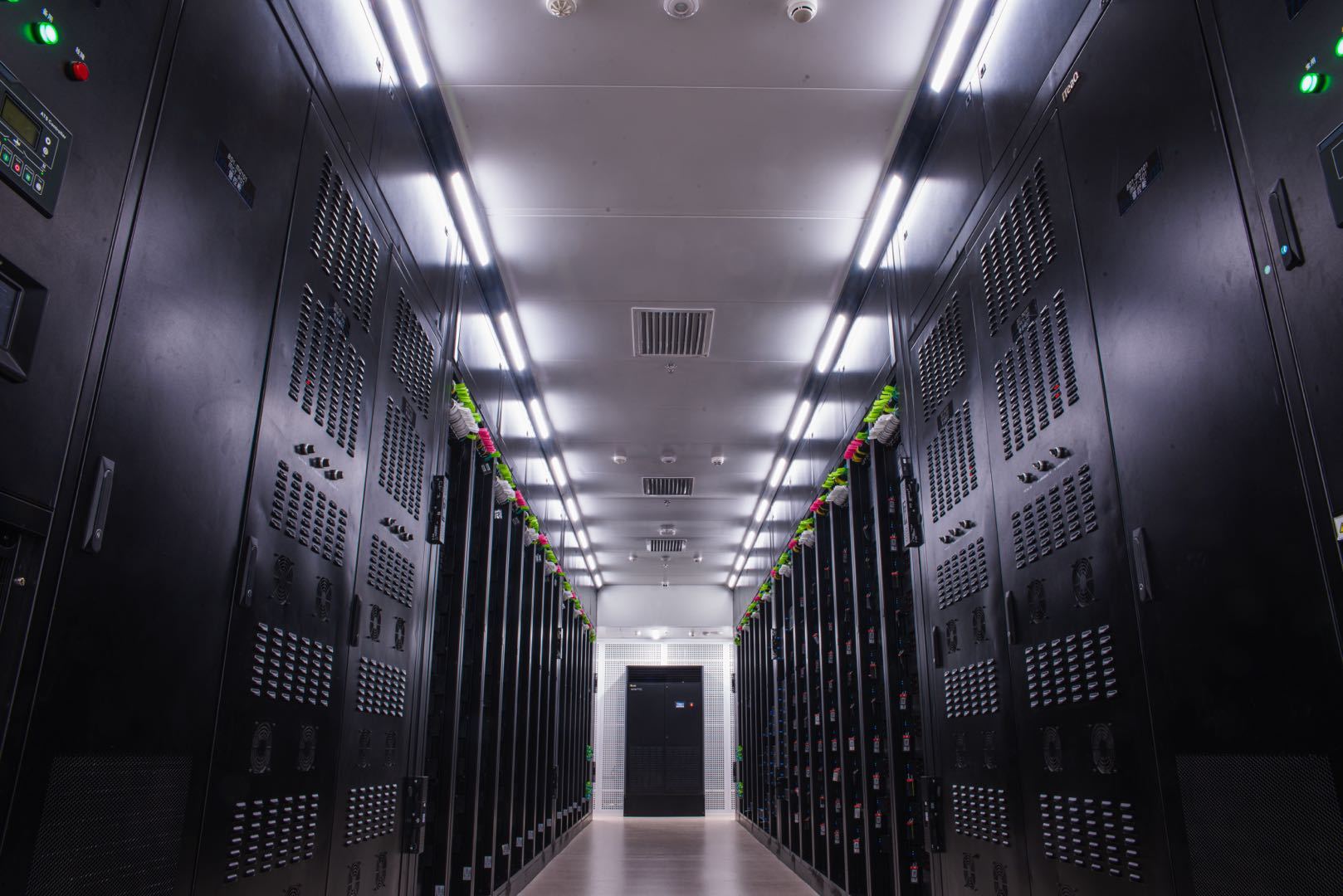 In fact, Qingyuan cloud computing data center is only one part of the national layout of Tencent data center. According to Zhong Yuanhe, China has a vast territory. If the user demand of Guangdong Province is moved to Beijing, the cost of back and forth transmission is relatively high. Therefore, Tencent will build data centers in the four regions of southeast, northwest and northwest of China. The commissioning of East China and South China will be faster, and that of North China and southwest China will be slower.

"This is related to the distribution of population. The areas with the largest population density and the largest consumption power in China are in the southeast coast, the Pearl River Delta, the Yangtze River Delta, and Beijing, Tianjin and Hebei provinces. Therefore, we will start production in these areas first." Zhong Yuanhe said.

The price of cloud service will be lower and lower

In the process of increasing the number of data centers, the perception of b-end users will be obvious. "Because the cost of data centers is getting cheaper and cheaper, the price of cloud services will also become cheaper. Enterprises originally want to rent their own computer rooms, or build their own computer rooms. When they find that the cost is not lower than others, they start to go to the cloud. Cloud computing can promote the scale of cloud computing, and cloud computing can promote the whole industry chain with lower cost. So the biggest benefit that b-end users feel is that it is more and more convenient to use, and the second is that the product price is getting lower and lower. " Zhong Yuanhe said.

Xu Yongzhou summed up: "from the business point of view, behind cloud computing is the economy of scale. If the data center is larger, the operation and maintenance efficiency will be higher."

After Tencent wants Baidu to build itself?

Related news
Tencent and Alibaba enter the Bureau, cloud computing data center construction is blooming everywhere
Tencent cloud wants to catch up with and surpass Alibaba cloud, and every order has to compete
Hot news this week
The company announced the shipment data of 2021 Q1: the proportion of Huawei fell to the sixth place in the world at 4%
Sony's third generation noise reduction experience: comparable to the strongest combat power of real wireless noise reduction headphones
Henan satellite TV "Dragon Boat Festival wonderful tour" full version popular all over the network: netizens call content amazing
New people to do "new" business: preparing for the battle with Zhang Ying, a peach farmer in Yangshan
Open safety baseline for the first time! Huawei's world's largest network security transparency Center opened
An 18-year-old Japanese female painter is popular, and her painting level of mobile phone software is beyond imagination: beauty makes netizens sigh
In depth cooperation with Huawei real hammer! BYD open recruitment of "Hongmeng development engineer"
The scale of college graduates is 9 million 90 thousand. Alipay's small program "graduation service package".
In 618, big promotion came, beware of the trap of cheating by taking advantage of the official SMS of charging companies' platforms
Can you travel around the world without leaving home? Jingdong 618 Jingdong International gives you a fancy "flying" strategy
The most popular news this week
The first man after Bill Gates! Microsoft CEO NADELLA will also be chairman of the company: the first time in 20 years
Domestic mining fails Huaqing: the price of graphics card is falling
The couple's "love insurance" was refused when it was due
Good news! 360 government enterprise security group won the bid of 236 million yuan national network security industry base major infrastructure group project to build Zhengzhou security brain
Peng Xiaobo: China's rocket launch cost may be lower than SpaceX in 2025
Pan Shiyi's SOHO China is going to sell: Blackstone makes a comprehensive bid of 19.5 billion yuan
Glory 50 race against time: get chip information 45 days later and release it 30 days in advance
One plus mobile phone will be integrated with oppo to become an independent brand of oppo
Chiqi cross border releases first chassis: unique double door mini model
Suning e-buy's new products in 616: Sales of 18 hours increased by 167% year on year