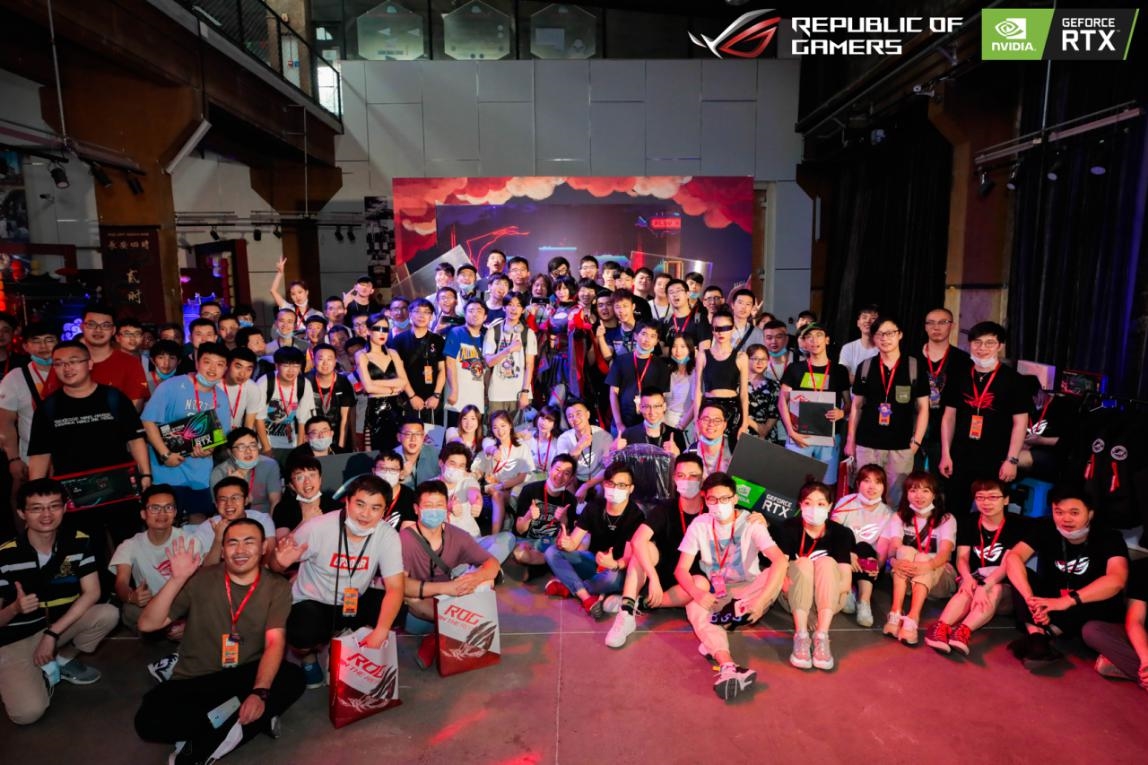 Unexpected opening, wearing a mask can not help but scream 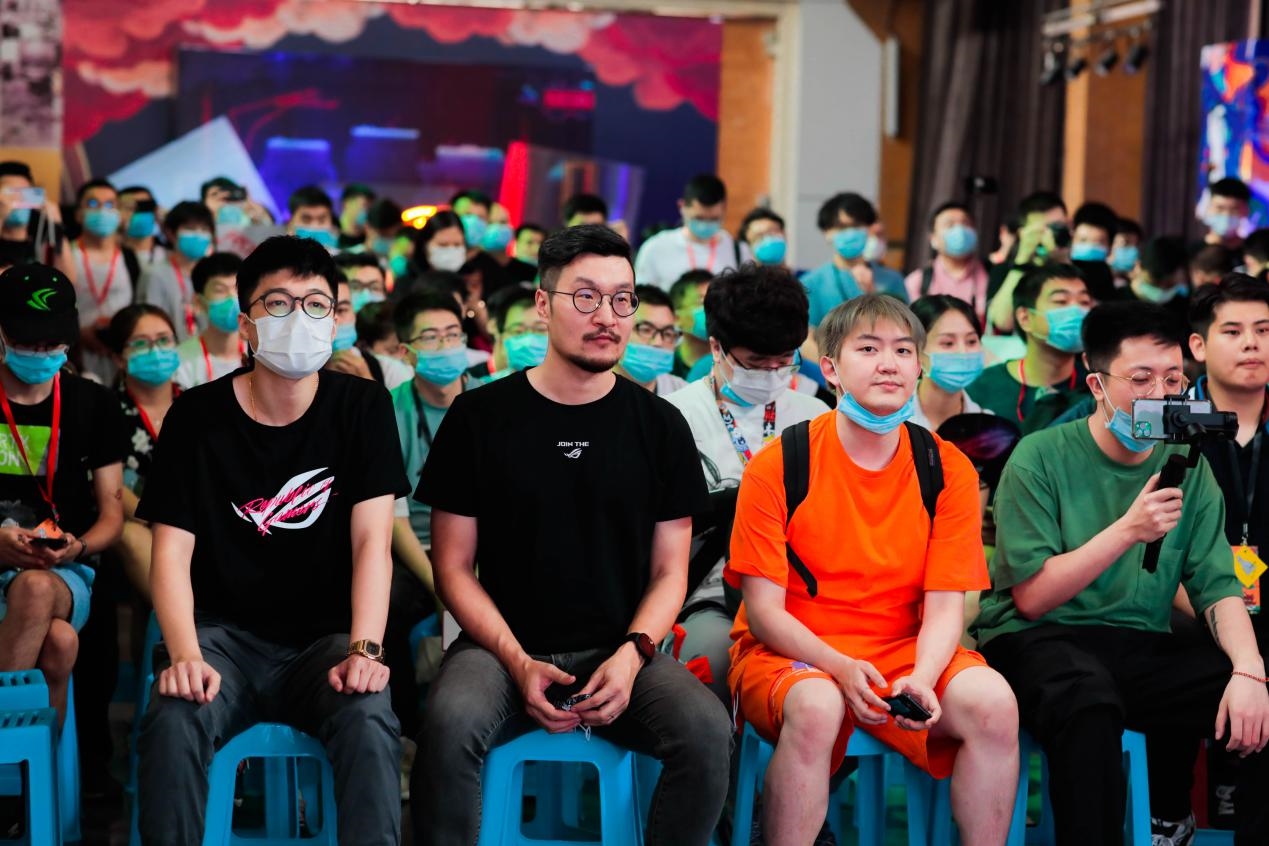 The old tune of Huayin attracted everyone's attention at the beginning. The old ballad was accompanied by the drum sound of four seasons in Chang'an. After the Qingping music started, the whole activity officially began in such a ups and downs opening. Such a special mask party, encounter such unexpected creativity, want to scream is difficult! 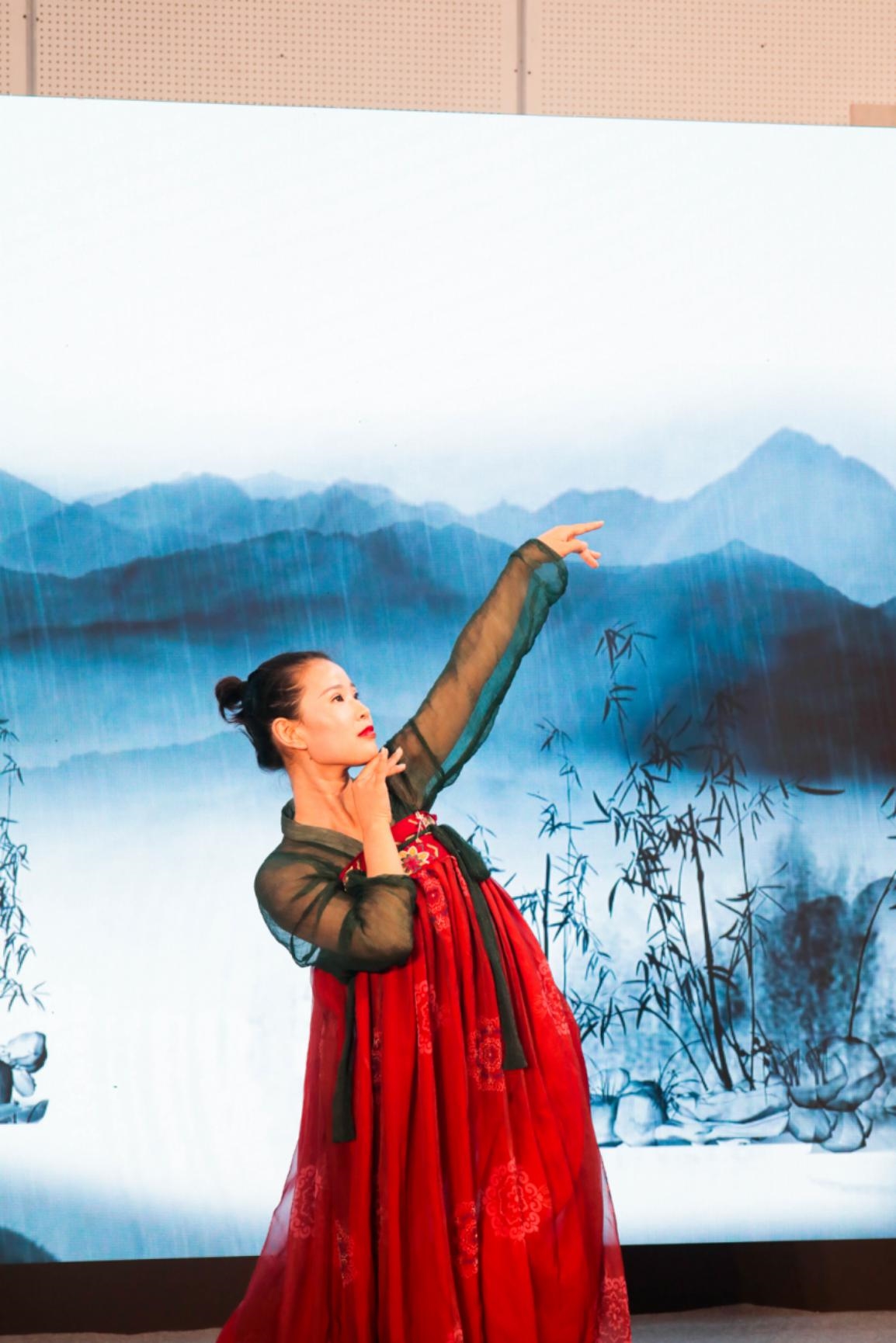 As a platform for connecting Rog users, Rog day fan Carnival provides a window for users to experience Rog products and fashion trends. In Xi'an, an ancient city with profound cultural heritage, Mr. Yu Yuanlin, general manager of ASUS computer open platform in China, quickly ignited the enthusiasm of fans. He shared the culture and spirit of Rog day fan Carnival to the guests, fans and media friends, and emphasized the collision between Rog and youth and the attitude of the brand, which pushed the whole event to a climax. 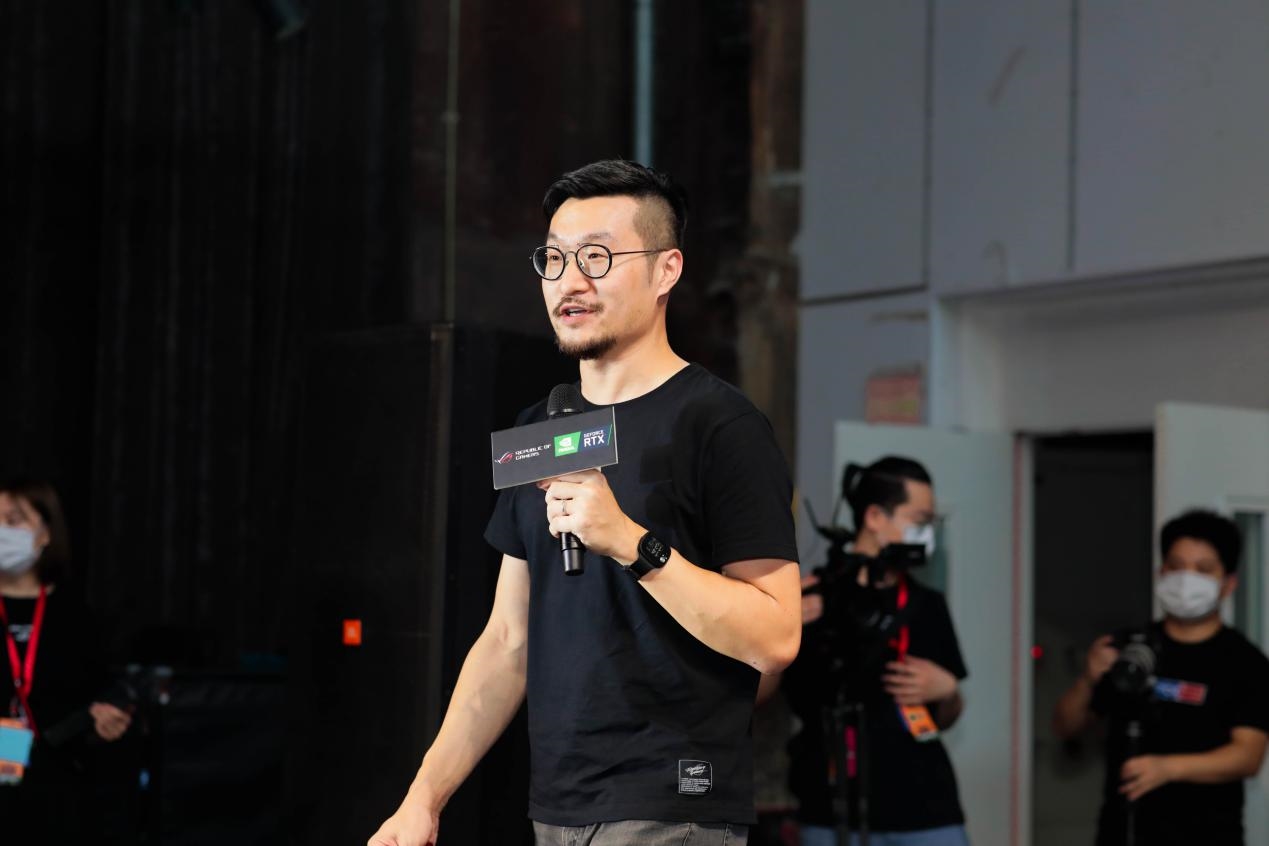 A DNA. of technology and art that represents a diverse and inclusive group of players ROG for the pursuit of the ultimate players to build equipment, dialysis near the future of science fiction imagination, create a cool techs never seen before. ROG dare to try, will be a variety of seemingly conflicting elements interactive fusion, impact new style. Also because of this, ROG brand under the main board, graphics card, e-sports display, e-sports notebook many products won consumer praise, more than 500 awards a year. Also, ROG has been a world record-maker with seven world records and 10 world first. 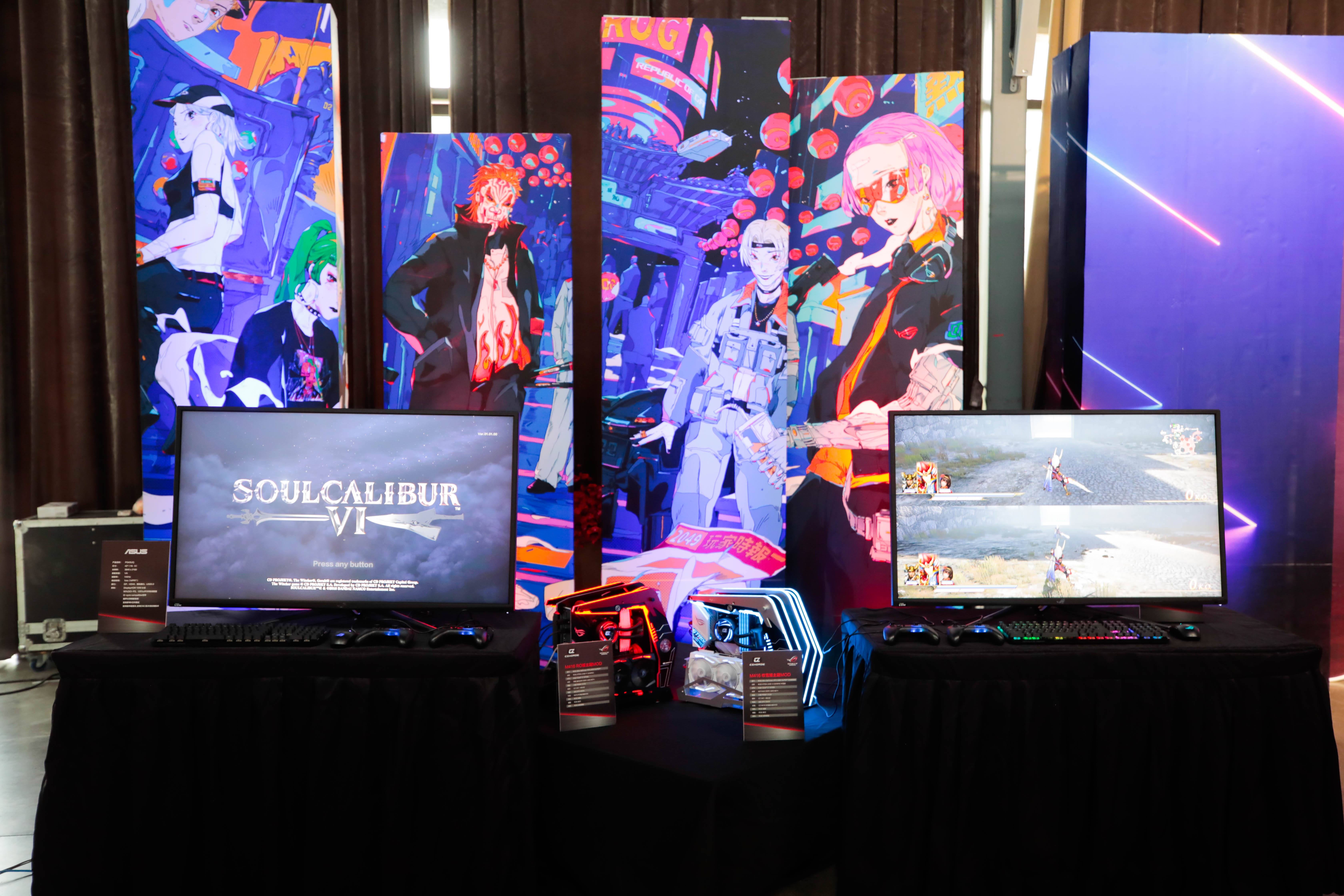 ROG is such a close to the trend and always maintain young enthusiasm of e-sports brand, ROG spirit and culture, has been deeply rooted in the group of players, years of accumulation and precipitation let ROG become an indelible mark in the minds of players. Also because of this, just had this grand player carnival Party. 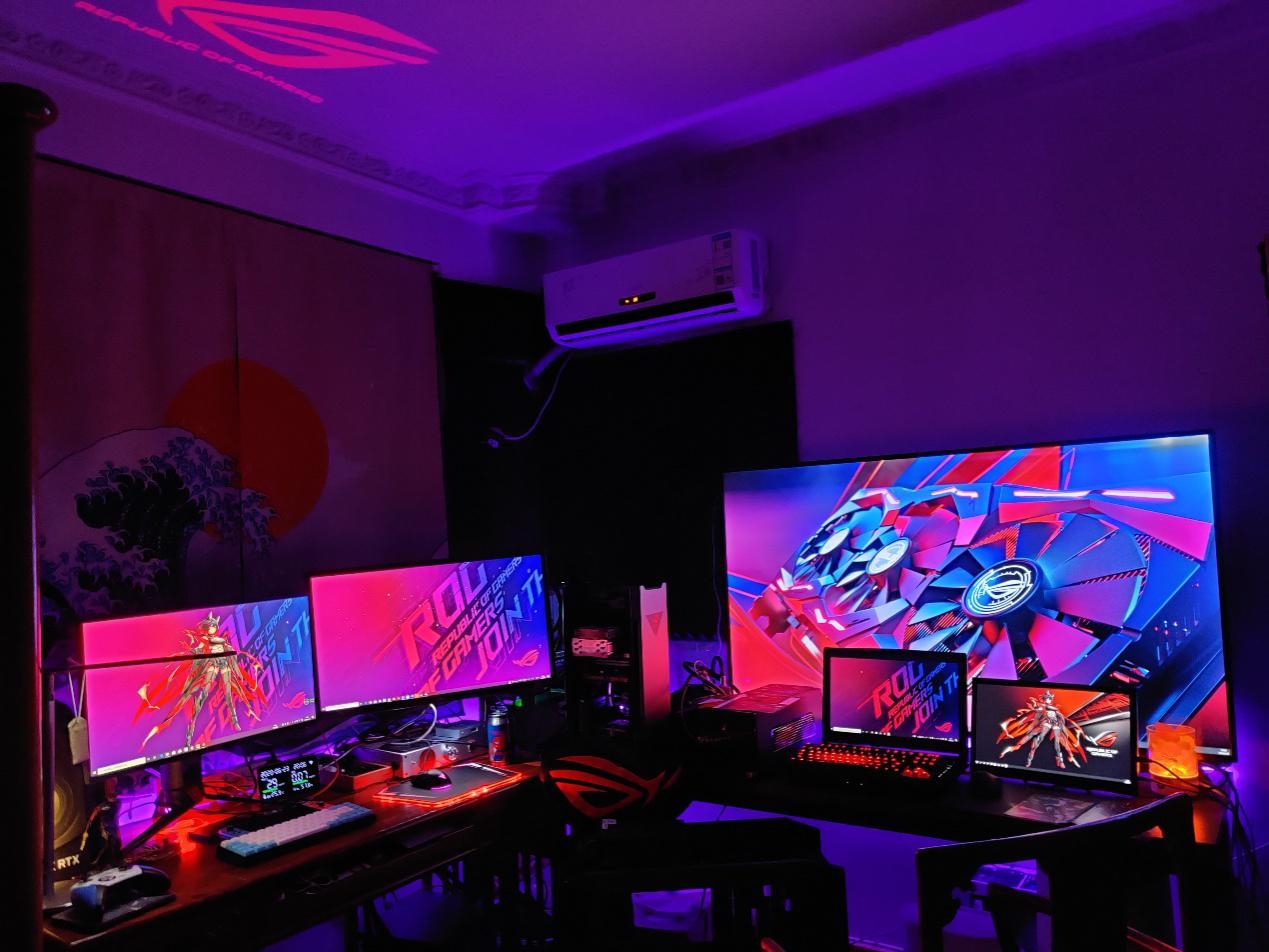 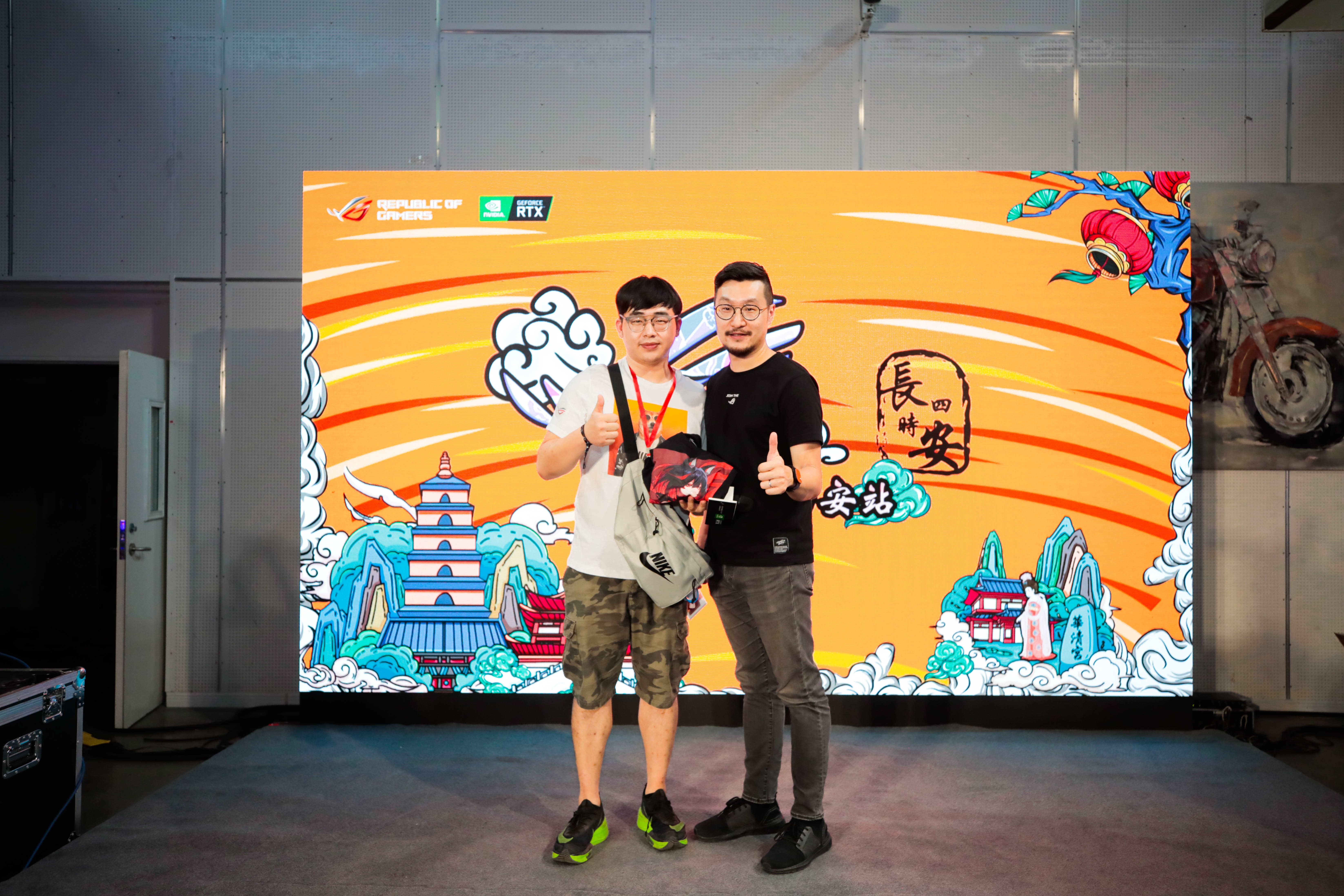 So, what kind of experience is it to follow such a group of Rog players who dare to rush, dare to play and dare to be different? The arrival of the Rog honorary iron powder Meng Dudan at the activity site solved the mystery for everyone. He is a 7-year-old Rog fan who has been involved in various forums of Nga CHH for a long time and published some evaluation related posts. He likes to study extreme wind, water, cooling, heat dissipation and overclocking. He is 73 in the highest 3dmark celestial body list. He is also a video up host and likes to do some photography works related to MC architecture. Just because he likes to lose his family's eyes and collect a large number of Rog E-sports equipment and its surrounding areas, he has to sigh for his faith and loyalty to Rog culture. After reading his Rog equipment, we really want to say his mantra: surprised! 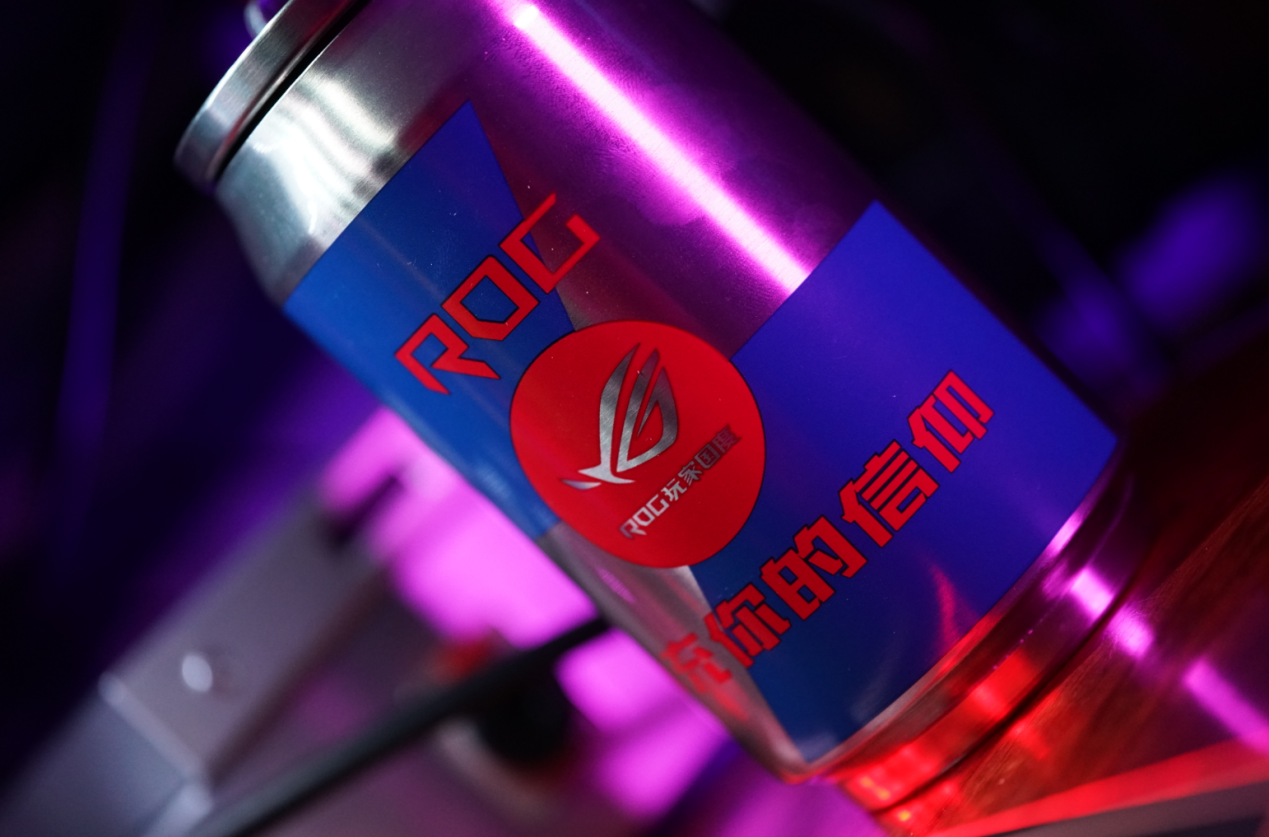 At the scene, Mr. Yao Yanbo, the video card product manager of ASUS computer open platform product center, demonstrated NVIDIA optical pursuit technology and the improvement of game experience with high FPS. After using the video card with NVIDIA RTX on ray tracing technology, you can see that all kinds of lights and projections in the game are realized by real-time calculation after turning on the ray tracing effect, which is more in line with the real situation and makes people feel immersive. 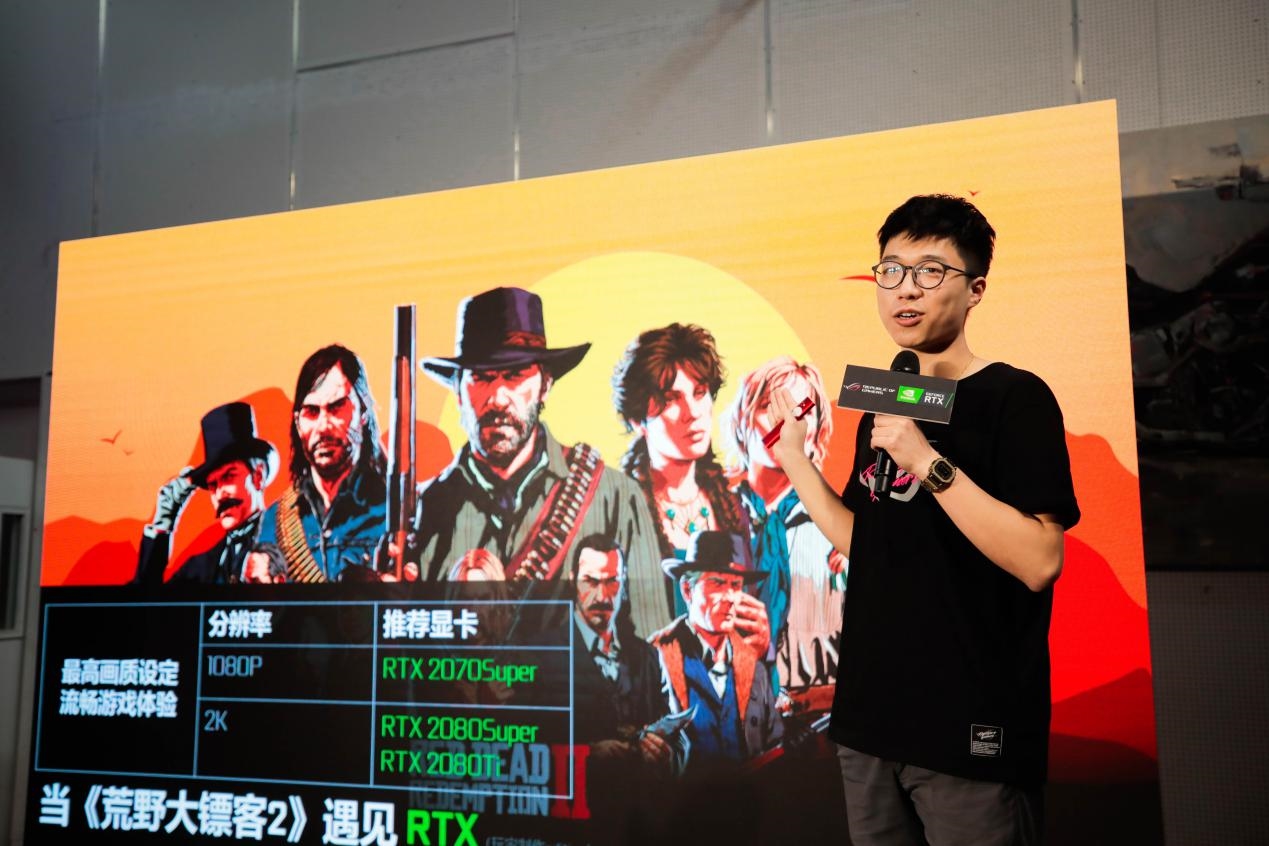 NVIDIA rtx20 Series graphics card for the first time to introduce real-time ray tracing technology into the game field. This is also the game hardware in the violent development of computing power, ushered in an update on the screen, but also a new direction for 3a. Ray tracing can be regarded as a rare technology not to improve the performance but to improve the picture in recent years. The addition of ray tracing can really change our game picture and bring more real effect. On the spot, we can also experience the charm of real-time line tracking from the game. 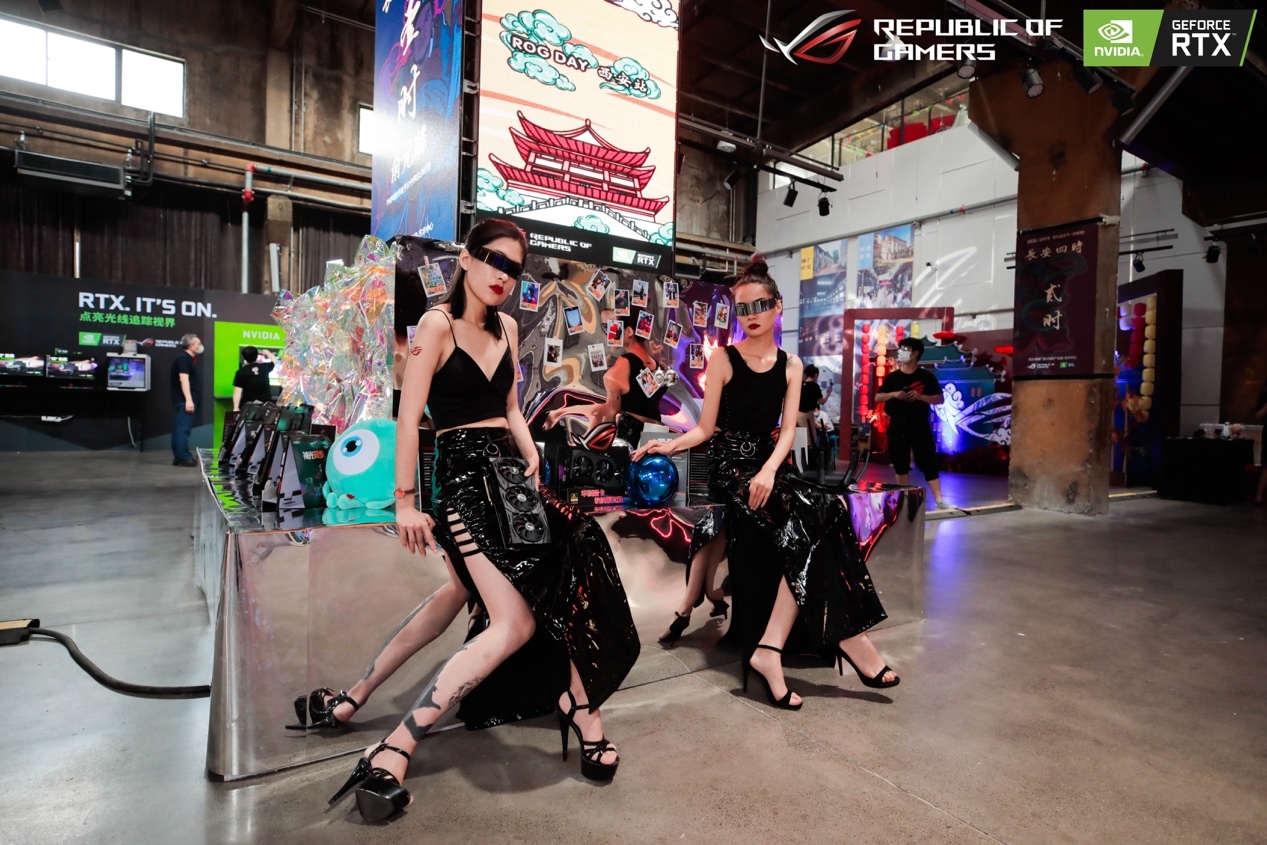 At the same time, the high FPS provided by geforce RTX GPU makes the game picture more delicate, and can also provide a higher rendering frame rate than the conventional anti aliasing function, so that players can achieve both picture quality and game speed. At the event site, NVIDIA exhibition area prepared a game experience machine for everyone, all based on Rog E-sports motherboard and ASUS RTX graphics card as the core. The Rog fans present can experience the current popular game masterpieces such as "survival of the Jedi", "my world", "hammer of thunder", "return to German headquarters", "call of duty 16" and "bright memory", which not only satisfies the players' desire to experience the 3A masterpiece with high configuration, but also makes you deeply feel the influence of RTX on optical pursuit technology and high FPS on the game experience. 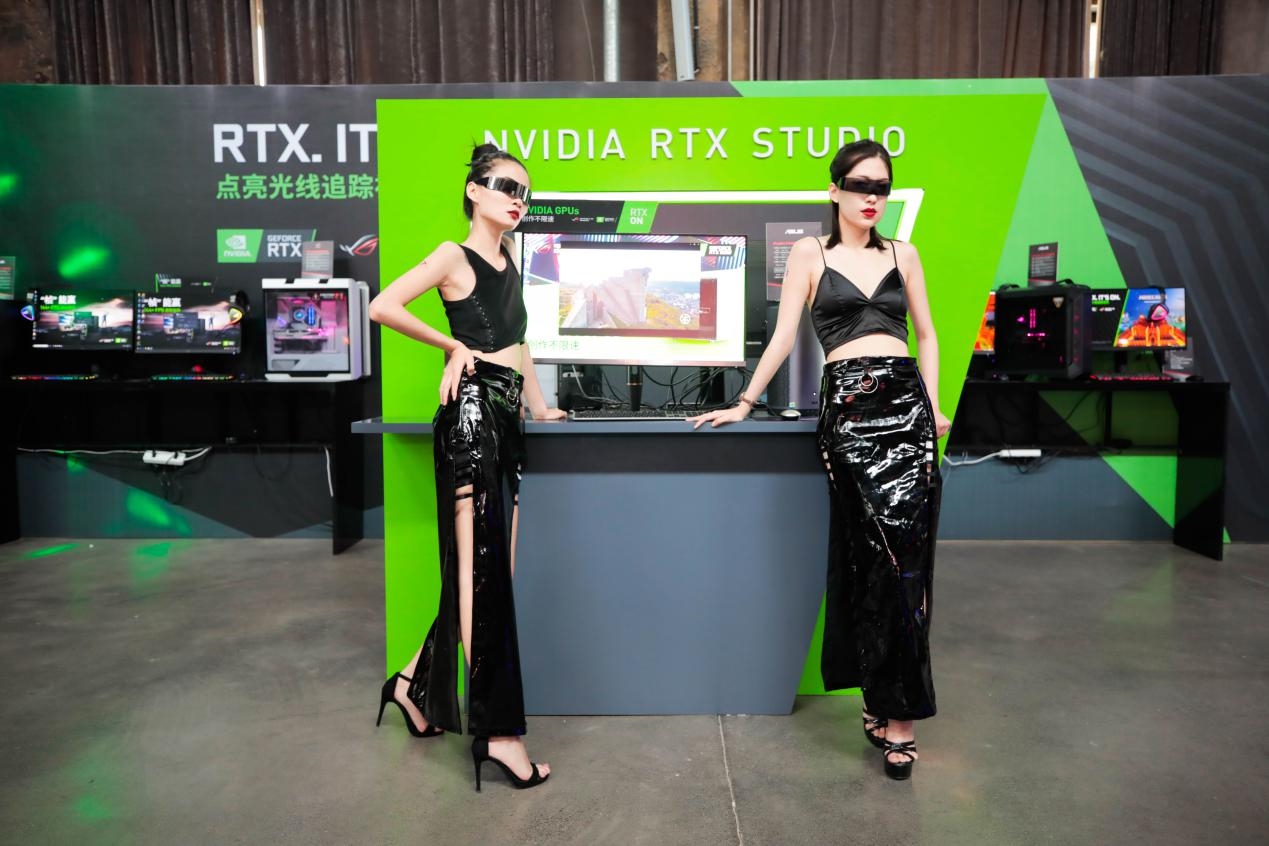 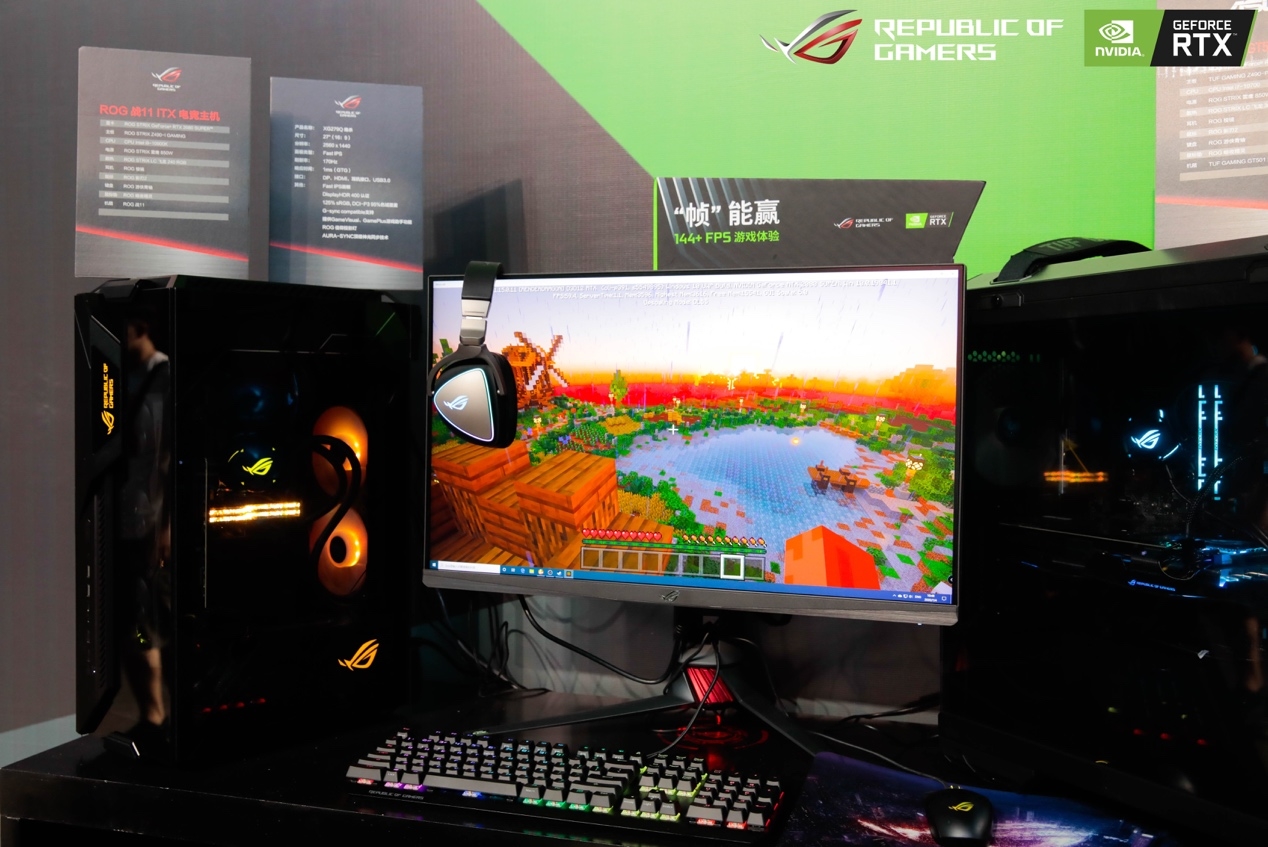 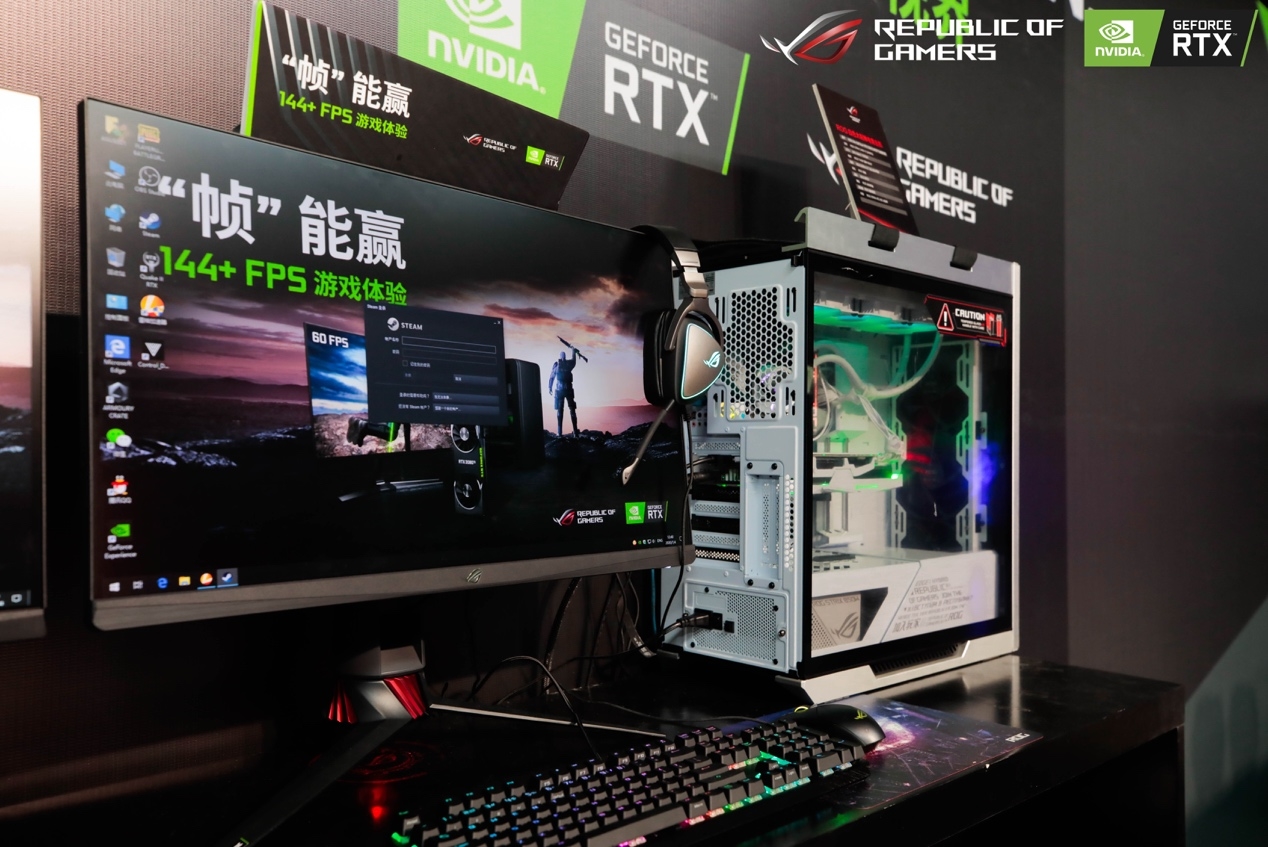 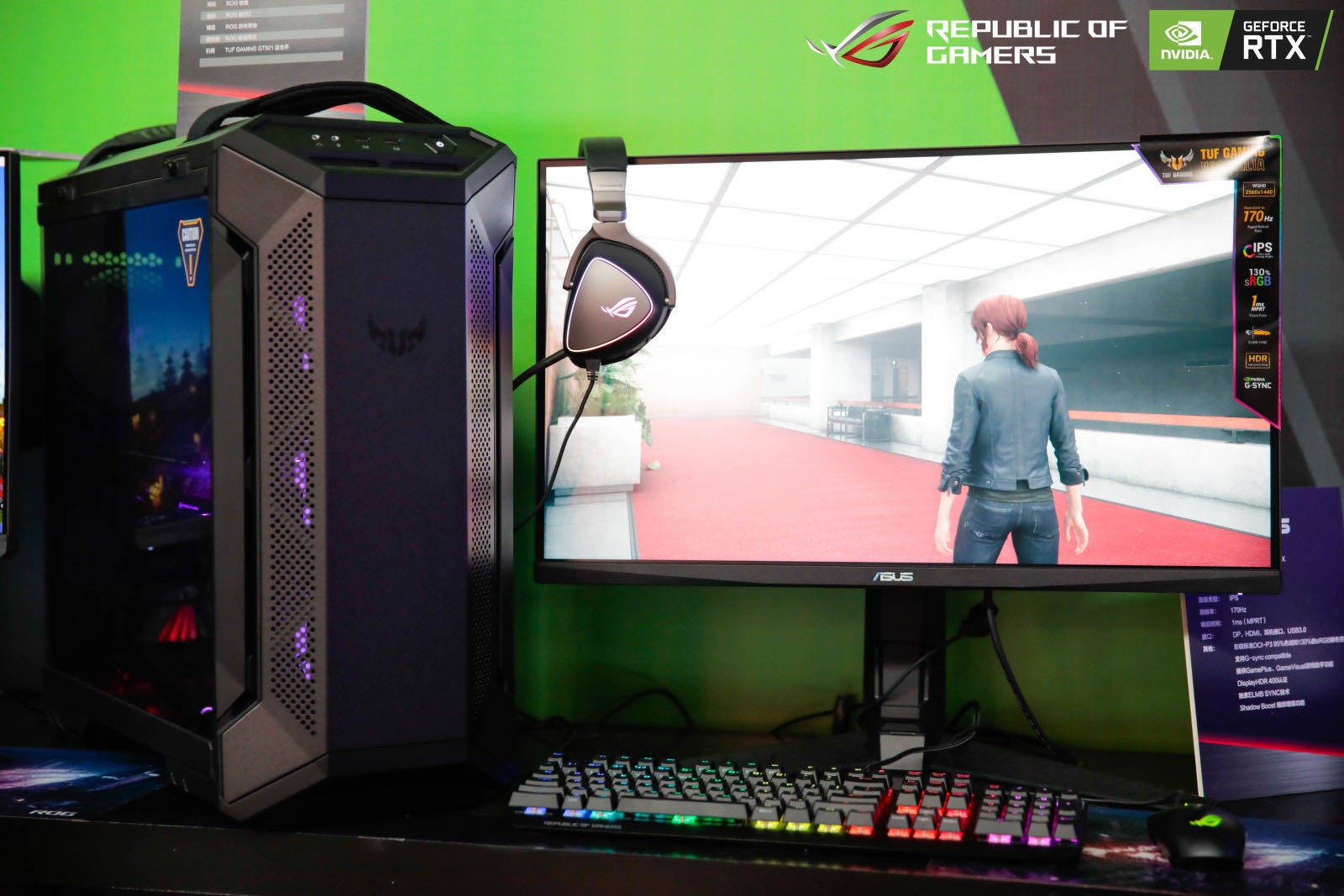 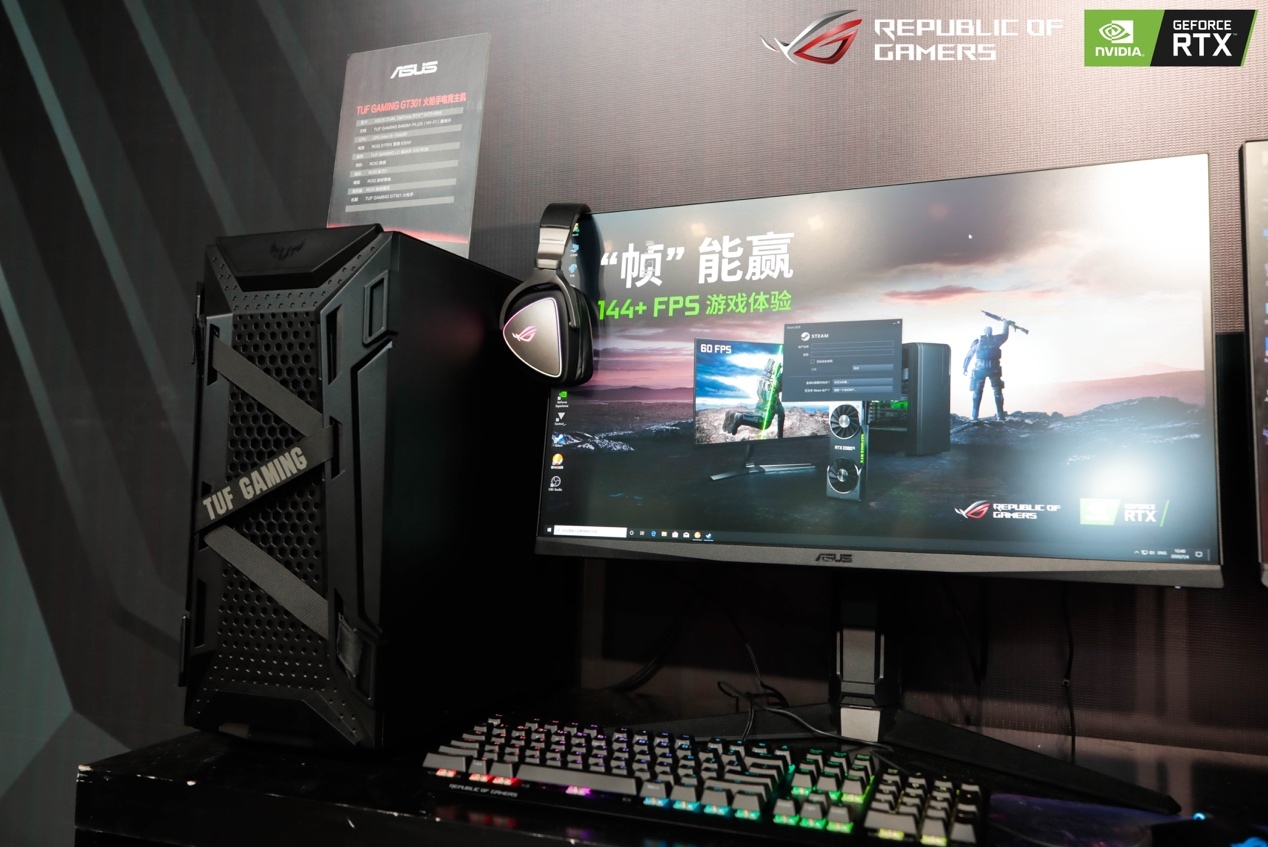 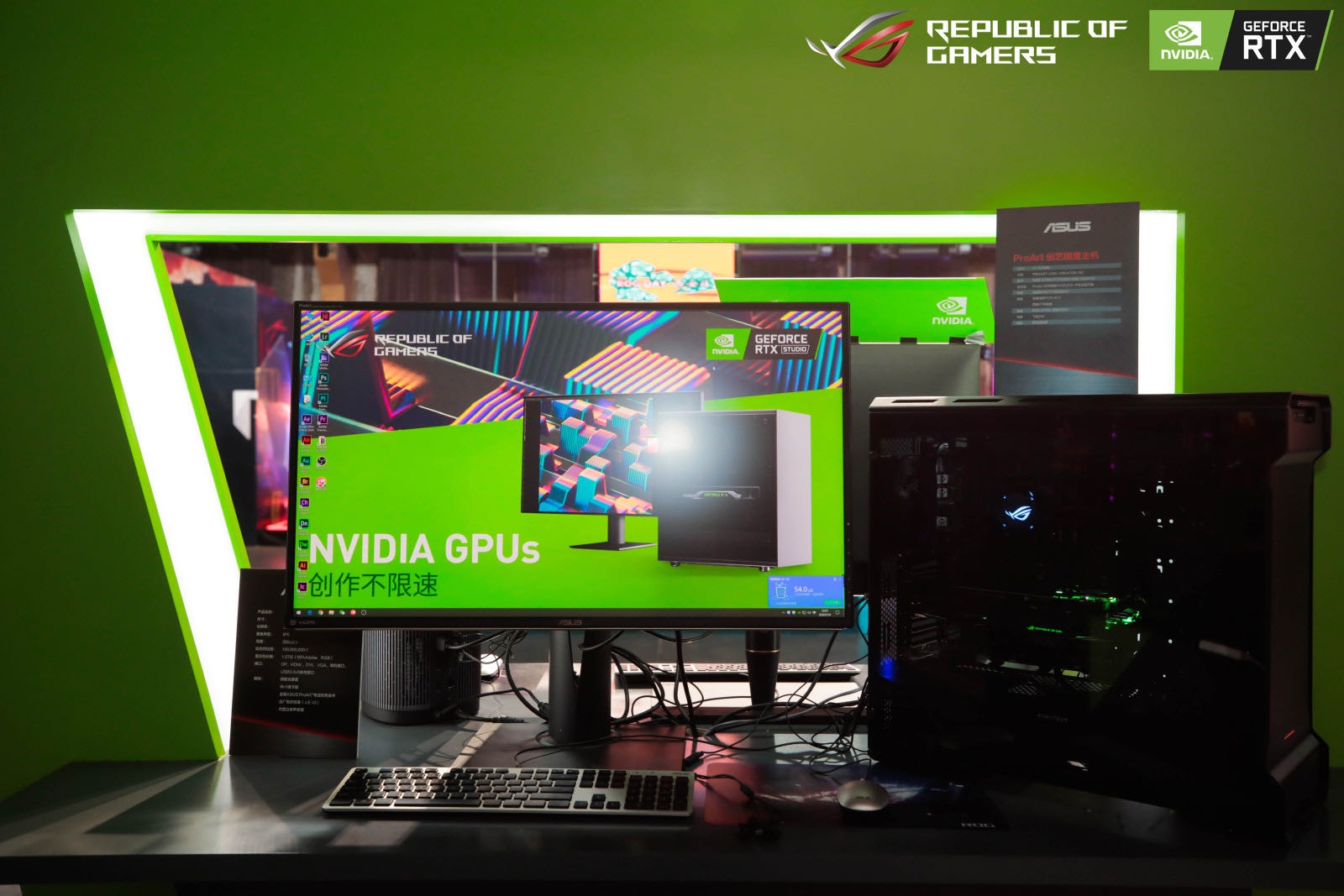 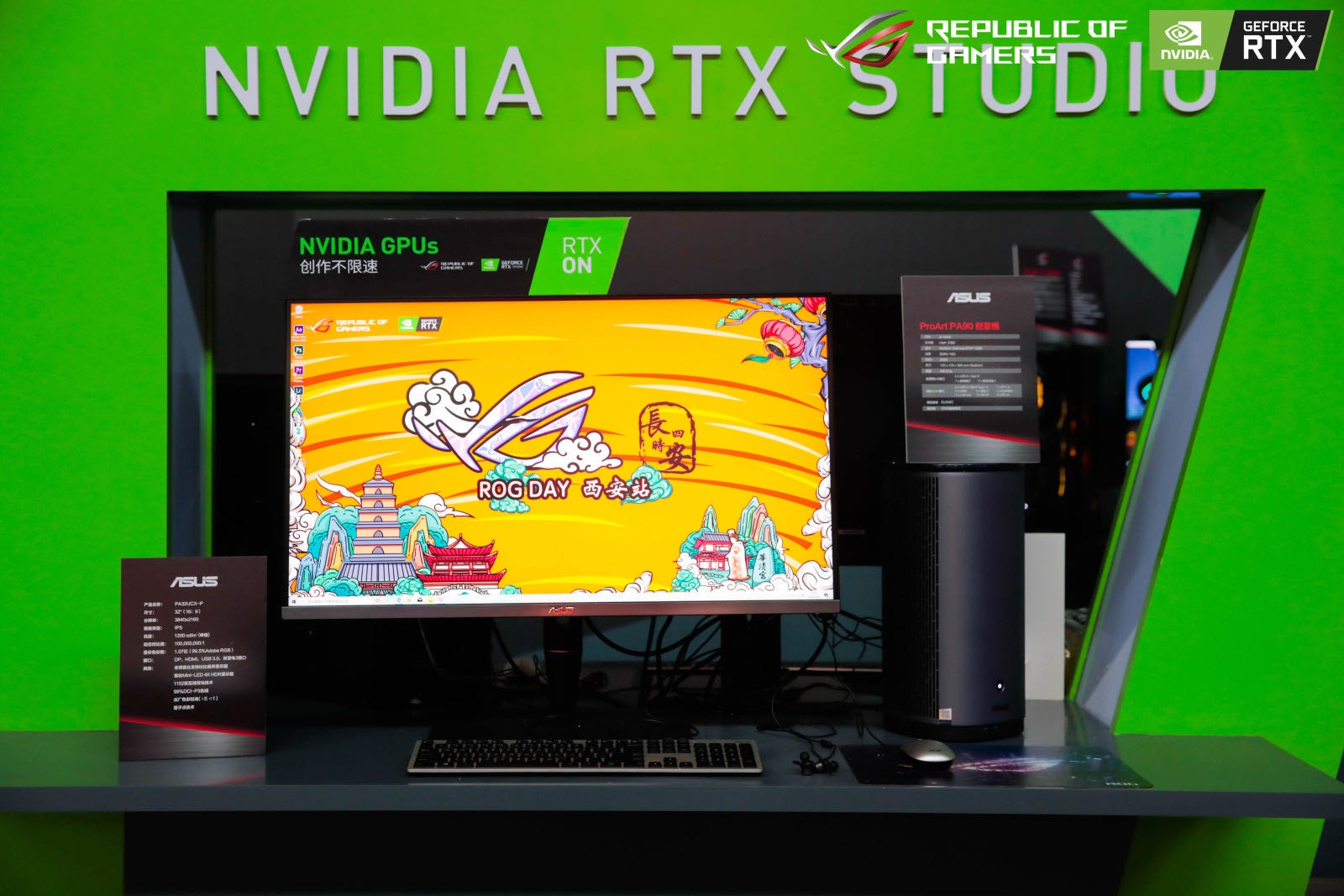 In addition to the intrepid E-sports mainframe in NVIDIA exhibition area, a series of latest Rog motherboards, graphics cards, heat sinks, routers and game peripherals were specially displayed at the event site, so that everyone could really feel the atmosphere of E-sports. 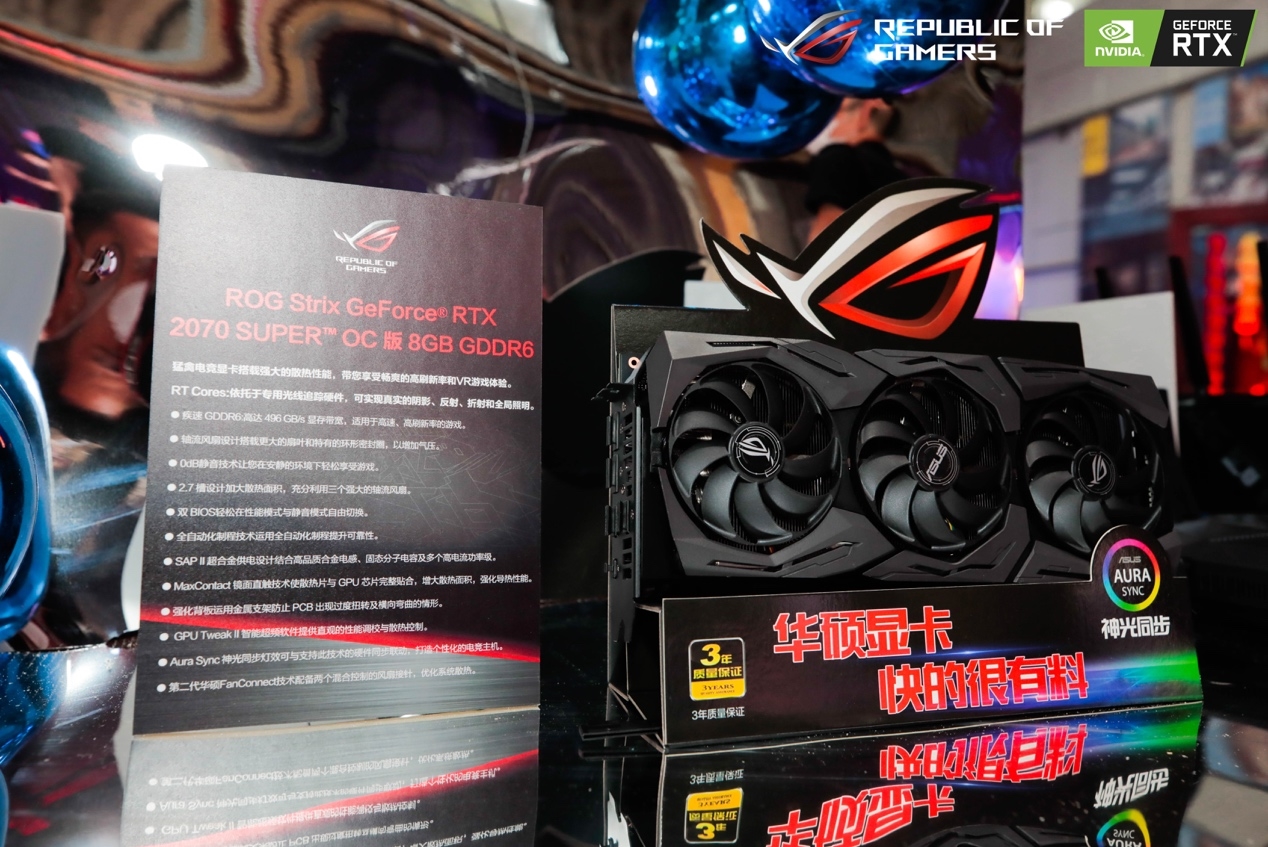 The first public appearance of the latest Rog z490 and Rog b550 series motherboards also attracted a lot of attention from fans. Including the newly launched Rog Strix b550-i gaming motherboard, which is small in size and large in energy. Once released, it has set a new record of memory overclocking in the b550 world. It is a well deserved performance small steel gun.

This time, the benefits to ROG fans that are different from any previous ROG DAY are RO. Tony Yu Yuanlin, general manager of Asustek Computer China, announced the virtual image on Weibo on April 29 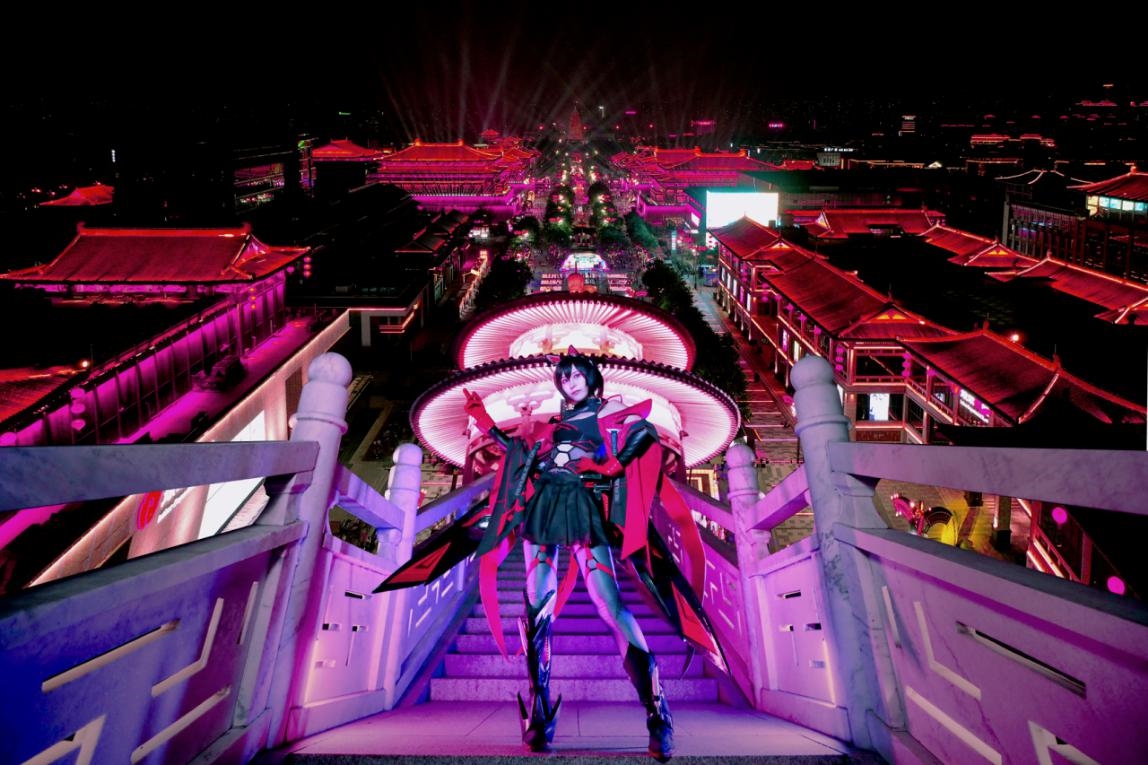 The overall style of RO Ji combines the two-dimensional style with the e-sports style. The emergence of RO Ji fully reflects the importance that Rog attaches to the culture of two-dimensional animation games. This time, RO Ji Coser's performance met all the expectations of the game house for the second dimension. What is most memorable is that today is the birthday of Coser, the real person of RO Ji. Rog has prepared a very meaningful birthday gift for her, which also makes the fans feel the warmth culture of Rog again. 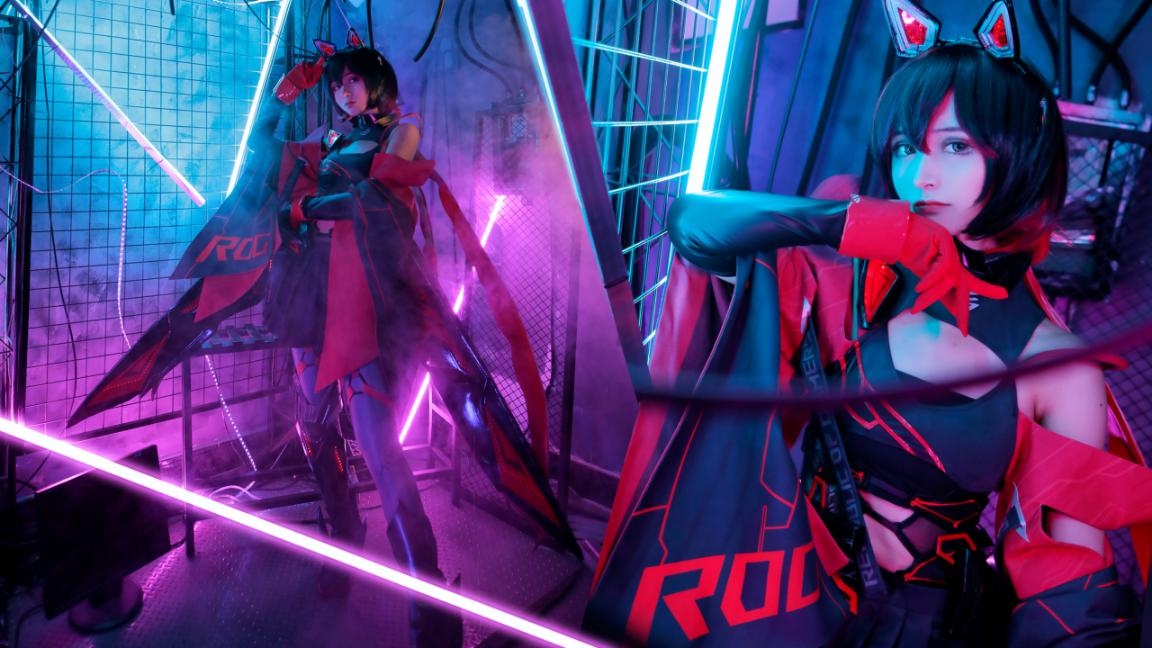 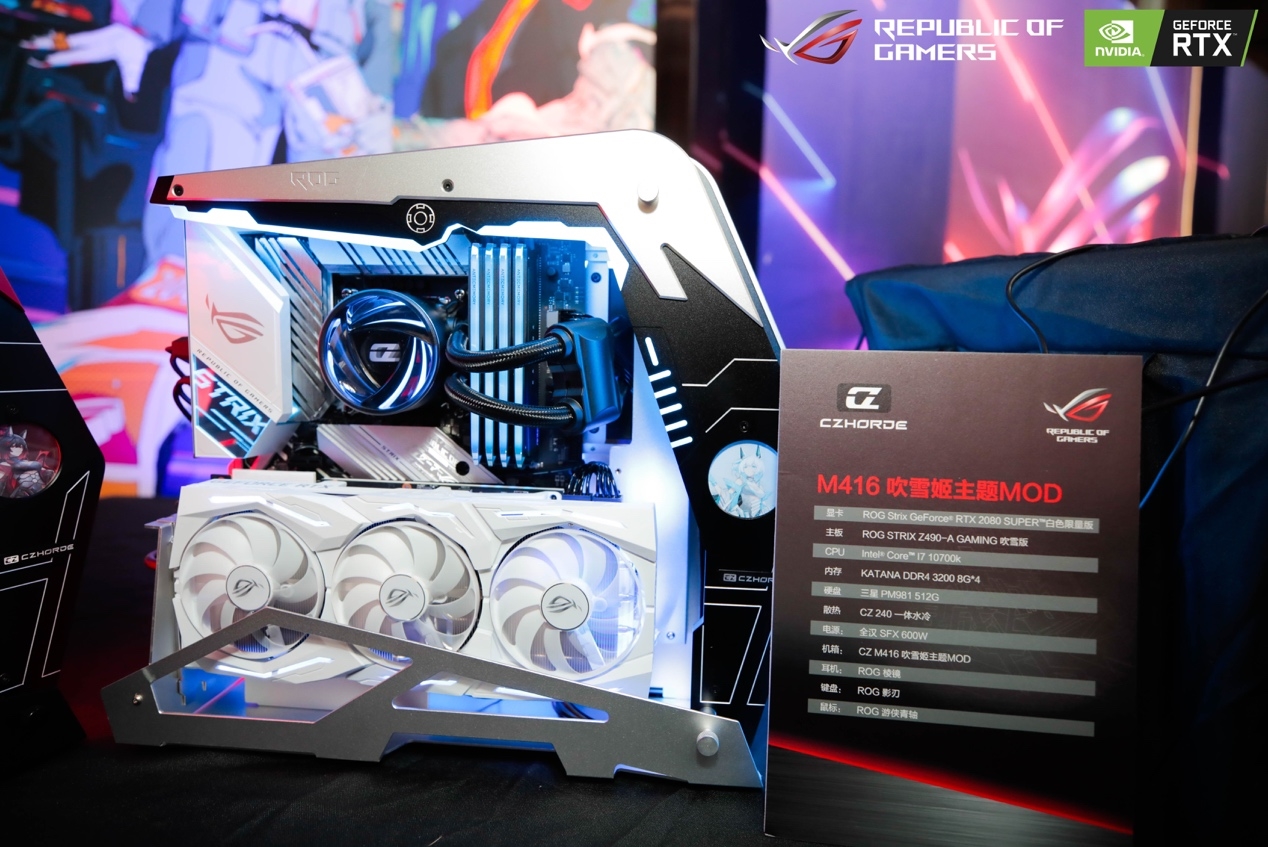 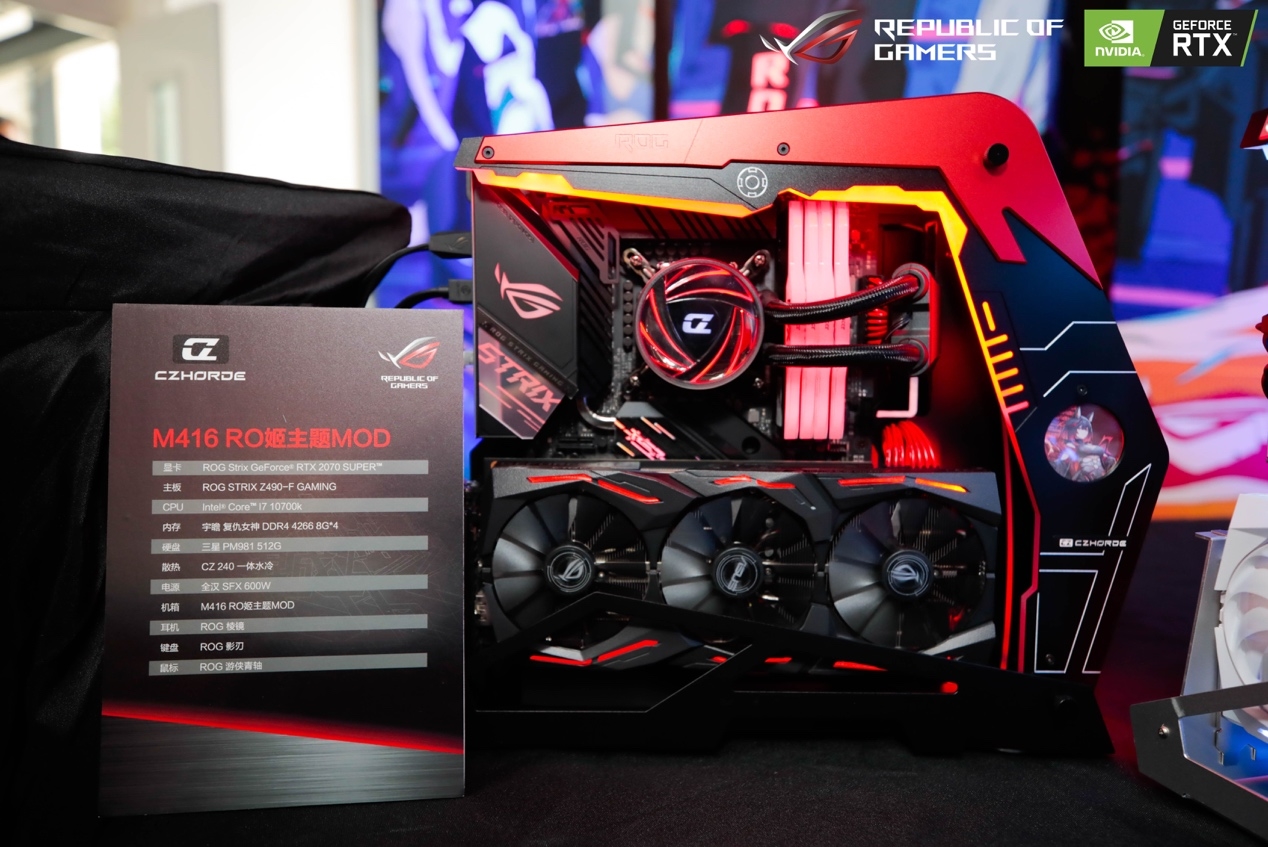 And, of course, the most exciting part of every ROG DAY fan carnival is still the fun-loving interaction, keeping up with the trend and spreading the spirit and culture, and getting your prize. 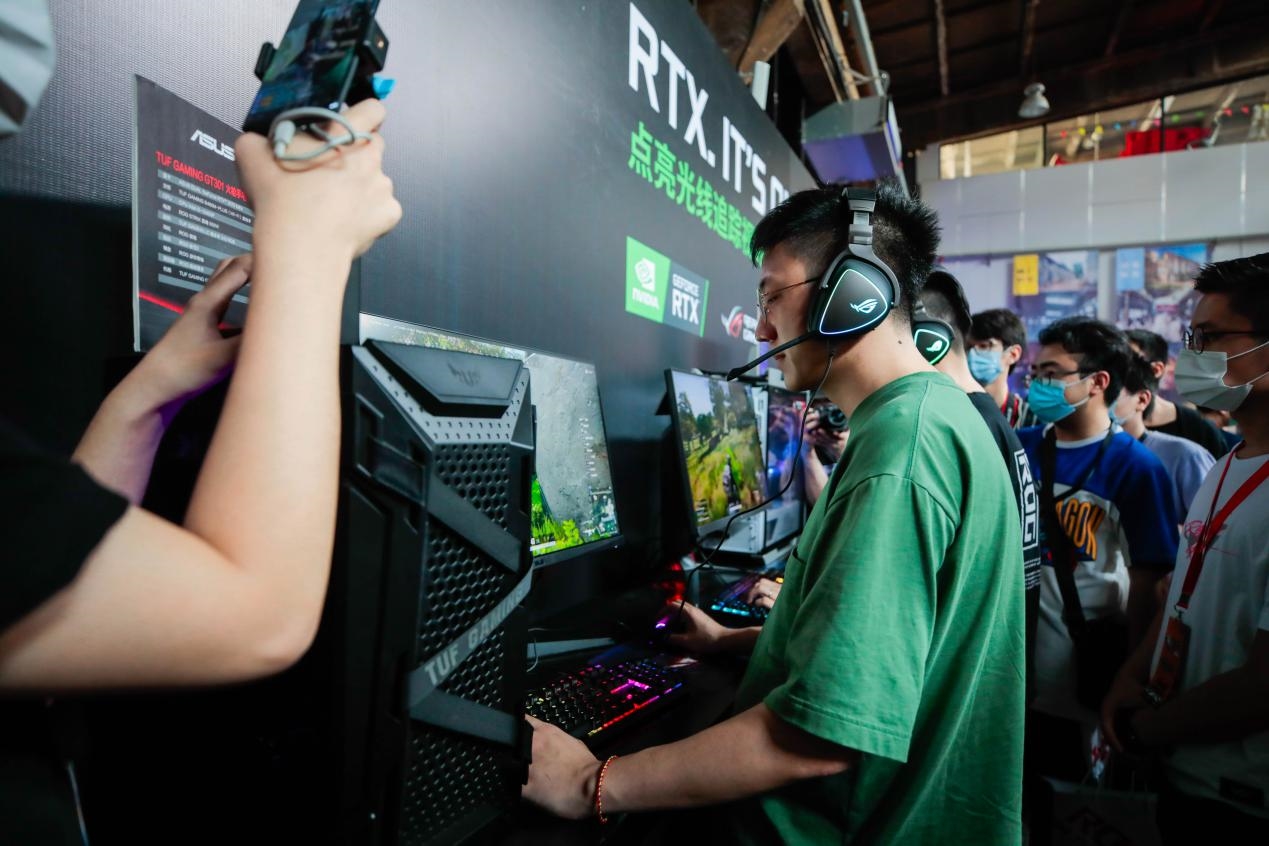 Presumably, many people have never really experienced shadow play. At the scene of this activity, Wei Jinquan, the representative inheritor of shadow play (Huaxian shadow play), a national intangible cultural heritage project, performed shadow play for you with his team, so that everyone's understanding of shadow play is not only staying in books, but also feeling the influence of Chinese culture heritage. 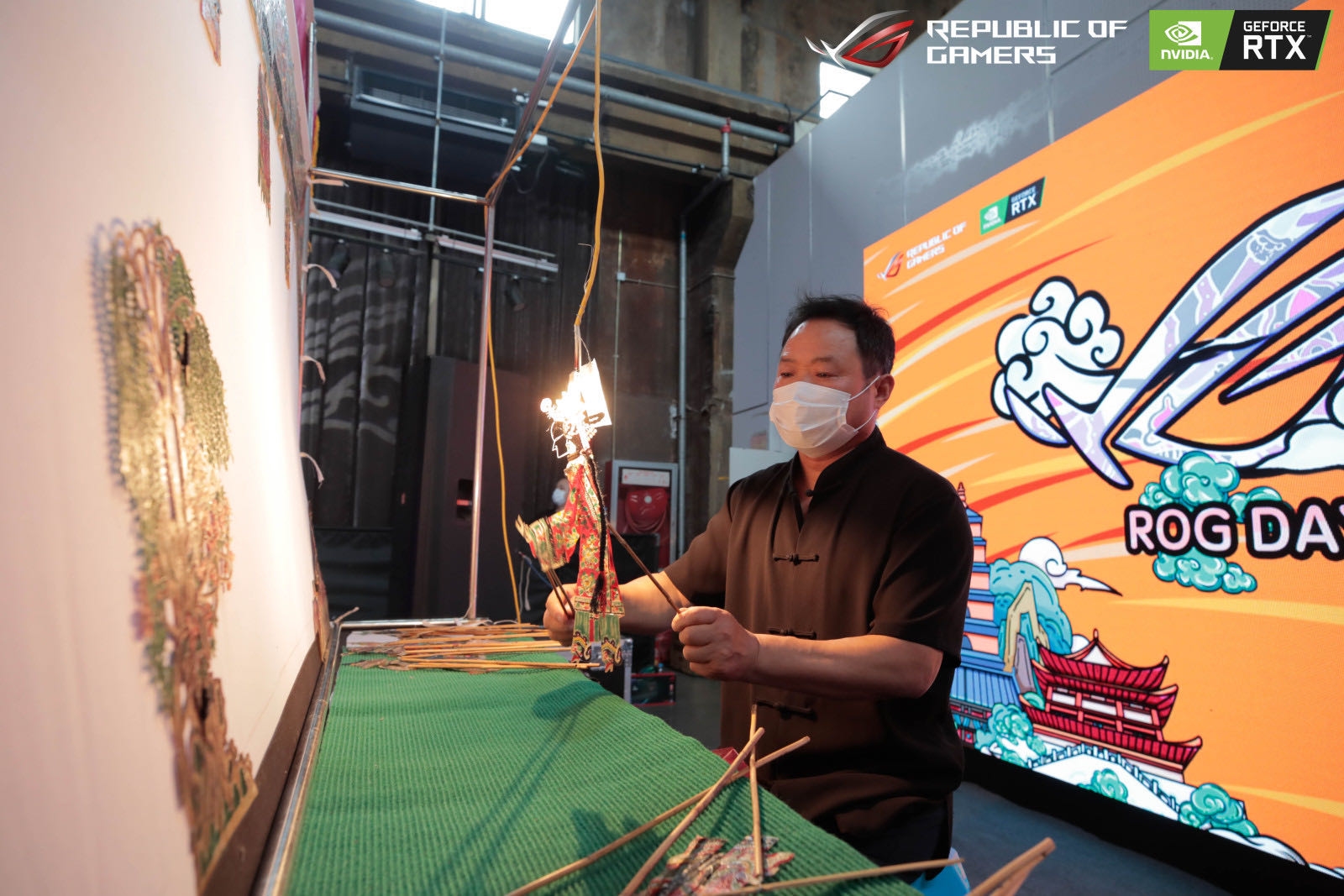 The cultural heritage of shadow play coincides with Rog's cultural thought of persisting, innovating and bravely taking a different road. It adheres to the original intention, innovates constantly, and is responsible for and guides the players. 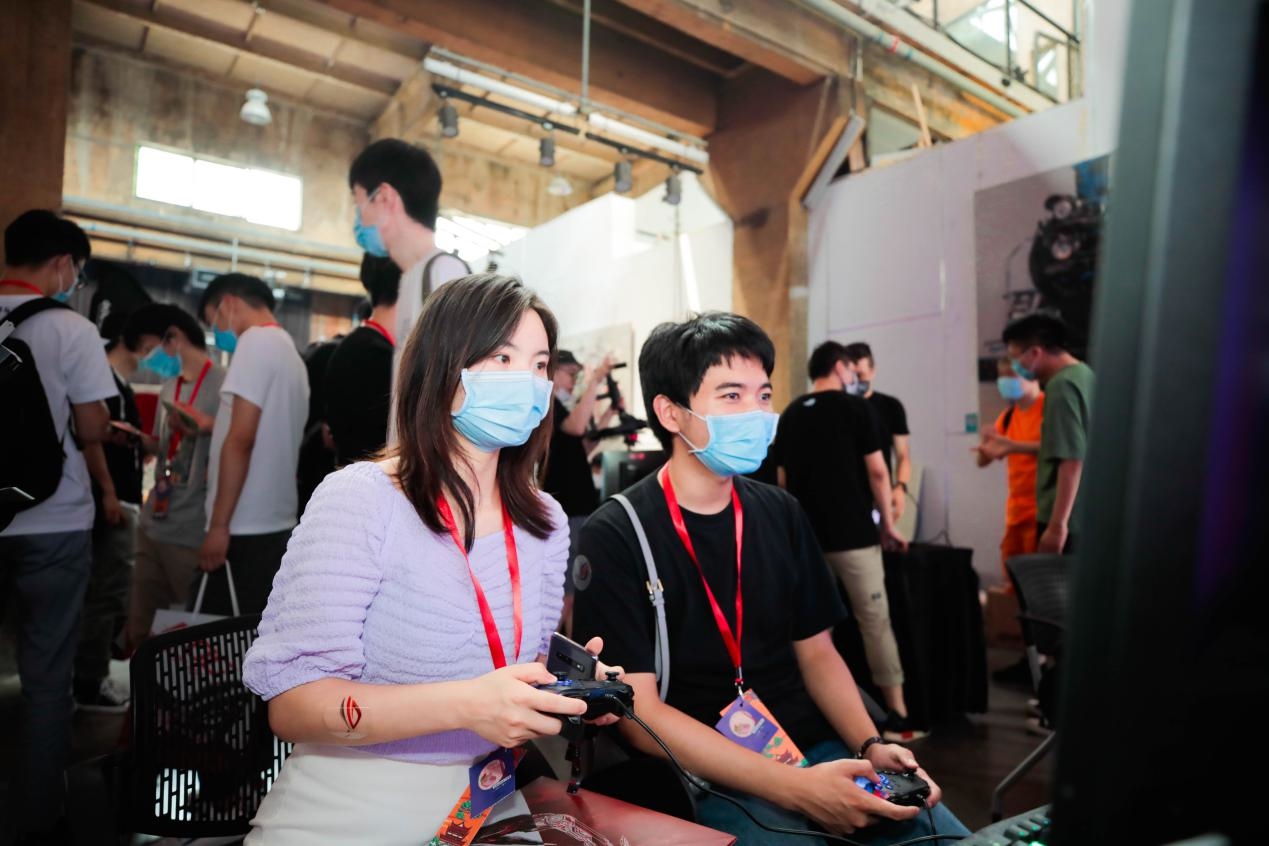 In addition, three anchors of station B, xiaokere, douyu Sixiang and douyu saoyi, also came to the scene to lead us to play games and interact with each other. Tony played games with the anchor, explained the knowledge of hard core technology, and combined with each anchor's own characteristics, it also attracted many Rog fans to participate, and the rich live broadcast awards also made everyone happy. 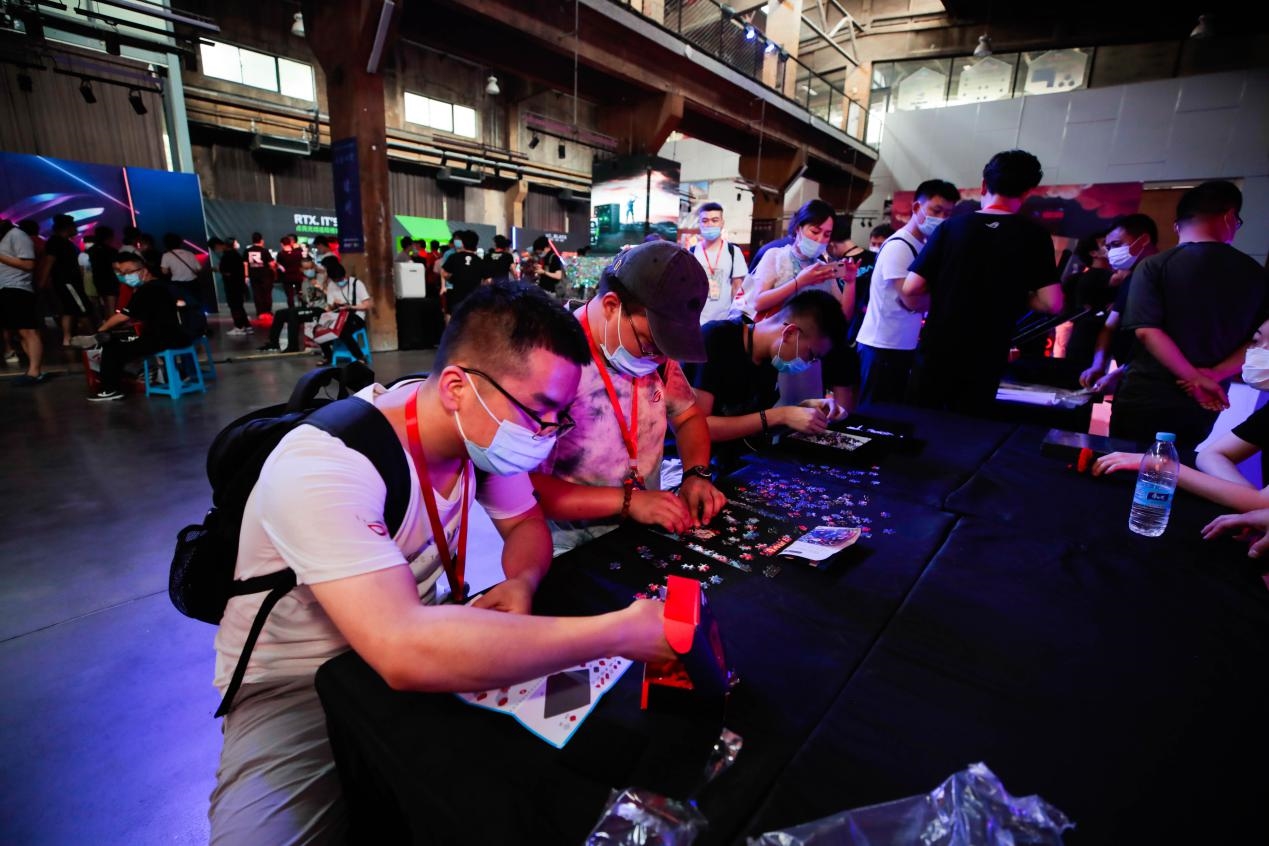 What excites fans most is the award that has been sent. Rog fans are serious. You don't need to work hard to pass the game. As long as you experience the game you want to play and know the Rog products you want to grow grass according to your own preferences, the big screen lottery will send the big prize to you. It's strange if you are not excited! 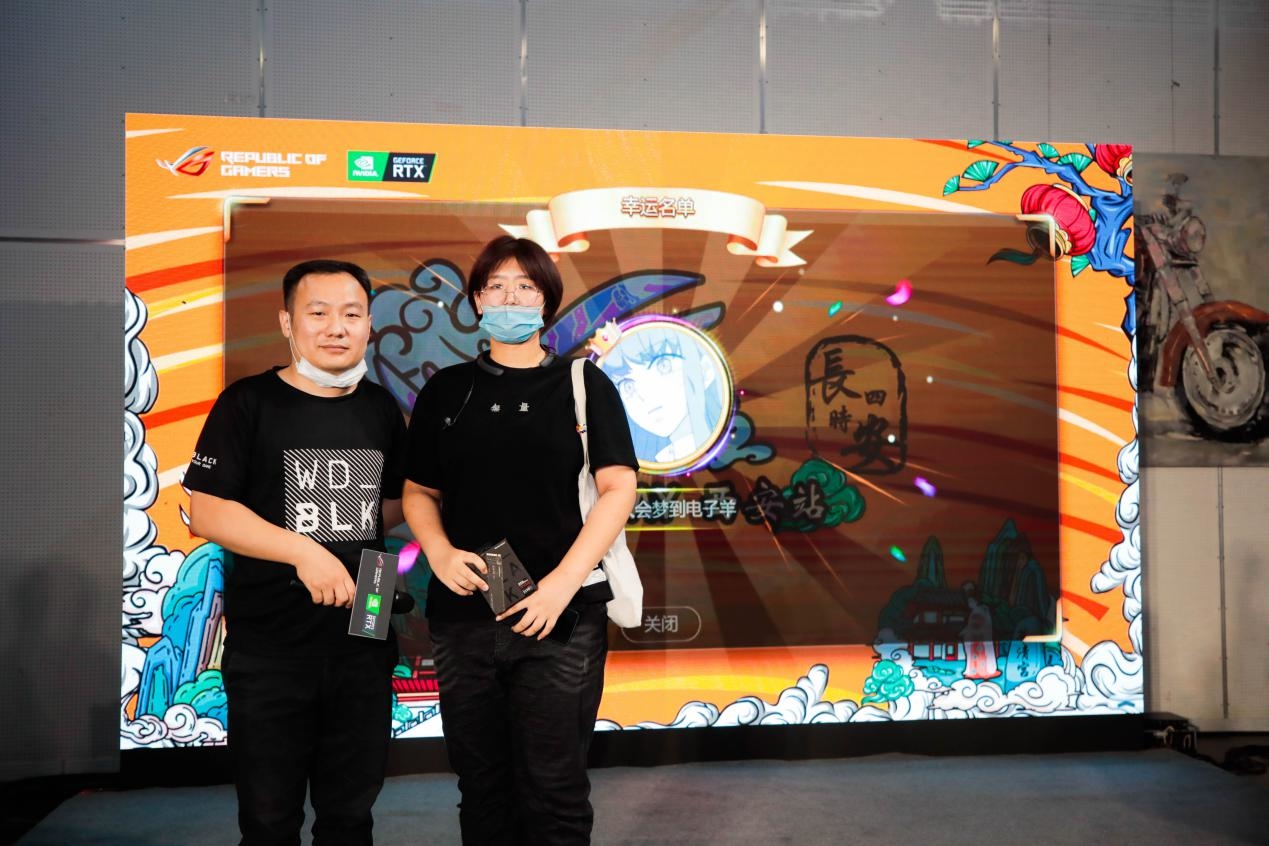 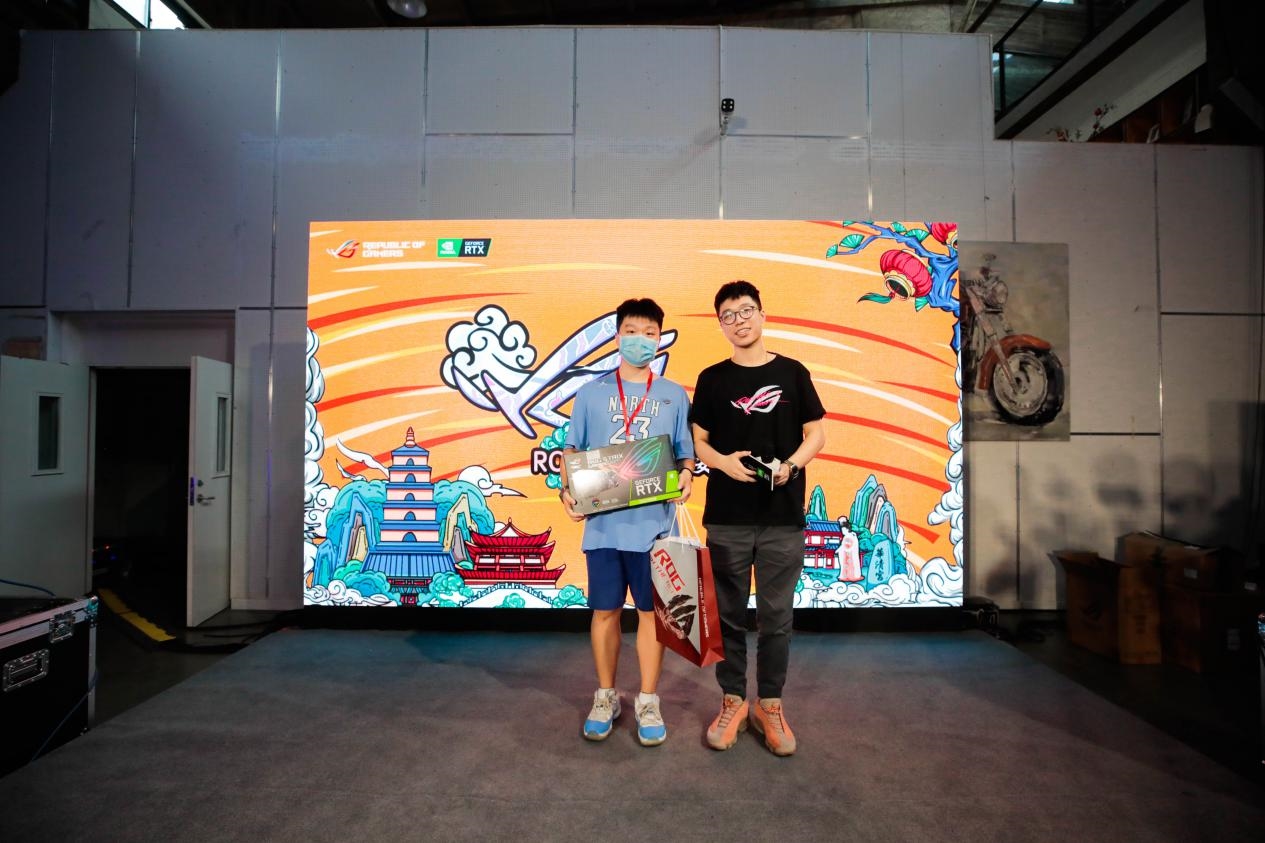 Inheriting faith, as a brand that emphasizes the collision with youth, Rog has set up a unique sales area. You can buy unique Rog surrounding, limited T-shirts, etc., which fully reflects Rog's attention to players, constantly leading the trend, and blessing the faith. 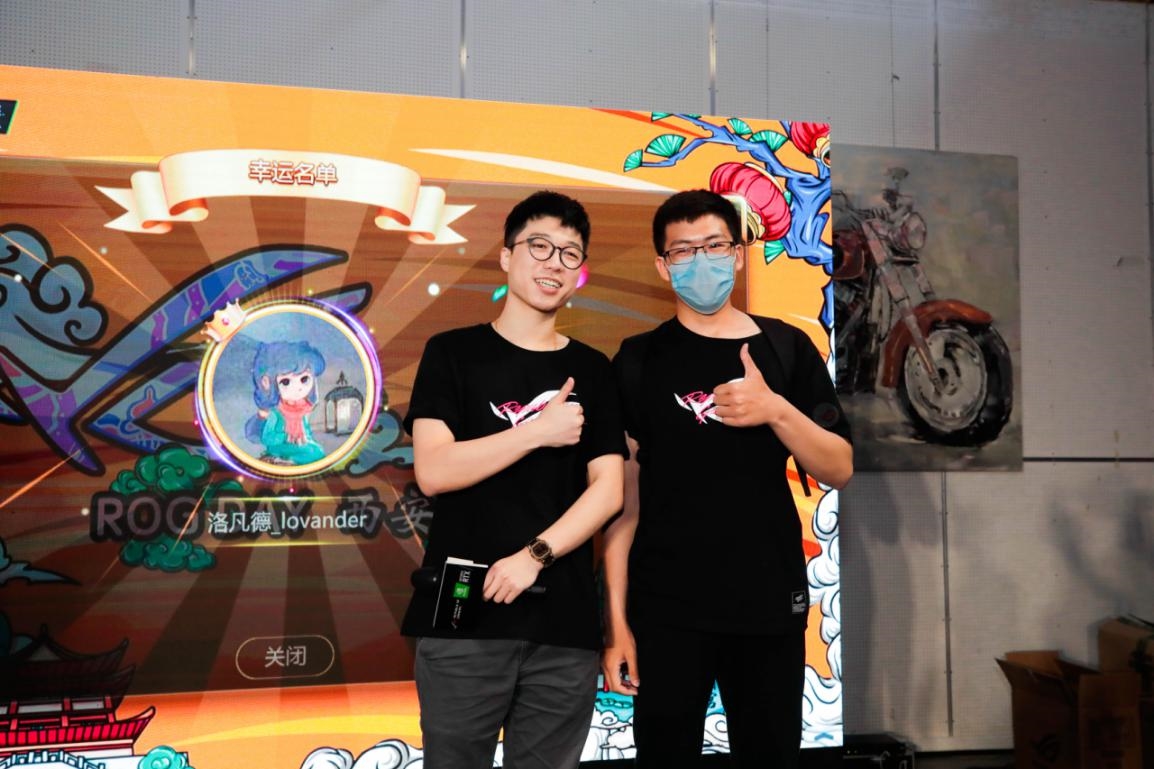 With the enthusiastic participation of everyone, the Rog day fan Carnival came to a successful conclusion in this city with profound cultural heritage. The collision of culture and trend, the combination of E-sports and two-dimensional elements, and the intersection of belief and inheritance, let us look forward to a longer-term company and support in the future, and also look forward to the next passionate gathering and the next new breakthrough.