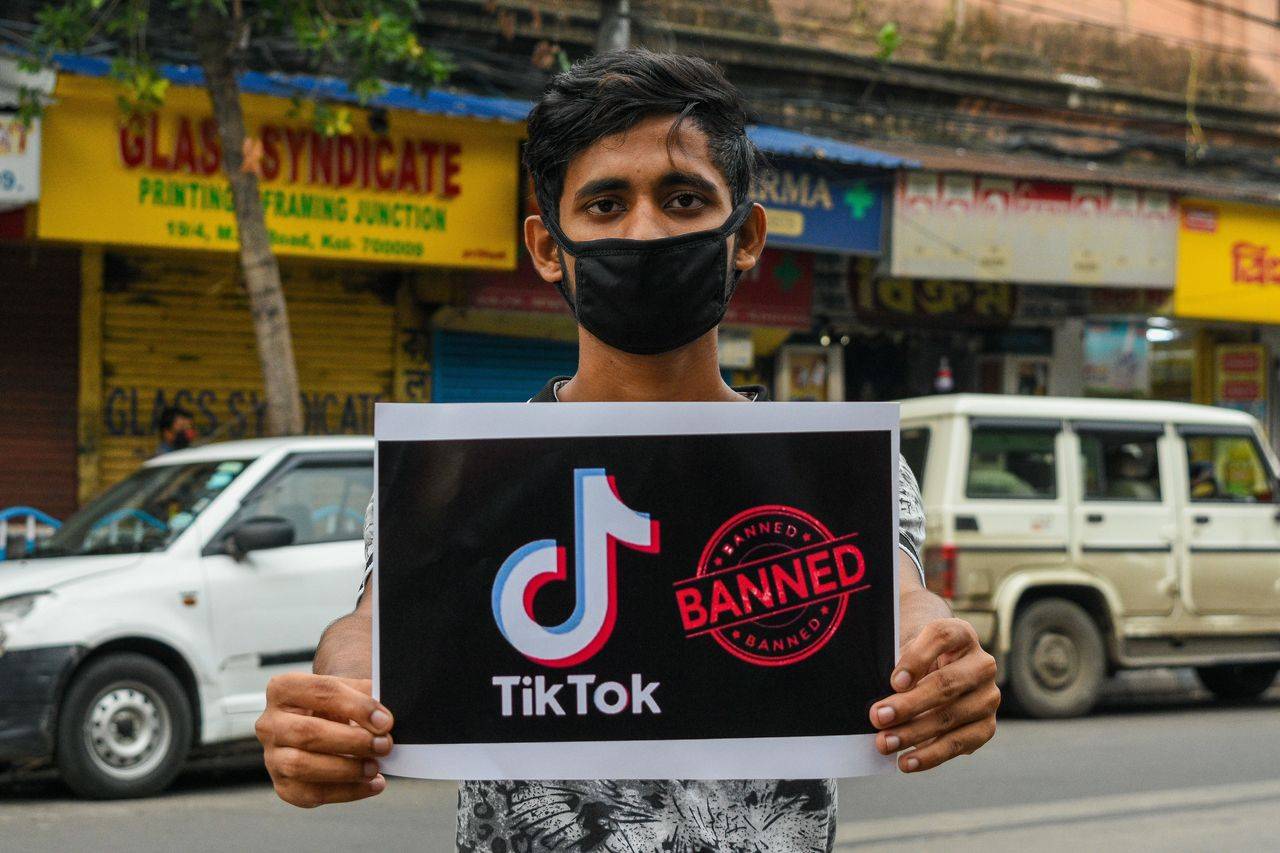 To protect the interests of Indian Internet users. This targeted action will ensure the security and sovereignty of India's cyberspace.

Most of these 59 apps are familiar to us, but at the same time, there are a lot of cool apps. You can only wonder: "what? Is this also a Chinese app? " 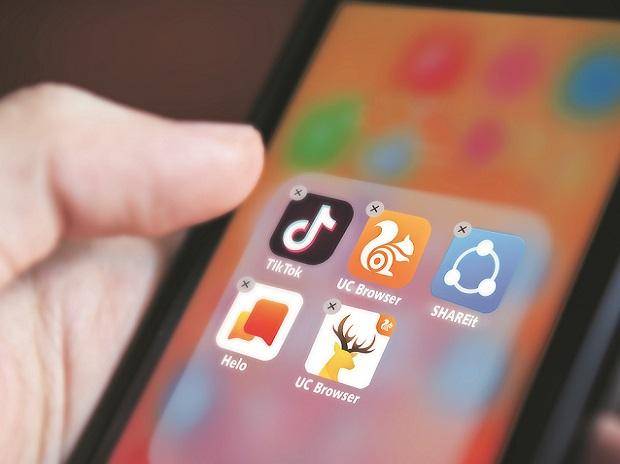 The pictures are from:Business Standard

What are the 59 banned apps 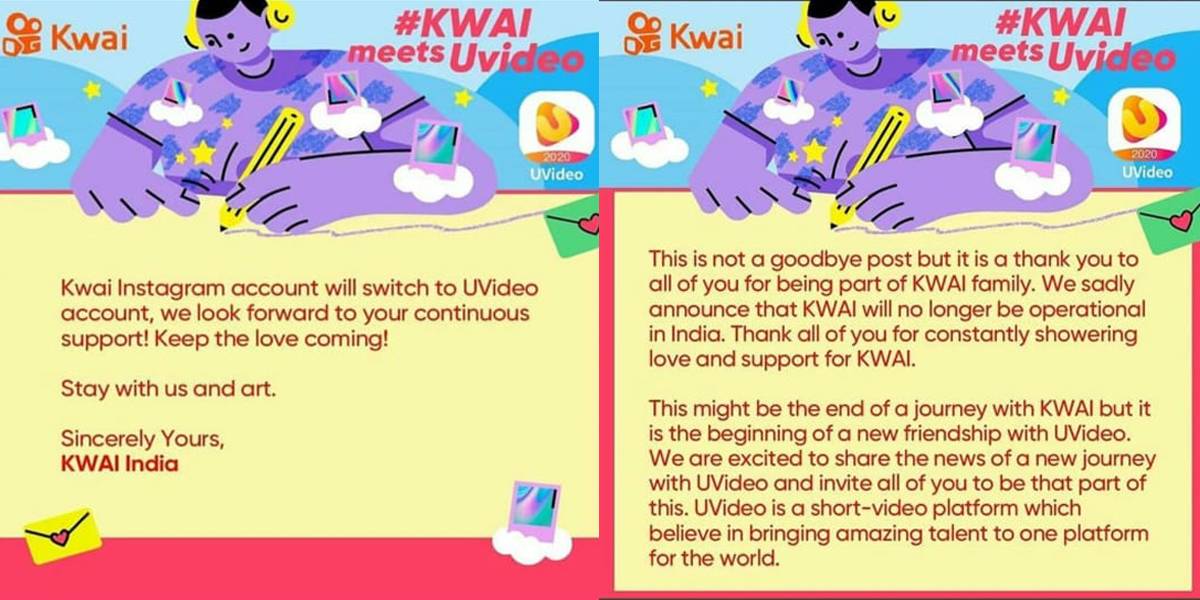 Excluding the investment companies of Haihai company, Tencent, including wechat, has 10 products banned; Baidu follows closely, with eight products banned; Ali has three products banned, mainly UC series; byte skipping with the heaviest loss is 3 apps banned, and tiktok, which is the best developed, has the greatest impact. 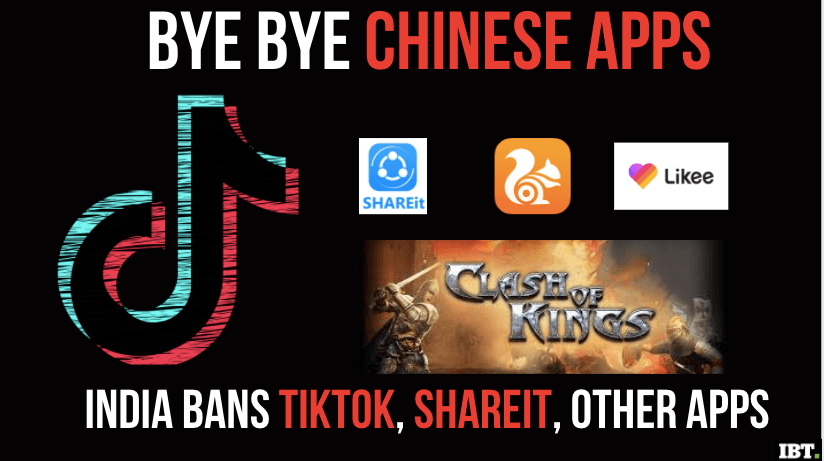 The pictures are from:Top News

In addition to the banned products of large companies, there are also products closely related to large companies. For example, newsdog, a banned news product, received nearly $100 million of Tencent's investment in several rounds of financing. The predecessor of the file management application es file explorer belongs to Baidu international global mobile application and DAP advertising platform business group. It only operated independently in 2018, and Baidu still has a share.

It can be said that the companies we are familiar with account for more than two-thirds of the banned list, while those that we are not familiar with are very focused on some aspects, such as scanning omnipotent king and love taking selfies. There are many companies in the banned list that only do business on the sea. The Indian business has been affected in this storm, which is absolutely a bone breaking injury for them.

After 59 apps are banned, how will the life of Indian people be affected

After India's announcement of the ban, Caijing quoted an investor who focused on the Indian market, saying that there are still 650 million Indian users after the 59 banned apps have been de duplicated. Behind the 650 million figures, there are also a large number of local Indian enterprises and their employees who have already advertised on apps.

In a report released in April this year by macropolo, a think-tank affiliated to the Paulson Institute, said that of the 10 most downloaded apps in India, six were from China and four were from the United States. Another oneTop mobile research companies saidIn May this year, the total number of monthly live users of tiktok, club factory (India's third largest e-commerce application), UC browser and other applications exceeded 500 million.

It can be said that this is a ban affecting the digital lives of hundreds of millions of people. 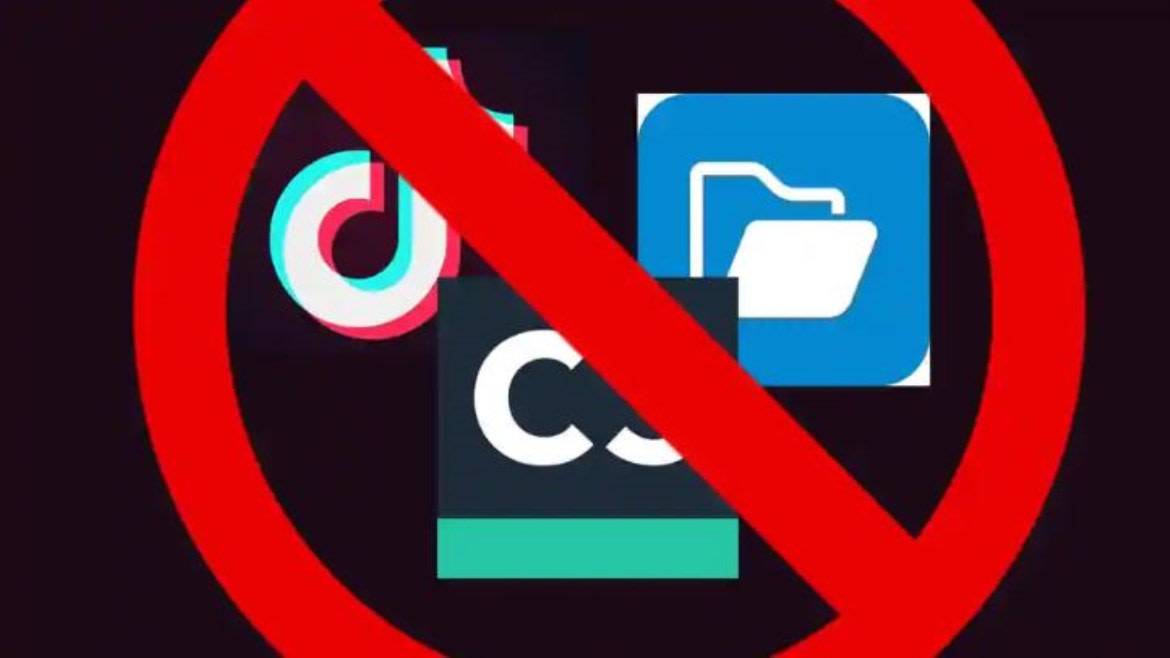 For the Indian people, tiktok is the most influential. As an overseas version of the kill time app, tiktok is popular in India.Data for 2019India accounts for 48% of the time spent on tiktok by overseas users in China, which can be said to be half of tiktok's overseas business.

More than a third of Indian smartphone users have tiktok, according to a survey of 5 million people in India by market research firm kalagato. As the biggest application blocked this time, tiktok didn't wait for enforcement, so he started on himself. Several sources have proved that tiktok stopped its services to Indian users before the Indian Ministry of telecommunications issued an order to shut down 59 apps in India. 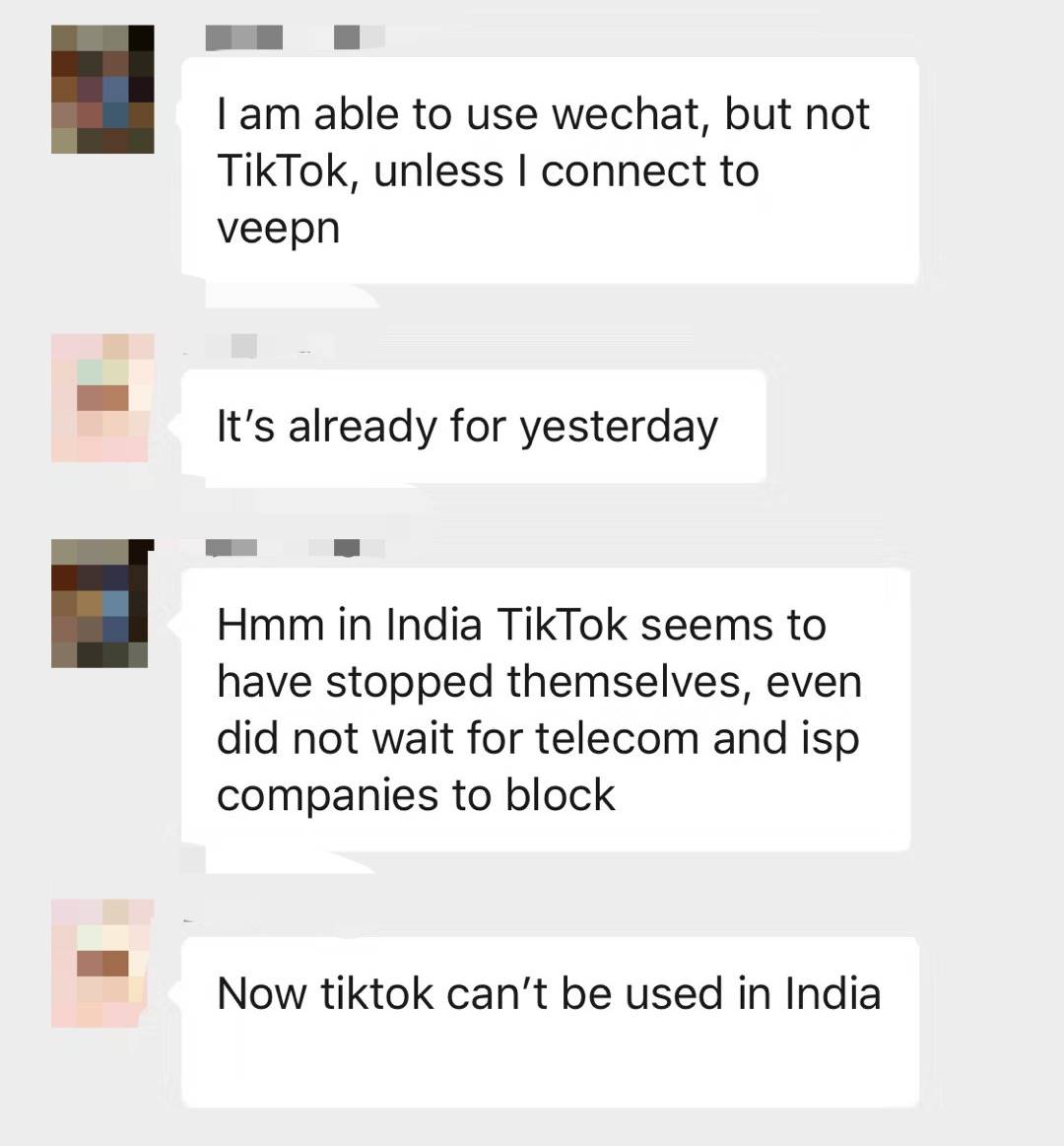 When most of the banned applications have not stopped service, tiktok shut down its services in India

Some users are very satisfied with tiktok's ban, and feel that the local app has finally got some development space. Celebrities like NIA Sharma and kamya Panjabi celebrated the ban on Chinese apps on twitter, which is full of emoticons

But at the same time, this behavior also caused some users' dissatisfaction.Reuters reported tiktok users @ omkarsharma988 released a video after the ban was issued 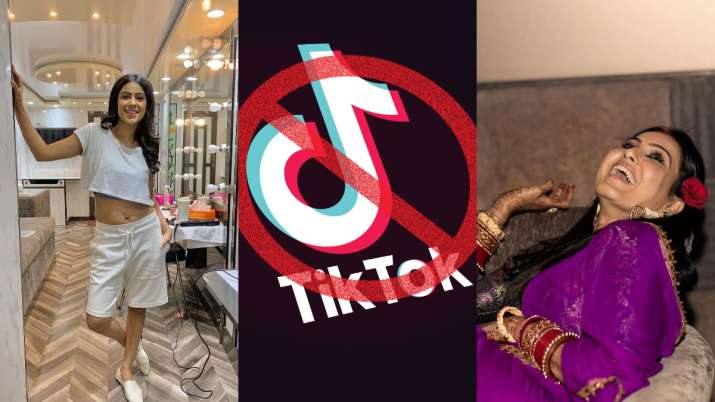 Tiktok is off the shelves, but Indian people still have a lot of short video applications to choose from. It's just that what can be replaced must not be bigo live, the second largest short video player in the field. The parent company of this product has been wholly owned by YY in China. In other words, the second best alternative is also a banned product.

Another product that has been greatly affected is UC. As the first Internet product to enter India,UC has even overtaken Google's Chrome browser in India has a 44% market share. It's just that in the browser field, the second-place replacement is alive

However, six browsers, including Apus browser, baidu browser, QQ browser, cheetah security browser and ES file explorer, are banned at the same time, which will inevitably have a great impact on Indian users. 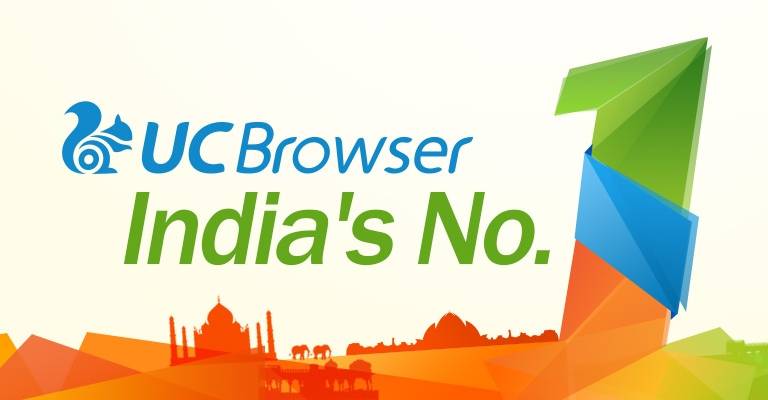 As for the banned e-commerce application Club factory, you may not have heard of it, but it is the top three e-commerce platforms in India. Its CEOLou Yun also said in an interview with Hugo half a month ago：「In the non-standard e-commerce of Indian market, club factory has no benchmarking platform."

In fact, not only club factory, but also many Chinese apps have taken a road of differentiation and localization in India. 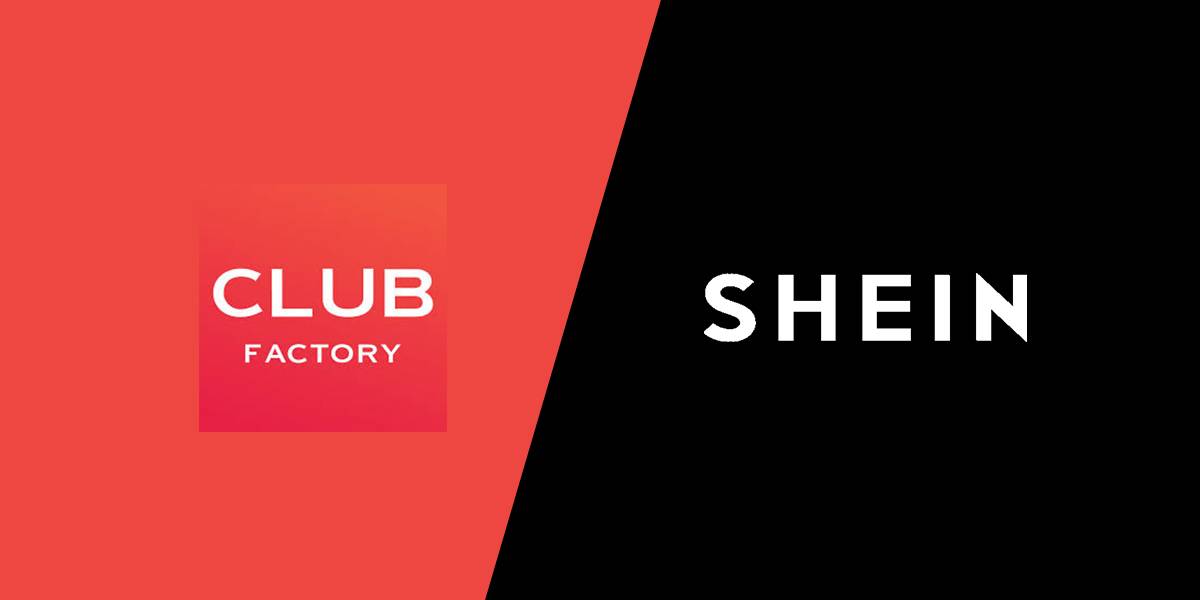 ▲ both app are just banned from Chinese e-commerce applications

There are 22 official languages and more than 1600 regional dialects in India. The ban has a great impact on Chinese app audiences who have made great efforts in language diversity and adaptation. For example, the byte skipping Hello is an Indian dialect content community, so it is not easy to find a substitute in a short time. There are also some product barriers for the popular applications like likee among non English users.

What we don't mention is that the banned app's local employees and their derivative positions are bound to be affected by the ban, such as the fact that many of the MCN agencies that make videos for TikTok only make videos for this platform. TikTok were suddenly banned, likely cutting off their only source of income.

However, the ban is a certainty. In addition to the product people who are going out to sea to think about how to survive, there are still some product owners who want to seize the opportunity to fill the market vacancy left by the ban of app and win more users. These include both local entrepreneurs and Internet giants in other countries.

Like China, India has a strong application software development capability and a huge domestic market. Therefore, India can follow the example of the Chinese government and kick Chinese enterprises out of the Indian market on the grounds of protecting domestic enterprises or other reasons, because Indian enterprises have the ability to replace Chinese competitors. 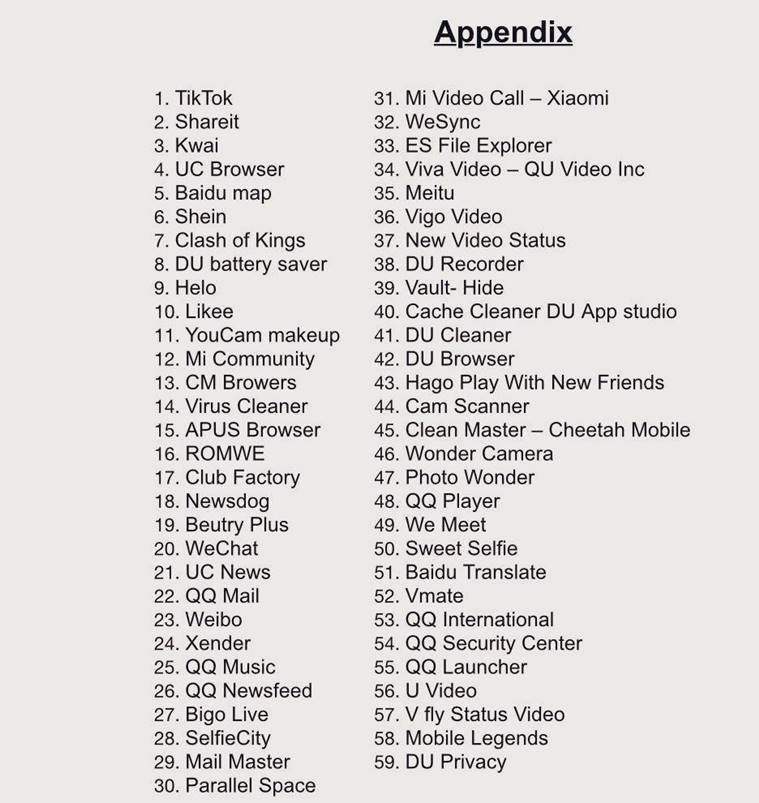 At present, Indian media has begun to introduce more alternative products for domestic users to help them get the most appropriate "affordable substitution".

For the banned UC browser, we recommend products from big companies that are also backed by giants, such as Google's Chrome browser, Samsung browser, fox browser, Microsoft edge browser, opera browser (also related to China), and duckduckgo browser (the search engine for privacy protection of the main users in the United States). Local browsers also have alternatives such as omigo, geobrowser, Bharat browser, etc., but compared with the well-known products mentioned above, the score of local browsers is relatively low.

But on the whole, there are many alternatives for browsers, and many of them are of good quality. Once users are attracted by other products in this empty window period, the first mover advantage of UC browser will gradually weaken. The impact of this ban on browser category products is not small. 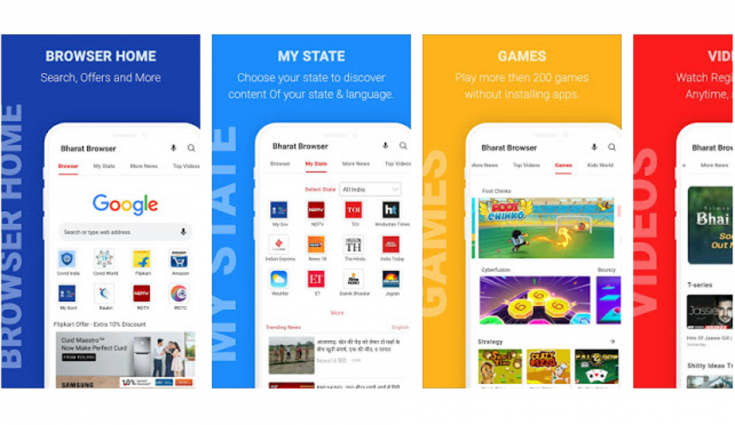 The Bharat browser was the first Indian browser

For the banned cam scanner, Adobe scan, Microsoft Office lens, Google drive, turboscan, vflat and Scanpro can be replaced. The first three companies can tell by their names, and the last three have good ratings in Google play. It can be said that it is not impossible to replace the former products.

As for the short video applications that have attracted the most attention in recent years, several Indian entrepreneurs have made different applications, such as Mitron, Chingari, bolo Indya and roposo. At present, the biggest difference between several applications and tiktok is the number of users. For example, roboso has only 55 million users, while the newly started Chingari has only 2.5 million downloads.

For these apps, it's still a long way to catch up with the former. After all, China's short video war tells us another simple truth, even if there is money and traffic, it is not necessarily able to make a successful product. Therefore, products like tiktok and bigo live are relatively safe in the short term, but they are likely to be forgotten by users in the long term. 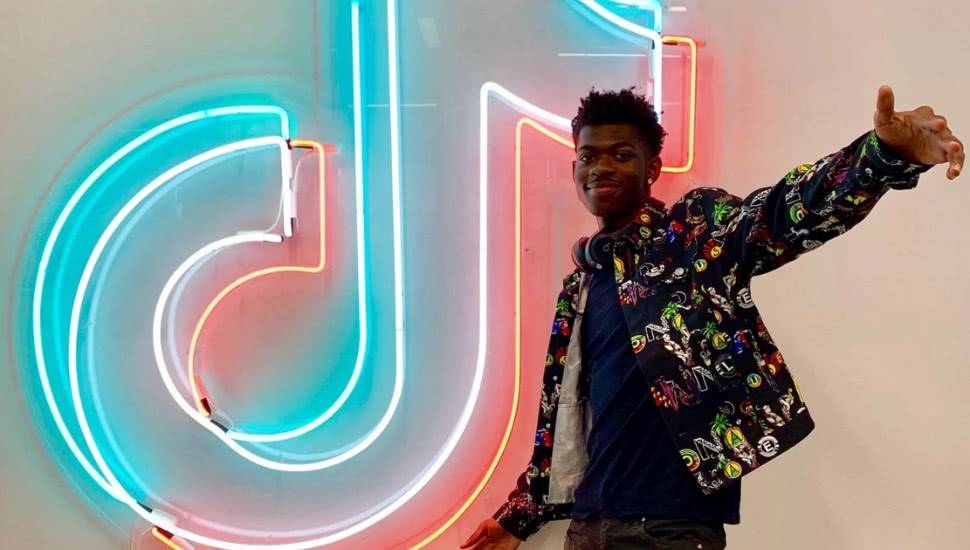 In general, the Indian people are already full of "affordable alternatives" to choose from, among which there are also indigenous innovative applications.

So India's largest mobile advertising companyNaveen Tewari, the founder of inmobi's group, spoke highly of the government's move"This is the moment of digital independence that most Indians expect," he said. "

However, for the application in India for many years, the application achievements of many years of localization attempt may be lost because of this paper ban. For them, the ban is likely to usher in a "dark moment.". 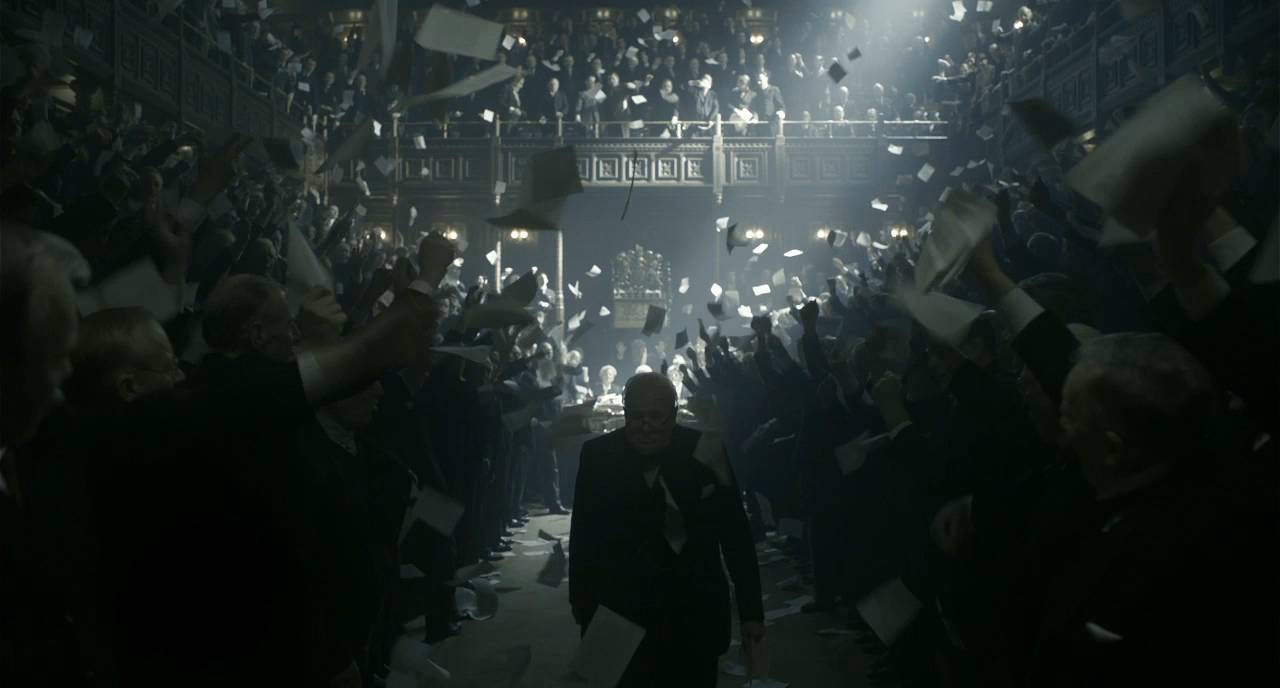 The picture is from "dark hour"

Related news
Internet Archive: recording the forgotten Internet
IPhone users call Android Internet Explorer on their phones
59 Chinese apps banned in India
India has banned 59 popular Chinese apps, but Indian chicken eaters are relieved
59 Chinese apps banned, India's Internet appears a lot of vacuum zone
Maybe next year you'll get an iPhone 12 labeled "made in India."
The English name of Chinese liquor has been changed: Chinese Baijiu has been officially launched
Hot news this week
Zhao Lijian responded to the British "blocking" Huawei: generalizing the concept of national security harms others and harms themselves
Zhao lijian said the UK's decision to block Huawei under PRESSURE from the US was damaging others and not benefiting itself
ByteDance invested in Sequencing Technology, which is an AI industrial SaaS software service provider
It's hard to escape the monopoly sanctions American court dismissed Facebook against FTC counterattack
Former search president of Baidu xiang Hailong joins Transsion The company that sells mobile phones wants to do more Internet
Involving the "three crimes" such as the misappropriation of loan funds, the Shaoxing branch of Guangfa Bank was fined 1.1 million yuan
Foxconn announced that it had resumed production in India: only 120 workers had been brought back to work for the first batch
AsiaInfo Technology Announces Acquisition of iResearch Consulting to continue to increase digital operations and digital and intelligent transformation
30-year veteran Gregory Bryant says goodbye to Intel
After the suspension storm, Amazon's Chinese sellers increased by double digits, and sales exceeded $50 million.
The most popular news this week
Premium 45.3% Microsoft Guarantened 68.7 billion US dollars to acquire moving flights PK Faces compete for content production faucet
Phil Spencer, CEO of Microsoft's Gaming Business: Welcome to Activision Blizzard to the Microsoft gaming family
Microsoft announces acquisition of Activision Blizzard on hot search! Netizens sighed: 400 billion cash transactions
Half a billion! Pay treasure collect five blessing to come: exceed 50 thousand people collect qi have you
Snapdragon 888 Plus Is the King of Sex! The best selling mobile phones at the 2000 price point were announced
Microsoft 68.7 billion US dollars acquired moving Blizzard: will become the third big game company in the world!
Apple releases AirPods 3 firmware: Version 4C170
What kind of idea and layout does Microsoft have behind the acquisition of Blizzard?
Account 2.5 billion transmission dependent Blizzard CEO will leave after Microsoft acquisition
The biggest acquisition in the history of the game! Microsoft is 68.7 billion US dollars to buy blizzard lazy microsoft