Review of Sony PS2: the highest selling game console in history and the hot memory of post-80s / 90s

A while ago, Sony released some of the PlayStation 5 information, although the listing time and price information is still unknown, but this does not affect the attention and expectations of players for PlayStation 5. A month-long geek museum has also brought in a heavyweight, taking advantage of the heat released by the new machine, and this time we'll look back on PlayStation series of classic models in most people's minds

For the post-80s and 90s, the red and white machines can be said to be the "enlightening teacher" for them to open up the game world. However, PlayStation 2 (hereinafter referred to as PS2) is the one who has accompanied them for the longest time and made more people fall in love with the game.

The most successful game console in history

According to third-party statistics, the PS2 is the highest selling console in history. As of May 25, 2020, the sales volume of PS2 has reached 158 million units, followed by Nintendo DS, which has sold 154 million units in total. The third place is the game boy written by geek museum before, but it is just Gameboy The sales volume of the first generation model, which is commonly known as "brick" by players, is far behind the top two in terms of sales, "only" 118 million units. From this data, it is not difficult to see that the classic status of PS2 is almost unshakable. The PS4 is now at the end of its life cycle, and its sales volume is only 109 million units. It's not just the Playstation series. It's not too much to see the PS2 as the most successful console in history. 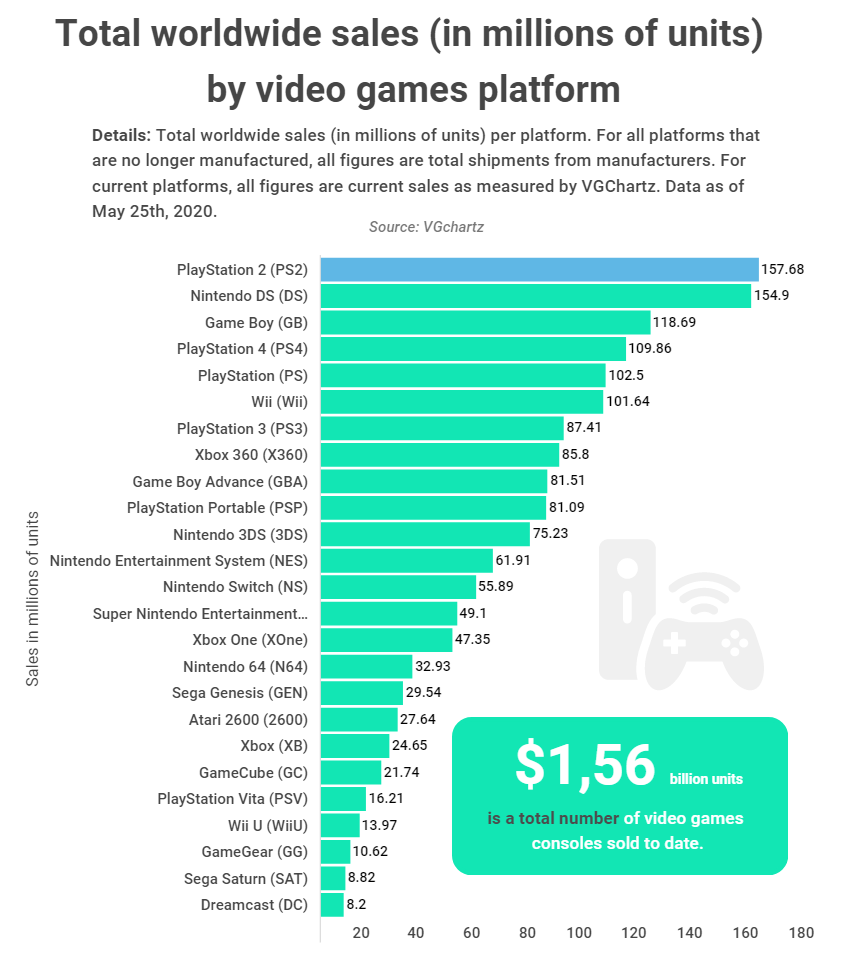 For domestic gamers, PS2 actually has a black past. PS2 was officially released worldwide on March 4,2000, and only on November 28,2003 did Sony officially announce the launch of the mainland, but without waiting for the players to be happy for a few days, the Ministry of Culture broke the expectations of the gamers. As a result, even if PS2 have very high sales at home ,99% of consumers buy water.

All kinds of models can't be distinguished

The entire update track of the PS2 is similar to that of the PS4. Later, the slim」 version was launched, but "the PS2slim」 has no particular name on it, just a distinction between the number of models, and the PS2 model found by geeks was 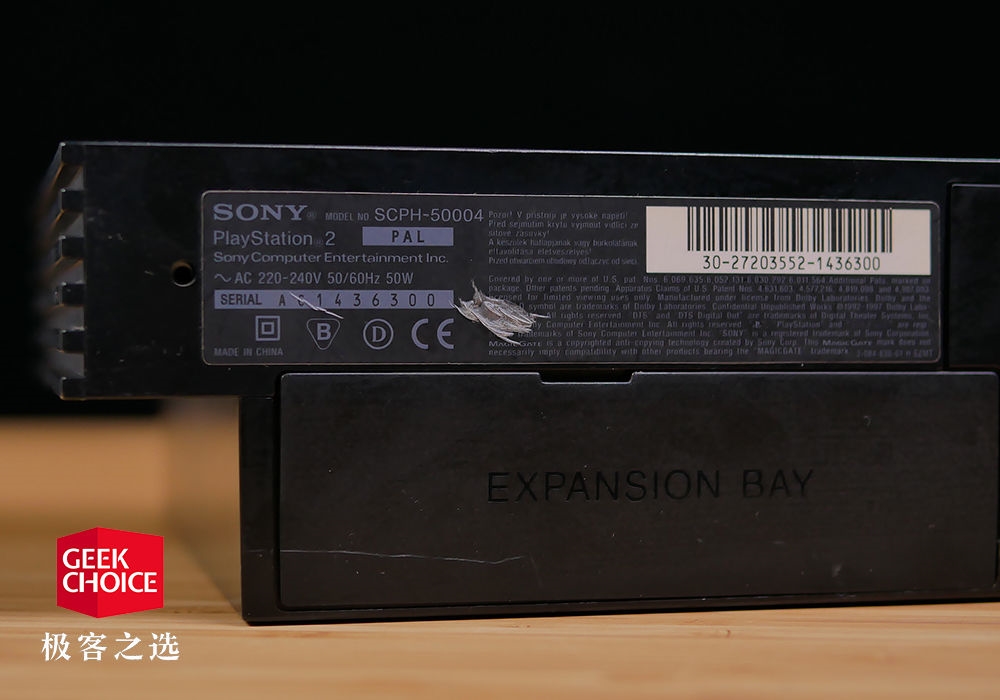 The PS2 at the beginning of model 1, 3 and 5 are "thick machine", while 7 are "thick machine" After the prefix is "thin machine". In addition to the early "thin machine", a big advantage of "thick computer" is that it can be changed into a hard disk machine. Games can be directly copied into the hard disk. Both stability and reading speed are better than those of CD-ROM. of course, all this needs to be based on "cracking". 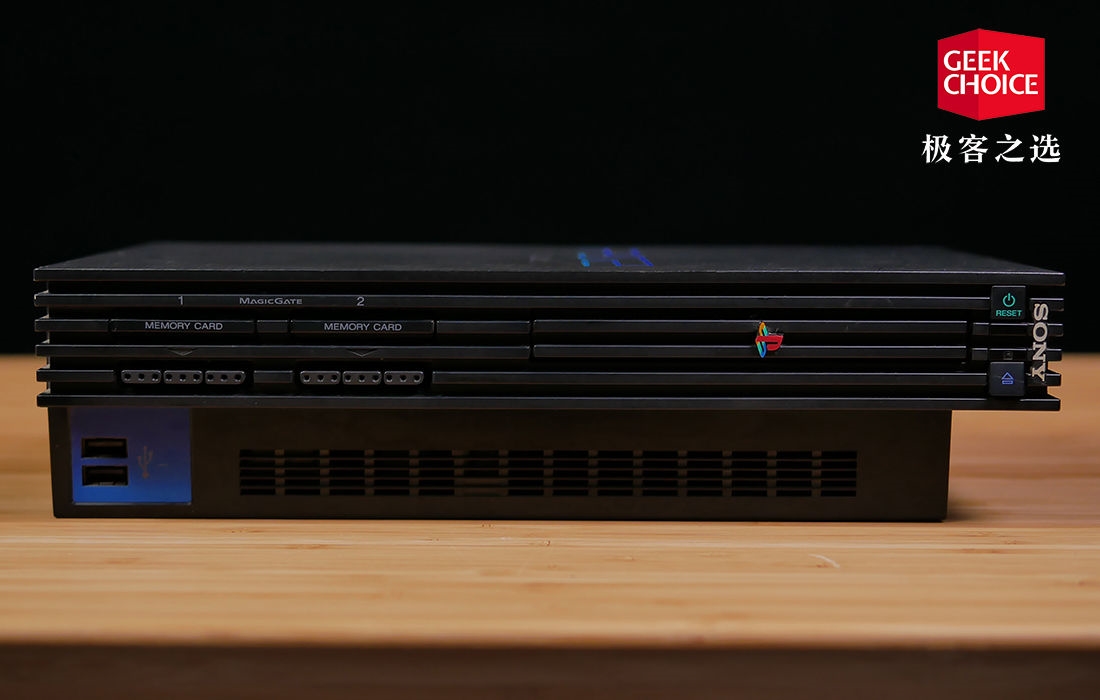 There are quite a lot of doors and twists and turns about the model, because it involves a lot of knowledge points and the parts that need to be explained are also very complicated, so they are not shown in the article. After all, the column of geek Museum just wants to have a good aftertaste of the happiness of that year.

Perhaps the reason for the small size at that time, just found this PS2, feel that it is not the size of the impression of the "big only ", even compared with the PS4, it seems that there is no big gap, although the a little heavier. PS2 whether it is horizontal or vertical is the problem that has been bothering me, the impression of almost no one vertical, probably because it is too much like heating, easy to be cleaned by the old man when the house, as electric heating put away or throw away. I have the impression PS2 there are official support accessories, is to make the host in the vertical can be more stable. 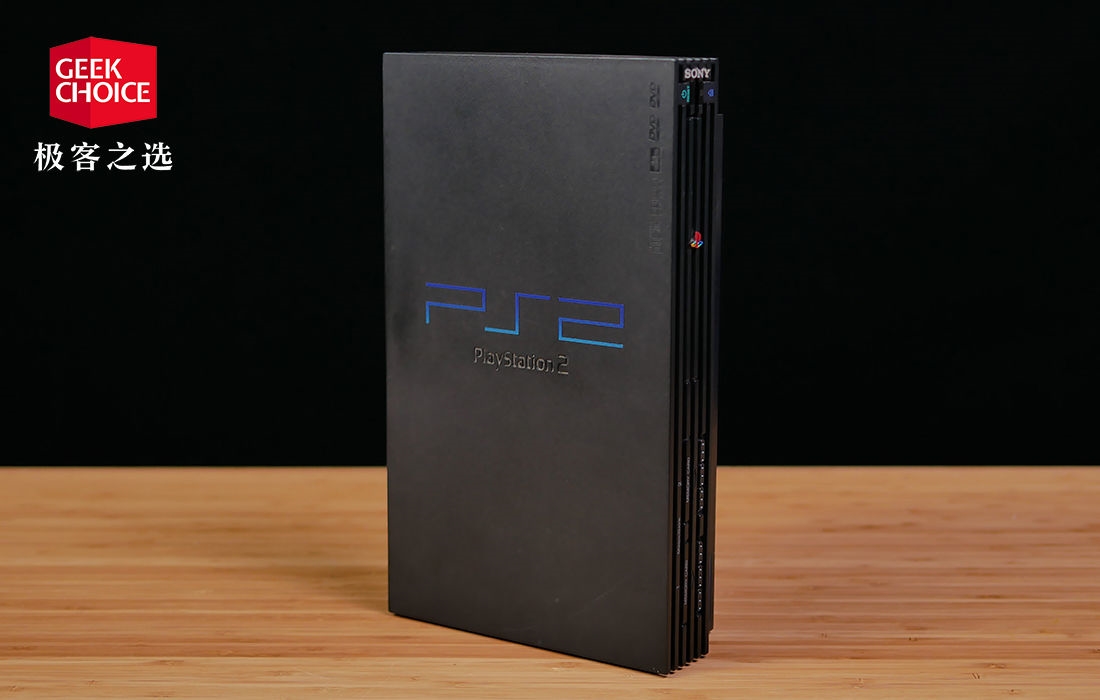 Actually, there are footmats on the bottom of the fuselage horizontally and vertically

At that time, Sony has already played the limited color set very skillfully, which is really a pain in everyone's wallet. In fact, the limited models at that time were not as sincere as they are now. They were just changing colors. The common colors were ceramic white, gouache, blue, various transparent colors, and so on. To be reasonable, most people should be funded by their parents, so they will probably choose the ordinary version of black, after all, it is the cheapest. 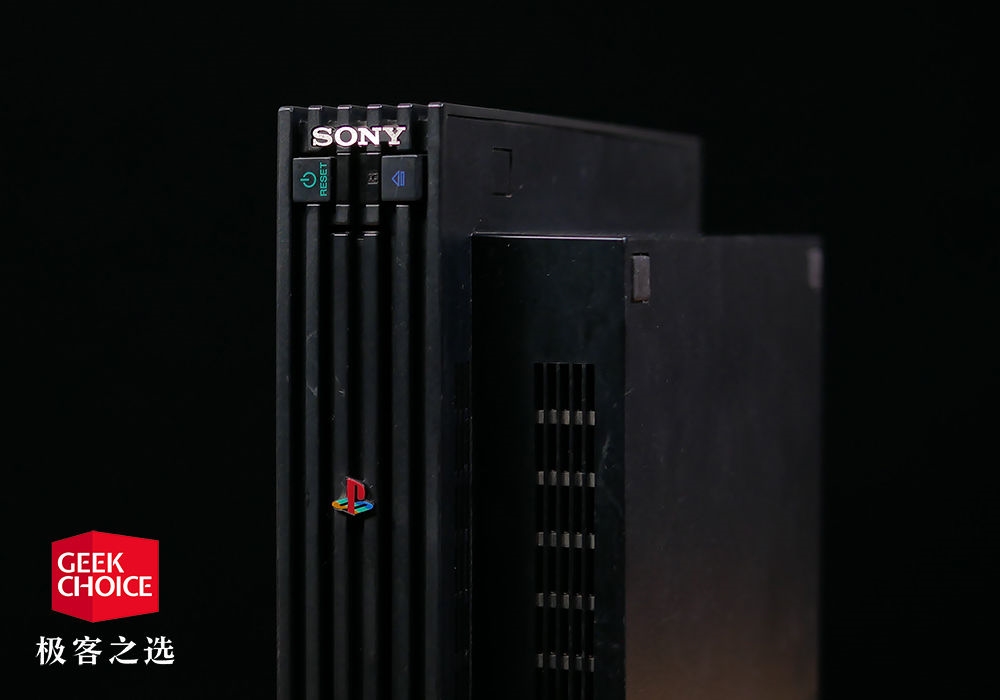 PS2 has only two buttons on the front of the fuselage, both at the top, and their functions are simple 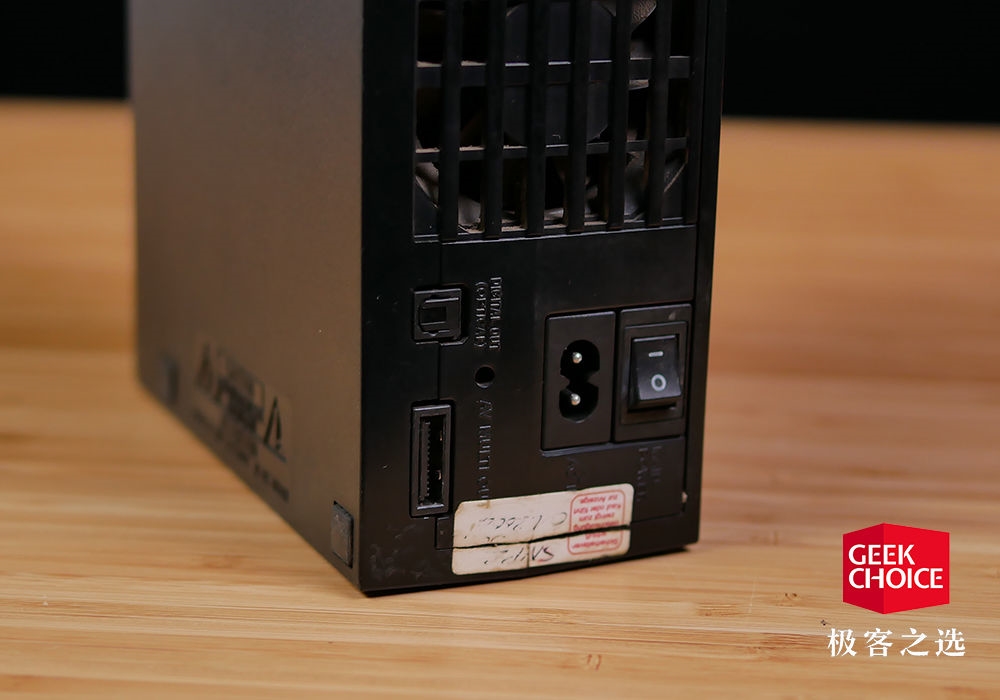 In the back of the fuselage, there are not many PS2 interfaces. In addition to the power interface and AV output interface, it is the network cable interface and expansion bin. Whether there is a network cable interface depends on different versions. Some versions need to purchase external network card separately, while others have built-in network card. However, in the hottest era of PS2 around 2003, domestic ADSL broadband was not so popular. Even many people still use dial-up Internet access. In addition, complicated operation is required. Even though PS2 supports online war, most people will ignore the online war function for domestic users except for a few enthusiasts.

The dualshock handle hasn't changed much until now

PS2 has two handle interfaces, and there is a memory card slot above each interface. Since there was no built-in hard disk and storage space in the fuselage, the memory card became a necessity to store game records and other related information. In fact, this setting highly restored the feeling of arcade, but the domestic partners may have less contact. If you have a lot of game boards, the memory card is really easy to fill up. If you don't want to organize and archive frequently, you have to buy a large capacity memory card. Because of Sony's consistent non-standard, it's a good harvest. Where there are profits, there will be profiteers. There must be many friends who buy memory cards. They are fooled by the black hearted boss. As a result, they buy an assembly card. If they are lucky, they will be able to use them. If they are not, they will cry. 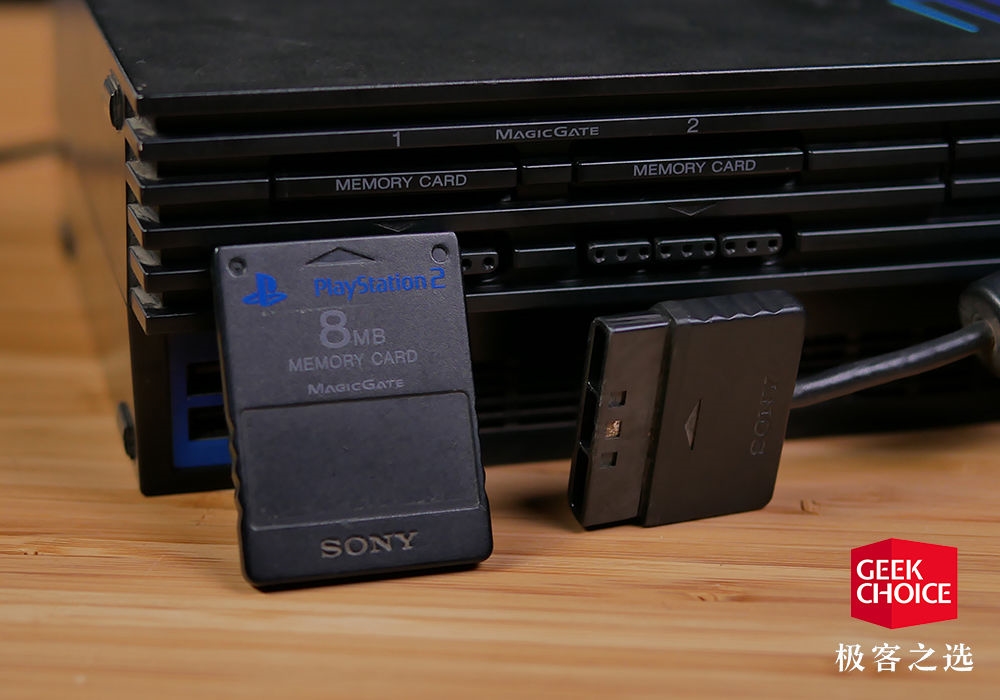 The algebra of Sony Playstation series mainframe and dualshock handle are corresponding, that is to say, the dual shock 2 handle is used on the PS2. Apart from the wireless connection and touchpad design of dualshock 4 handle, there is almost no major change in the handle of the whole Playstation series host (the handle of ps5 is only changed in design style). For most players, the handle of PS2 is absolutely "consumable", because it is really easy to go wrong. It is not difficult to wear out a handle in a month. On the other hand, just like the memory card mentioned above, there are a lot of imitations of PS2 accessories on the market, which are easy to be fooled or swapped by profiteers. 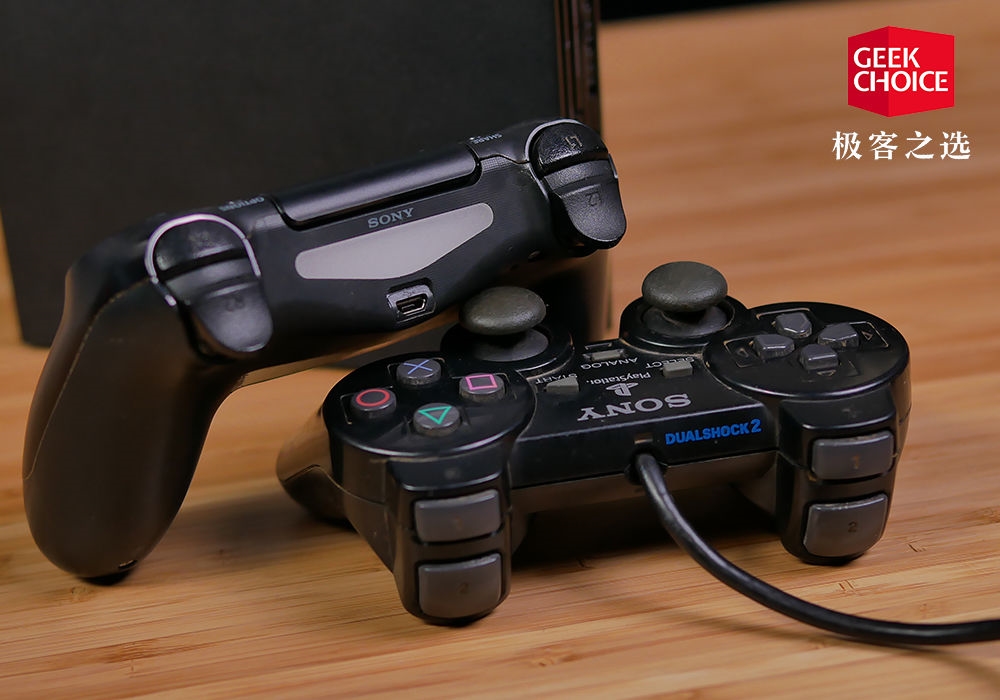 The second-hand PS2 purchased by geek's choice has been given three handles by the seller, but only one of them is completely normal, and the other two are more or less problematic. Although the dualshock series handle is very classic, and there are various limited versions like the main console, it can't beat the Xbox handle simply in terms of hand feel and color matching. 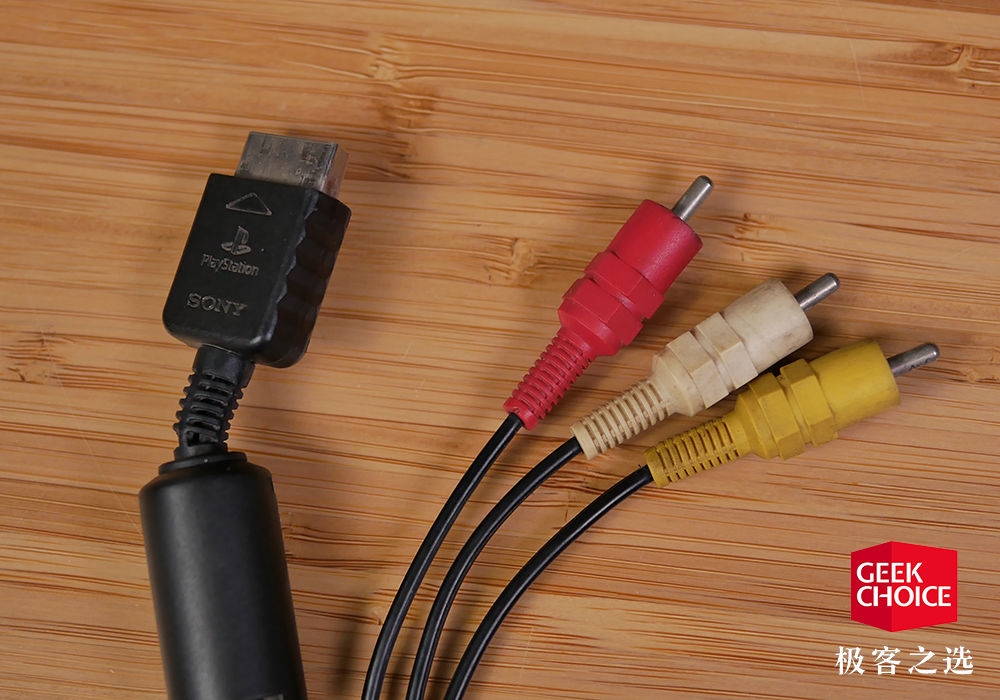 PS2 uses AV output, now some TVs may not have such an interface. At that time, most TVs used a 4:3 screen, so the default maximum output resolution of PS2 was 1024 * 768 pixels, which could be adjusted to 16:9 in the system settings, but it was cut from the screen. In the later stage, many players tried to make the PS2 achieve the best image quality through RGB and component color difference lines. In fact, the PS2 was worthy of the title of "next generation home host", and its function and image quality were quite good at that time.

Too many classic games "occupy" my childhood

In that era of rampant piracy, PS2 basically bought cracked machines in China, which could read pirated game CDs directly. The second-hand console purchased by geek's choice still has a large package of game CDs. In fact, the quality and price of this machine are not very advantageous. What really impresses me is this package of game disks. No accident, this package of CDs should be pirated, but we don't need to pay too much attention to this. After all, today, the upgrading of encryption technology and the promotion of consumers' copyright awareness have created a very good market atmosphere in the game field, which is a considerable progress. 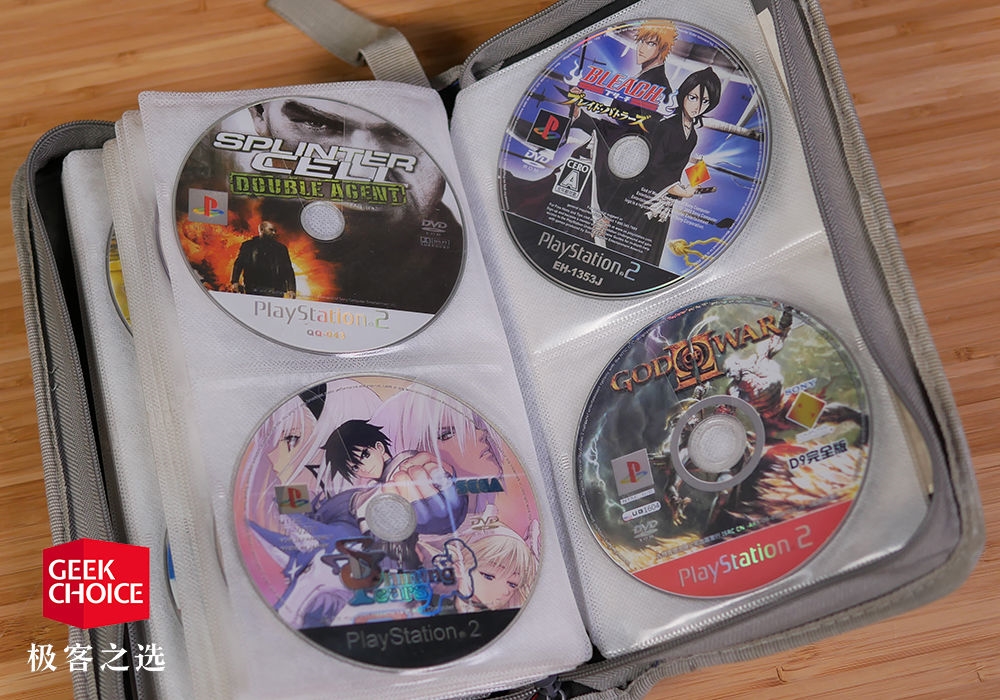 Although the PS2 image quality is very good, it is only limited to that era. From the perspective of the present, it is hard to imagine that I played all afternoon at that time. When I was a student, my classmates and I used to rent machines at the stalls of the commodity market after school. If I remember correctly, it should be 2 yuan an hour. It seems that at that time, I spent all my pocket money on "spiritual needs". How much did you charge for an hour in front of the screen? Welcome to share in the comments. 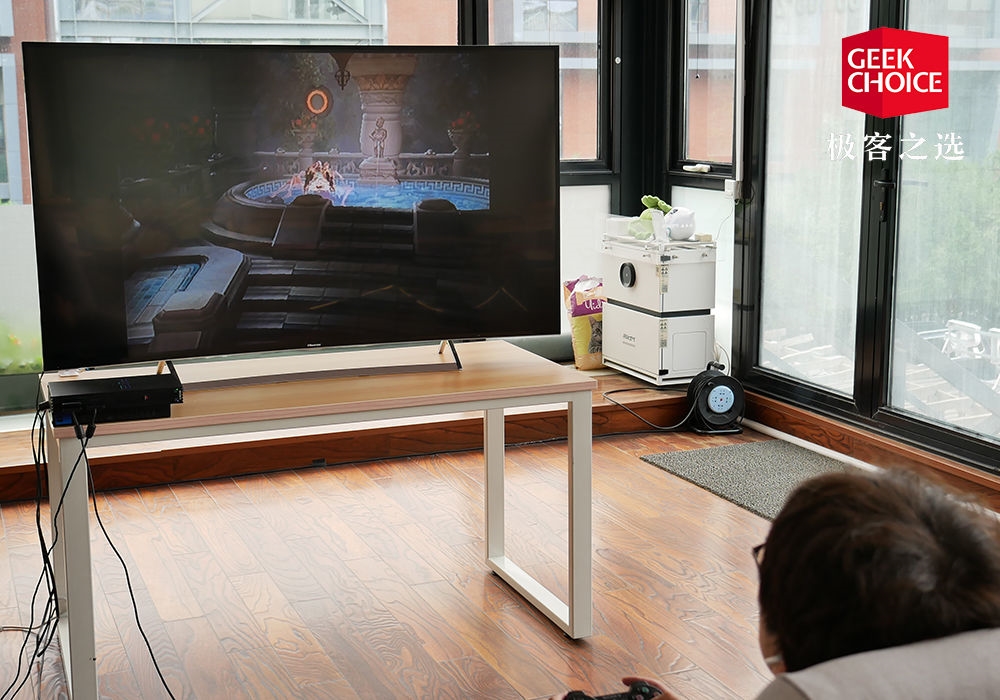 Personally, the most memorable games are dragon ball series, fire shadow series, NBA Live series (at that time, 2K series had not yet gained popularity in the domestic market) and live series. Perhaps it was because I often rented machines to play, "alloy equipment" or drama and role-playing games were not my dishes. I preferred to have a match with my friends. After all, it's fun to spend 2 yuan on the battle between two people, and that's the fun. Because there are too many classic games, everyone's preferences are not the same, so I will not do more reviews here. 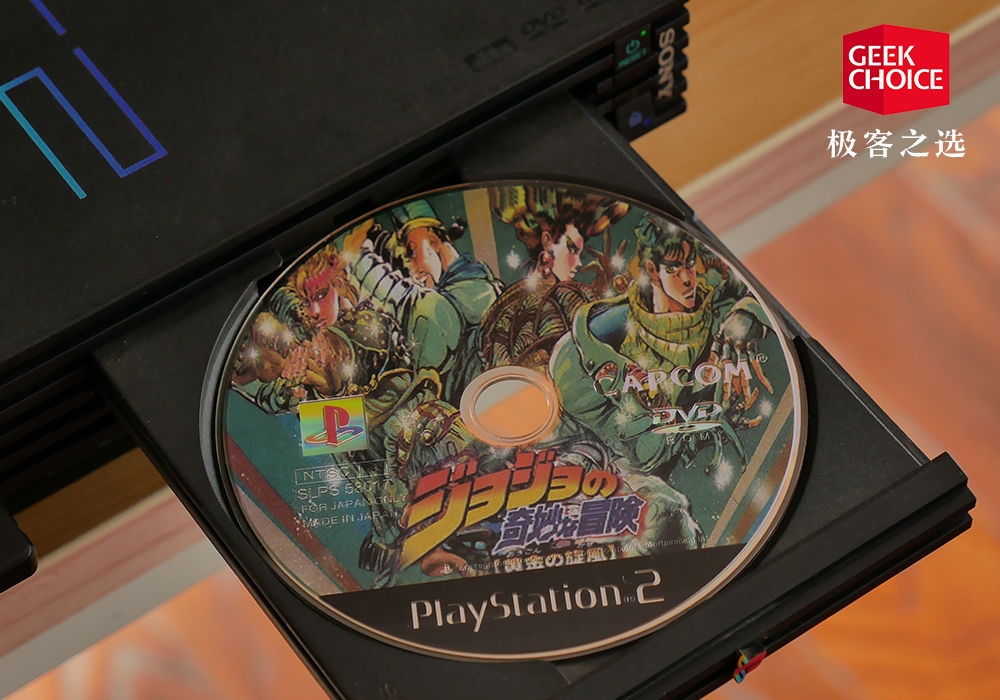 At that time, the name of JOJO was not as loud as it is now

To say something, sometimes it's terrible to remember this thing, just received this PS2, in the test machine just opened the live football, although I can not read a letter in German, but Shurang can follow BGM humming down

The success of a game console is not only eye-catching design or powerful function, more pure game experience is the core competitiveness. In addition to many classic games, PS2 also has a lot of exclusive games, among which the most famous are final fantasy, dragon fighting, God of war, GT racing, Nordic goddess and so on. These fans of exclusive game ip should also be loyal fans of Playstation series, which is one of the reasons for PlayStation 2's success. 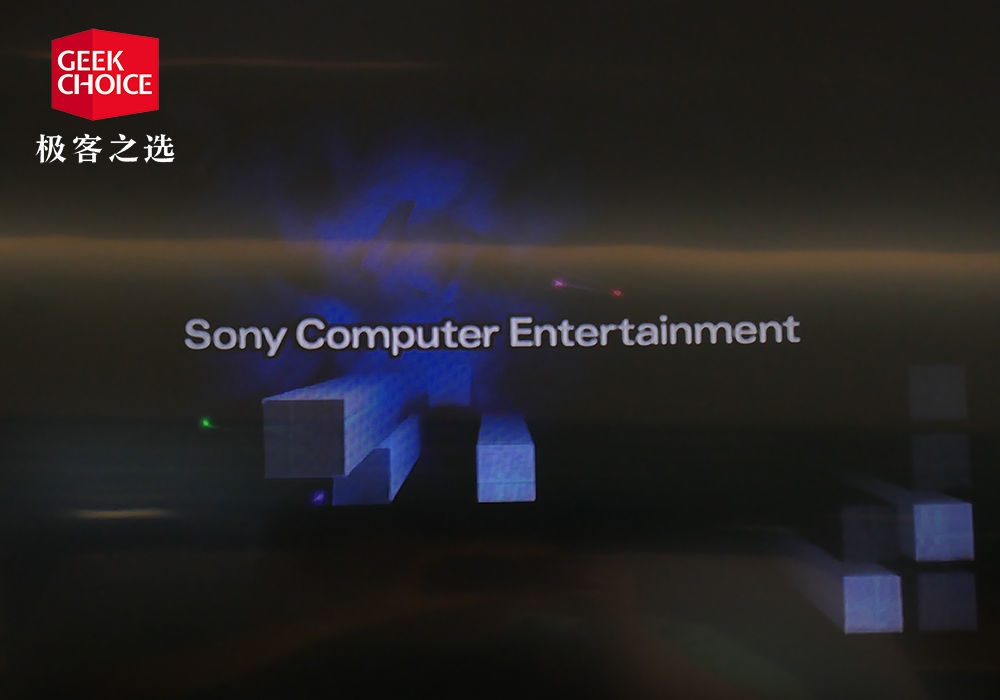