One month later, amd released the driver suite for the 20.7.1 version of the radon software adrenalin 2020 edition. This update focuses on bug fixing, but also introduces some new features.For example, the FPS RTS hybrid game "disintegrated" released last month has received the official support of AMD graphics card. As for what changes or performance improvements players can expect, it is not known at this time. 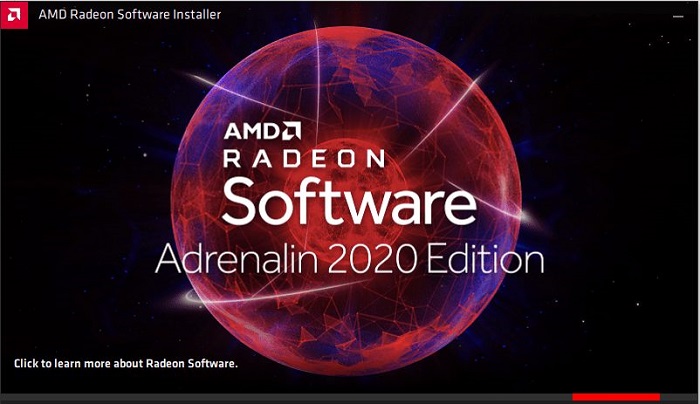 It is worth mentioning that a new driver package is included in the 20.7.1 driver suite for the radon software adrenalin 2020 editionError reporting toolFriends who don't like to pack and install can also go to download alone.

The tool can be used to report graphics card errors for GCN and RDNA architectures, and supports both Windows 7 and Windows 10 platforms. It should be noted that although amd has previously allowed hardware accelerated scheduling of some Navi GPUs in beta drivers, it does not seem to be applicable to this version.

The following are some of the bugs fixed in radon software Adrian 2020 edition 20.7.1（Complete listPlease move to the official website (

● fix the problem that some games may be stuck or frozen when instant replay is enabled on the GPU system of the rad RX 5000 series;

● fix the problem of sometimes displaying error messages instead of streaming previews when switching between tabs of Radeon Software software;

● fix the problem that the custom configuration file may not be loaded or applied correctly after some systems are started;

● fixed the problem that the display resolution may not be stretched to full screen when zoom is enabled in anti terrorist Elite: Global offensive.

Finally, there are still some known problems with version 20.7.1 optional drivers, such as the performance debugging files saved in the old version can not be compatible with version 20.7.1 or later, and the full list is also available on the official website distribution page.

Related news
A thousand years of hard work and strong look at the great development of AMD 50 years
Interpretation of AMD New Architecture with Ten Thousand Words and Long Texts
AMD's Golden Age Comes Again?
Bug appears in Windows Update: install the driver circularly (Figure)
Amd releases driver update for radon 20.7.1 to introduce new error reporting tool
Amd releases the driver of radon 21.6.2: supporting the light pursuit of Destroyer: Eternity
Hot news this week
Titanium Media Publish Assesum: People's Bank: Digital RMB Winter Olympics pilot has entered the sprint phase; Tesla announced that 250,000 Powerwall energy storage power stations have been installed
Capital does not love SAIC, "flying" subsidiary, Jet Hydrogen Technology intends to go to science and technology board
Study on the sequelae of COVID-19 in the Chinese team: Shortness of breath, depression and other problems still existed nearly one year after discharge
Tencent responded to "APP to get ridiculous": Upgrade APP is now downloaded for user rights protection
Great Wall electric car goods wrong board! Little sister rights: female car owners are not stupid money
US media: If it is unable to quickly solve the problem of incomplete behavior in the company, the moving Blizzard CEO will consider resignation
Gree announced the implementation of the double-holiday work system Dong Mingzhu from the media voice netizen God reply
Wechat: It will not be possible to create an account for controlling comments and Revelations related to star artists
Netease Cloud Music will soon be listed on the back of 200 million monthly live users how to make money
The ninth batch of online anchor warning list announced Wu Yifan, Zheng Shuang and other 88 people in column
The most popular news this week
Huawei Watch GT 2/2E Upgrade: Download third-party apps
Miit: China's 5G terminal users reach 450 million! Accounting for more than 80% of the world
Sources say tesla's German plant will start production in December, while Volkswagen's Audi will start production of the Q4
The first batch of invited to become Apple ecological developers, Bunkes launched a variety of Magsafe accessories
Intel ignition level 56 core bubble! AMD can go to sleep
5G Core Standard Essential Patent Competition: Huawei Wins again!
MIUI development version upgrade! 4G was "discriminated against"
Tea Party CEO Tan Jong: Bringing together youth and women to build a new future for Asia
The birth of the Chinese own genetic variability is named "female 娲"
The most dead industry: the Internet can only row the second first thoughts