On July 9, according to foreign media reports, NVIDIA's market value surpassed Intel on Wednesday and became the highest chip company in the United States. The value of NVIDIA CEO Jensen Huang has also increased significantly to nearly $10 billion. This is the first time since the company was founded, NVIDIA has surpassed Intel to become the chip manufacturer with the highest market value in the United States and the third largest semiconductor manufacturer in the world.

There is no shortage of topics to put Intel and NVIDIA together as two happy enemies. NVIDIA the birth of the first, the play of the new calf not afraid of tiger style, direct challenge Intel, after more than a number of voices to choke. During an interview in CNET in 2008, mr. huang even said: 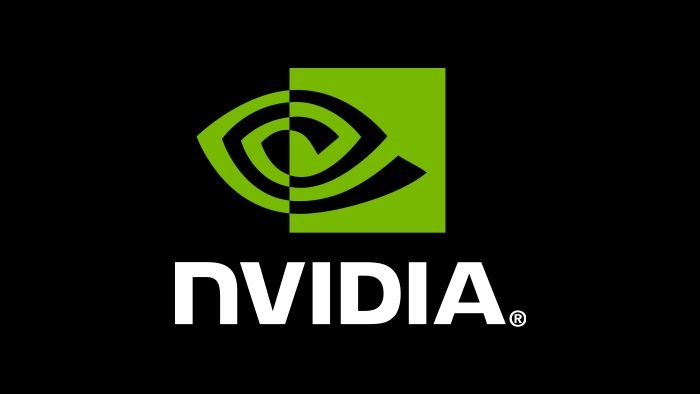 NVIDIA was founded in 1993. There is only one CEO of NVIDIA. He is Huang Renxun. Mr. Huang had a master's degree in engineering in LSI when he was founded.

At the end of 1995, NVIDIA's first product failed due to its poor performance due to too many functions.

In 1996, after three years of exploration, the young NVIDIA turned its focus to the graphics processor. In 1997, NVIDIA launched the fastest GPU in the industry and achieved great success.

In 1999, NVIDIA's revenue exceeded US $150 million and was successfully listed on NASDAQ. In the same year, a new generation of product geforce 256 was launched on Intel Developer Forum, which brought a new revolution to PC 3D graphics, and game manufacturers placed orders one after another. After that, GPU becomes another important computing unit independent of CPU in computer.

Are you familiar with this description? Yes, it was Gordon, one of of the Intel founders, who saw it

Graphics will disappear in two or three years?

Huang Renxun is unshakeable in promoting GPU performance, and does not care that he will offend Intel, a competitor many times larger than himself, and that Huang Renxun will threaten Intel if necessary.

In fact, as far as the GPU field is concerned, NVIDIA can indeed have the capital to be proud of others. At that time, ATI competed with NVIDIA on the GPU, AMD and Intel on the CPU.

In 2006, ATI was acquired by AMD for a huge sum of $5.4 billion, which made amd a chip company with both CPU and GPU research and development capabilities. Although amd ate ATI, it was heavily in debt.

AMD dragged down by debt compete with different strong rivals on the CPU and GPU lines, bringing greater difficulties. NVIDIA lead on the GPU after that should benefit from the merge

As a result, NVIDIA is proud of its GPU products. At the Intel Information Technology Summit in April 2007, Kissinger, then vice president of Intel, announced that Intel was about to launch a Larrabee architecture integrating CPU and GPU, and announced that the graphics card would disappear within two or three years.

In a subsequent interview, he added:

Intel also responded quickly, and the materials they provided showed that NVIDIA driver was the biggest culprit of Vista crash.

To this Huang Renxun replied:

What is the follow-up to this?

At the end of 2009, the Intel announced an indefinite postponement of the graphics processo

See this result, Huang Renxun speech is still sharp, in the face

However, Intel has never given up the GPU market. At the beginning of this year, it was reported that Intel was developing independent GPUs for gamers, professionals and servers, all of which were planned to be released this year or 2021. The official narrative tells the story of Intel's efforts to build mysterious GPUs that inject many desirable features: more advanced nodes, ray tracing, and new packaging technologies.

Intel has hinted at something cool, and we still have hope for the third largest player in graphics. But until the time is right, we can only be cautious and optimistic.

Moore's law is over

During this period, although Huang Renxun still maintained his quick talking style, NVIDIA experienced such situations as AMD's turning over from 2006 to 2012, Intel stopped patent cross sharing and rolled its sleeves into 3D graphics accelerator field. Its stock price once dropped from $37 to $6.

The rise and fall of an enterprise often appears at the node of the times.

NVIDIA has not been depressed for a long time. In 2012, with the breakthrough and development of artificial intelligence and deep neural network technology, NVIDIA, which provides computing infrastructure, finally has the opportunity to turn over the salted fish. Tesla, a large-scale parallel computing chip based on CUDA architecture, is born for the AI era. Huang Renxun's insistence on CUDA began to pay off.

In 2012, NVIDIA cooperated with Google's artificial intelligence team to build the largest artificial neural network at that time. After that, various deep learning teams began to use NVIDIA graphics cards in large quantities. In 2013, NVIDIA and IBM reached a cooperation in building an enterprise data center. In 2017, NVIDIA released Pegasus, a fully unmanned development platform for L5. NVIDIA's share price more than tripled from 2014 to 2018. In 2018, deep learning put NVIDIA in the first place in AI field.

Of course, Huang Renxun was not idle and continued to bombard Intel. In October 2017, NVIDIA set the first stop of GTC conference in Beijing. The theme of Huang Renxun's speech is still AI, but the smell of gunpowder is obviously stronger than before.

Huang Renxun pointed out that Moore's law has ended, and designers can no longer create a CPU architecture that can achieve higher instruction level parallelism. Huang Renxun concluded that NVIDIA's GPU can make up for the shortage of CPU. One server with 8 Tesla V100 GPUs can replace 160 servers with dual CPU or 4 racks.

NVIDIA are beginning to face a $Intel,69 billion takeover Mellanox. Israeli companies in 2019

The merger of NVIDIA and mellanox can enhance its data center and artificial intelligence business, and can compete with Intel. According to the data, mellanox, which accounts for 70% of the market of Infiniband, the computer network communication standard for high-performance computing, is the absolute leader in this field, and Intel can only be subordinate to it.

Until recently, NVIDIA's share price reached a new high and successfully surpassed Intel in the market value. During this period, there were frequent reports. It was pointed out that there were two reasons for the realization of the reverse trend and reverse super trend.

One is the rise of foundry in recent years. Compared with IDM such as Intel, NVIDIA specializes in chip design, while TSMC manufactures chips for it. In recent years, it has become more and more popular. Some data show that since 2000, the performance of fabless is better than that of IDM in most cases. With the perfect cooperation of the two, fabless and foundry's new OEM mode won the contest against the old IDM forces.

The second is the rise of the AI market. As mentioned above, AI technology has flourished in recent years. NVIDIA has become an outstanding player in the AI chip market, and even has opened a big gap with Intel in this field.

Say at the end

Although Huang Renxun often bombards Intel, he doesn't want Intel to leave and prefers to coexist.

Even so, he can not tolerate transcendence in GPU field. He's almost paranoid, but he's like Andrew Intel, a former CEO

Huang Renxun once mentioned that for 10 years, people have been predicting the collapse of our company, but we have not. Intel has been in the graphics business for 10 years, but they have never been successful.

On the day when the market value surpasses Intel, Huang Renxun should be very proud.

Related news
NVIDIA: has no intention of competing with Intel for the CPU market
NVIDIA history: why does Lao Huang crush Intel?
Replace Intel! The secret of NVIDIA data center special processor: one DPU replaces 125 x86 CPUs
NVIDIA's annexation of arm is blocked: Intel, Qualcomm, Tesla and others oppose
Amd FSR image quality technology officially open source: NVIDIA / Intel can use
NVIDIA Huangren Fang talks about AMD, Intel: They have always known our secrets
Hot news this week
Young people can't change their mobile phones one brother pressure in the channel inventory up to 50 million
Chinese mysterious female rich 560 million buy European luxury homes: the full amount of cash is paid at a time
Criminal gang candid courier list takes the money 8 people to be arrested
Do you make feed after Yi Lord? Zhenghong Technology M & A has mystery
The first pop -up shop in the United States opened, Bubble Mart opened the North American expansion plan
The goose factory is finally making a move on the metasverse?
The 560m Chinese woman who bought luxury homes has also been involved in JD.com's investments in Tuniu, Vipshop and Fafa Qi
With this charging treasure that can legal "stealing electricity", I don’t worry about the mobile phone out of power
Son's bet that ARM's listing will boost SoftBank's stock price?
Huawei Hongmeng has become! Many mobile phone manufacturers will follow up with Hongmeng OS technology
The most popular news this week
A large number of QQ numbers stolen official announced the results of the investigation
Tencent said major shareholders will sell their shares for a total profit of about 24.5 billion yuan
Born with a silver spoon in one's mouth, IE finally why can't escape the fate of being eliminated?
The first batch of meizu free battery replacement models are announced: Meizu 15 and other five models are listed
Meizu official celebrate Flyme 10th birthday: More surprises, wait for August
The first batch in the country! "Main Driving Unmanned" Autonomous Driving is approved
IPhone 14 revealed the earliest early August mass production Foxconn a large number of recruitment: on entry to send 5400
700MHz gold band! China Radio and Television wechat mini program launched
China Radio, Film and Television has officially announced that ZTE will be the first group to support commercial 5G broadcasting
Japan's chip industry has a 35,000 talent gap? Tech giants warn