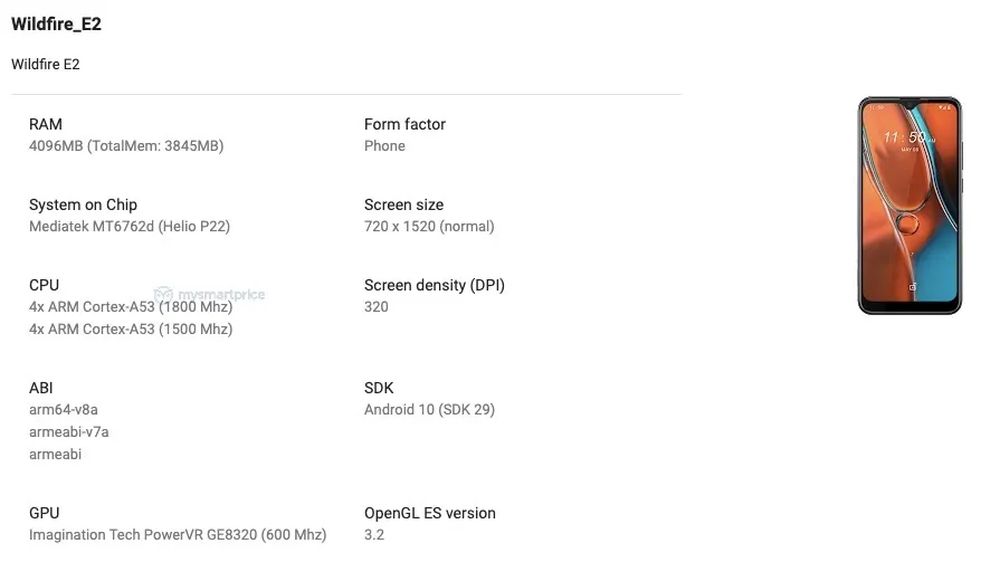 The machine will be equipped with a 720 * 1520 resolution screen, a water drop shaped fringe on the forehead and a thick border on the chin. The right side of the body is the volume increase and decrease button, and the SIM card tray is located on the left side of the body. Considering the entry positioning of HTC Wildfire E2, we can expect that it will be equipped with a physical post fingerprint scanner and a 3.5mm headphone jack at the bottom.

According to the information, wildfire was originally an HTC entry-level series, and was cancelled since 2012 due to strategic adjustment.