Is SMIC capable of supporting Huawei's "core" on the first day of listing?

"You see, there are so many workers and so many equipment. It's very hot! The state attaches great importance to the chip industry, and the efficiency of SMIC in the South will be better and better! " In May this year, an equipment manufacturer looked at the SMIC International South phase II production line under construction, and his tone showed excitement. What is hot is not only the New South Factory of SMIC, but also the performance of SMIC international in the capital market. 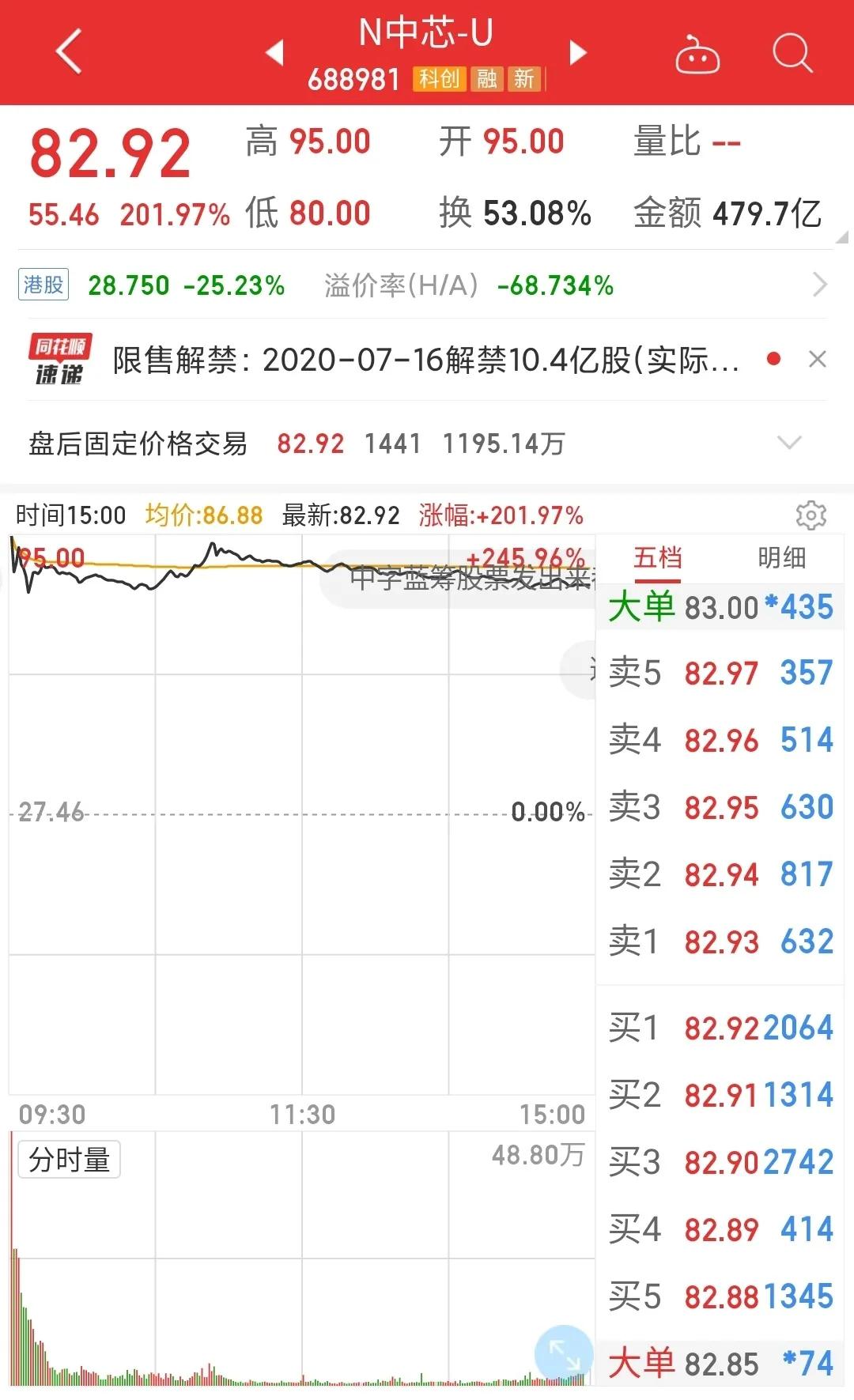 According to SMIC issue price 27.46 yuan / share calculation, the net amount raised before the exercise of the overallocation option is 45.652 billion yuan; if the overallocation option is fully exercised, the net amount raised is 52.503 billion yuan. For the last time, the IPO was in 2010, when the Agricultural Bank of China raised 68.5 billion yuan. The size could rank fifth among A shares IPO historical financing, after china construction bank and before chinese construction.

After landing Kechuang board, SMIC will also become the first Kechuang board "A H" red chip business title, it is significant. According to Lu Suqi, a professor at Peking University School of Economics, lowering the threshold for red-chip enterprises to return to A listing is conducive to guiding the capital market to help high-tech enterprises finance, and from the institutional arrangement, it also better reflects the guidance of expanding the financing channels of enterprises.

After 20 years of breaking the waves, the King returns

According to SMIC's prospectus, SMIC is one of the world's leading manufacturers of integrated circuit wafers. SMIC mainly provides customers with a variety of technology nodes from 0.35 μ m to 14 nm, and various process platforms, as well as supporting services. 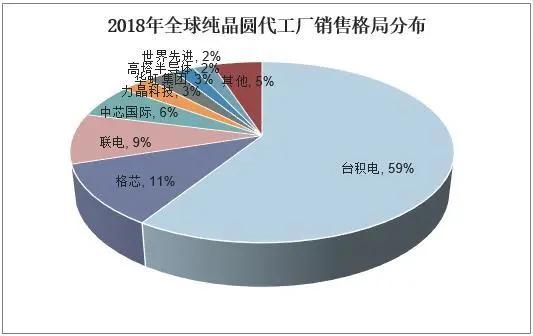 Over the past 20 years, SMIC, which has emerged from a paddy field in Zhangjiang, Shanghai, has grown into an aircraft carrier in today's domestic chip field. 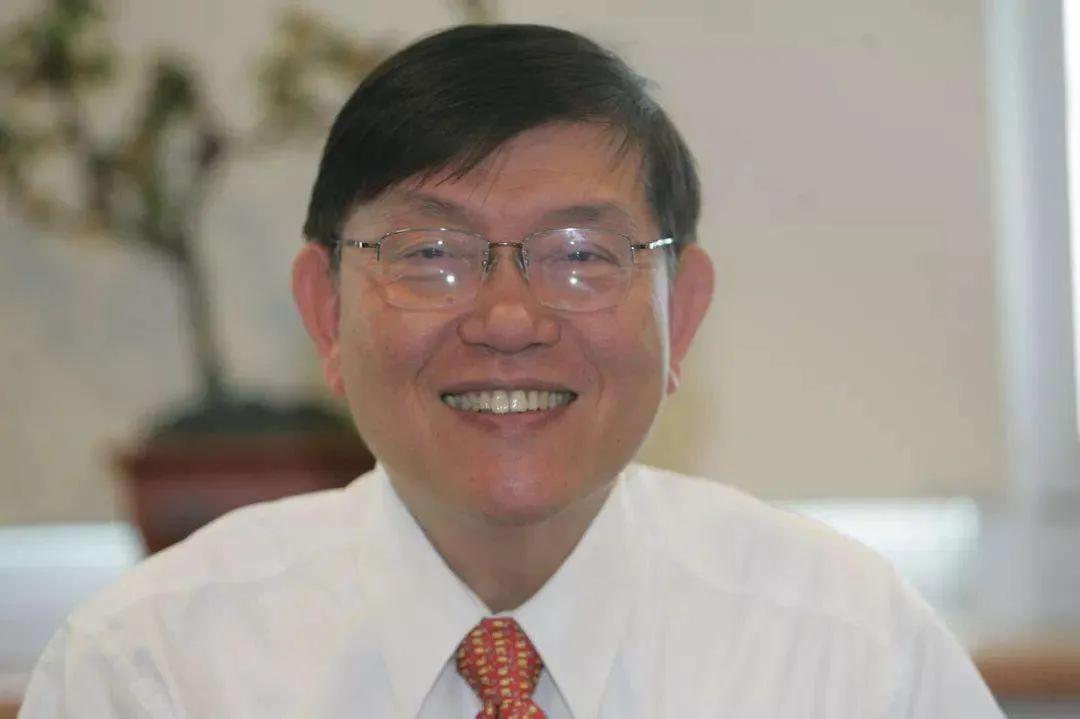 In 1977, Zhang Rujing joined Texas Instruments as an engineer. During this period, he also participated in a number of semiconductor plant building projects in the United States, Japan, Singapore and other countries, known as the "factory builder"; in 1997, Zhang Rujing applied for early retirement from Texas Instruments and founded the third wafer foundry in Taiwan, which was soon acquired by TSMC.

In 2000, with the enthusiasm and determination to build a factory in the mainland, Zhang Rujing, 52, went north to start his own business again and founded SMIC international in Shanghai. With the reputation and authority established in the industry, Zhang Rujing quickly gathered talents and funds, and many institutions such as Goldman Sachs, Walden, hending and Xiangfeng chose to invest in SMIC.

With the rapid development of SMIC, it took only 13 months from the first pile to the factory. In the early days of its establishment, SMIC seized the low tide of the semiconductor industry after the collapse of the Internet and bought a large number of low-cost second-hand equipment. In 2003, SMIC became the fourth largest chip foundry in the world, with the same production process as TSMC.

In 2004, SMIC went public in the United States and Hong Kong, China, where factories in Beijing, Shanghai and Tianjin expanded and expanded capacity. However, good momentum in the dispute with tsmc, tsmc in front of litigation, tsmc has twice in the united states to sue msmc for infringement of patents and theft of trade secrets. The lawsuit was not settled until 2009, and Zhang left for personal reasons.

After TSMC was unable to produce chips for Huawei, SMIC was expected by the domestic industry not only as a "spare tire", but also as a "shoulder" to rely on.

These enterprises are all semiconductor industry chain enterprises, covering many fields, such as silicon wafer, semiconductor equipment, IC design, semiconductor materials and so on. They are the leading listed or quasi listed companies in their respective subdivisions.

Through this listing, SMIC has gathered an industrial chain that runs through the upstream and downstream leaders of design, manufacture, sealing, equipment and materials; the deep binding with these enterprises can not only provide SMIC with the funds needed, but also provide the guarantee for its business development, which is conducive to fully mobilizing industrial resources to promote its business development

Advance to 7 nm and below

Lithography is one of the most important parts in many Wafer Foundry Equipments. It is generally believed that EUV lithography must be used to realize the process below 7Nm.

SMIC CEO Liang Mengsong has revealed that in the current environment, N 1、N 2 generation process will not use EUV process, until the equipment is ready, after the N 2 process will turn to the lithography process. During the July 6 roadshow, SMIC Chairman Zhou Zixue also reiterated that the company's current mass production and mainly in research projects do not need EUV lithography machine. 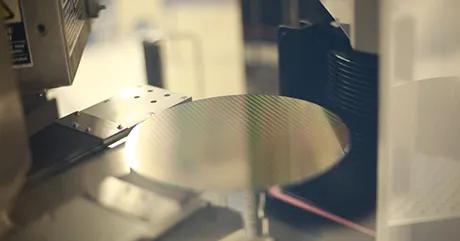 SMIC is expected to accelerate the technology iteration and gradually reach the world-class IC manufacturing level. According to the prospectus, SMIC plans to invest the net amount of the actual raised funds after deducting the issuance expenses into three projects: SN1 project of 12 inch chip; reserve fund of advanced and mature technology R & D project; and supplement of working capital.

A 12-inch chip SN1 project will raise $8 billion. According to the introduction, the carrier of the project is SMIC South, and the technological level is 14 nm and below. The project, with a planned monthly capacity of 35,000 units, has now been built at 6000 units, raising funds mainly to meet some of the capital for expanding the production line to 35,000 units.

Related news
The new HUAWEI MateBook E is coming with the support of Luan 850 platform.
HUAWEI M-Pencil magnetic absorption keyboard HuaweiMatePad 10.8 experience
Huawei to launch Huawei card digital credit card
Disassembly report: Huawei WiFi 3
Hot news this week
Female graduate students leave school to give birth to the hot debate is hype? The husband has set up a webcast company
How much is 4G than 5G! Huawei Mate50 network speed detailed measurement 6799 yuan to buy explosion money?
It's hard to find a machine! Huawei Mate50's first sales: oxen can not buy the price of 10,000 yuan to grab the price
Huawei City's proportion is the first! Survey: Northerners love to use folding screens more than southerners
Our global car he is a special car for China! Saic Volkswagen and FAW-Volkswagen are fighting each other
Chongqing Xiaomi Consumer Finance Co LTD has been fined 500,000 yuan for misappropriating consumer loan funds
Are they really aliens? The US Navy confirms there are multiple UFO videos: but they cannot be made public
The second phase of the main structure of Xiaomi intelligent factory is completed to see the delivery at the end of next year
In order to change the iPhone 14: Women's net red sells old phones and comes with a large number of private photos
"Sheep a sheep" fire, is expected to attract hundreds of millions of financing? But it doesn't have a license...
The most popular news this week
Is Boeing envy? China Holy Purchase 332 Air Passenger Aircraft and China assembly 600th delivery
115 Web disk V30 version released: LOGO big change one -click backup WeChat content
Foxconn dismantles production line! The worst iPhone 14 sales ever: Apple failed
China's first pure electric convertible! Wuling Hongguang MINI EV Convertible Edition Listing: 99,900 yuan
Samsung applying for a dual -screen camera patent to support face recognition
There's a tidal wave of lying down, and ceos of big American companies are worried, saying, "Never seen anything like this."
Tesla sales response "disguised price reduction of 8000 yuan" : for the end of the quarter impulse, temporary activities
Apple iPhone 14 standard version is not good for sales, Lixun precision may face the risk of ordering orders
Billions of euros in investment, Intel Italy chip factory will be located in the Veneto region, sources said
China Mobile to develop 5G Tidal Smart Antenna: Where the crowd