However, the specifications of the corresponding models of Ruilong 3, Ruilong 5 and Ruilong 7 are completely the same, except that the number of the commercial version is larger and more advanced. For example, the parameters of the Ruilong 7 4700g / 4750g are the same. Of course, the latter supports Pro security and management technology and has a longer life cycle. 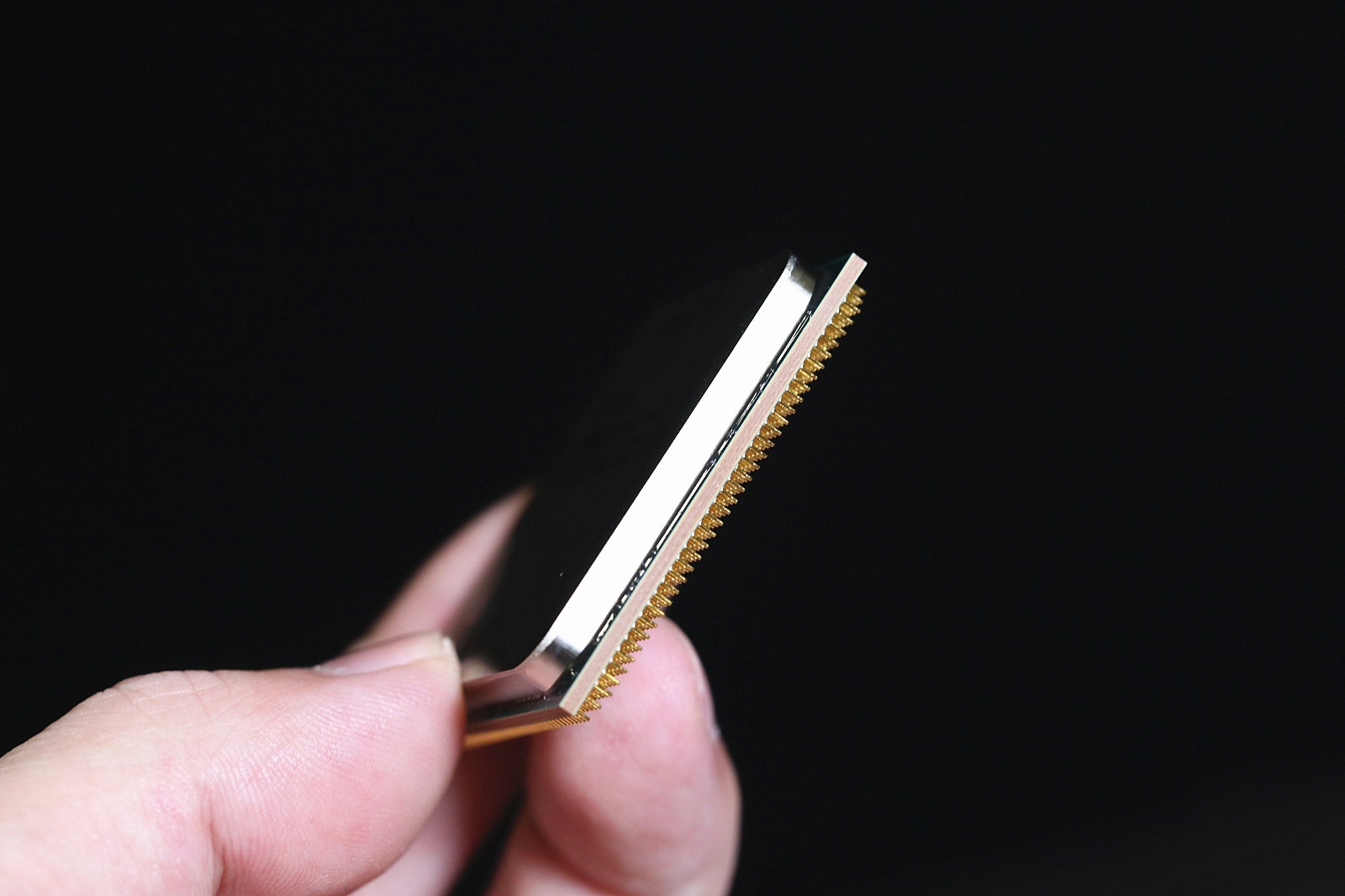 The Ruilong 7 4700g / 4750g has appeared many times before. Now, a full series of Ruilong Pro 4000g appears in geekbench 5. The specifications and parameters are fully confirmed, and the running points are also available. They are all equipped with ASUS b550m-a motherboard and 32GB ddr4-3200 memory. 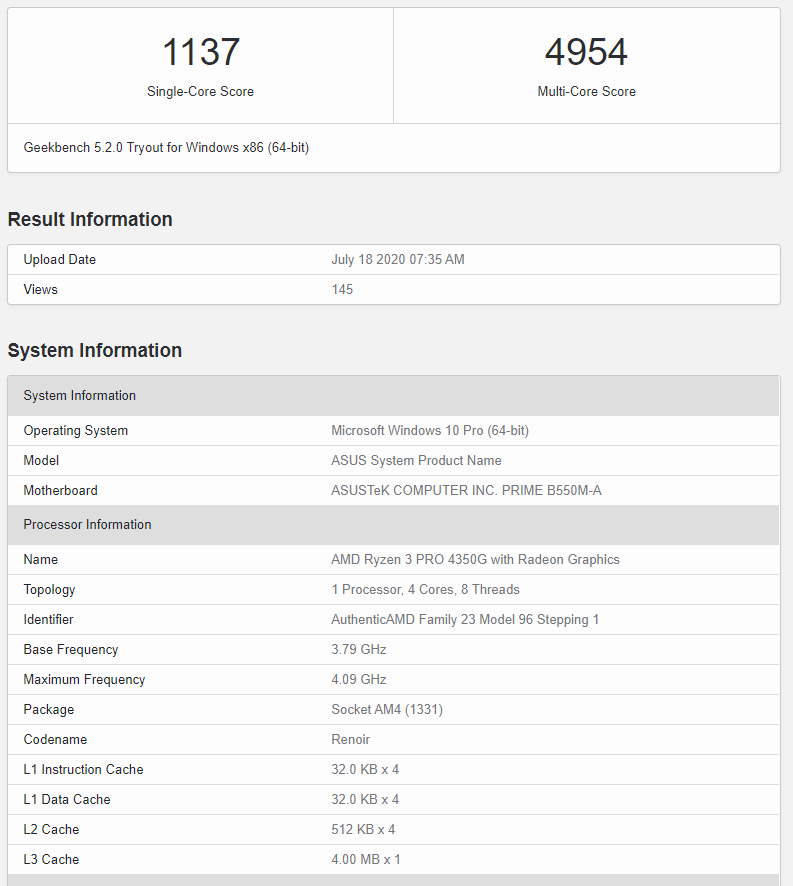 The running points of single core 1184 and multi core 6994 are about 100 points and 500 points lower than that of the Ruilong 53600x, and the actual performance should be similar. 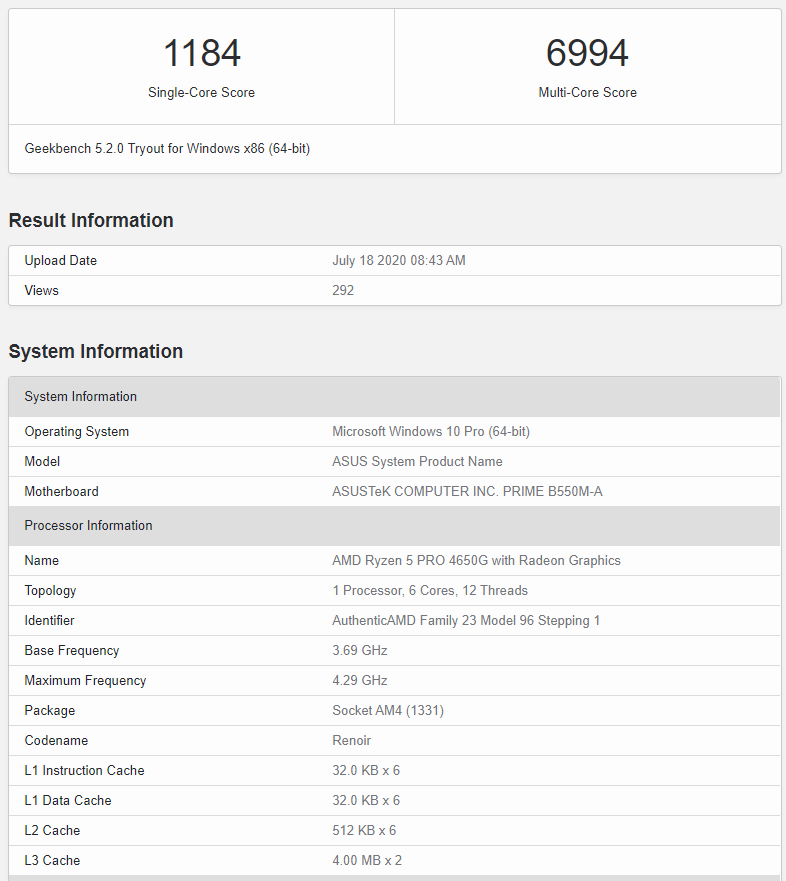 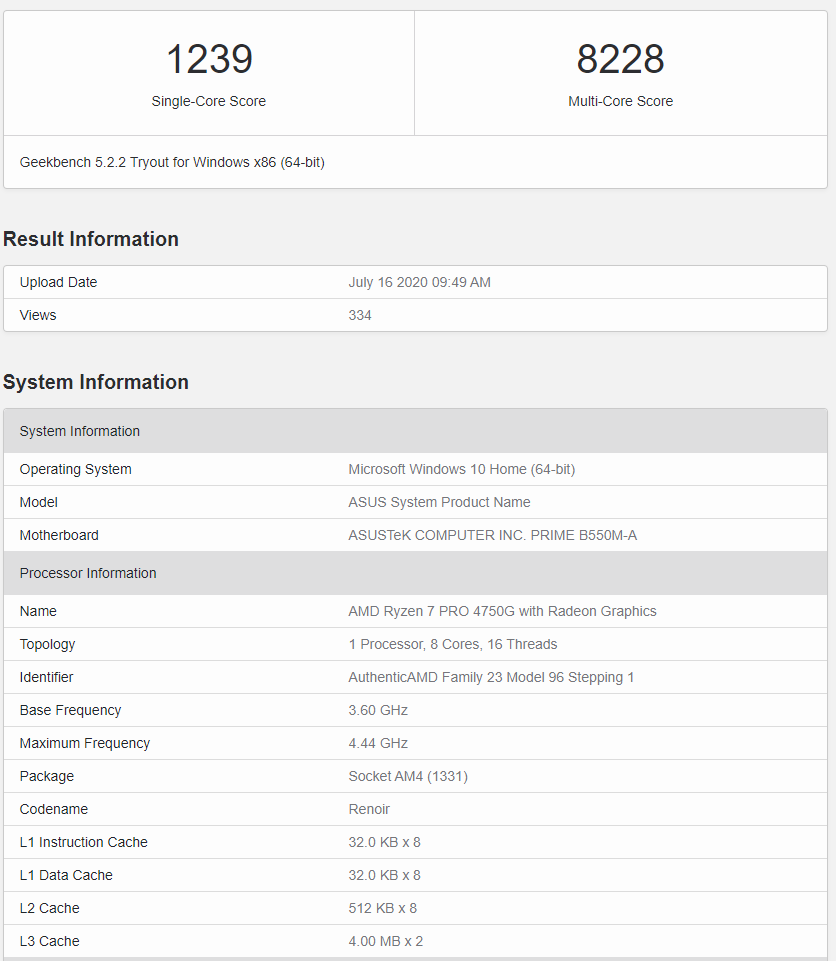