In terms of basic hardware specifications and parameters, the models corresponding to non pro version and pro version are completely consistent, but the latter supports amd Pro Series commercial technology, which is better in security, manageability and business reliability, and is more suitable for enterprise environment with higher requirements on working environment. Before introducing the detailed models and specifications, let's talk about some changes in AMD's product positioning and marketing strategy.

This time, AMD's strategy is to launch the Ruilong Pro Series and supply it to Si (system integrator). With various advantages of the products, the Ruilong Pro Series can make Si create a rich range of high-performance, energy-efficient models, and fully meet the needs of the consumer and commercial markets.

In other words, AMD is not satisfied with the advantages and achievements of the DIY market, but has a higher, deeper and farther pursuit, to open up a new world in the field of the whole machine.

The so-called Si (system integrator) is simply a brand manufacturer that can flexibly set up various PC systems according to the needs of the market and users.

Compared with OEM traditional manufacturers, they can be said to be extremely close to the market, the demand for the market is very keen, very close to customers, and not only can meet DIY users, but also has been widely infiltrated into the business, industrial control, finance and other professional fields, is a new force that can control the market pattern.

In the domestic market, a lot of Si are active. Climbing, Ningmei, yulongzhe, minglongtang, Wuji, Jingtian and so on are typical brands that are more partial to DIY consumers. Their products are very suitable for those users who are not satisfied with the inflexibility of OEM machines and the lack of user friendliness in DIY storage. They have found out users' psychology and pursuit in terms of appearance design, configuration and price. Therefore, they have been very popular in recent years, and the "ambition" of AMD to focus on this is obvious.

Ruilong 4000g and Speedo 3000g series have 9 different models, from high-end to entry-level, includingThe top end is the Ruilong 7 4700g, 8 cores and 16 threads, the main frequency is 3.6-4.4ghz, the second level cache is 4MB, the third level cache is 8MB, the integrated Vega 8 GPU, 512 stream processors, the frequency reaches 2.1GHz, the memory supports dual channel ddr4-3200, and the overall thermal design power consumption is only 65W.

Ruilong 7 4700ge, Ruilong 5 4600ge, Ruilong 3 4300geIt is the corresponding energy-saving version. The thermal design power consumption is only 35W, and the specification sacrifice is very small. The CPU reference frequency is only reduced by 300-500mhz, the maximum acceleration frequency is reduced by 100MHz or unchanged, and the GPU frequency is completely unchanged!

Speed dragon gold medal 3150geWhen the frequency is reduced to 3.8ghz, the others remain unchanged, and the thermal design power consumption is only 35W.

Dragon Silver 3050 GEIt is also a 35W low-power version, with 2 cores and 4 threads, the main frequency is 3.4GHz, the second level cache is 2MB, and the third level cache is 3MB.

From the specification point of view, the speedo 3000g series can easily crush the Pentium gold medal and Celeron series, the latter has only 2 cores and 4 threads at the highest, and the main frequency is not more than 3.9ghz, and the UHD core display is even weaker than it is worth mentioning. 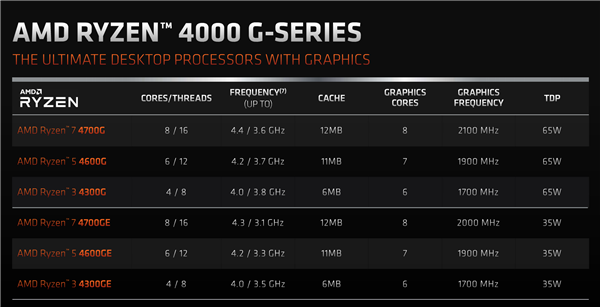 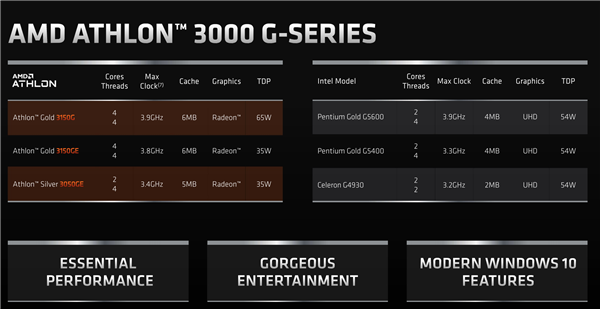 It is worth mentioning that,This is also the first time in the history of AMD APU processor to break through 4 cores and 8 threads, and come to 8 cores and 16 threads at one stroke. Of course, this specification is only the mainstream level now. After all, the sharp dragon CPU has achieved 16 cores and 32 threads. 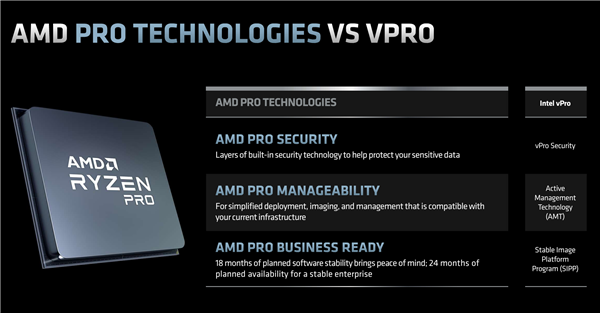 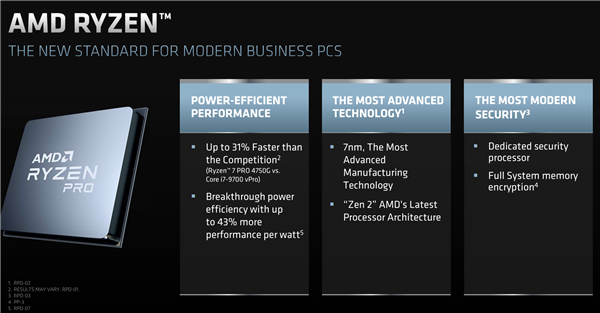 In terms of competing products, Ruilong 7 / 5 / 3 4000g series competed with the 9th generation and 10th generation Core i7 / i5 / I3 series respectively. They are no inferior in terms of core quantity, main frequency, cache capacity, GPU level and thermal design power consumption. This is the fundamental reason why it can win the favor of Si and OEM, and the initial orders are directly robbed. 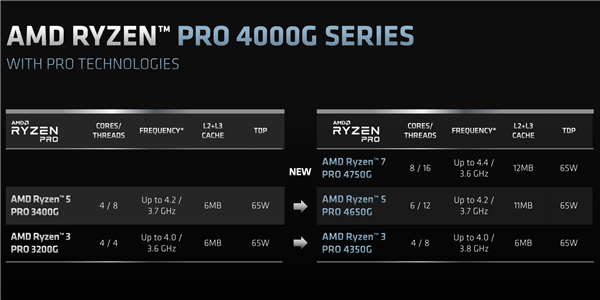 The AMD Ruilong Pro 4000 and speedlon Pro 3000g series processor will be launched on July 21, 2020, and the corresponding complete machine products will be launched by system integrators, and OEM related models will also be on the market this autumn. 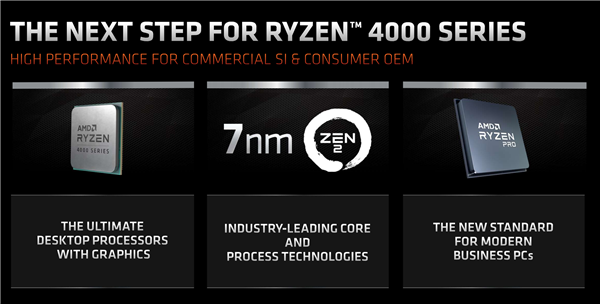 Finally, the performance comparison of AMD official is attached for reference. Please enjoy the actual performanceFast technology's only first launch in Greater China—— 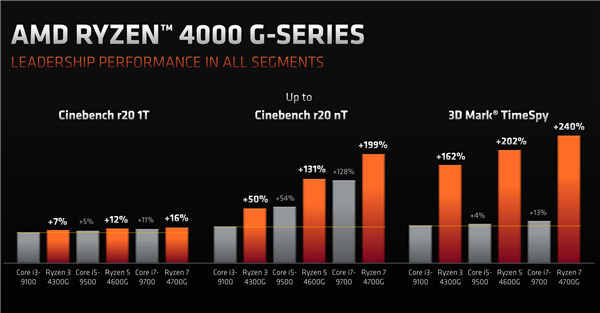 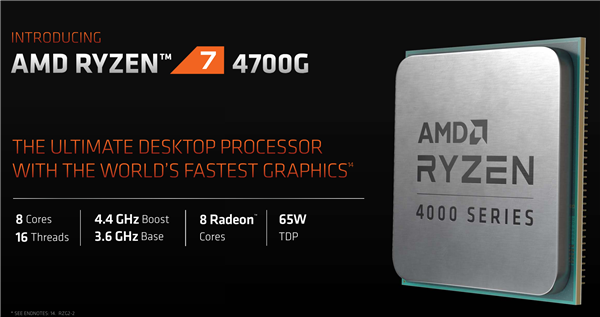 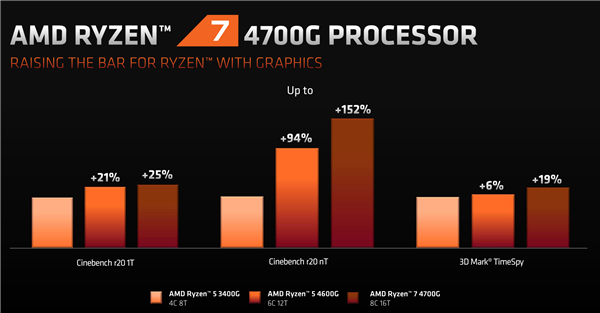 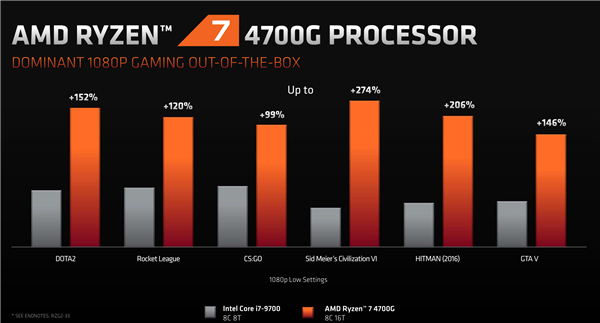 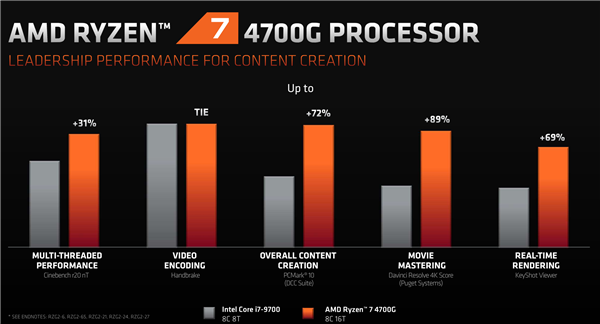 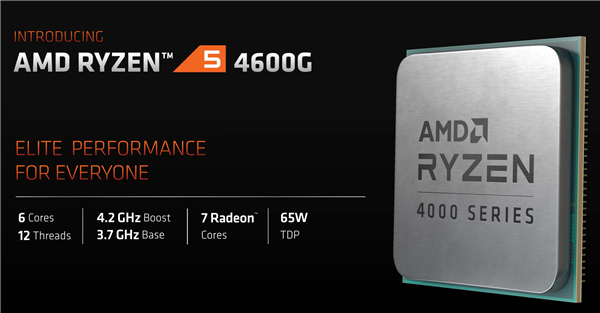 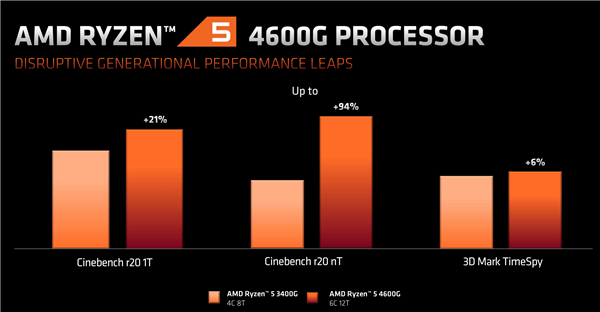 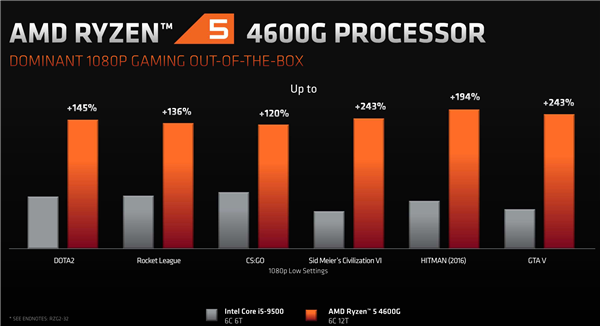 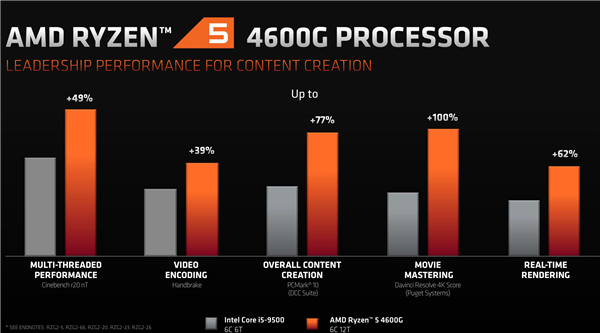 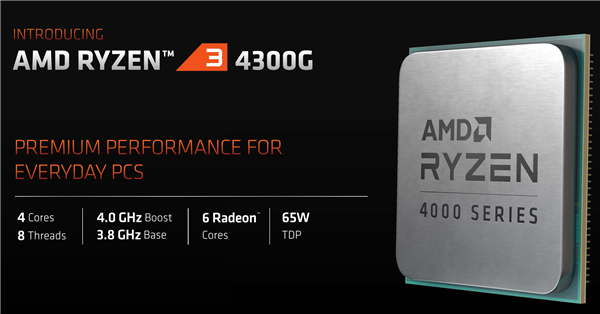 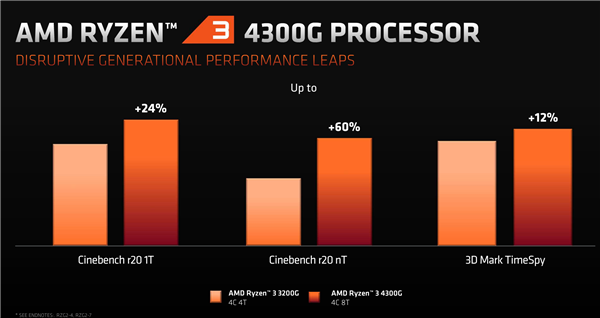 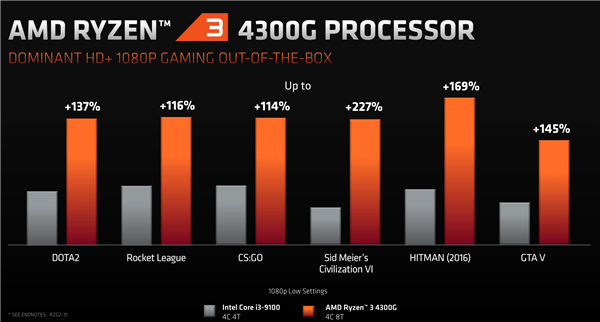 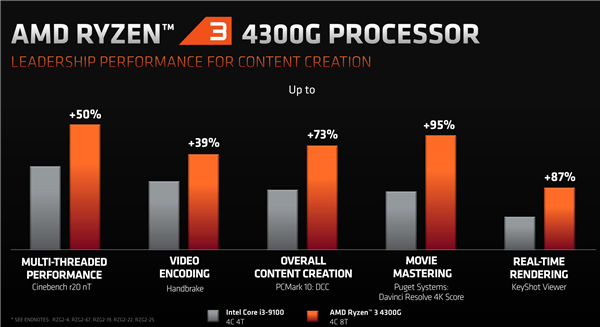 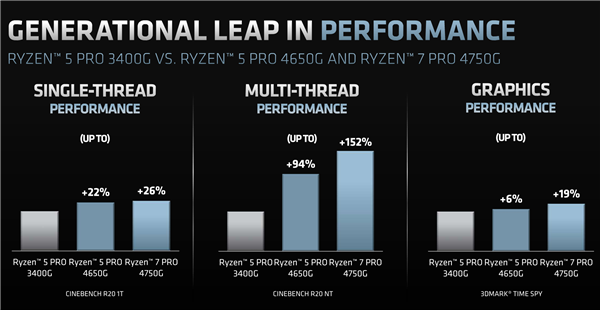 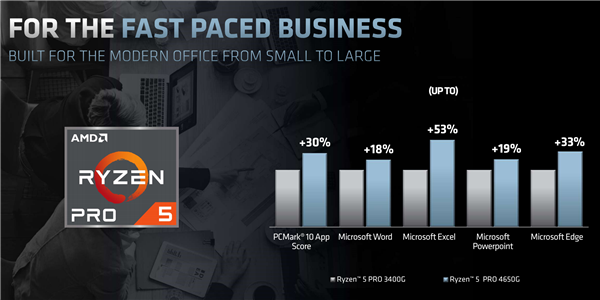 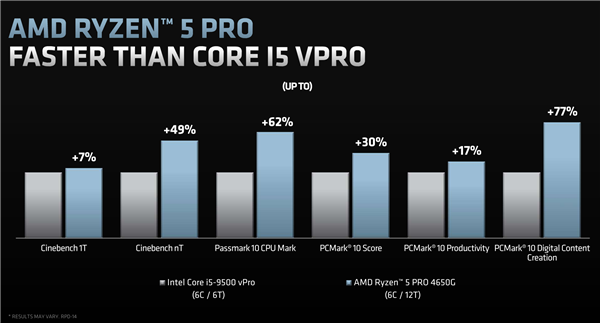 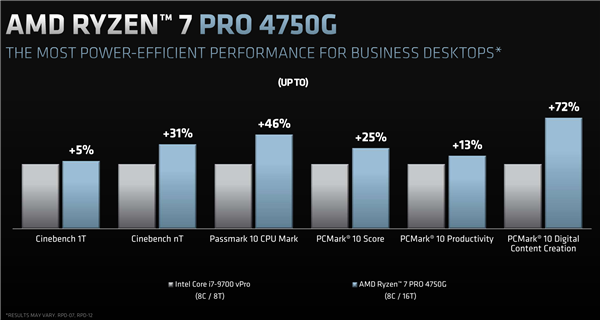 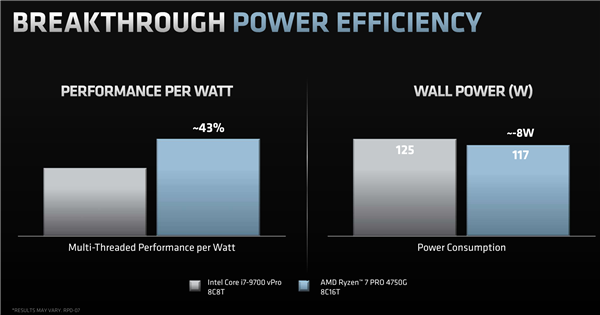