According to foreign media reports, on Tuesday, U.S. President Donald Trump issued a baseless statement on the Facebook, saying the mail vote could trigger a "corrupt election ", which was then labeled by the social networking site. but the label did not try to verify the truth and falsehood of the post. Instead, it guides users to a government website to learn more about how to vote. 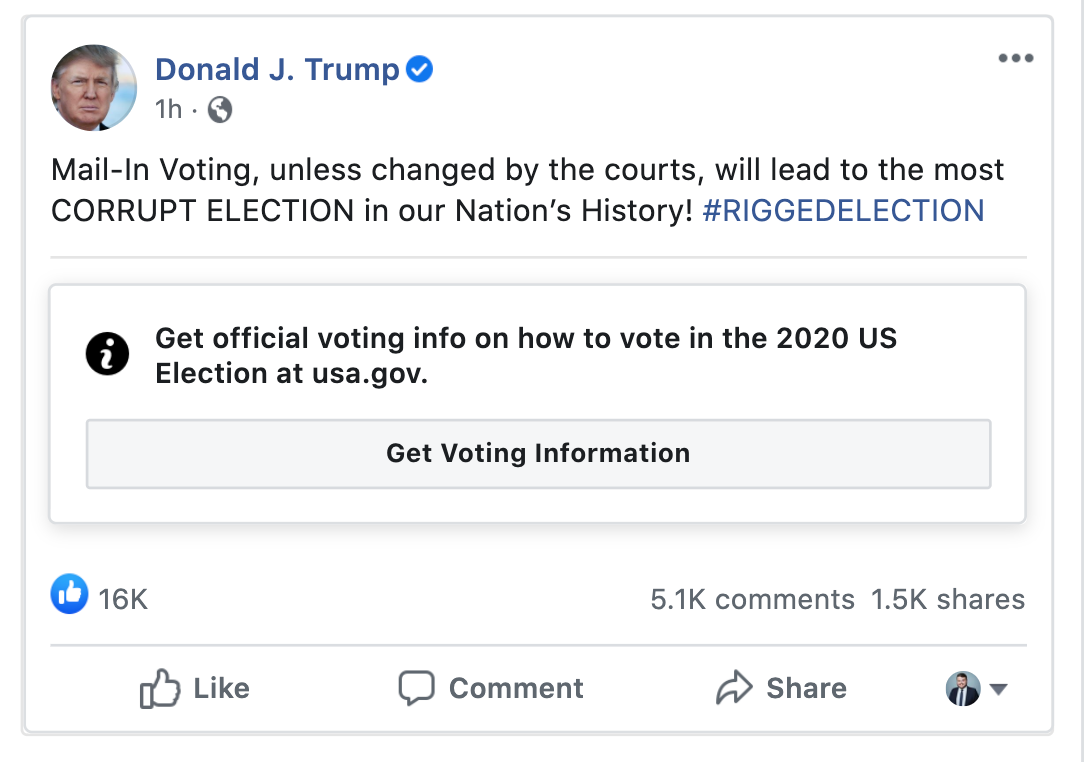 The response is part of Facebook new policy, announced last month by CEO Mark Zuckerberg, to label posts about the November election. Facebook have posted the same label under a series of posts by Trump and Democratic presidential candidate Joe Biden (Joe Biden) in recent days.

The new approach has been criticized by some industry observers, who worry that labels can be confusing and may even be seen as tacit approval of the president's controversial posts.

"This warning doesn't seem to work - it might even make Facebook seem to support Trump's words and provide access to more information," Rick Hasen, a professor of law and political science at the University of California, Irvine, wrote on twitter 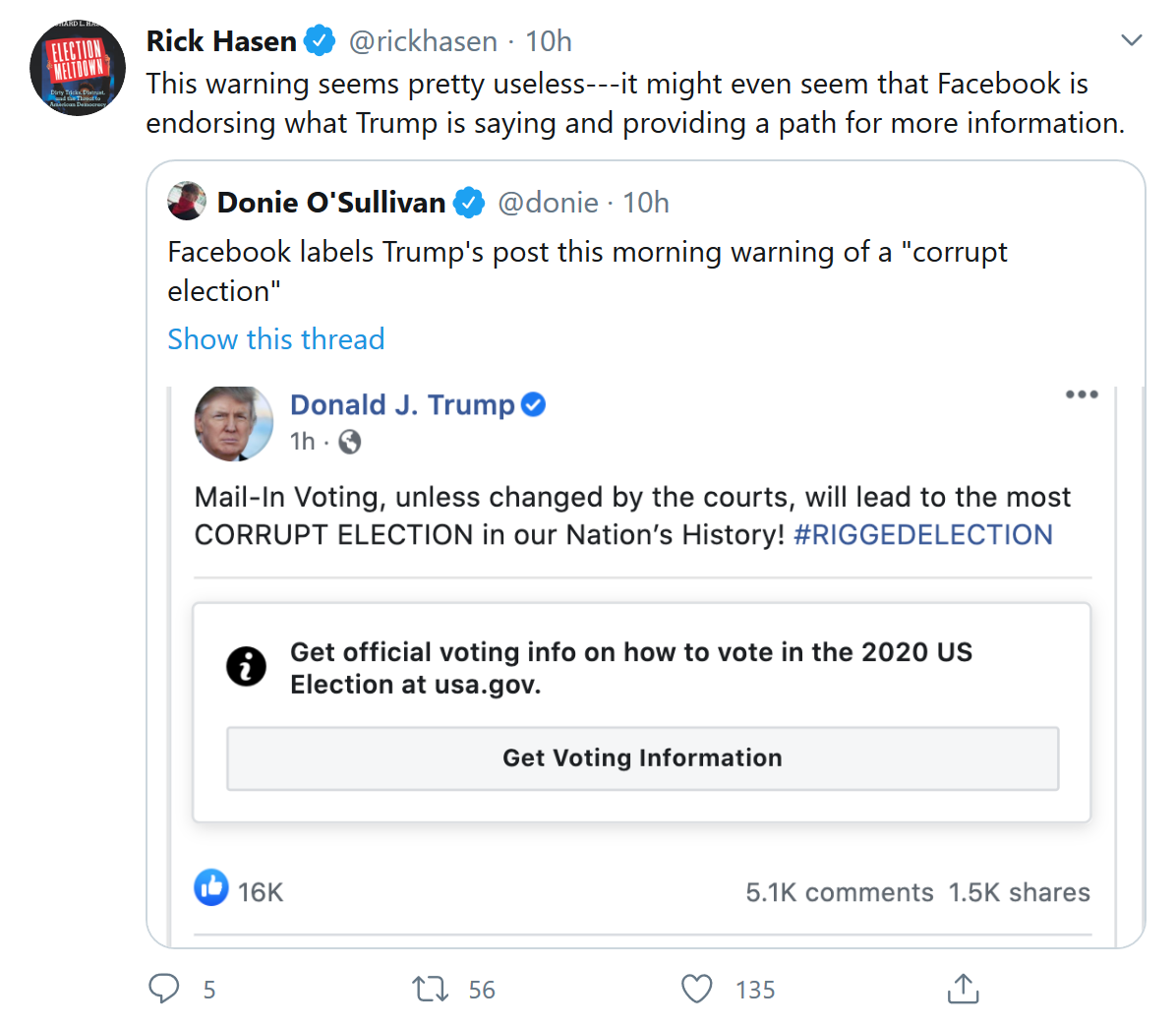 According to Facebook spokesman Andy stone, the tagging feature has been launched in the past few days. Earlier, employees and civil rights leaders have criticized Facebook for not acting on Trump's earlier inflammatory posts.

Zuckerberg said last month that Facebook was focused on new forms of repression from potential voters, but pointed out that it was difficult to identify such repression on a large scale. He said the company would add links to voting information on posts discussing the election, including those from politicians. "It's not about judging whether the post itself is accurate, but we want people to have authoritative information anyway," he said

It is understood that Trump's post on Tuesday was considered wrong. Because there are safeguards to protect the integrity of postal ballots, there is no widespread fraud in American elections. During the pandemic, democratic and Republican officials across the United States have expanded the scope of postal voting. Experts predict that the mail vote will reach a record level in November this year.