Ant official announced IPO, valuation is equivalent to the sum of pinduoduo and Jingdong's market value 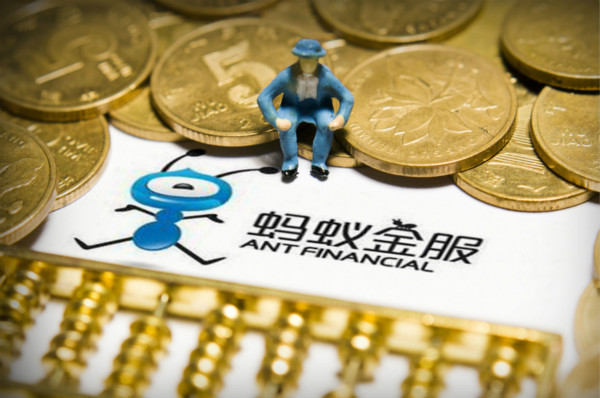 The author is Liu Shanshan and the editor is Zhu Zhu

Since the beginning of this year, there are many rumors that ant group will IPO this year. The official announcement finally confirmed the previous rumors. The whole capital circle and the technology circle instantly swiped the screen, guessing how the arrival of ants, the world's largest unicorn, would set the largest IPO record of a shares.

In addition, according to Alibaba's annual report, Alibaba holds a 33% stake in ant group. At present, Ma Yun holds 8.8% of the ant group, and still has more than 50% of the voting rights of the ant group.If calculated according to the valuation, the market value of Ma Yun's ant financial services is 17.4 billion US dollars. Of course, once the ant group is listed and sought after by the capital market, Ma Yun's personal wealth will naturally rise and become the richest person in China.

At present the ant side does not announce the specific listing time. Response from Ant Group

Over the past four or five years, there have been a lot of news about when ant financial will be on the market. However, the ant group official to the outside world when talking about listing, attitude is quite cautious.

In 2014, ant financial service was officially established. In the second year, it completed a round of financing with a valuation of US $30 billion, becoming the unlisted Internet company with the highest valuation in China and even in the world.

As early as January 2015, according to a source quoted by the news agency, ant finance planned to IPO in 2016. Later, it turned out to be false news.

At the end of April 2016, ant financial services, which has been established for three years, completed the round B financing of US $4.5 billion, and won the largest single private financing title in the global Internet industry, with an estimated value of $60 billion.

When Malaysia attended the launching ceremony of the world e-commerce platform project, Ma Yun had to respond: ant financial has no plan to go public in the short term, and has not considered where it will be listed. As for listing, it will be considered in two years.

In June 2018, ant financial announced the completion of a new round of $14 billion of financing, adding a number of investors, once again breaking the world's largest single private financing record. The valuation is as high as $150 billion, second only to Alibaba and Tencent.

Capital increase, director re-election, clear equity relationship with ALI, and senior personnel adjustment are all reasonable. However, insiders still believe that this may be preparing for listing and removing obstacles.

In May, Ant Financial Services Group changed its name to

While changing its name to a technology company, Ant Group also made a layout in technology

As a matter of fact IPO, Ant Group is not strategic in the industry for the sake of success

02Ma Yun left a wonderful hand in those years

In recent years, in addition to guessing when it will go public, another topic of interest to ant financial services is: what is its relationship with Alibaba?

From the perspective of equity penetration, Ma Yun's ultimate beneficial shares are about 1.22%, and the current chairman of ant group, Jing Xiandong, is 2.8008%. Peng Lei, the former CEO, has the most beneficial shares, accounting for 9.8894%.

But before last September, Ant Financial Services Group and Alibaba, though viewed by the outside world

As we all know, Ant Financial Services Group started in 2004 set up Alipay. At that time 100% by foreign capital holding, by Ali actual control, since the birth of all the way, rapid growth. The potential value of Alipay to Ali has also been confirmed in the development of e-commerce business

It can be said that Alipay has laid the leading position of ant gold suit in China's Internet financial technology field. However, as the regulatory authorities pay more and more attention to the third party payment, and YAHOO acts as an investor to intervene in the Alibaba's daily operation across the border, foreign identity has become an obstacle to Alipay's development.

In order to obtain the third party payment license of the regulatory authorities smoothly, Ma Yun proposes to divestiture Alipay. But foreign shareholders Softbank and Yahoo did not agree. In the end, Ma Yun decided to push forward alone, and the equity transfer was carried out in two stages. In 2009, Alipay shares made the first transfer, Alipay shareholders transferred 70% of the shares to Alibaba in Zhejiang, priced at 166 million yuan. At that time, Ma Yun and Xie Shihuang, one of the founders of Ali, contributed 568.8 million yuan and 142 million yuan respectively, accounting for 80% and 20% of the shares.

In June 2010, the administrative measures for payment services of non-financial institutions were promulgated. In August of the same year, the two sides made a second transfer. When Zhejiang Alibaba invested 165 million yuan, it would pay the remaining 30% of the equity income, with a total cost of 330 million yuan.

In 2014, Alibaba reorganized the relationship between the ant suit and Alipay, and confirmed the purchase agreement on equity and assets. Alipay paid the intellectual property and technical service fee to Alibaba group annually, the total amount was 49.99% of pre tax profit, and when Alipay IPO paid 37.5% of its total market value to Alibaba group once.

So, is ant worth $20 million? After all, according to this valuation, it is not only equal to the total market value of pinduoduo and Jingdong, but also will surpass meituan and become the third largest technology company after Alibaba and Tencent.

According to Alibaba's financial report, ant's pre tax profits from 2015 to 2019 are 4.254 billion yuan, 2.906 billion yuan, 13.190 billion yuan and 12.26 billion yuan respectively. In terms of profits, it has been maintaining a considerable growth trend.

As Alibaba's superstar company, it does n' t want to be, according to information

Through the three major business segments, such as payment, digital finance and technology, it has opened up the profit model from customer draining to commercial realisation. The valuation has reached $150 billion a year ago, the user scale of Alipay has exceeded 1 billion, the ant forest has 500 million users, and the number of users of the balance treasure is 600 million.

Analysis of the development of ant group, we can clearly see three different stages: in 2004 to 2010, through the subversive era of products

In 2017, Ant Group took the most critical step once again, with the scale of its payment-finance business: technology development and technology output. That is, focusing 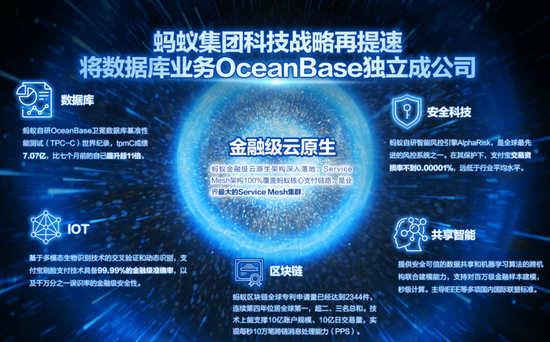 Behind the change of strategic path is the continuous optimization and change of ant group income structure. At present, the main revenue of Ant Group is payment connection, technical service and financial service.

Although Ant Group has subverted financial services, such as Alipay's cashless society, Yu' e Bao's defeat of money market funds funds, and the change in consumer credit patterns, it is clear that Ant Group's future is not in payment and finance, but in technology business

It is understood that in terms of staff composition, the technical personnel of ant group currently account for more than 63%. In the field of blockchain, ant group's patent number continues to lead in the world.

As a matter of fact, the ant group was able to develop on such a scale that technology did play a key role in it, whether it was a digital life service, including local life, urban services, etc., or a technology product and service dominated by ToB, which was the most distinctive feature of its distinction from traditional financial institutions

Also of concern is globalization. With the development of Ant Financial Services Group's business, it has gradually formed inside

It can be said that the above performance and huge development space in the future make ant group have a valuation of 200 billion US dollars.

It can be predicted that Ant Group in Kechuangbanna and the Hong Kong Stock Exchange listed simultaneously, will be the two major exchanges the most grand welcome

For A-share investors, the listing of ant group also means that they have the opportunity to participate in the investment of head Internet technology companies. After all, there has never been a real Internet giant or a large Unicorn company in the A-share market before.