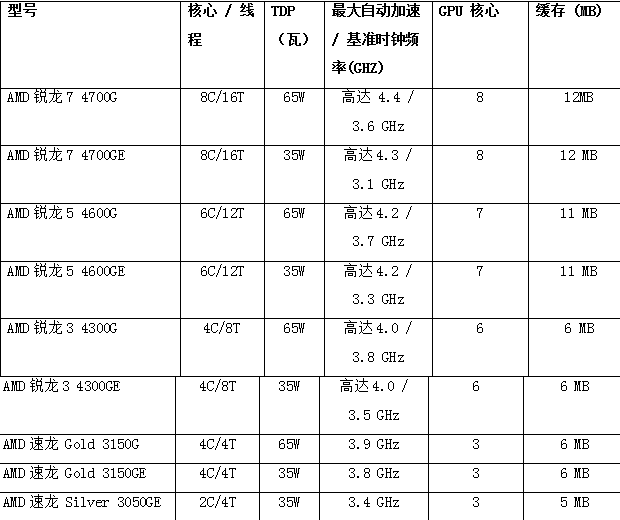 The new amd sharp dragon Pro 4000 series and Speedo Pro 3000 series desktop processors are specially designed for modern business environment, providing a new standard for modern commercial PC. They have advanced performance and modern security function, and provide multi-layer protection to adapt to the fast-paced and remote business environment. With the security functions of AMD memory guard and AMD secure processor and seamless manageability, the enterprise system based on AMD can ensure the simple management of enterprise scale and provide reliable security. 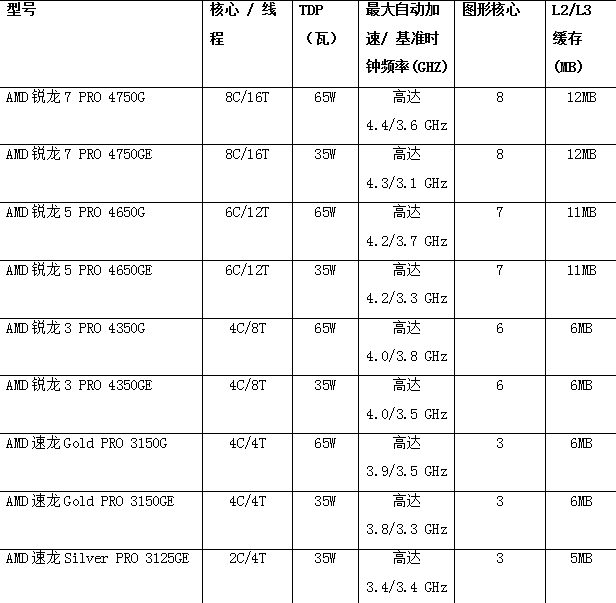 Amd sharp dragon 4000g series desktop processor is expected to be launched in the third quarter of 2020, and the corresponding machine will be launched by OEM partners including Lenovo and HP.

Amd sharp dragon Pro 4000 series desktop processor will be launched on July 21, 2020, and the corresponding machine will be launched by system integrator. OEM partner related models will also be available this fall.