Why did Tesla Q2 outperform expectations? 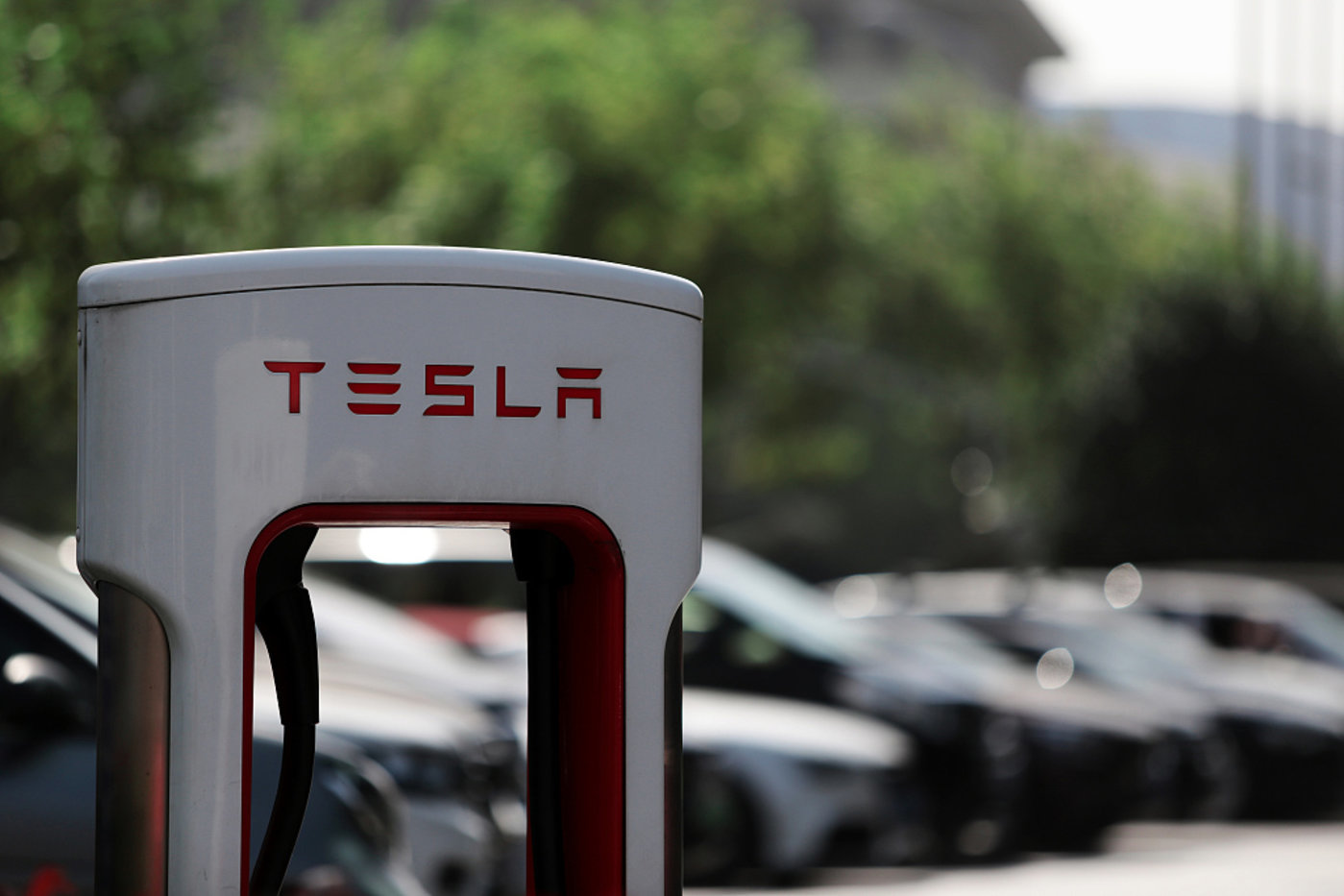 Tesla just announced its second quarter results. After hours, the share price rose more than 4% as the company beat expectations and made a fourth consecutive quarterly profit.

Compared with the average forecast compiled by Refinitiv: Tesla earnings per share of $2.18, expected to be 3 cents. Revenue was $6.04 billion, which was expected to be $5.37 billion. A net gain of $104 million (GAAP). Tesla's four-quarter profit also means it has now met the standard for inclusion in the S & P 500.

From the macro environment, the US capital market is quite in pursuit of Tesla, and the acceptance of the new energy automobile industry is extremely high. On the evening of June 10, Tesla's shares broke through $1000, surpassing traditional automaker Toyota as the world's largest automaker. Tesla's shares hit a record high of $1794.53 on July 13, and are still trading at $1592.33.

Under the influence of the epidemic, global auto companies have suffered a lot, and Tesla's second quarter financial report is brilliant, which also gives investors satisfactory answers. In view of this financial report release, we can learn three problems, what makes Tesla Q2 performance exceed expectations? What does the Chinese market mean to Tesla? What's Tesla's next step?

A year ago, slay's share price was about $260. Now it's trading at more than $1500. The 20q2 results released, Tesla's profit of more than 100 million US dollars, for crazy investors to feed a reassurance. However, whether this reassuring pill has water content or not and whether it will have sustainability, we need to specifically understand why Tesla has such performance.

In the same period last year, Tesla reported revenue from regulatory credit of $112.2 million. By the second quarter of 2020, that figure has almost tripled to $428 million in regulatory credit.

In other words, Tesla received a policy subsidy of up to $428 million by selling points, but only made a profit of $100 million. However, on the optimistic side, the subsidy has increased 3 times, but the net profit has increased by 7 times compared with the last quarter, which seems to be a breakthrough.

Zachary kirkhorn, chief financial officer, said Tesla expects its regulatory credit revenues to double in 2020 (compared with 2019) and continue for some time (the timing is uncertain). But in order to achieve long-term profitability, the company's goal is to reduce car production costs and gain more from software over time, that is, its fully automatic driving option.

Tesla also explained on the conference call why the financial performance of the last quarter was so impressive.

Foremost among these is the recording of deferred revenue for the $48 million FSD suite. FSD Autopilot is an advanced driver assistance package that sells for $8,000 in the United States. Tesla's

Q2 can confirm that the deferred income of FSD autopilot reaches 48 million US dollars. The revenue from autopilot software will also be an important source of revenue and net profit for Tesla in the future.

On the other hand, the plant closures caused by the outbreak did impose a burden on Tesla, but the reduction of personnel and wages also increased profit margins.

It can also be seen that the Shanghai factory has played a great role in Tesla's production, because the rapid resumption of production in Shanghai has kept Tesla from getting into trouble this year. Under the impact of external environment, Tesla's delivery capability is still excellent.

At the beginning of 2020, the model 3 standard upgrade version will take the lead in localization. Using Panasonic / LG Chemical's high nickel three-dimensional cylindrical cell, it can reach 445km, the maximum speed is 225km / h, and the 100km acceleration is 5.6S. The guiding price is 324000 yuan and the selling price is 299000 yuan after subsidy.

As a result, the price of the model is reduced to meet the basic requirements of obtaining subsidies. In May 2020, the guide price of the standard version of Tex model 3 will be reduced to 292000 yuan, and the price will be 272000 yuan after subsidy.

In May 2020, the domestic long endurance version of model 3 will be delivered in mass production. This model still uses three-dimensional cylindrical cells, and the weight of the car body is increased by 131kg to 1745kg compared with the standard version of 1614kg due to the increase of battery monomer. When the energy density of the battery system is increased to 161 WH / kg, the endurance of 200 km is increased to 668 km. The 100 km acceleration also increased to 5.3 seconds from 5.6 seconds of the standard endurance upgrade.

In June, the Ministry of industry and information technology released the catalogue of recommended models for the promotion and application of new energy vehicles, which disclosed the basic information of lithium iron phosphate version of model 3. The following conjectures about the cost performance of localization are gradually implemented.

Although the price of Tesla has changed, consumers still pay the bill in the tangle. In such a strong momentum, Tesla is chasing after the victory to further gain market share and quickly launch the model 3 cost reduction of LiFePO4 battery.

Tesla seems to have no rock bottom price in the Chinese market. If demand continues to falter, prices will continue to fall to unimaginable levels. The lowest price of domestic Tesla may reach about 250000 yuan. But even so, Tesla's sales strategy has worked in China, and consumers are still willing to pay for Tesla so far. 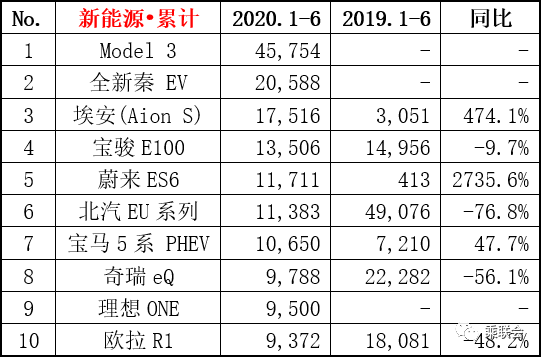 In addition to being Tesla's potential largest sales market, China's production capacity is also very abundant. Thanks to the large volume of Chinese factories, the output of model 3 and model y declined relatively little month on month under the influence of the epidemic. At the same time, affected by the continuous increase of model 3 delivery in China and the outbreak of model y production and sales in the United States, the delivery volume in the second quarter turned positive on a month on month basis, exceeding market expectations. This part is also the most beautiful card Tesla played in the second quarter.

I'm not stopping, The location of the next super factory has been determined

From the perspective of Shanghai Tesla super factory, Tesla's performance growth cannot be separated from its global distribution of super factories.

At wednesday's earnings call, mr. musk also announced the location of the next superplant. Musk said Tesla will build the next super factory near Austin, Texas. The area covers about 2,000 acres and is about 15 minutes from downtown Austin. Will be one 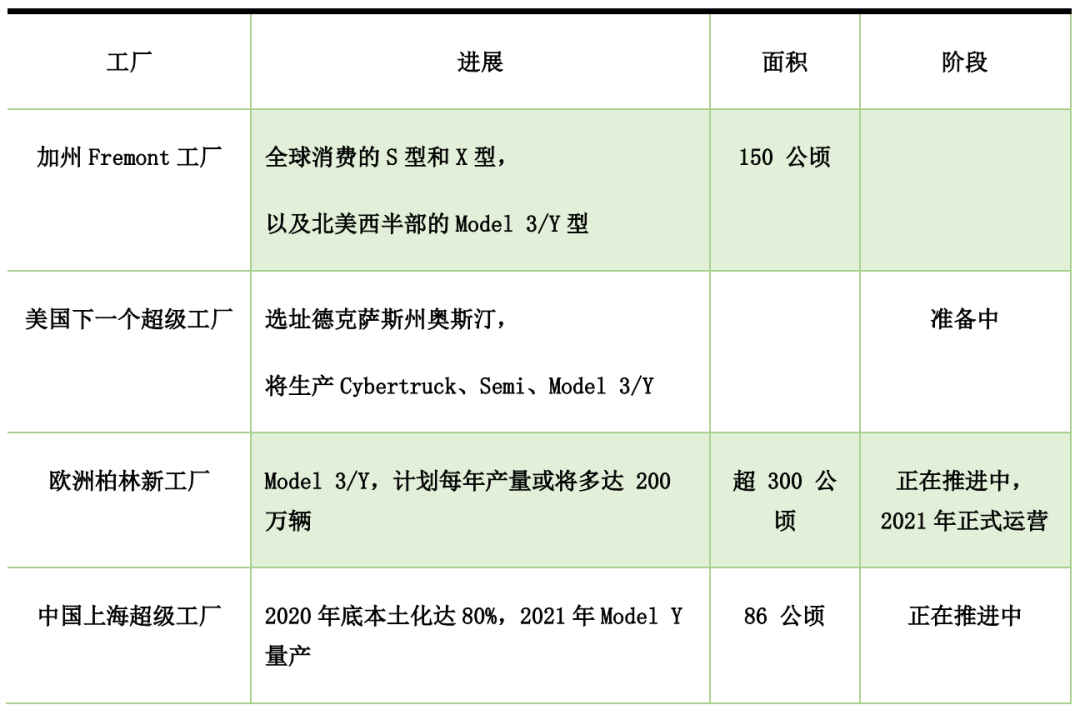 The Texas plant will be used to produce its cybertruck, semi, model 3 and model y vehicles for eastern North America.

This year, Tesla added a new cross-border SUV model y to its lineup. According to foreign media reports, Tesla's super factory in Shanghai is undergoing large-scale construction this year, including the installation of body stamping equipment. The main task is to build a cross-border sports multi-purpose vehicle model y production plant. At present, it has been basically completed and is expected to start delivery in 2021.

After the Q2 financial report was announced, Tesla's performance still greatly exceeded the market expectations. Although deferred income and carbon credits have played a significant role. However, we can see that under the background of Tesla's global layout, the strong high-quality supply chain has withstood the impact of the epidemic, Tesla's super factory is still pushing forward, and Tesla's automation technology is still leading. Everything's going on step by step, and investors may still be able to keep going crazy about it.

Related news
Why did Tesla Q2 outperform expectations?
Tesla's sales revenue of Q2 in China this year was $1.4 billion, up 102.9% year on year
A record! Zhou Guanyu, China's first F1 driver, made his dream come true in his qualifying debut: he made it to Q2
Byd's Q2 net profit rose 245% from the previous quarter, overtaking Tesla as the top seller, while its sales increased only 25%
2022 Q2 Global New Energy Vehicle Sales reached 2.19 million BYDs and ranked second
Tencent Games Q2: domestic stability, overseas development behind the strategic investment
Hot news this week
During the quarter, we signed a multi-year intellectual property patent licensing agreement with a major licensee. This positive result enables us to obtain more 5G patent licensin...
Win10 digital version will be discontinued: free whitewash is still available Microsoft has not been under the dead hand for 7 years
Microsoft posted $17.4 billion in non-GAAP net income on revenue of $52.7 billion in the second quarter of fiscal 2023
YouTube complained about: using offline return-to-work policy to illegally block contract workers from unionizing
India receives Radio Signals from Galaxies 9 billion light-years Away Astronomers: Aliens not involved
Beautiful country semiconductor ushered in the winter, US high enterprises inverted, our country market doesn't buy it!
Cybertruck skipped tickets again! Mass production of Tesla electric pickup truck will not wait until 2024.
Apple will relax measures to deal with COVID-19 's epidemic and encourage employees to go back to work
Huawei P60 Pro latest configuration chart revealed: variable aperture and satellite communications are on the list
Intel: 14 generations of Core in the second half of the year, and build a new architecture from zero next year.
The most popular news this week
The iPhone is No. 1 in China! Why do people prefer Apple to Android?
China develops starch and protein synthesis technology for corn stover: Costs drop dramatically
Technology tree point crooked? Toyota's new patent: hold the door handle can be sterilized
Eight satellites in eight hours! China rushed to Venezuela's relief efforts
Apple bet on mixed reality, but the selling point of the product is not enough.
Baidu is reported to launch an AI chat robot service similar to ChatGPT in March this year.
The most powerful SSD becomes the last song Intel retired Aoteng hard disk: 6 years of performance is still leading
Don't wait for the entry-level Tesla! Extreme Krypton 003 prototype revealed: or 160,000 starting price
Apple's car accident detection function has been misreported constantly, and the rescue department has been tortured.
To accelerate electrification, Honda China's technical research Technology and production technology companies merge