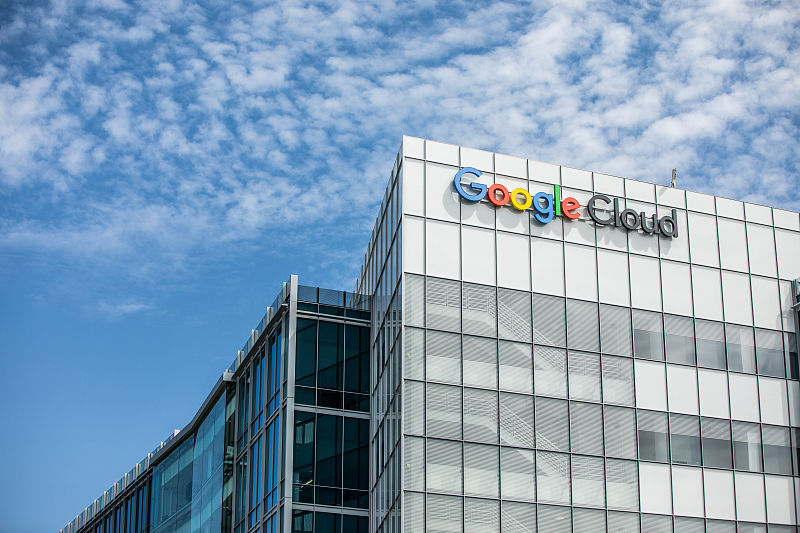 Exit from the Chinese market is not a small "setback", but a looming crisis.

Not long ago, Google cloud announced that it would abandon the "isolated region" plan, which means that Google will separate the network infrastructure from the central cloud computing system and allow third-party companies to operate Google cloud services on behalf of them.

In other words, Google cloud withdrew from the Chinese market and officially cancelled the "customized" product project specifically for the Chinese market. The strategic focus has shifted and priority has been given to the development of markets in Europe, the Middle East and Africa.

Is it because Gu Geyun gave up the Chinese market that it is not "fragrant"? The answer is No.

China's cloud market is the second largest in the world after the United States. Because of the "new infrastructure", the domestic cloud computing market is still growing rapidly. In contrast, Amazon AWS and Microsoft azure, the competitors of Google cloud, have developed smoothly in the Chinese market, and their business has entered the "fast track".

Gu Geyun is "alone" in the layout of the Chinese market. Considering the huge amount of investment in the Chinese market and Google's entry into the cloud market for many years, its share has been hovering in single digits. It is difficult for Google to devote more energy to the emerging markets with a disproportionate input-output ratio when the performance of the U.S. domestic market does not improve from time to time.

In fact, Google cloud's "abandonment" of the Chinese market means that the development of Google's cloud business is "failure" in stages. The layout of cloud computing is of strategic significance, not only conducive to the enterprise's own information construction, but also has a huge profit space. From the perspective of product and technology, Google has obvious advantages in cloud, but what is the reason that Google has never broken out in the cloud market? It is far behind Amazon AWS and Microsoft azure. 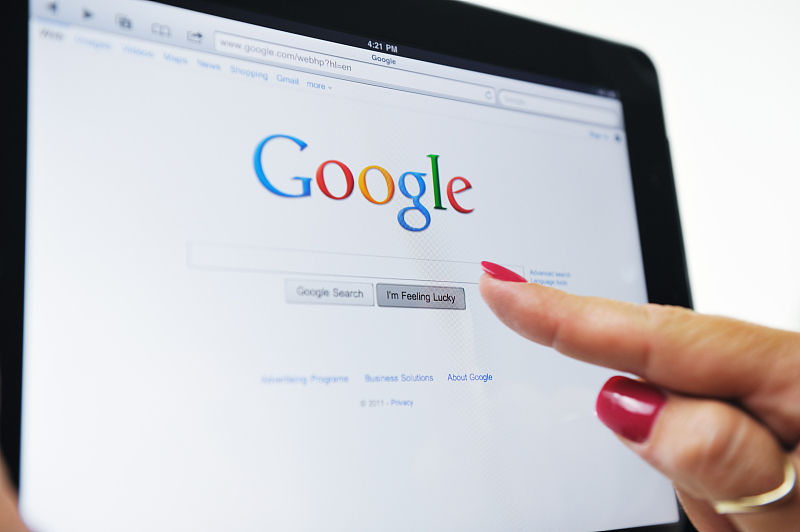 It was 2015 when Diane Greene was CEO of Google cloud. Greene is co-founder of VMware, a virtualization software company. In 2015, after sun Pichai became Google's new CEO, Greene began to take charge of Google's cloud business.

Just when everyone thought that Greene could bring a "new atmosphere" to Gu Geyun, Greene let everyone down. Under her rule, Google cloud repeatedly missed the market opportunity. The most typical cases are the two failed acquisitions of GitHub and red hat.

In October 2018, Microsoft acquired GitHub, and a year later, IBM acquired red hat. It is understood that in the two acquisitions, Google also participated in it, but ultimately because of internal disagreement, no deal was reached.

After more than ten years of development, the cloud computing industry has come to the key node of "change". Open source and hybrid cloud are two key words in the future cloud market. Hybrid multi cloud will become the mainstream form of cloud on enterprises, representing the development direction of cloud computing.

Microsoft's acquisition of GitHub is an important symbol of its transition from closed to open source. GitHub is the largest code hosting website in the world. After integrating with azure, it can effectively improve the productivity and tool chain of azure and attract more cloud customers. Red hat has the key technologies of open-source hybrid cloud. In terms of open-source cloud computing platform openstack, it has accumulated profound technology. Amazon AWS and Microsoft azure are inseparable from red hat's hybrid cloud technology solutions.

It is generally believed that IBM's acquisition of red hat can threaten the cloud market of Amazon AWS and Microsoft azure through the advantages of hybrid cloud.

As a result, Microsoft and IBM have bought a valid "pass" for their future. Google is likely to be in a more disadvantageous position in the future because of missing GitHub and red hat.

However, it's hard to say that Google cloud was a complete failure during Diane Greene's tenure. After all, the arrival of Diane Greene has made it possible for Google cloud, which could not have a foothold in the cloud market before, to gradually gain market share and let Google re-examine the possibility of cloud computing business.

In addition, Diane Greene employed a lot of marketing personnel, led some large customers to go to the cloud, such as twitter and HSBC, and established a partner organization to achieve ecological cooperation with SAP. We have invested hundreds of millions of US dollars in data centers and submarine cables, and made some progress in the vertical fields of finance, health care, energy, manufacturing, games, etc.

Even so, Google cloud has little sense of presence in the industry. The more important reason is that, unlike Google's previous search business, Google's understanding of to B business is far from enough.

In contrast, Google takes consumers as the core, attaches importance to technology, and is dominated by engineer culture, and tends to be flat and collaborative management.

Although, in the past, the emphasis on technology driven Google to obtain higher market profits, but the strategy on the enterprise side did not work. "Technology is not the only factor. At this stage, technology is more of a muscle and endorsement. In the final analysis, cloud computing should realize a closed-loop business logic. "Alibaba cloud employee Liu Wei told geek Park (ID: geekpark).

Gu Geyun's perception of some advanced cloud concepts is indeed forward-looking. For example, in the past two years, the popular concepts of container and serverless server free in the cloud market were put forward earlier than Amazon AWS and Microsoft azure. In terms of AI and machine learning ml technology, Google cloud has always been ahead of its competitors.

However, Google cloud technology strength is excellent, but do not know how to deal with the enterprise's IT department. A former Google executive has said that in some cases, pushing Google engineers directly to customers is a great risk because they lack the patience to help customers solve technical problems. And often some large enterprise customers want cloud service providers to keep close cooperation with themselves, and Google engineers can not adapt to the requirements of these large enterprises.

At the same time, excellent technology may bring a negative side. Sometimes Google's product design is divorced from reality and too complex, which directly leads to the developers of large enterprise customers unable to use it. In addition, cloud products do not rely on single point capability output to win customers, but more through the combination of multi-point capabilities and comprehensive and overall cloud solutions.

Gu Geyun did not invest enough in marketing, sales and solutions, so he could not clearly position his own products, understand the real scene needs of the enterprise, and get closer to the enterprise customers.

Zheng Jie, an employee of Alibaba cloud, revealed to Geek park that compared with Amazon AWS and Microsoft azure, Google cloud's sales strategy may consciously tend to make large orders for a single enterprise, which is not replicable, but has a sensational effect. 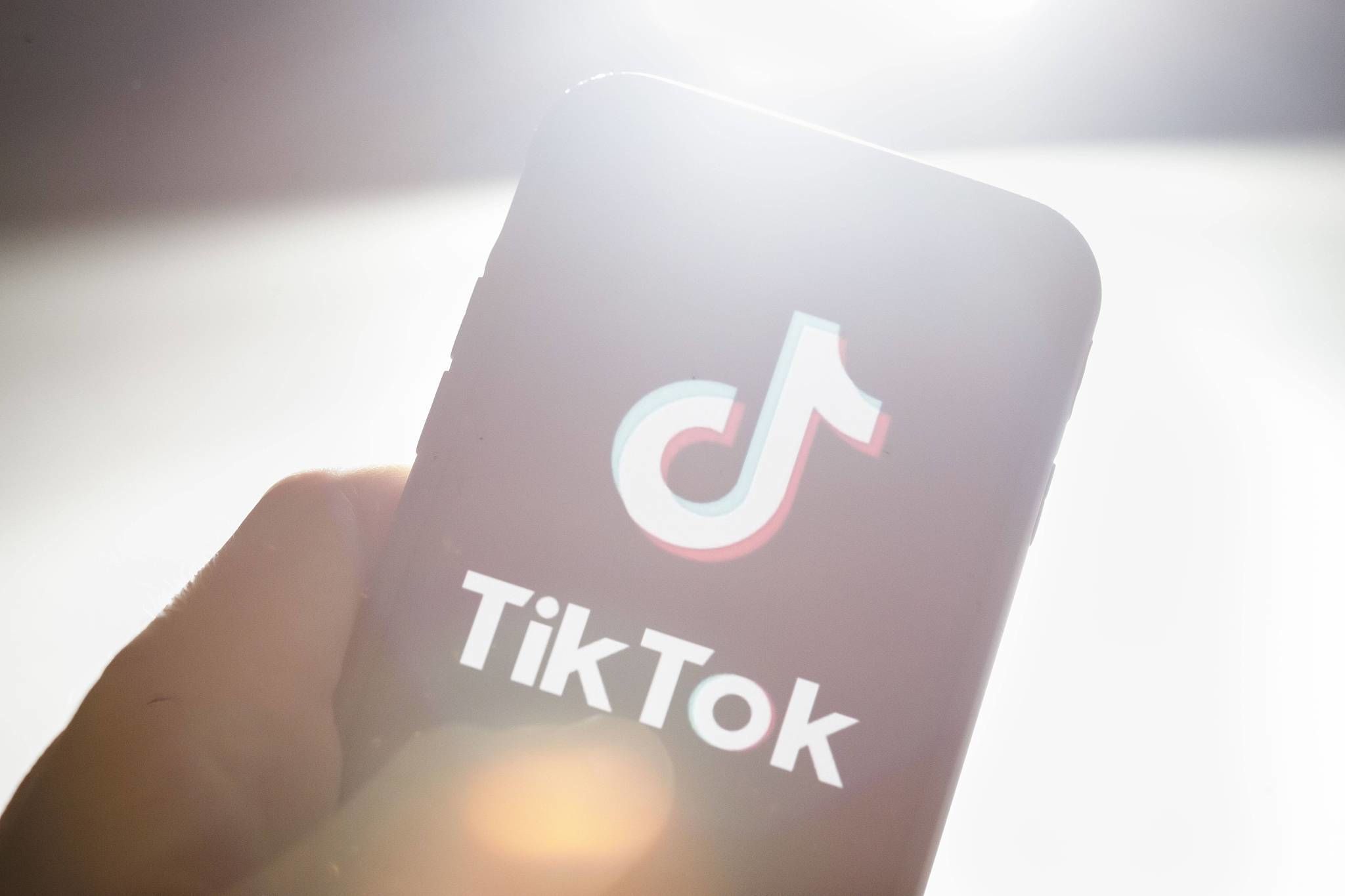 For example, in the first two years, Google cloud won orders from Verizon, the number one telecom operator in the United States, and eBay, the head cross-border e-commerce company. This year, it won a $800 million order from tiktok, the most popular short video platform. Amazon AWS takes the route of small and medium-sized enterprise customers. Microsoft azure has the advantages of hybrid cloud solutions, as well as enterprise and government resources such as office 365.

The realization of business closed-loop of cloud products ultimately requires a wide customer base, many channel partners, thousands of developers and sales personnel, that is, a huge cloud ecosystem. In terms of ecosystem construction, Google is still not in place.

Google cloud has never established an ecological partner channel system that can compete with Amazon AWS and Microsoft azure. After careful observation, we can find that, no matter Amazon AWS or Microsoft azure, there are partners in the cloud product release every year, and even push the partners to the front desk, occupying the absolute C position.

The essence of cloud competition is the competition of ecosystem. This ecosystem includes not only products and technologies, but also customers of enterprises in different industries, channel partners and even competitors. It provides services for various markets, including high-end, middle-end and SMB (small and medium-sized enterprises) market, etc.

For example, the ISV and channel cooperation ecosystem established by Amazon AWS and Microsoft azure based on big data analysis, AI and other technologies works well. On the contrary, the AI ecology based on tensorflow, an open-source machine learning platform of Google, is so complex that few people can use Google's tools to build solutions due to the lack of ecological and channel support.

In addition, Amazon AWS and Microsoft azure have corresponding partner plans, which have been promoted and operated for many years.

China's cloud manufacturers on the other side of the ocean have similar ecological layout paths. For example, since last year, Alibaba cloud, Tencent cloud and UFIDA have successively released the SaaS accelerator program to lower the threshold for developers and build a SaaS ecosystem, thus promoting the growth of cloud infrastructure.

In July last year, Alibaba cloud also brought salesforce, the world's largest CRM manufacturer, as its own ecological "platform". Alicloud Shen Tao once said that there are countless ISVs who know more than us in subdivided fields. This industry should be led by ISVs, and we should step back.

On the contrary, Google cloud has no impressive case in terms of ecosystem construction.

According to industry sources, Google Cloud has a timetable

(Note: at the request of the interviewees, aliyun Liu Wei and Zheng Jie were pseudonyms)

Related news
$9 billion! Google bought Nutanix
How much is Google Cloud worth?
Hot news this week
Sources say Penguin Random House's deal to buy Simon & Schuster has fallen through
Any chance of taking over the agency? Sources say Tencent has been in contact with Blizzard for at least a year
Blizzard's founder responded to NetEase's contract renewal: Cooperation is a two-way street, and we will do our best to make Blizzard games accessible to Chinese players
Ali suddenly released a new chip, the domestic chip breakthrough, abandoned the American chip fantasy
Better than Huawei or Apple? It is revealed that Samsung S23 uses satellite communication: can also space voice
Players recognized as the best of the year! The Old Man Ring won four awards at the 2022 Pension Rocker Awards
According to sources, TSMC replaced Samsung to win a large order of Tesla's assist driving FSD chip, based on the 4/5nm process
Today is the 18th anniversary of Blizzard's World of Warcraft: unfortunately, the national service will be discontinued in January
Jinshanyun reported revenue of 1.97 billion yuan in the third quarter, down 18.4 percent year on year
Xiaomi Q3 has not returned to the normal growth track. Wang Xiang: The idea of high-end strategic quick wins is incorrect
The most popular news this week
China AVS3 video, audio standards rise! 8K/4K/ mobile for the first time
AMD ripper is finally not lonely! Intel Fever U returns to 56 core hard carry 64 core
The price of Xiaomi 13 to 4,500 yuan has sparked heated debate among netizens: Should you buy Xiaomi at more than 4,000 yuan
Thunder online game accelerator announced that it will be officially suspended on December 1
With the NIL technology, Canon wants to provide China with a lithography machine comparable to the EUV
Wechat iOS version 8.0.31 private test update: Added the function of dragging pictures and videos to send with one key
AMD Zen4 12 core price record low! The cumulative price drop is 20%
Priceless metal is thrown away: One million scrap mobile phones can recycle 68 kilograms of gold
The world's first 6GHz! Intel's "Ashes Edition" arrives early: You're out of the sky
SONY loosen up! PlayStation's multi-year super exclusive is coming to PC