Apple Mac chip from Intel to arm, Microsoft will panic?

At first, the strong rise of the WinTel alliance not only became the absolute hegemony of the PC market, but also pushed the PC to thousands of households. On the one hand, Microsoft and Intel count money to soft, on the other hand, also greatly promoted the popularity of computers, forming a win-win situation. Half-open Microsoft and closed Intel won in the PC era. Yet, as geomantic turns, apple's phones and open-license ARM have killed the WinTel alliance by surprise in the mobile market.

But in the mobile era of dry wind and water apple, there is a knot has not been untied.

We know that apple is a closed ecology. By firmly controlling the hardware and software in its own hands, Apple has realized the "software and hardware integration" that PC and Android have always wanted but can't.

Arm, the dark horse that grew up in the mobile age, now relies on the pure "IP authorization" service to realize the counter attack among many chip giants. The figure below is Wiki's summary of arm sales. According to this trend, IHS, a market research organization, predicts that the sales of arm chips will exceed 160 billion by 2020. 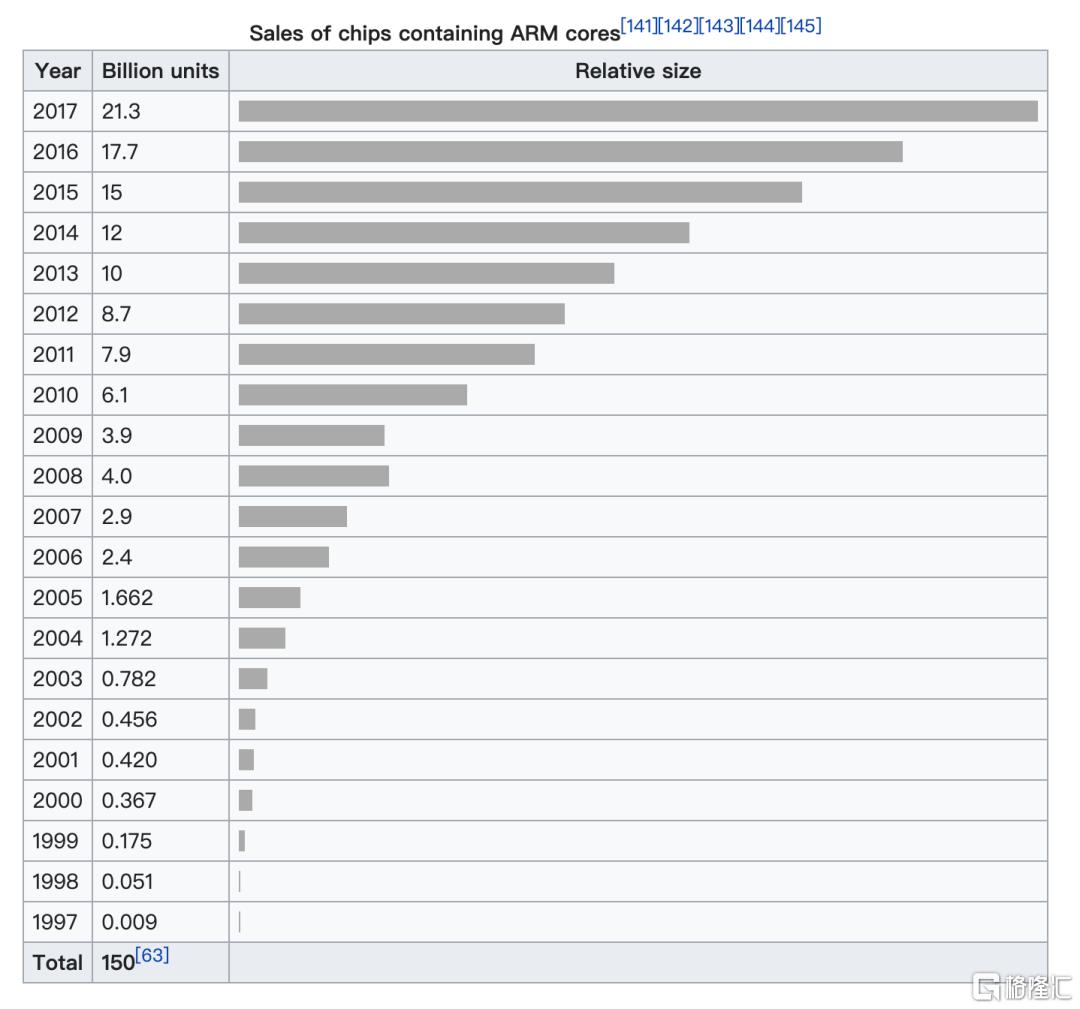 After stabilizing the terminal market, arm began to march into the cloud. At present, Fujitsu, ampere, Marvell, Amazon and others are releasing arm architecture processors. AWS, azure, Huawei cloud and other cloud service providers have embraced arm, providing public cloud services and accelerating the ecological maturity of arm.

Since the chip has not broken through the apple, sniffing the opportunity, resolutely decided to break up with the old guy Intel decades of cooperation, turned around and pulled up ARM little hand.

How tough it is, so many people are starting to worry about whether microsoft's PC market position will be rebuffed by apple: microsoft is panicking!

Don't panic is impossible, after all, Microsoft has been using ARM for many years, compatibility problems still exist

Apple's switch to ARM chips would be false if it did n' t undermine the confidence of some of microsoft's internal staff, and few would buy it for Windows on ARM.

This time, Apple presented at the WWDC conference that its self-developed chips had lower power consumption Notebooks, higher performance 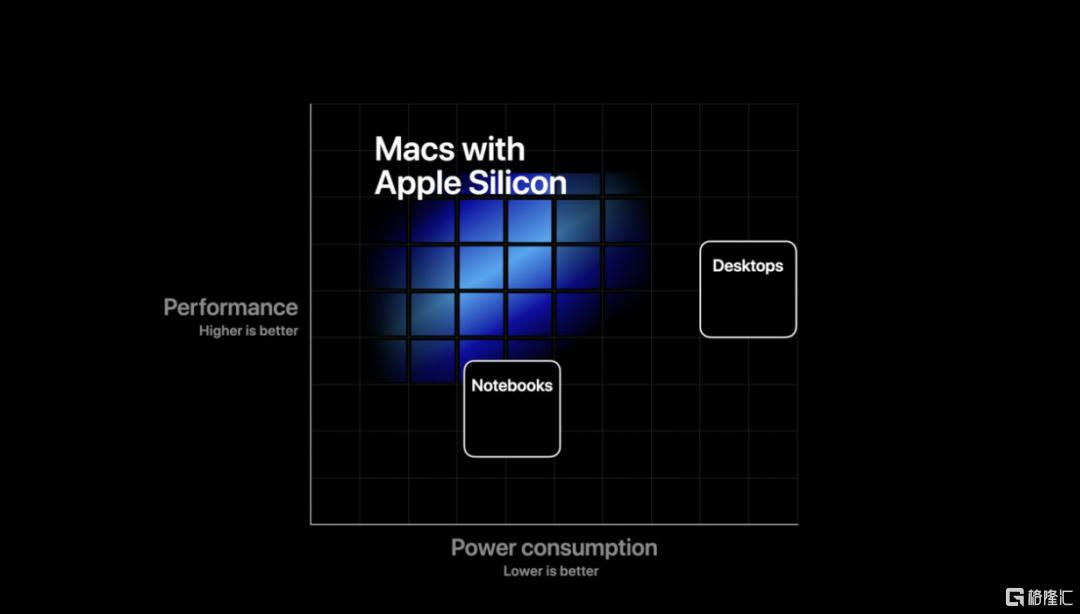 This is different from windows 10 on an arm PC. As you can see on Microsoft's surface Pro x, there are still many problems with windows 10 on arm, including inability to run 64 bit legacy Windows applications and incompatibility with standard Windows Drivers. 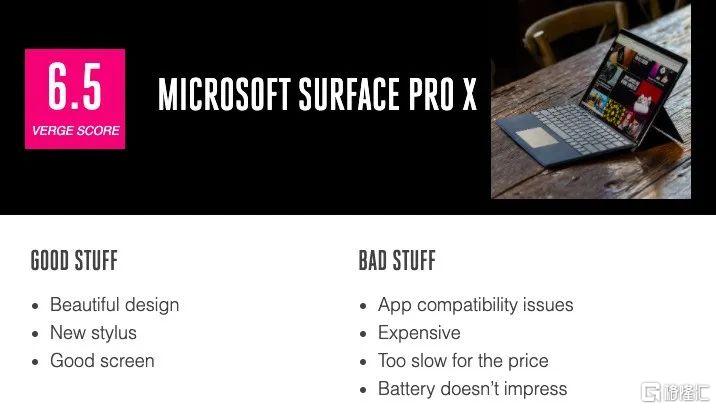 Again, I have to mention the black history of Microsoft Surface RT in 2011. The original Surface hardware bug a lot, screen resolution is particularly low, almost useless equipment.

The Surface Pro X seven years later is also based on the same technical route as Surface RT Windows on ARM, still not welcomed by the majority. And microsoft isn't so interested in optimizing Windows on ARM's experience.

This time, MacOS on arm is an attack, trying to capture Wintel's market share. I believe that in the future, someone will say apple yes!

What's Microsoft panicking about? Intel is the most flustered 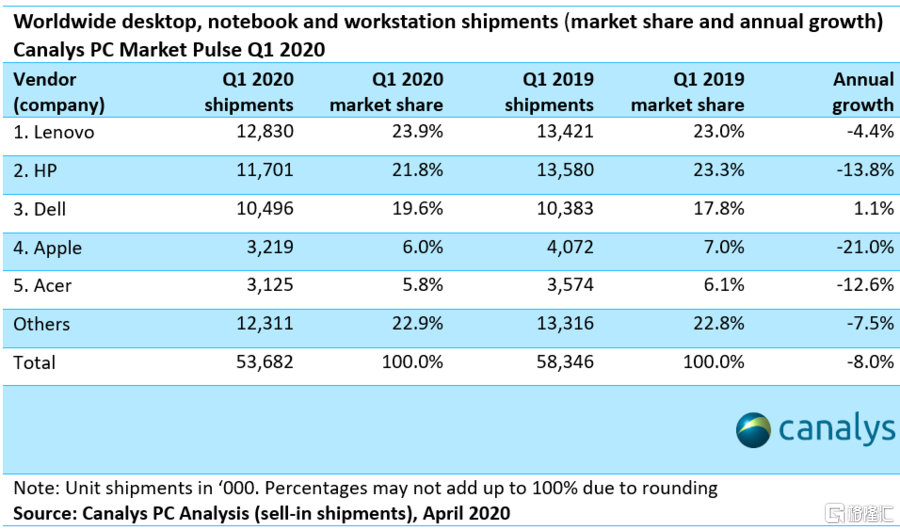 Microsoft won't panic because the whole Windows controls the format.

After all, Microsoft is not the upstream of Apple or the downstream of Apple, and the impact of Apple's sudden turnaround on Microsoft must be far less direct and far-reaching than that on Intel. The ARM's Apple A processor has a good heat control and low power consumption over the Intel i series of processors.

Apple doesn't do services, it does consumer goods. Even if the CPU is changed, it can be said that there is almost no impact on the market.

The iPhone is in the user's pocket, airpods are in the ear, the apple watch is on the wrist, the iPad is on the sofa, and the MAC is on the desk. Most of Apple's products are in a small space of 80 square meters.

After all, MAC is a niche product. Most of the Mac users are designers, editors, musicians, and then Apple developers and some students. 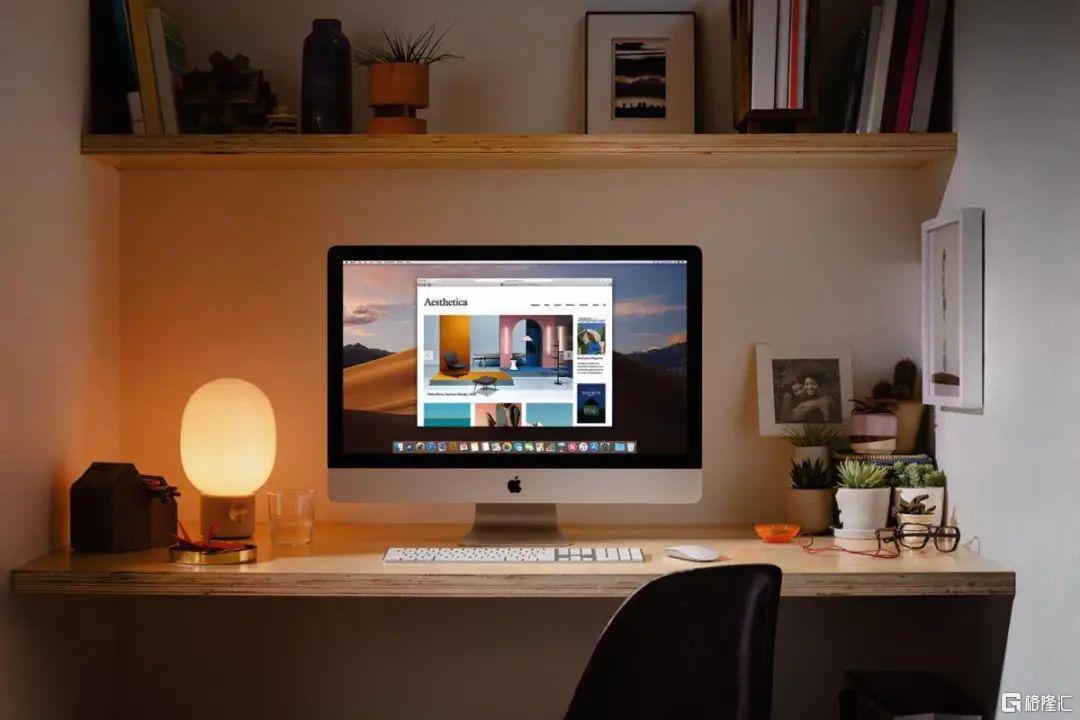 Netizens said that in this 80 square meters, is the world of Microsoft products, in all walks of life have a very high penetration.

Many users are on both sides, and Mac buyers buy Windows or Windows systems. Windows system is still irreplaceable in many fields, such as a large number of IE systems within the system.

Just as netizens say ,'Why do many people buy Mac but Windows systems ?'

Recently, Microsoft said it would no longer provide windows 10 for Apple arm. Before using Apple Mac users, if they want to use windows 10 system, they need to use it on Mac OS through boot camp.

This time, it is almost impossible for Apple fans who are looking forward to Apple's arm version of MAC to install windows. As for many office automation markets in China, ie is indispensable. As a result, many double repair parties may not consider buying Apple computers, and MAC may lose considerable shares.

Related news
Apple's 15 years of reincarnation: MAC chooses arm, just as jobs chose Intel, but there are more variables
Apple is 15 years in the making: or next week to release arm MAC processor to replace Intel
Some of the first MAC models to use the "Apple silicon" chip are expected to be released by the end of this year
Developers have been receiving Mac Mini with A12Z chips to prepare Apple Silicon Mac applications
ARM version of Mac computer is closing down: Thunderbolt 4 left out
The first apple silicon MAC device may be cheaper than the Intel Version (photo)
[Live Video] Apple silicon MAC special event: coming back
The apple silicon MAC comes with lightning 3 / USB4 instead of the latest thunderbolt 4
Detailed evaluation of Apple silicon M1 MacBook Air
Hot news this week
Yingchi b560 / h510 series motherboard comes with shock!
The first mass production scroll screen mobile phone is set! LG confirms to release this year: or adopt BOE screen
Trumpra black millet! In the last week of his term, he also asked us investors to withdraw their capital before the "double 11"
ASUS launches Rog flow x13, Zephyrus duo 15 Se and Strix scar 15 / 17 playbooks
What is the experience of working in a big factory? Huawei, Alibaba and Baidu employees said so
Raise your hand and pay directly! Huawei smart payment added wechat payment: mate 30 / 40 series can be used
SpaceX's second generation cargo dragon spacecraft has been docked at the international space station for more than one month
New crown super disease found abroad: 18 kinds of mutated virus hidden in a woman's body
Young man engraves characters on 0.15mm hair with naked eyes
Goldman Sachs "touts" Tesla wildly: failure recall of central control does not need to care about reiterating "buy" rating
The most popular news this week
Chinese gene editing therapy approved for the first time in clinical trials for β - thalassemia
The undercurrent of second hand mobile phones
Enterprise wechat "collapse on hot search" netizen: thought to be dismissed if no news is received
WeChat and Alipay? Tiktok tiktok payment online: supplement to main payment method
Can't mobile phones be sold in China? Half of the people bought 5g mobile phones last year
"Seven swordsmen" trial version today unlock hardware requirements competition Bo still high?
Expert interpretation: why so many asymptomatic infections?
Pinduoduo's "New Year's Day" launched and distributed 3 billion preferential red envelopes
Wechat's "moment in a decade", the "small levers" that leverage the mobile Internet revolution
Hackers sell leaked Microsoft and Cisco source code for at least $50000