According to the associated press,Social media has become the target of an online showdown between the current president of the United States and his rivals.While they spend a lot of money on these platforms, they are attacking them. U.S. President Donald Trump bought hundreds of messages on the Facebook, accusing Twitter of trying to stifle his voice and influence the November election. 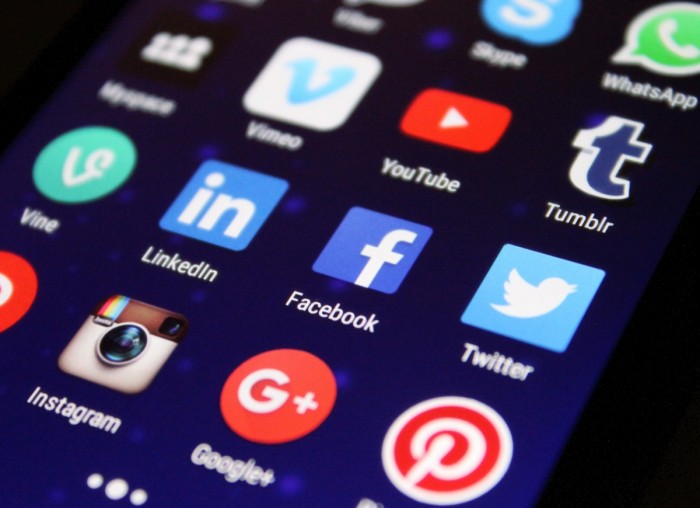 Democratic challenger Joe Biden spent a lot of money advertising Facebook and attaching his own information. Among dozens of advertisements on the platform, he asked supporters to sign a petition calling on Facebook to remove inaccurate statements, especially Trump's.

Large social media companies are exploring a political minefield, trying to minimize the amount of false information in the United States and to control foreign actors manipulating their websites, as they did in the last US presidential election. Their new actions - or, in some cases, lack of action - triggered an explosive partisan response, ending their years as self proclaimed neutral platforms.

Even though both campaigns pour millions of dollars a week into Facebook and Google ads to increase their exposure, they are using online advertising to criticize the policies of the technology platform. Trump accused twitter and snapchat of interfering in this year's election. Biden has written to Facebook several times and attacked the company's policy to allow politicians, especially trump, to freely make false statements on its website. Biden is paying high fees to Facebook for advertising that accuses Facebook of being a "threat" to democracy.

At the same time, trump is paying Facebook to play ads that attack his media, twitter. One of the nearly 600 Facebook ads posted by the trump campaign reads, "Twitter is interfering with the 2020 election, trying to silence your president.".

This is "a big difference from 2016," said Emerson Brockin, a researcher at the Atlantic Council's Digital Evidence Research Laboratory, a Washington think-tank. "If you're leading Trump or Clinton campaigns, you do n' t write to Facebook all day. It is not so much of a central campaign problem. It seems very important now.

Since the last presidential election, Facebook and twitter have banned fake voting related information and vowed to identify and shut down networks of untrue accounts run by troublemakers at home and abroad. Before this year's election, twitter completely banned political advertising, and a spokesman for the company told the associated press that it supported the decision. Facebook and Google, on the other hand, began to disclose campaign advertising spending, while banning non Americans from buying US political ads. Facebook did not comment on the story.

But Democrats and Republicans will only be increasingly clamoring to get rid of the inflated power of big technology companies, even though the two parties have rallied supporters for different companies for different reasons.

Biden focused his attention on the Facebook, launching the # MoveFastFixIt campaign, warning Facebook to do less to protect users from foreign interference or being deceived by false information, especially Trump's message about mailing votes. His campaign just spent nearly $10,000 last month advertising his platform, berating the company.

"We could have lied to you, but we wouldn't ," said one Biden ad. "Donald Trump and his Republican allies spend millions of dollars on Facebook ads like this, spreading all the dangerous misinformation from how to vote to the legitimacy of our democratic process ."

Despite the criticism of Facebook, Biden's campaign said it still bought millions of dollars in Facebook ads because it was one of the few ways to fight Trump's bogus posts - because Facebook would not conduct a fact check on him.

The ads are also a cheap and effective way for campaign teams to rally disgruntled supporters of the platform, says Catherine Sears, a professor of political communication at Louisiana State University.

"We do know that anger can be very motivating - it motivates them to write their names on their email lists, or to donate $20," Sears said. "What better way to make people angry than a faceless platform?"

Biden focused on Facebook, while Trump focused on Twitter, and occasionally on Snapchat, and his campaign advertised online, accusing the two companies

Twitter became a target for Trump's campaign after the company launched its first factual check on his inaccurate tweets about the vote at the end of May. Since then, Twitter has labeled Trump's other five tweets with similar labels, two of which call the postal ballot "fraudulent" and predict that if they don't vote in person, "the mailbox will be robbed.".

Trump responded by signing a largely symbolic executive order challenging section 230 of the communications code act, which provides Internet companies with protection from litigation, which is the cornerstone of unrestricted online speech.

"Silicon Valley is a bastion of diversity and liberalism, but it is absurd to be afraid of intellectual diversity and conservative voices," trump campaign spokesman Ken farnaso said in a statement. Since then, Republican leaders have joined in the attack on twitter.

This month, Jim Jordan, a conservative congressman from Ohio, asked twitter to hand over everything, including email, about how it decided to conduct a fact check on the president. Republican Senator Ted Cruz said: "the tech giants are out of control." Last month, Republican senators joined dozens of conservative media, trump staff and politicians in a two-day campaign to urge their twitter followers to abandon the platform and join Parler, a social media app that does not strictly control its content.

Facebook may be the next person to confront the president and his allies, and now the company has vowed to label any post that violates its anti vote misleading or hate speech rules, including trump's. However, Facebook has not yet taken such action.

Related news
Microsoft launched Microsoft 365 for Campaigns: providing a secure platform for the campaign (figure)
Twitter will ban all political advertising from November
Twitter and Facebook became targets for trump and Biden's advertising campaigns
After two weeks of stalemate, twitter finally unsealed the New York Post account
Trump often calls others "loser" on twitter, and turns out to be the number one keyword search
Twitter and Facebook CEOs will attend Senate hearings
After the election ,1 million Americans left Twitte
Trump calls for Ditching Twitter, Facebook: Shame on America
Hot news this week
Tencent Music rose more than 3%, and its average monthly revenue of more than 10,000 musicians in 2021 doubled, and NFT will generate revenue for musicians
China Telecom and Huawei jointly released "Super Time Frequency Fold" 5G Determine Network wireless key technology
CNKI is a wholly foreign-owned enterprise? A-share listed company Tongfang shares responded in this way...
Apple has increased incentives in China to up to 15,000 yuan after cutting the trade-in price in the US
Washing your nose with salt Water may Prevent COVID-19, experts warn
"Tmall responds to over 300 minus 50" to the hot search, netizens: Don't engage in Olympiad, less routine more sincerity
Gree Electric has nothing to do with Gree Real Estate! Dong Mingzhu reiterated that he did not do finance and real estate
Xiang responded to Tesla's lawsuit by saying he was dissatisfied with tesla's arrogant attitude but not defamatory
Microsoft has launched an adaptive mouse for people with disabilities that can be assembled as many parts as they want
After the release of the 2999 yuan new machine, it instantly became the hottest model in the headlines: dominating the list all night
The most popular news this week
The domestic screens are rolled to the 2K screen. Why don't Apple follow the roll?
Experts remind: Do not put disinfection pieces to the sewer, it is useless and harmful to disinfection outdoor outdoor disinfection
Flying Pig's new "Yunyou Museum" can watch the live broadcast of nearly 20 museums in China
DEEPMIND training more than 600 tasks such as chatting, playing games, and accumulating wood
4K display uses 240Hz for the first time! Samsung's new flagship display is coming
Accidentally found a new track! AMD Rayon 7 6800U batch arrived
Better iPhone signal! Apple has released a new official version of iOS
iPhone security big overturn, built-in chip low-power operation, after shutdown can still be tracked location
Hong Kong stocks popular technology stocks rose sharply: JD.com rose more than 9% Ali rose more than 8%
Yu Minhong: Strive to open source while reducing costs quickly, or New Oriental will die