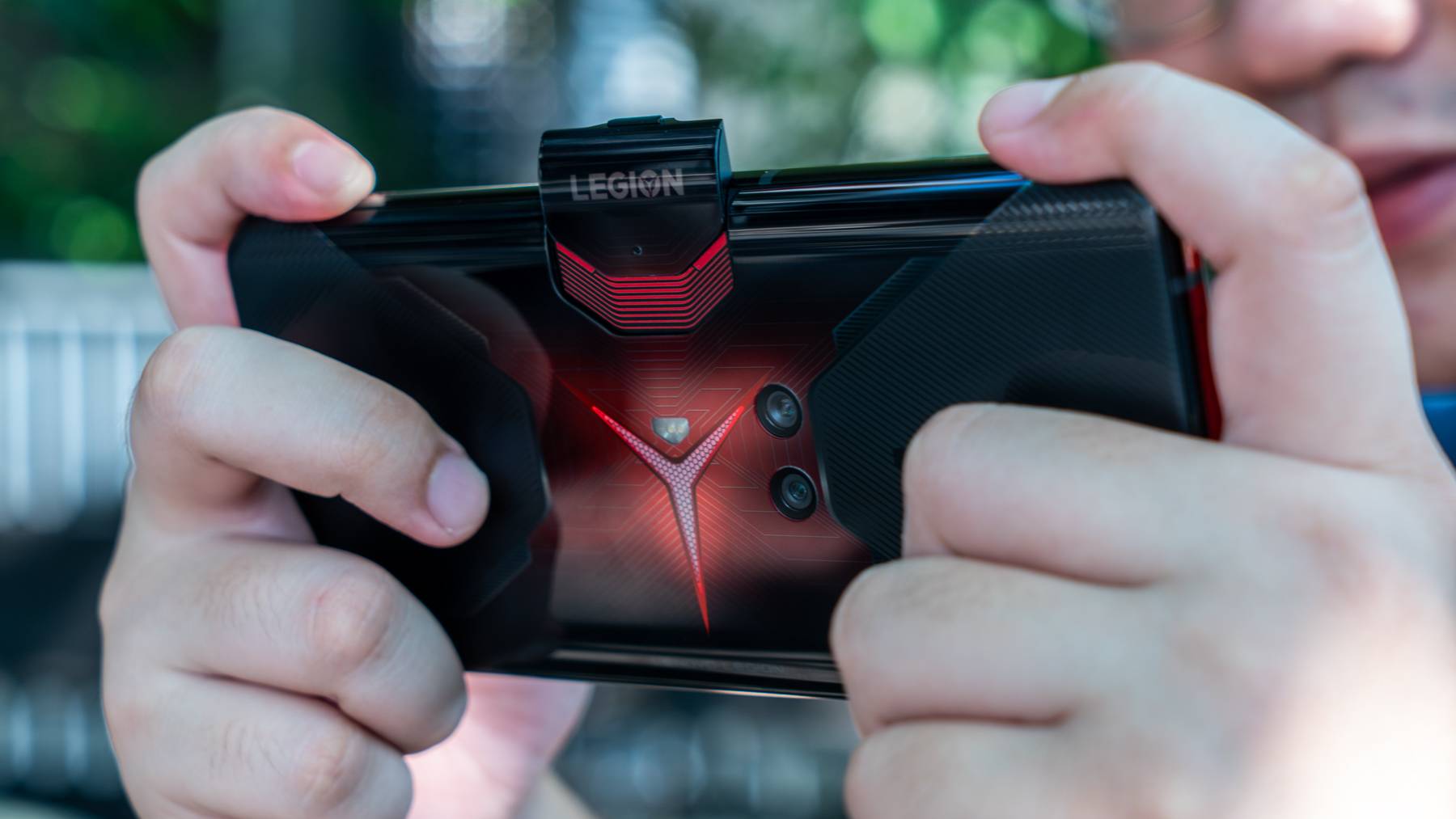 Two or three years ago, when the concept of "game phone" was just emerging, many people used to equate this new category with the traditional flagship mobile phone because of its unclear positioning

"Can I call it a game phone if I use a snapdragon 8 series chip, a large screen battery, and optimize the heat dissipation to run large games smoothly? "

But now this kind of voice has gradually become less and less. After several rounds of product iterations of Rog, black shark and red devil, game phones have also found their own significance with traditional devices.

In the final analysis, the core of the product is still to reflect "differentiation". For the highly integrated electronic devices such as mobile phones, the focus is not on the "unchangeable" parts such as processor, screen and battery, but other hidden details. 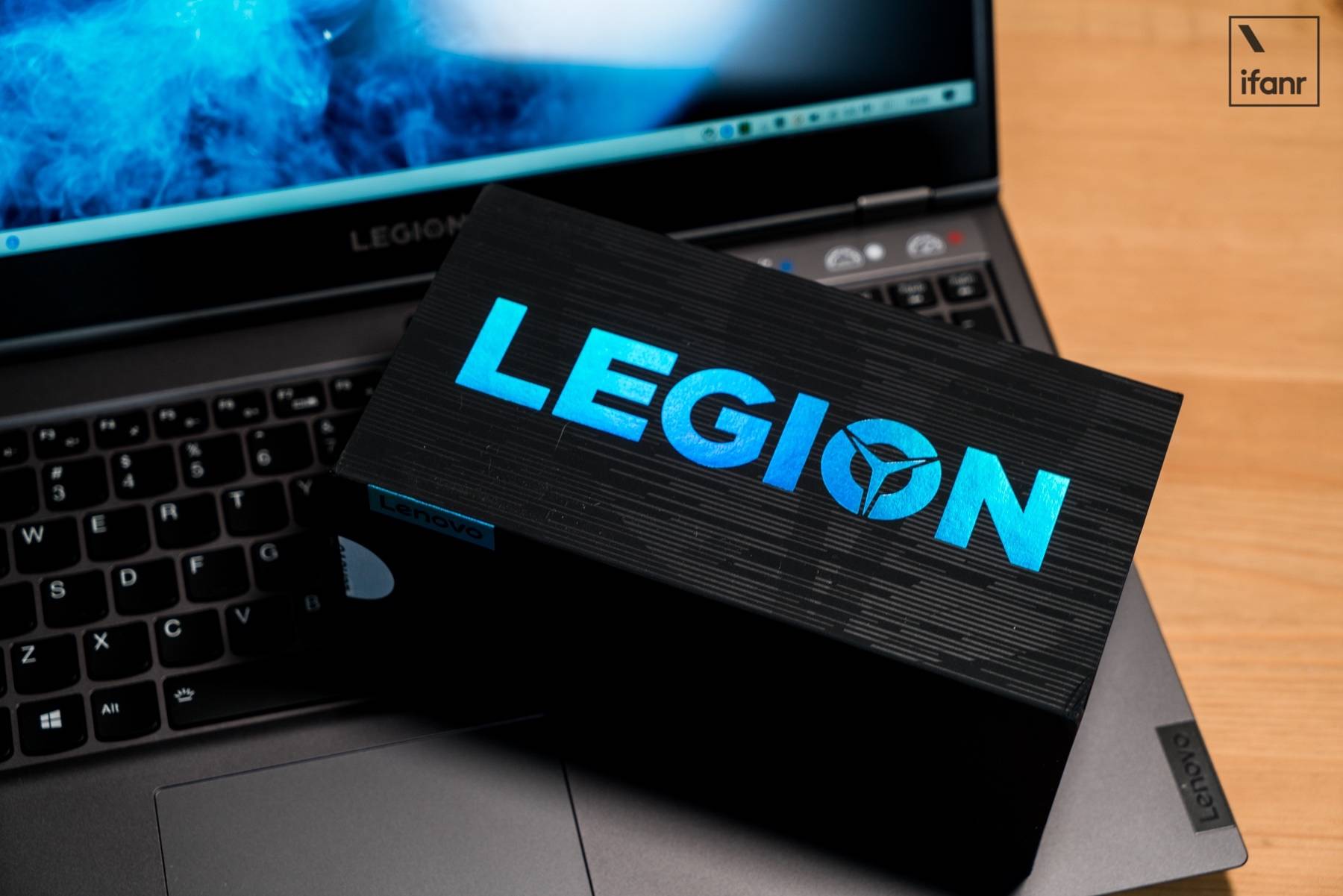 The "savior" of Lenovo is not a new brand, but in the past, it mainly engaged in game laptops, and now it has begun to enter game phones

As a new player in game phones, Lenovo launched the Savior E-sports mobile phone pro (hereinafter referred to as "savior Pro"), and chose to focus on improving the experience of "horizontal screen game".

I want a mobile phone for the game.

Running points is not the key point, the motor shows sincerity

On the core configuration, the savior Pro is basically designed according to the flagship specifications, including the latest Cellon 865 chip, up to 16 GB LPDDR5 of memory ,144 Hz of screen refresh rate and 240 touch sampling rate, are familiar parameters. 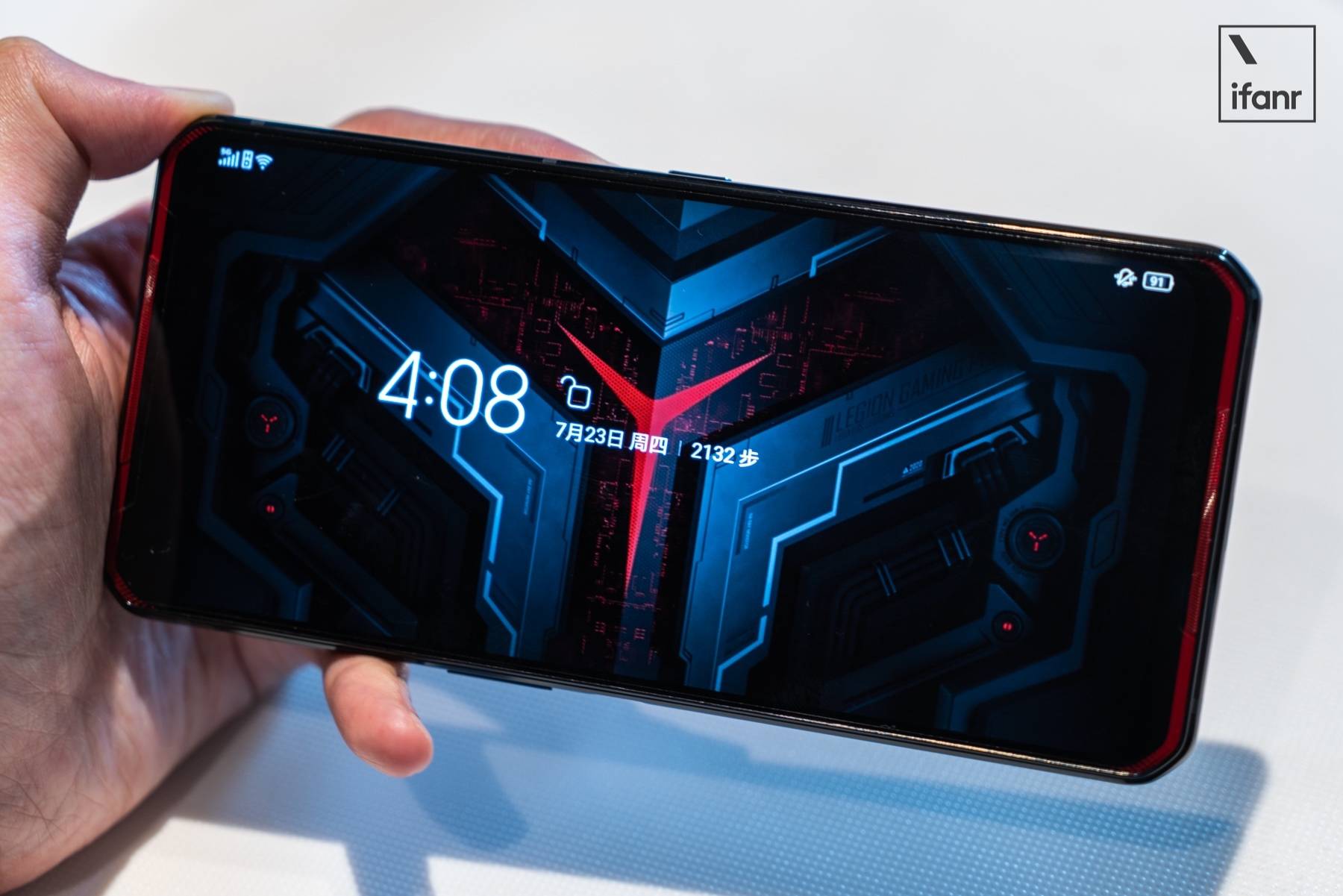 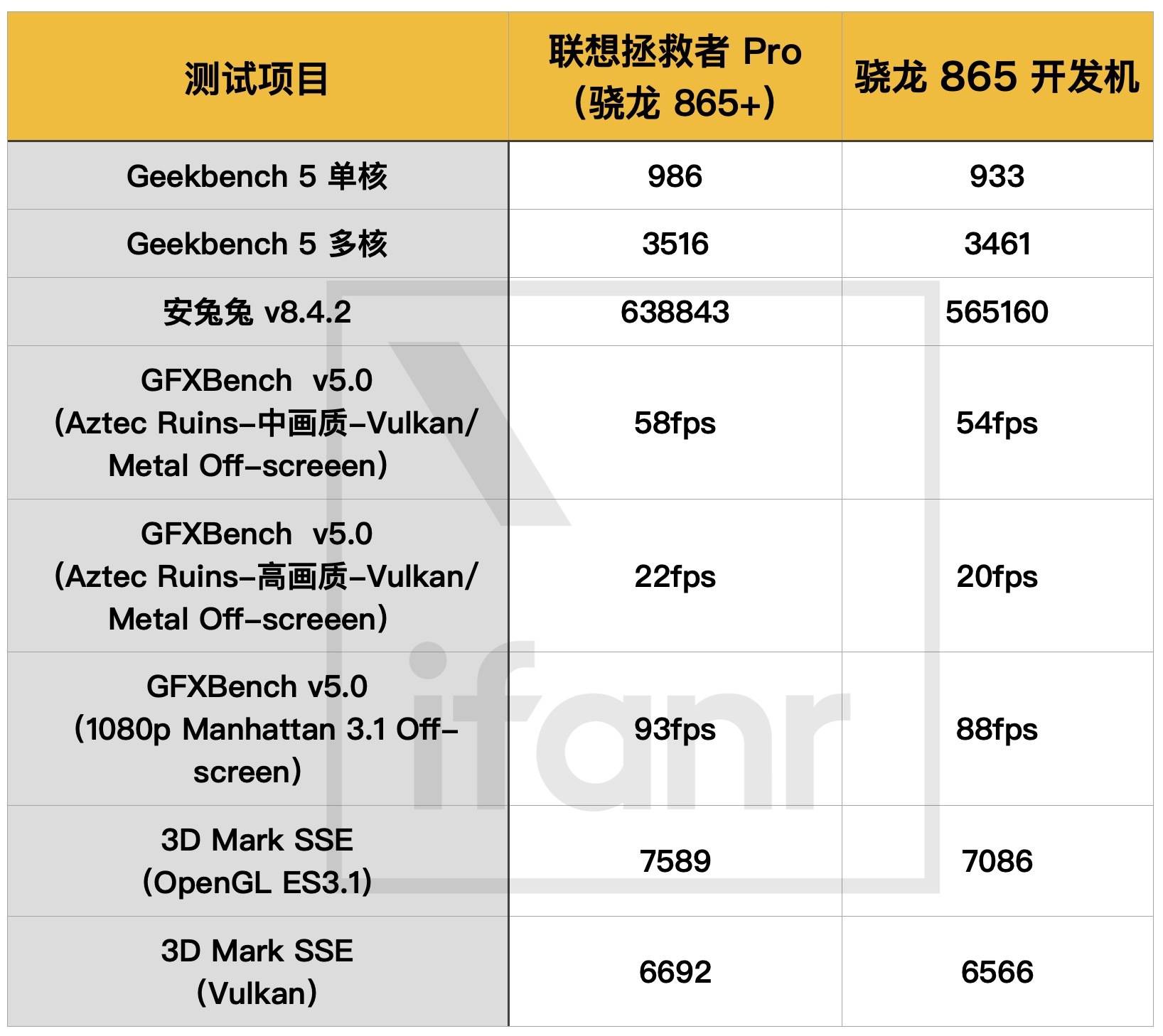 As a result, the 865 chip promotion is not very obvious, so friends who bought the 865 flagship in the first half of the year do not have to worry about obsolescence, at least with the current performance of the two chips, most of the games can run at the highest picture quality and full frame rate.

But running points are not the focus of this save pro. What matters more is its series of design inclinations for horizontal screen games. 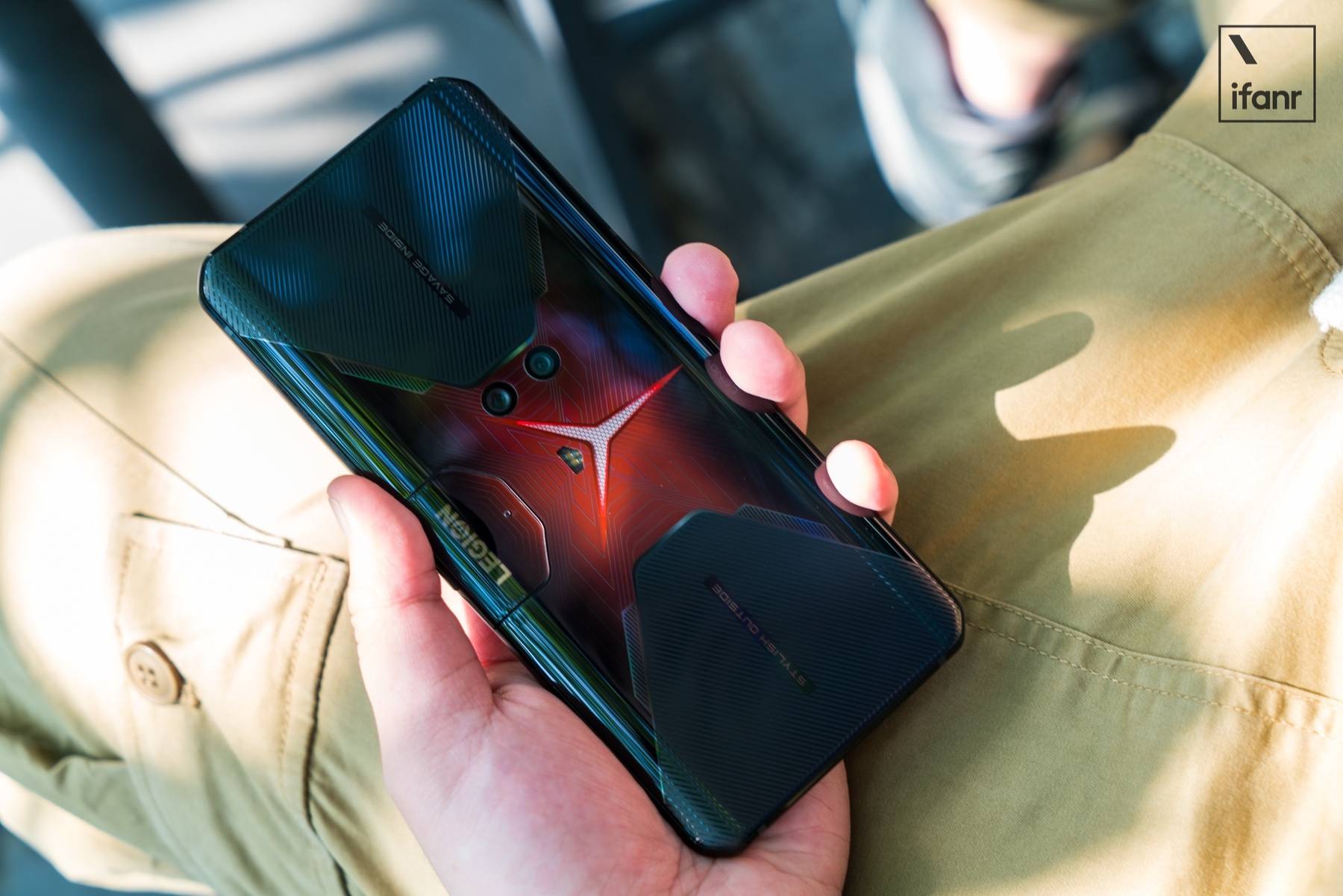 In terms of appearance, the design of logo lights on the back cover of the fuselage is the normal of game phones, but the rescuer Pro also puts the rear dual camera and flash in the center, and the upper and lower parts are anti-skid lines, which are to meet the visual and hand requirements of horizontal screen holding. 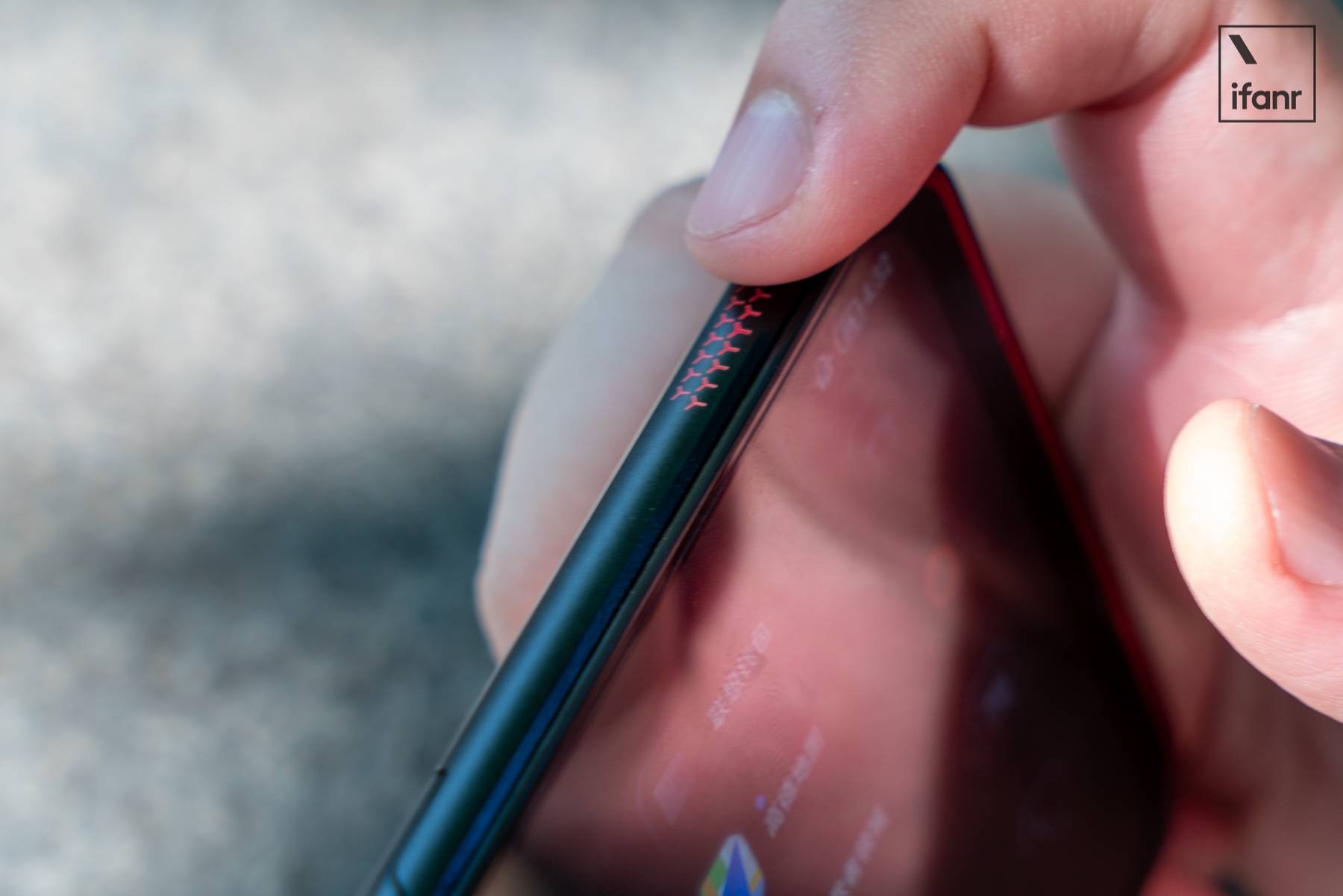 Press sensitive button on the side of the fuselage

But not all mobile phones are willing to cram two X-axis linear motors for the feel of the hand. 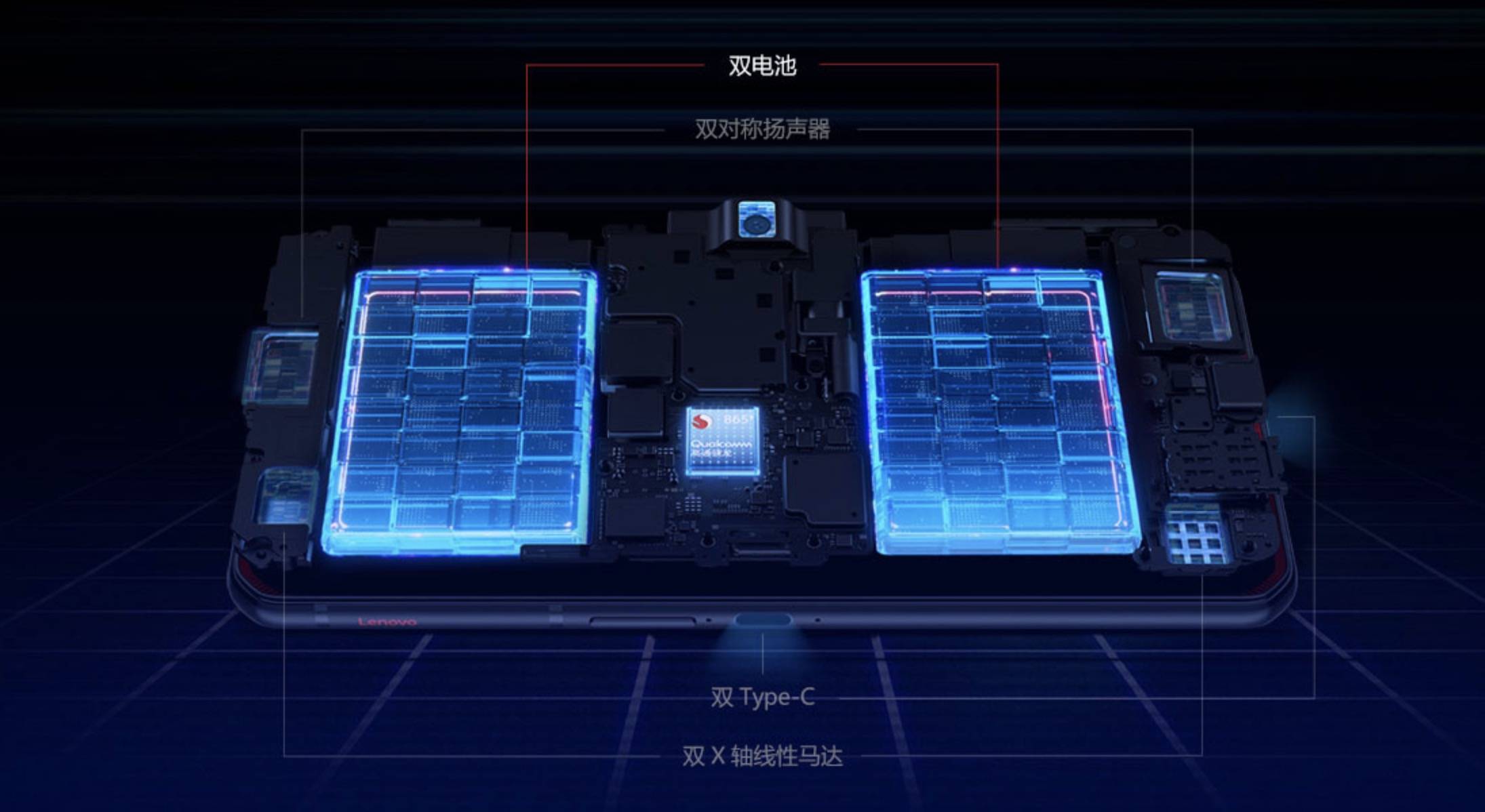 According to the official statement, the rescuer Pro installed a linear motor in the upper and lower parts of the fuselage, which not only achieves the best in the industry in terms of vibration amount and start-up and stop time, but also simulates hundreds of tactile feedback effects.

The bilinear motor can be used to determine the location of the gunshot in peace elite. The vibration on the left side represents that there is a gunshot on the left side. Similarly, when the mirror is opened and the pressure is pressed, there will be corresponding vibration feedback

After using more materials, the "vibration delicacy" of the rescuer Pro will be better than that of similar products. The most obvious point is the two operations of "open mirror aiming" and "shooting" in "peace elite". Although the pressure sensing key is not a solid structure, the linear motor can well simulate the touch of the handle trigger key.

In the glory of the king, the steering wheel also makes the damping and rebound feeling of the real rocker. When you press the skill icon, you will have the same touch as pressing the real button. 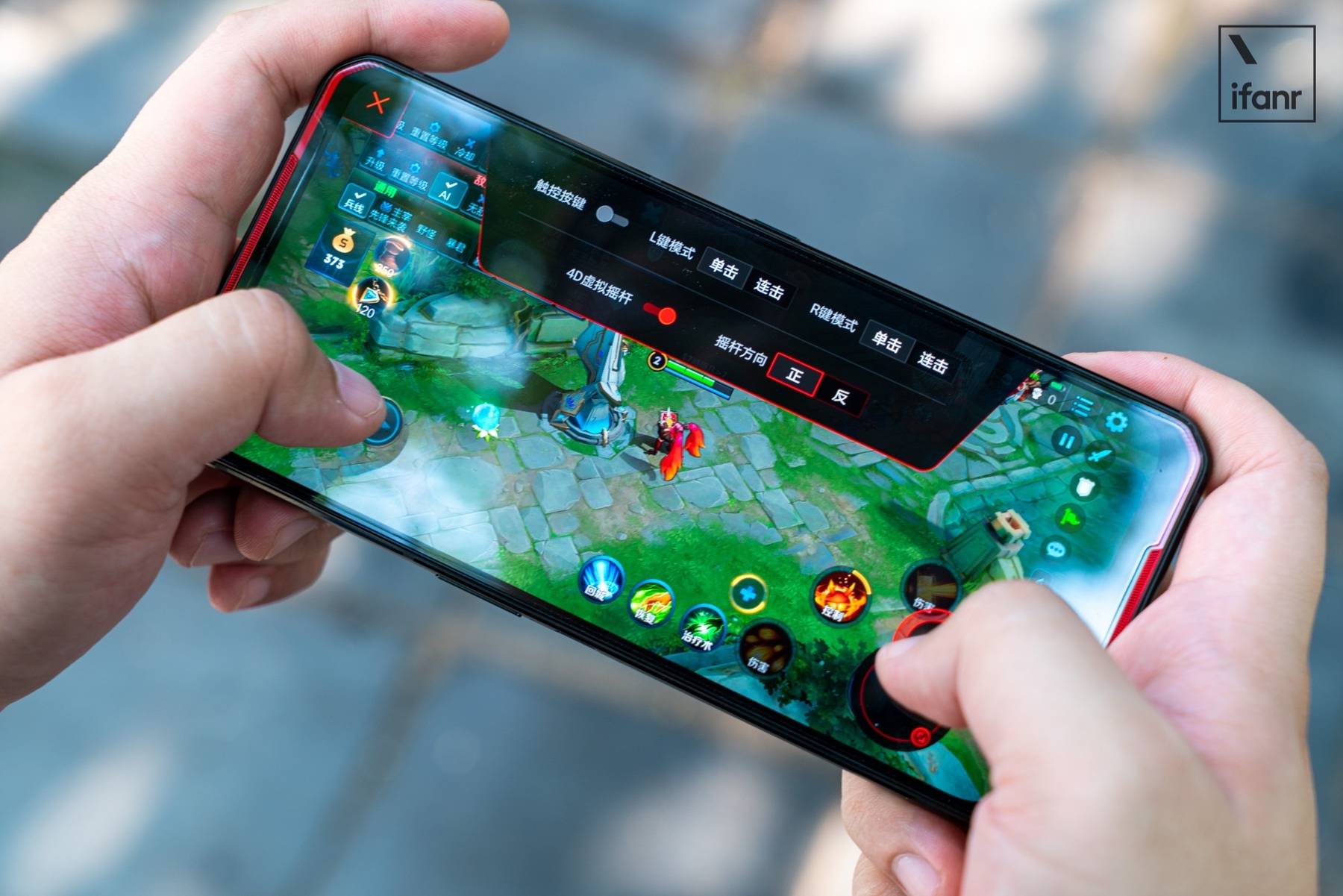 Currently, Savior Pro has worked with some games to customize specific touch feedback effects. For example, in "national gun battle 2", the mobile phone will rely on vibration feedback to prompt which direction you attack; in "QQ flying car", drift, collision, collection of props and other situations will also trigger vibration.

These vibration optimization for the game is not common, but only the game phone will take care to do. 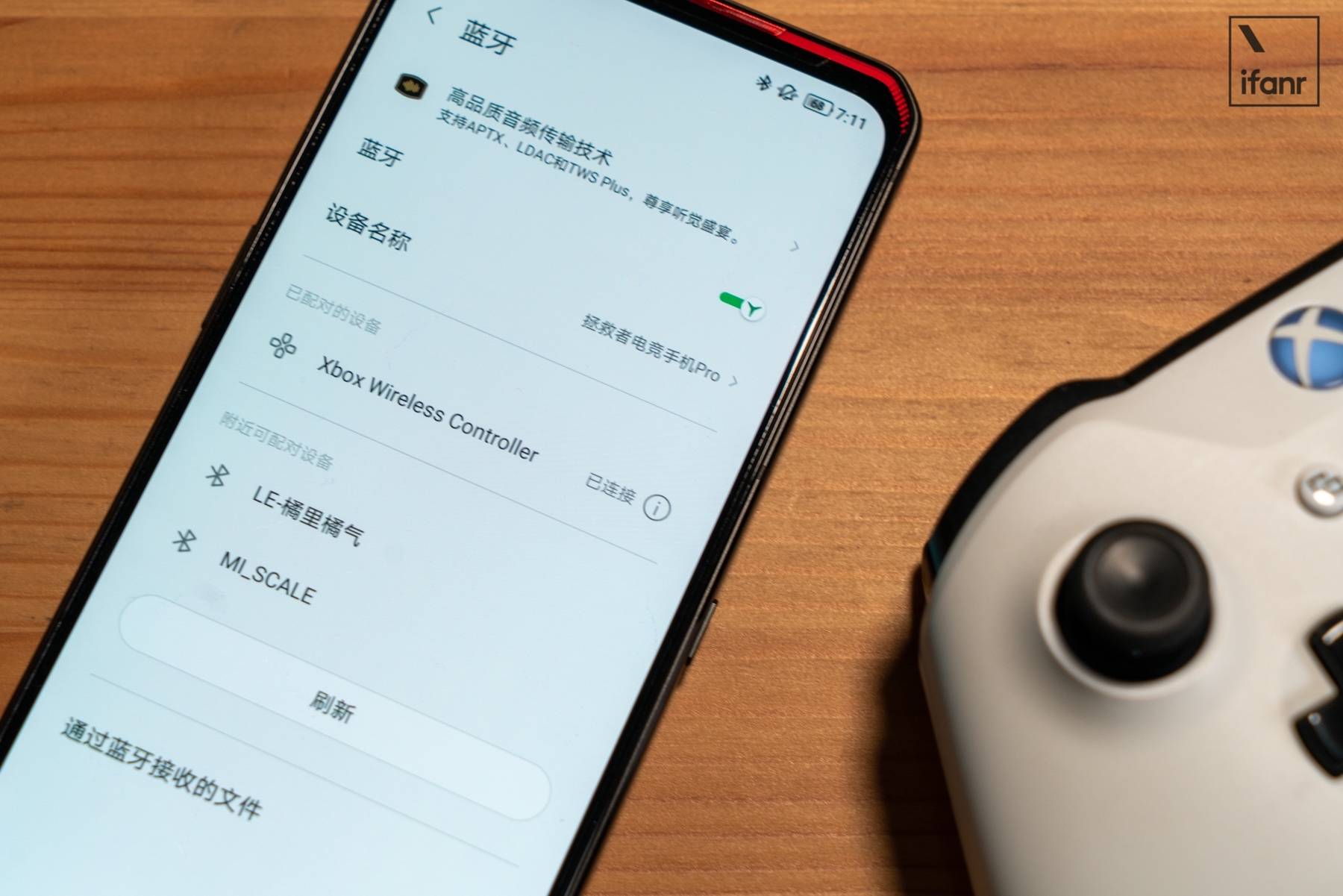 The handle is directly connected to Bluetooth, and then it is supported by key mapping

Even if you really don't like touch-screen operation, Savior Pro also supports pairing with the Xbox one and PS4 handles, and then uses the physical handle to operate mobile games through key mapping.

Today, most manufacturers regard selfie as the core function, but the front camera of savior Pro is a special existence.

It uses a pop-up front camera structure, and also places it in the center of the side of the phone. 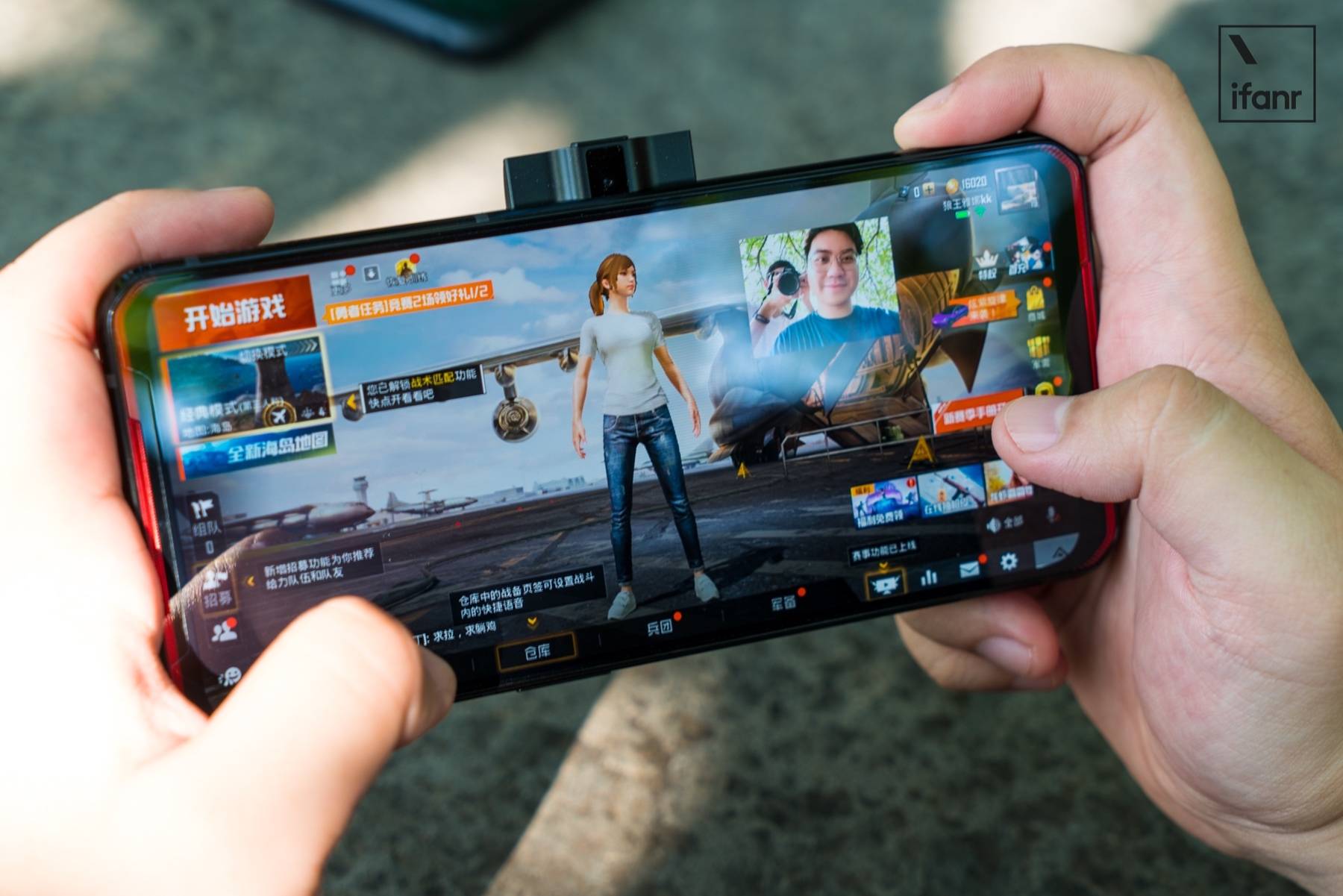 When you take self shot with the front camera, the angle will be a little awkward, but it is suitable for live game

Although the layout is very different, but it is very targeted

After all, with the camera in the middle, the presenters can raise the camera at the same time during the game, without having to worry about problems such as fingers blocking the screen or distortion of the viewing angle. Out of the house, there is no external camera or microphone, relying on a mobile phone can also meet the needs of live broadcast.

The front camera can be called out at any time during the game, and the screen will appear in the form of a small window

For ordinary users, if they also need wechat and QQ video when playing games, this design can also play its value. 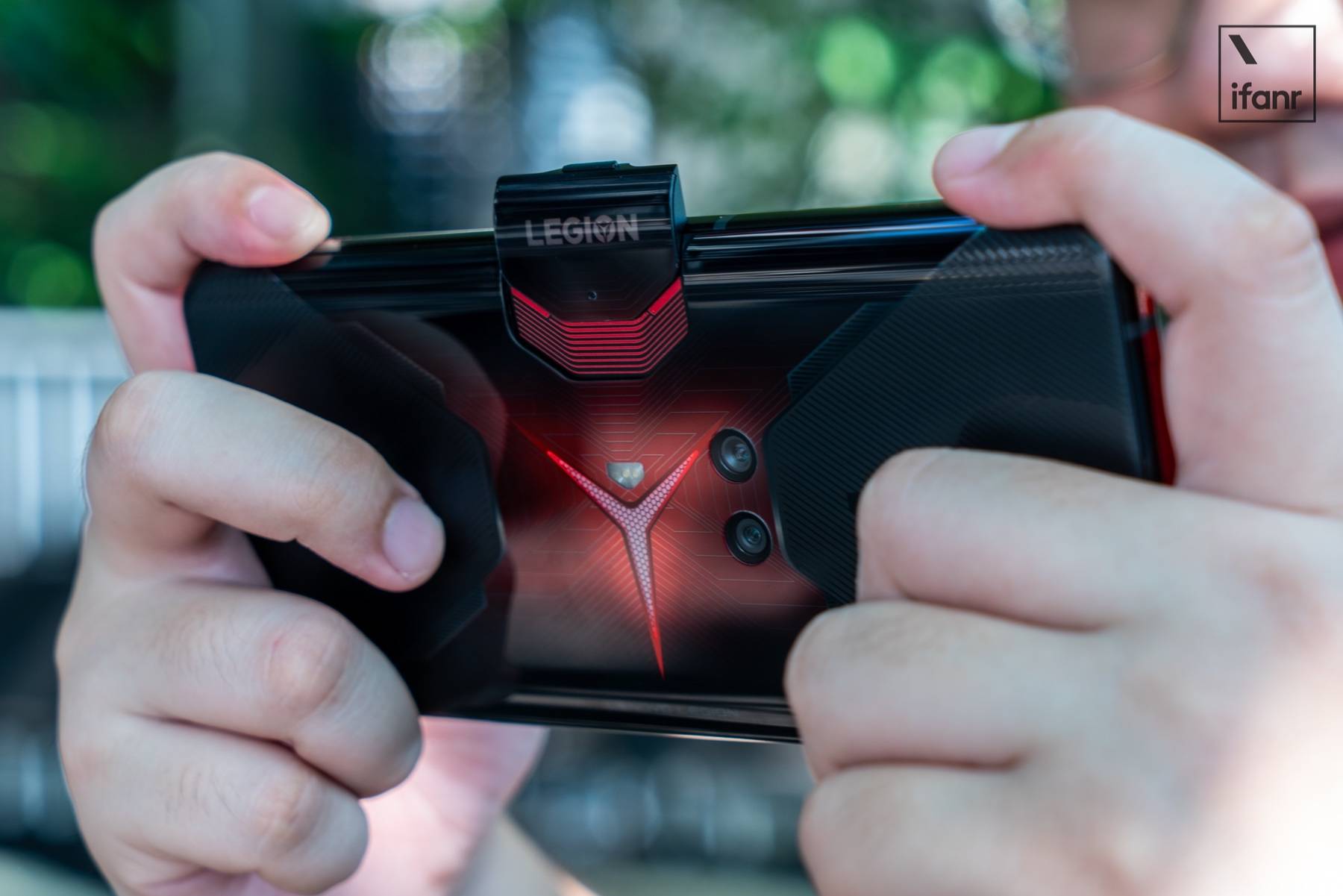 The Savior Pro puts most of the components in the center, mainly to improve the experience of horizontal screen games

The problem of heat dissipation is often mentioned by major game phones. This time, the rescuer Pro used a double heat pipe structure to improve the heat dissipation efficiency, and added plastic parts with poor thermal conductivity between the frame and the front shell metal to slow down the scalding of the mobile phone frame.

There is also a greater impact on heat dissipation is the motherboard structure changes. Most of the mobile phones that we usually see, due to the three-stage layout or L-shaped motherboard, the heating area is concentrated on one side of the body, which makes the mobile phone very hot when playing games. 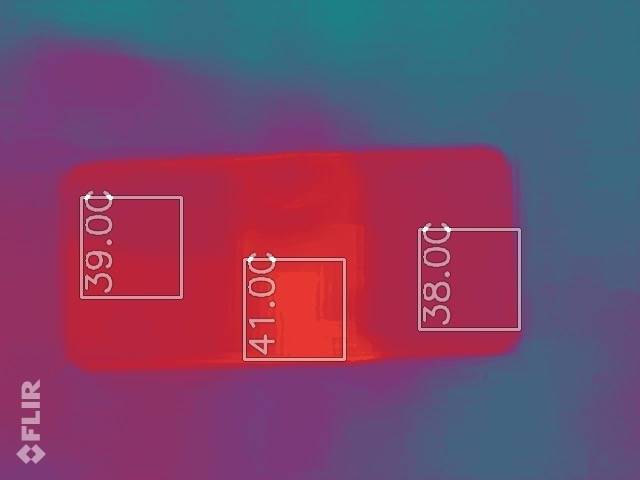 The method of savior Pro is to change the motherboard into a central one, which means that most of the core components, including the processor, are placed in the central area of the mobile phone, while the battery is divided into two parts (2500 MA in each, 5000 MA in total).

In this way, the fingers can avoid the heating area to the greatest extent, and improve the holding experience of horizontal screen games. 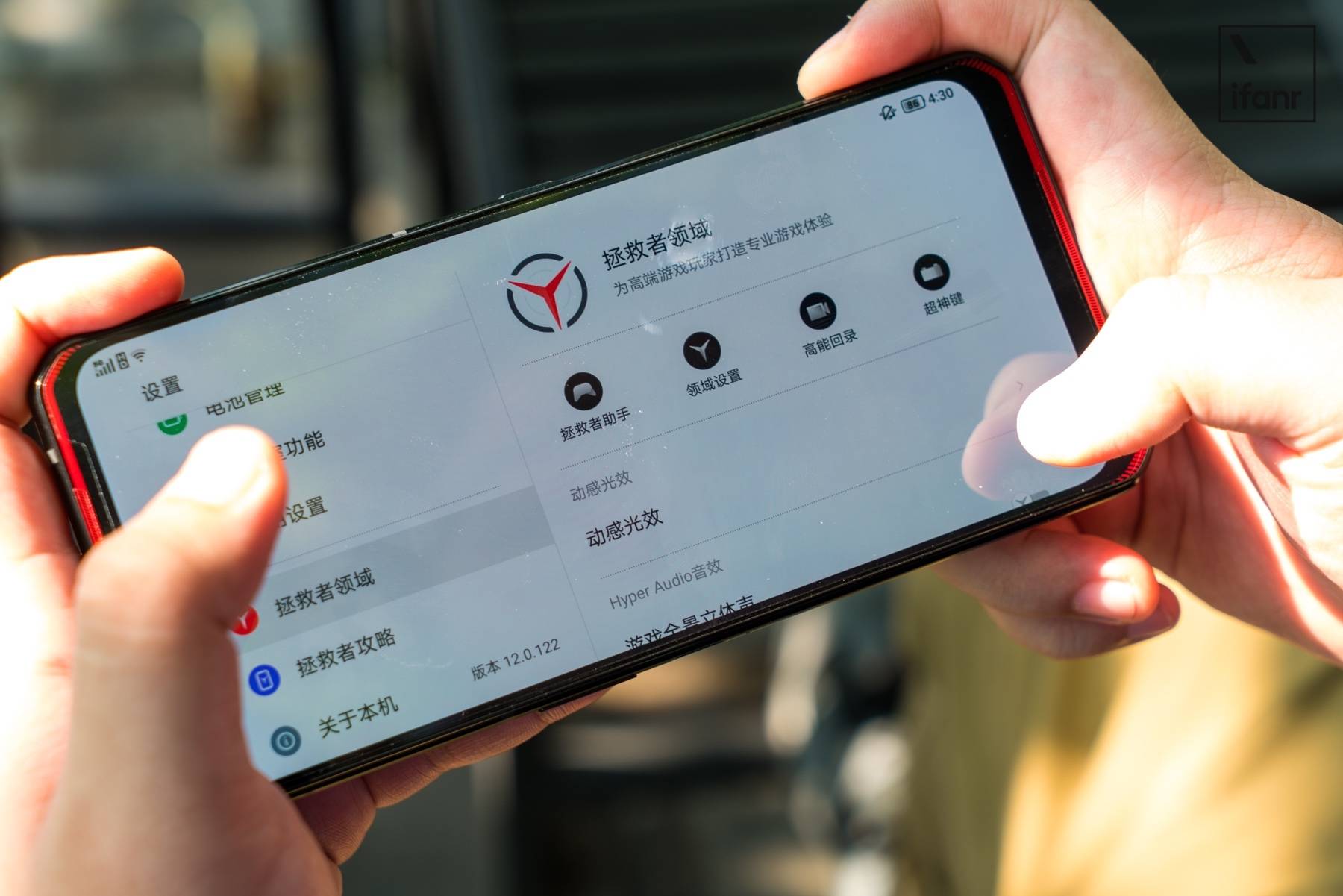 The left and right column layout in horizontal screen state

As far as the current experience is concerned, the Legion OS system carried by savior Pro has optimized the main screen and all system level applications. Even the negative one screen, security center and lock screen, which have nothing to do with game scenes, also supports horizontal screen display.

Lifesaver Pro has optimized most of the system interfaces

Because of this, even if you use your mobile phone completely, as long as you don't open the microblog, microblog, wechat and other third-party applications, you won't look at your mobile phone with your head tilted. The built-in vertical screen allows users to switch back and forth quickly according to the gravity.

With dual C port to achieve 90W fast charging, you can also connect the display screen and keyboard and mouse to play games

This time, the rescuer Pro installed a usb-c interface at the side and bottom of the fuselage respectively. It is not a laptop. Why do we need to make more than two interfaces on the mobile phone?

One of the C ports is directly connected to the monitor (or wirelessly cast the screen), and the other port C is connected to the keyboard and mouse (if all are wired keyboard mice, you can connect an extension adapter first), and then you can play chicken with the big screen 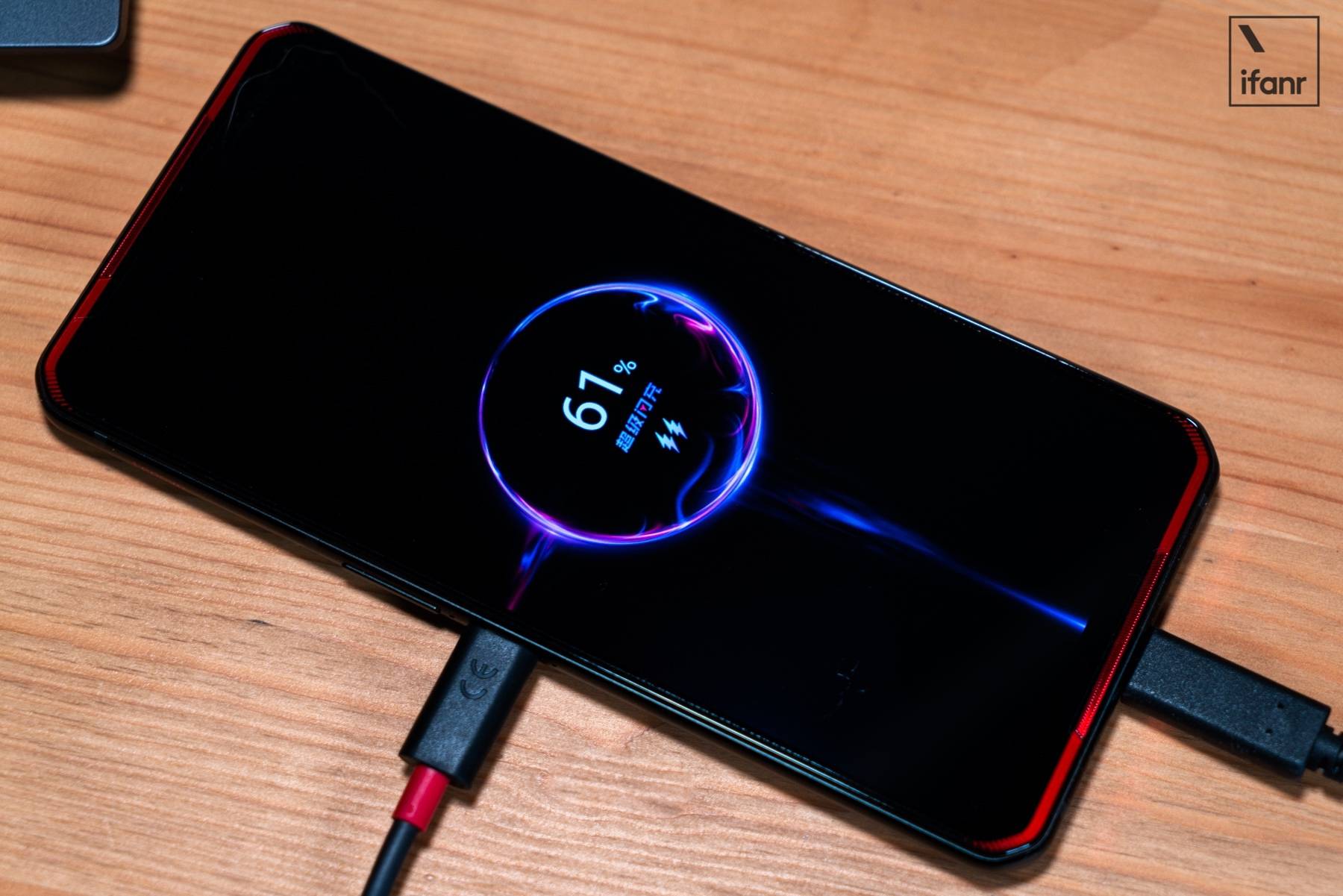 Second, the dual C port is designed to enable the Savior pro to achieve "stacking and fast charging".

Officials say both C support QC 3.0 and PD agreements, which, if used at the same time, can be "45 The maximum power charge of 45=90 W」 can be filled with 5000 Ma battery in about half an hour, which is also a kind of "curve to save the country" fast charging idea.

In actual use, the dual C port can also take care of the scene of charging and playing horizontal screen games while charging, so as to avoid the situation of hand jamming. 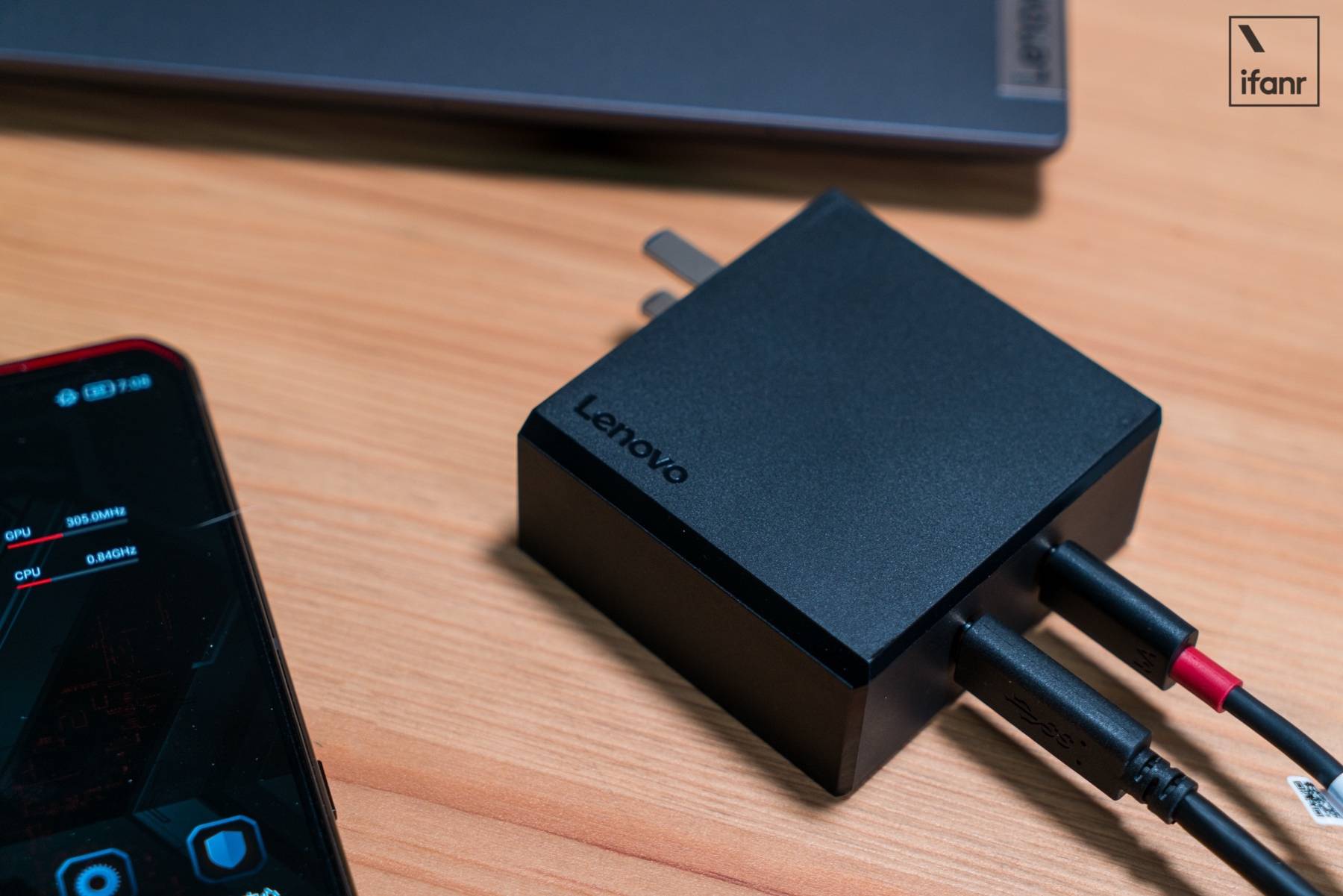 In order to match the functions of fast charging and extended display screen, the top version of savior Pro also comes with two USB 3.1 data cables from C to C and a dual port Gan charger.

The charger itself supports single port up to 90W output, or dual 45W output. It uses the standard PC protocol, so it can also be used to charge macbooks and other laptops when the phone is not charged.

Are game phones worth buying?

In fact, there are many surprises in the design of savior pro, and we seldom get a chance to see a product that is willing to optimize the "horizontal screen game" from the motherboard structure to the camera, to the fuselage design and system interface.

However, on the other hand, it also looks like a branch of the smart phone market, proving that there is another possibility of mobile phone form. 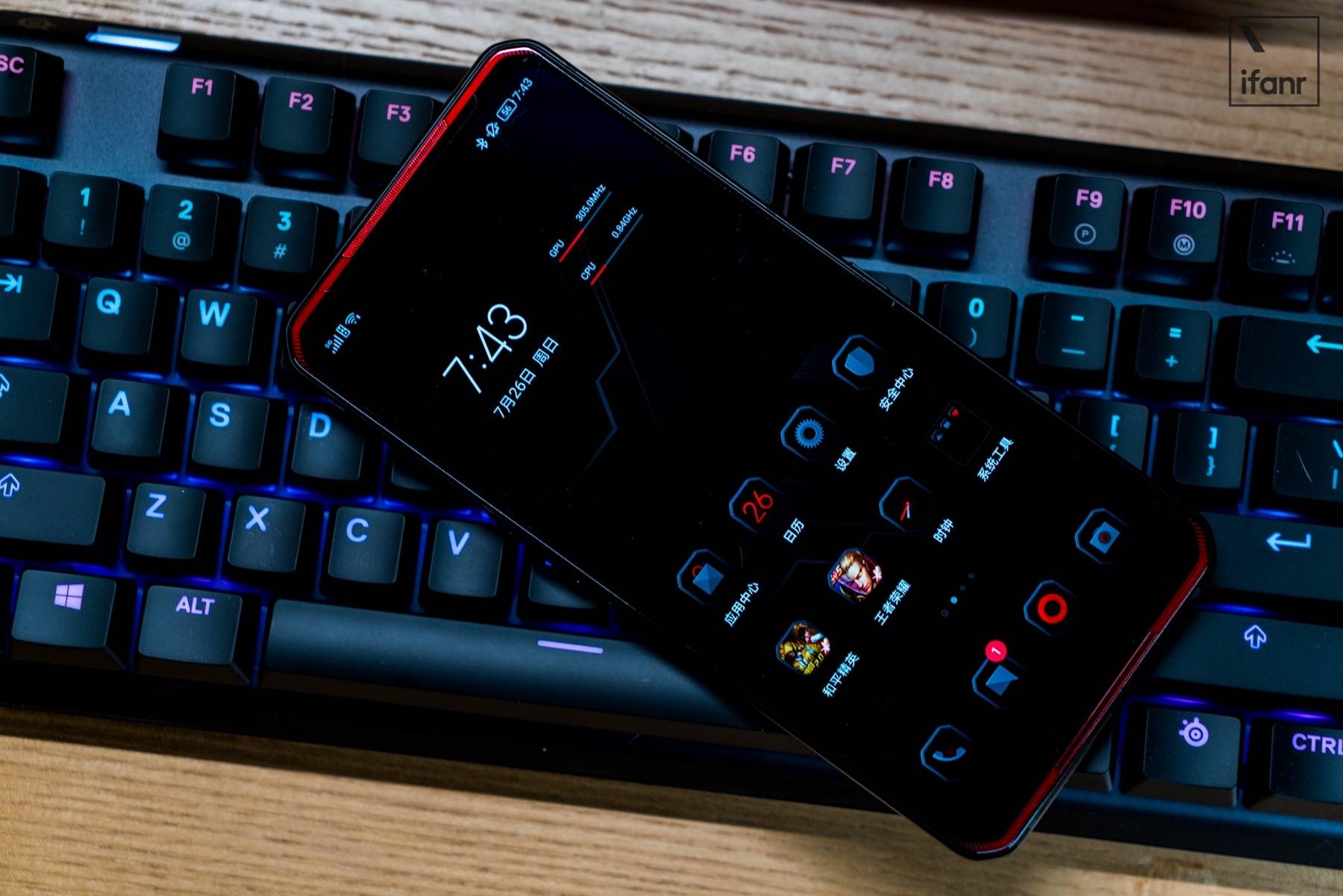 Currently the price of e-sports mobile phone Pro has been announced ,3499 yuan 8 The 128GB version makes sense as a starting price, but it comes with a single charger for 45 W, with 90 W and 16 for both 512GB top version, other versions price as follows:

Of course, surprise is one thing, but whether it is worth buying is another.

This design trade-off for the horizontal screen is certainly not flattering if the rescuer is Pro a device for the public, along with its lightweight fuselage, the weight of the machine's 239 g, only a FHD level of screen resolution, and a slightly awkward selfie angle, too straight for styling and so on, all of which are drawbacks compared to traditional phones. 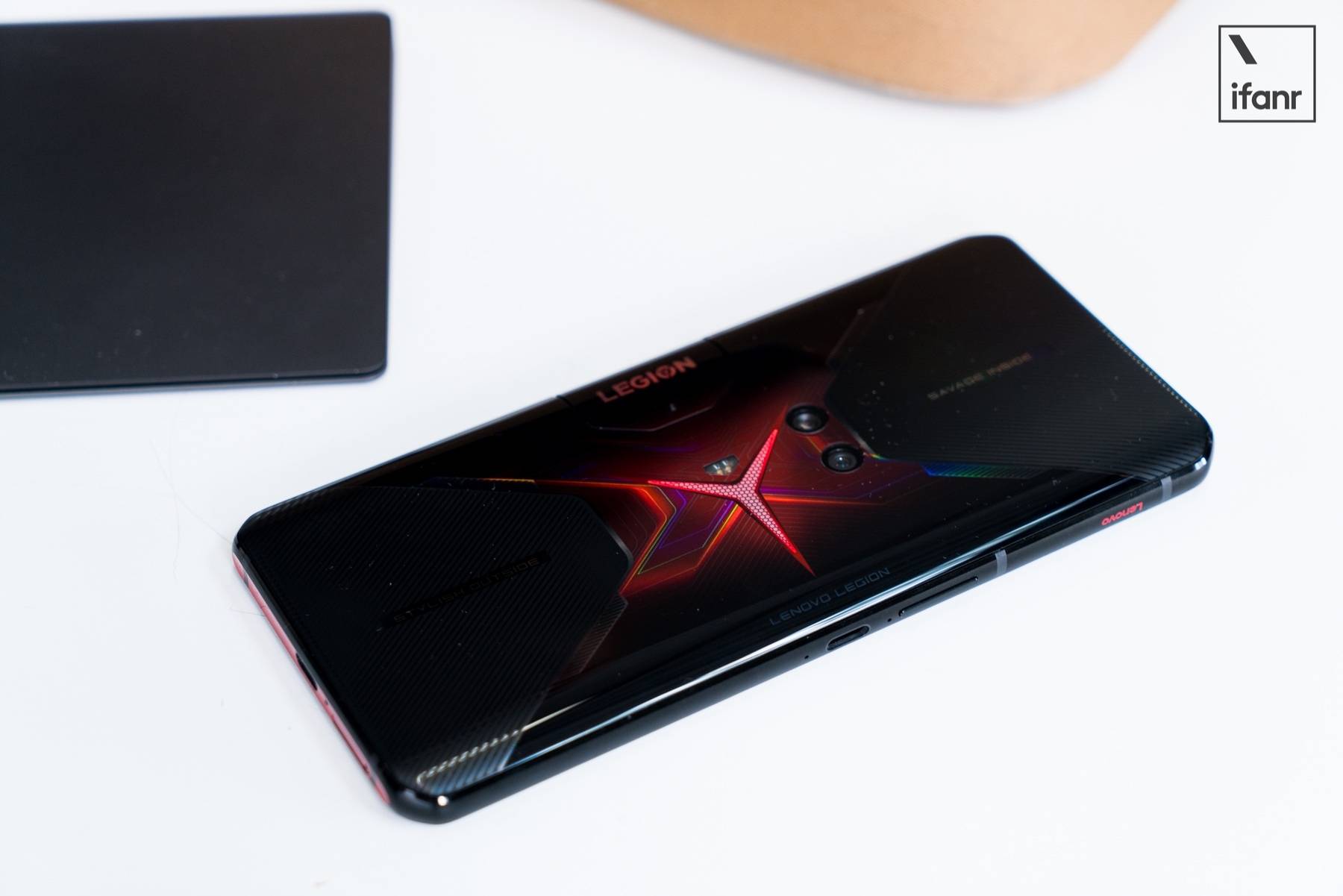 However, because it is a game phone, I am not inclined to restrict it with the indicators and requirements of traditional mobile phones. Heavy mobile game users who can really get started with game phones probably don't care about how to take self portraits. They prefer to make their mobile phones thicker and heavier in exchange for larger batteries. 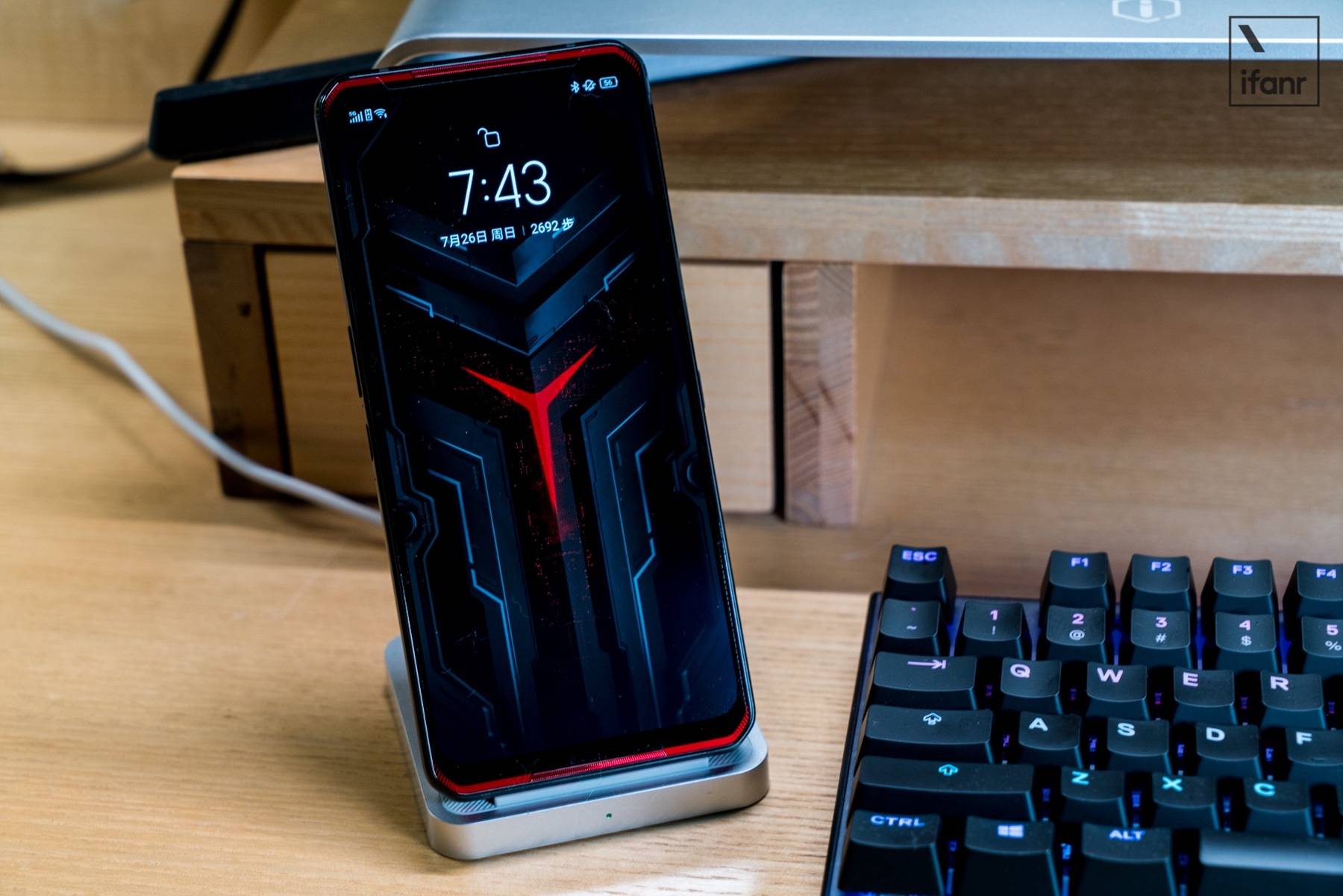 In terms of scale, the number of users that game phones are facing is certainly not comparable to that of the mainstream market. However, with several core mobile games gradually moving towards e-sports, more and more mature competitions have been generated. This seemingly niche market may indeed have a more significant number of users than we expected.

It depends on whether they are willing to give generously for the game phones.