On July 27, fortune chinese.com released the latest Fortune 500 list, and Xiaomi group was listed again.In the overall list, Xiaomi group ranked 50 this year, 3 places higher than last year, and ranked in the top three of the Internet service list. 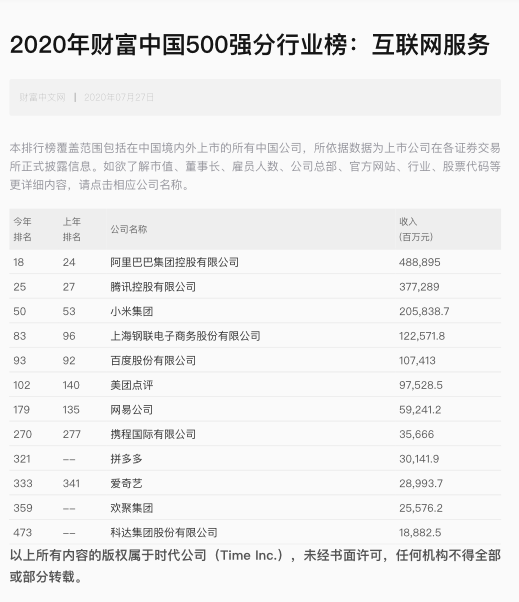 According to CICC's analysis, the high-speed growth of Internet services continued for many years this year. In the past year, according to the industry classification standard of fortune (Chinese version), the Internet service industry's revenue increased by 31% year-on-year.

In last year's Fortune Global 500 list, Xiaomi group was ranked 468 for the first time。 It took eight years for Xiaomi group to become one of the fastest Internet and technology enterprises in China。

In the past year, the revenue of Xiaomi Group continued to rise,According to the financial report, Xiaomi's total revenue in 2019 exceeded 200 billion yuan for the first time, reaching 205.8 billion yuan, with a year-on-year increase of 17.7%. After adjustment, the annual net profit was 11.5 billion yuan, up 34.8% year on year. 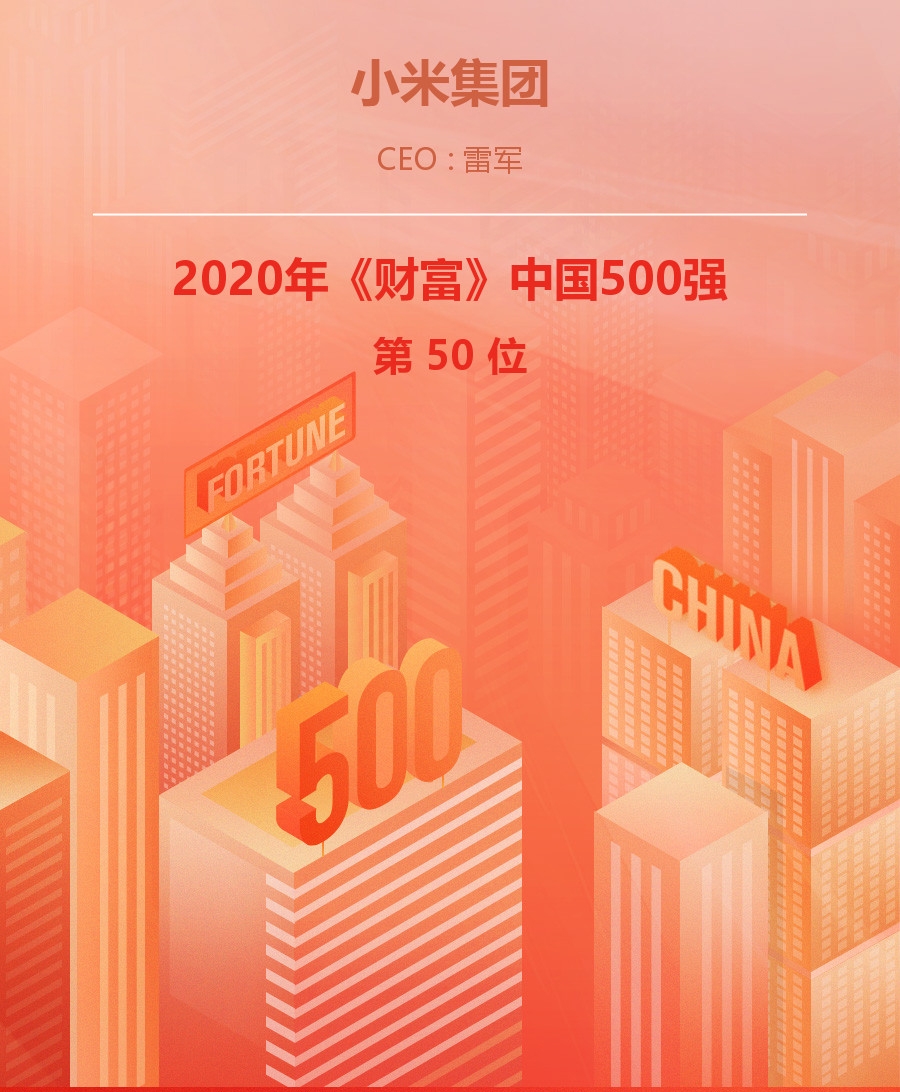 Lei Jun said that Xiaomi will continue to increase scientific and technological innovation, so that the artificial intelligence internet of things will become a service capability throughout Xiaomi's intelligent ecological products, platforms and scenes.