TikTok, overseas version shake sound, byte beat production. And it's one of the most successful global products —— Chinese technology companies have ever had. Moreover, it grows in the field of giants —— overseas Facebook、 Google, which is not a deep-rooted giant, but can suddenly rise, popular among overseas users.

But it can grow tenaciously in a crowd of people, from the mugging of Facebook, zachberg, to the edict of the US and Indian government, which boasts fairness. It's really a product that can't be used to and can't be dried out. So the question tiktok, TikTok, what is the core secret of overseas development?

In three years, it has rolled over famous overseas social platforms

On the one hand, it's still hard to forge iron. First of all, from the perspective of intuitive download volume, the number of tiktok launched in 2017 has basically increased in sensor tower. Among them, the key burst node occurred in November of that year, at that time, the byte skipping completed the alignment Musical.ly The acquisition and merger of. Since then, although tiktok has been subject to policy sanctions from different countries (FTC accused tiktok of illegally collecting children's information, etc.), it shows a downward trend in the first two quarters of 2019;

But on the whole, the number of downloads remained stable and accumulated in just three years400 millionMulti user.

According to the download ranking data in February this year, tiktok remained extremely hot before India announced the ban.

American Our Favorites Classification No .1

Music classification No.2 in Canada

Tiktok, which was officially launched in August 2017, beat Facebook's instagram and Google's youtube and other old mainstream social platforms in just three years.

Even if the foreign governments personally suppress it, it seems that tiktok will not be able to stop its soaring momentum with a large number of overseas factories.

So, why did TikTok get out of the siege?

Tiktok's overseas fire should be judged from today's headlinesMusical.lyAbout the acquisition.

This short video software called "American youth express Kwai" has been launched in a year.AppleStores are at the top of the list in the U.S., with unlimited potential.

Zhang Yiming saw the short video social software at a glance, and directly in November 17 to$1 billionIts capital bought it.

In fact, both Kwai Fu and Fackbook had been there before. Musical.ly The relevant parties discussed the acquisition, but failed to reach an agreement.

Musical.ly The investor, Fu Sheng from cheetah, put forward a "bundle sale" requirement in the acquisition Musical.ly At the same time, the news Republic and Live.me That's nearly a billion dollars.

At the time, you know, Musical.ly was valued at about $500 million. 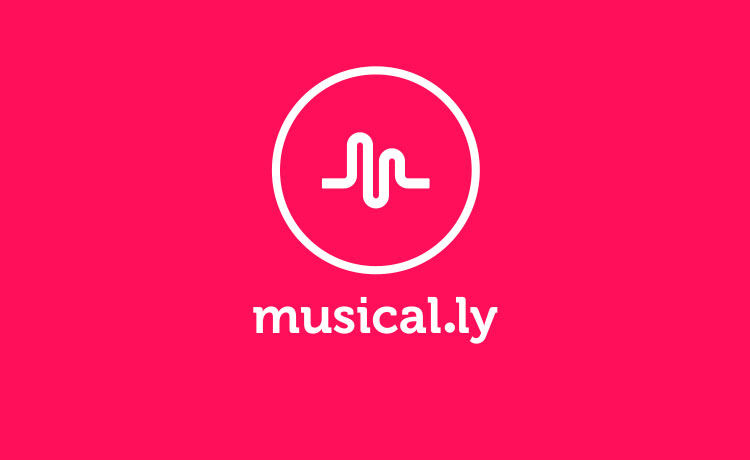 The Kwai refused, but Zhang Yiming resolutely answered it.

Now it seems that this is a clear decision. Compared with tiktok's single entry into the European and American markets, Musical.ly The "rivers and mountains" laid overseas are undoubtedly the best foundation for localization.

The source of user fission is available, and the characteristics of tiktok's own products determine that it can bring "viral forwarding" effect.

In terms of product content, tiktok has fully magnified the imitation behavior of "the essence of human is a repeater", and has carried forward the foreign meme culture to the extreme.

Meme culture, in the youth group, refers to the imitation behavior. Through the formal imitation, replication, variation and transmission, the culture is transmitted. The sand sculpture effect produced in the process brings endless fun to the dissemination and audience.

In the process of dissemination, tiktok's software has made three innovative moves: setting the topic label as a category; providing a fool's operation template; allowing users to upload their own music.

Imagine that you can follow the trend and show yourself on tiktok in three steps:

The first step, in the search box one-click search, immediately search the video content under the tag of interest;

Second, when you want to record video and follow the trend tag content, you just need to select the recording template, and you can bring your own pruning and other big effects;

Finally, upload your own music to preserve the user's personality.

Under these tagging, there are a large number of video association algorithms, which make every story relevant.

In the form of playing, the video adopts immersive and vertical screen playing. The former allows users to give up thinking and do not need to make a choice, so they can see the video type they want according to the algorithm; the latter makes it easier and faster for users to flip the screen to view the content without having to exercise their cervical vertebrae.

In terms of video creation, users can jump directly from the creator's tiktok home page to Youtube and INS, which is very friendly to the development of creators.

Three sharp weapons, the development of the TikTok directly pushed to the peak.

Even Zuckerberg has made a very high evaluation of tiktok. His words are full of fear

I do think tiktok is worth noticing, not only because it's the latest trend, but also because of its expansion - geopolitically, what they're doing is worth thinking about.

Embarrassingly, one year after it was launched, Lasso's downloads were only425000 timesThe New York Times commented on this as "a poor copy.".

Instagram, a subsidiary of Facebook, which tried to launch a short video software in South America, has also lost money because of its poor performance.

But in fact, as one of the top Internet companies in the United States, Facebook is far from what it looks like.

It can be said that the development path of Facebook in recent years is enough to compose a foreign "Facebook has no dream".

The essence of "CV player "(Ctrl C、Ctrl V) is brought to the extreme in the process of competing with Twitter and Snapchat in the social software market: the good function made next door is copied directly.

A team within Facebook has even developed a culture of "not copying is nothing to be proud of.".

Zuckerberg himself, when Facebook was involved in violating users' privacy and facing a fine, his first thought was to drag tiktok into the water

To say Facebook more is their own problems, then to say Youtube these big companies, why did not create such software as TikTok.

Momentum is hard to find

In fact, the core reason may be that the ideas of start-ups are sometimes closer to "hasty start-ups.".

But big companies must pay more attention to business data and competition, and sometimes they may misjudge the contribution of new products to the company.

Not only that, but not all big companies CultureAre suitable for the latest ideas in the Internet trend.

Before that, when instagram became popular, Google had launched a social product called buzz, but the user experience was not good because Google's product culture focused more on functions, while instagram took more care of people's emotions.

A similar situation can also explain why some big companies can't rebuild a tiktok nowadays.

But now tiktok is facing a ban in foreign countries. Whether this is an opportunity for some video and social products does not seem to be certain.

Tiktok and how to break the loop of byte skipping

A few days ago, major foreign social platforms such as Snapchat、Ins、Youtube, have been looking for further development opportunities.

It is understood that some short video software that imitates tiktok has seen a sharp increase in download recently. 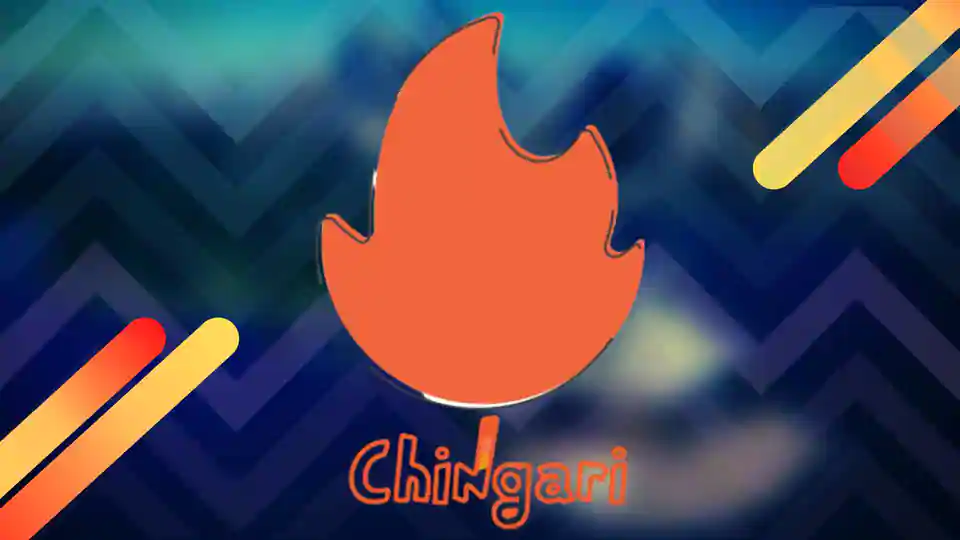 Byte skipping is considering splitting tiktok into an American company and guarantees that it will not share any relevant information with domestic companies.

But whether this will win the trust of the US government is unclear.

Now it seems that the battle will continue.

Related news
How do you fight Facebook?
How did tiktok beat Facebook in the US?
Copycat: taking tiktok Facebook seriously
HOW I GOT MY EX BACK
How can i get rid of Herpes outbreaks and symptoms (+2348163
Hot news this week
Us chip giant obtains supply license to Huawei: will abide by US law 100%
AMD is licensed to continue to supply Huawei? Don't be happy too soon
Baidu opened the black technology conference to CCTV, the host sighed: liberal arts students understand
iOS 14 code exposes apple's "family bucket package ": Apple One subscription service is about to launch
[Live Video] Apple's fall 2020 launch: two apple watch and two iPads
Tencent responded to the Commerce Department's decision to continue communicating with the U.S. government for a long-term solution
Is it worth buying from 7499 yuan? A picture to understand the glory Hunter Game v700: top performance, lightweight body
Following Apple A14, Lu Weibing preheating millet new product: also 5nm
Amd CEO Su Zifeng will deliver keynote speech at CES 2021: sharp dragon 5000 APU is expected to appear
Lenovo announced that thinkbook New Youth creation book will be launched on September 24: support 180 degree reversal
The most popular news this week
Baidu curiosity night show AI black technology every one is worth your curiosity
Baidu health makes every effort to build a health vertical content aggregation platform to help realize "healthy China"
After watching Baidu World Conference, the unmanned car Baidu 2021 "school recruitment car" can not be missed!
5-year-old playing piano in Oxford speech with Zhang Liangying Baidu creator Liu Qingyao this thoroughly fire
Google Gmail's new logo is in the pipeline
This domestic game with plagiarism is worthy of its attention?
New energy eventually becomes Tencent and Ali's game
Avoid chip bottleneck, cloud hand opportunity is the way out?
GitHub will replace the term "master" with "main" from next month
Four reasons for choosing sharp dragon notebook