Amazon CEO Jeff Bezos (Jeff Bezos) will make his first statement to the U.S. Congress on Wednesday, marking a major shift in his role. Prior to the Amazon government relations affairs, he basically adopted the attitude of letting go. 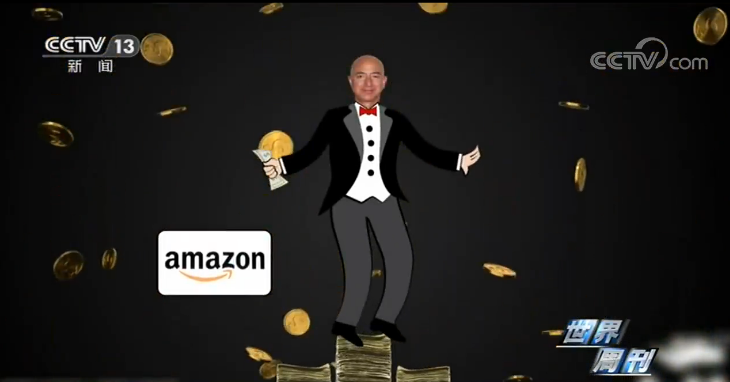 The following is the main content of the article

In September last year, Amazon eco Bezos was in the famous national press club, two blocks from the White House, to talk about the terrible data about global warming. At the time, he said he had something exciting to announce.

He unveiled a towering sign that didn't show the name of Amazon. The sign describes his "climate commitment," a project aimed at driving businesses to reduce carbon emissions. Yes, Amazon was the first and only company to sign the project. But Bezos said it would give more momentum.

Although it's corporate news about Amazon, it's portrayed as a bigger vision.

The event reflects Bezos' attitude towards Washington, D.C. He seized the opportunity to portray himself as a politician, such as the Savior of the Washington Post, and a place in the country's elite. At the same time, he doesn't like to engage in day-to-day work to strengthen Amazon's influence over policymakers.

However, when Bezos went to Congress for the first time on Wednesday, everything changed. He will work with alphabetAppleJoin Facebook's CEO in a congressional survey of U.S. technology giants. He is expected to face more intense criticism, as well as questions from various sources, such as Amazon's labor conditions, market position, and his position as the world's richest man.

This form of public appearance was something Bezos had tried to avoid in the past.

Regarding how his old friend Bezos has dealt with the U.S. government so far, AOL co-founder Steve Case (Steve Case) said :" This is not traditional political lobbying, more like long-term relationship building: building a reputation step by step, which may last for decades ."

Bezos came to Washington, D.C., in 2013, causing a shock. At that time, he bought the Washington Post from its long-term owner for $250 million, bringing new life to the old newspaper. In 2016, Bezos bought the largest house in the area: a 27000 square foot former Museum house in the kalomar community. Former President Barack Obama and other politicians live there.

With Bezos's growing influence in New York, so does Amazon. Amazon began to invest more money to influence policymakers in the traditional way. According to the center for Responsive Politics, Amazon spent $16.8 million lobbying the federal government in 2019, compared with less than $10 million in 2015. Data disclosed by Amazon also showed that the company donated 11.1 million US dollars to relevant think tanks and associations last year, more than double the previous year. In 2018, Amazon also chose Crystal City, Virginia, which is close to Washington, D.C., as its second headquarters.

Bezos occasionally comes out and gives Amazon a platform for this. In 2017, for example, he was interviewed by the head of the Internet society at its annual conference. The Internet association is a lobbying group representing Amazon and other technology giants.

However, like his attitude to many other parts of Amazon, Bezos took a hands off approach to government relations and public relations. The Department now has more than 800 employees worldwide. He will attend the annual Amazon board meeting via Washington, D.C., and visit Washington D.C. several times a year.

he has been avoiding public meetings with the company's most acute critics, unlike Facebook CEO mark zuckerberg (Mark Zuckerberg) did. A few weeks ago, the latter met with organizers of the campaign against Facebook advertising. Nor will Bezos habitually entertain members of Congress who have doubts about the company, as Alphabet's boss, Sandal Pichai (Sundar Pichai), did in 2018. Unlike Apple CEO Tim Cook (Tim Cook), Bezos has no close relationship with US President Donald Trump.

Amazon's government relations work was left to other executives. Dave Clark (Dave Clark), then a star executive within Amazon, accompanied former US President Barack Obama to the Amazon warehouse in 2013. A former Obama news secretary, Jay Carney (Jay Carney), has become a link between Amazon and lawmakers in recent years.

Carney is doing well in this area. For example, he had called New York Governor Andrew Cuomo (Andrew Cuomo) to explain that Amazon had to give up its promise to set up a second headquarters in New York because of strong opposition from local activists and politicians. And when independent senator Bern Sanders (Bernie Sanders) from Vermont asked Amazon to raise the minimum wage, he also managed the crisis.

When trump ran for the first time in the general election and his approval rating was low, Bezos tweeted that he wanted to "put trump in space.". However, Bezos remained silent after Trump's election, even as trump repeatedly attacked the Washington Post without evidence, saying the newspaper was acting on Amazon's request. Currently, the paper is privately owned by Bezos, not Amazon.

"Bezos usually shrugs and says that's reasonable," case said. I'm sure Bezos doesn't like the situation, but he does

By 2018, local media in Washington, D.C., reported that Bezos had "quietly become a Washington D.C. social celebrity who could walk freely", and the illustrated photos beside him showed him standing on the Washington Monument. Bezos is already one of the 100 most powerful people in Washington, D.C., according to a follow-up survey of the wealthiest residents in Washington. In November, he won an award at the Smithsonian Institution's National Portrait Gallery, which also announced that it would collect his portrait.

In January this year, Bezos appeared in his mansion, entertaining well-known figures in politics and business. The invitation was sent from the e-mail address of the Washington Post company and signed "Jeff.".

The guests gathered downstairs and in the backyard. The guests include political figures such as Trump's daughter, son-in-law Ivanka and Kushner, JPMorgan Chase CEO Jamie Dimon (Jamie Dimon) and stars such as actor Ben Steele.

Utah Republican Senator Mitt Romney (Mitt Romney) was also present. A few weeks later, talking about the mansion, he said :" the house is highly consistent with the original design, the decoration is very tasteful ."

Romney said he only had a brief conversation with Bezos at the party, thanking him for his hospitality. However, he had more exchanges with another distinguished guest, Bill Gates (Bill Gates), on climate change and nuclear energy. "So, this is the most pleasant ." He said.

This week, however, the environment on Capitol Hill may become less friendly. Bezos's wealth has increased by more than $50 billion in recent months, but at the same time, the epidemic has led to a surge in unemployment in the United States. Therefore, Bezos has become a concrete manifestation of unfair income distribution. As more and more Americans are forced to shop online because of the epidemic, doubts about Amazon's market dominance are growing. Amazon warehouse workers also believe that Amazon pursues fast delivery, but puts them at risk of being infected by the virus.

Despite growing political concerns about Amazon, Amazon has previously refused to let Bezos go to Congress. Amazon finally agreed to do so after the legislature threatened to subpoena him.

The chairman of the antitrust subcommittee of the U.S. House of Representatives Judiciary Committee, Rhode Island Democratic Rep. David Sillin (David Cicilline), told the Twitter in May :" No one is above the law, no matter how rich and powerful he is ."

Case sat with Bezos' parents at the event. 'a lot of people in the room don't actually know Bezos, but they are very impressed with him,' he said. Case said Bezos hopped back and forth between the prepared speech and free play. "His best ambassador is himself."

Related news
Amazon CEO Bezos's Transformation: forced to become a Stormer of government relations
Hot news this week
Titanium Media Publish Assesum: People's Bank: Digital RMB Winter Olympics pilot has entered the sprint phase; Tesla announced that 250,000 Powerwall energy storage power stations have been installed
Alibaba and Tencent have received more than half of the 43 antitrust fines, and lawyers say the penalties are likely to increase
Study on the sequelae of COVID-19 in the Chinese team: Shortness of breath, depression and other problems still existed nearly one year after discharge
Capital does not love SAIC, "flying" subsidiary, Jet Hydrogen Technology intends to go to science and technology board
Huawei redefines one of the three major communication networks of the underground communication network
Tencent responded to "APP to get ridiculous": Upgrade APP is now downloaded for user rights protection
Gree announced the implementation of the double-holiday work system Dong Mingzhu from the media voice netizen God reply
The approval of Sensetime's IPO gives the metasurverse concept another ride
Netease Cloud Music will soon be listed on the back of 200 million monthly live users how to make money
US media: If it is unable to quickly solve the problem of incomplete behavior in the company, the moving Blizzard CEO will consider resignation
The most popular news this week
Regulation of crypto assets is difficult
Xiaomi Motor settled in Beijing Economic Development Zone in the first half of the first half of the year
Tesla: Super charging network has covered Guangdong Province traffic trunk
Foreign manufacturers make IPHONE 13 Pro with Tesla accessories! Sold price direct retrogenization
Google had planned to launch the tensor chip for pixel phones in 2020
Huawei Heavy Machinery is re-incorporated! Generators except logo exactly
Samsung PCIe 4.0 hard drive upgrade: more heat sinks fully support PS5
New crown latest variament has emerged in early November: New York, USA has a bad feeling
Black Friday us stores face embarrassing situation! Got stuck in the neck
Vehicle positioning signal weak puzzle! To be completely solved by Huawei