Tencent technology news will enter the second half of 2020, and the annual flagship models of various mobile phone manufacturers will be released. Game phones in many core configurations and other flagship phones and did not open the gap. So the question is: what's the point of buying a game phone? Is it really necessary to buy a mobile phone to play games?

To illustrate, the game phone at the beginning of its birth, not for all users. Compared with the average flagship phone, buying a game phone is not used 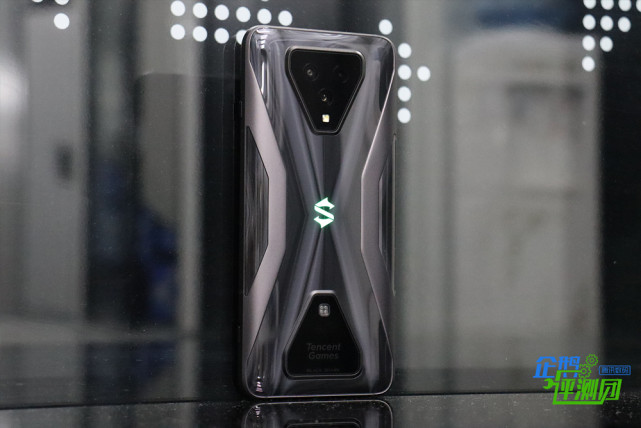 Just saw Tencent Black Shark game mobile phone 3S, I knew that this mobile phone had nothing to do with the proportion of high screen. The phone is symmetrical up and down, with a forehead at the top and a chin at the bottom. As a game mobile phone, black shark does not pursue absolute high screen proportion, but ensures that the game screen and touch area are not blocked when holding horizontally, which is also very attentive. 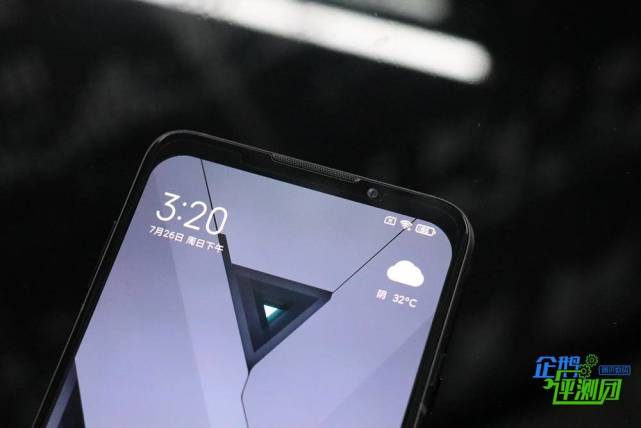 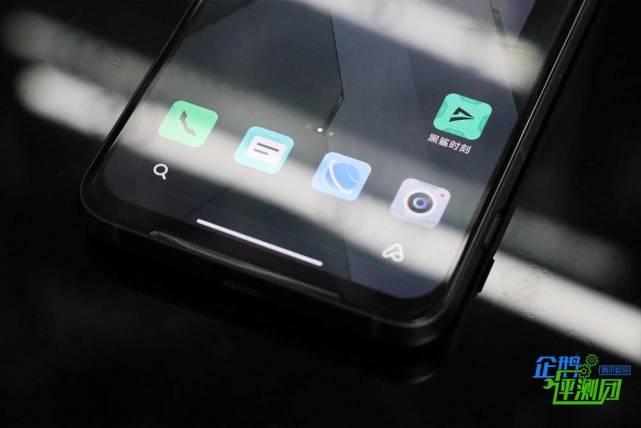 From the actual view of the screen, Tencent Black Shark game phone 3S is excellent in terms of visual angle, maximum brightness and uniformity. On the whole, this is a very good screen.

Thanks to the absolutely symmetrical design, whether the left and right hands are held vertically or horizontally at the same time, the comfort and unity of the hand feel can be ensured, and the weight of the mobile phone can be ignored to a certain extent. 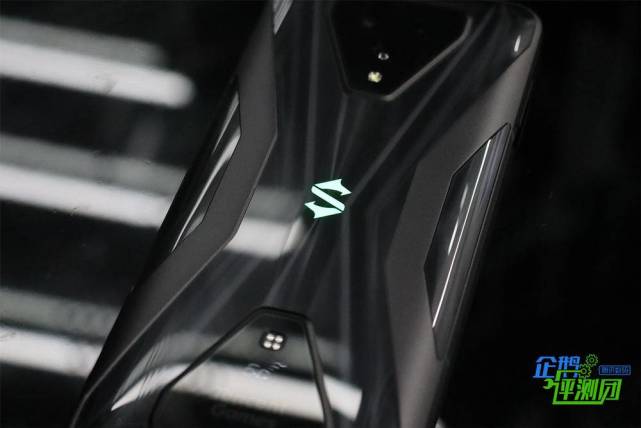 The X-shaped design is also the most recognizable design element of black shark mobile phone. The back cover and packing box of the mobile phone adopt the same design style. Under the refraction of glass, the light lines of the back cover converge at the black shark logo, showing a strong sense of speed and strength.

Three cameras and flashlights are placed in the triangle above the back, which looks like an expression of surprise. A magnetic triangle ensures better grip at the bottom of the phone when charging. 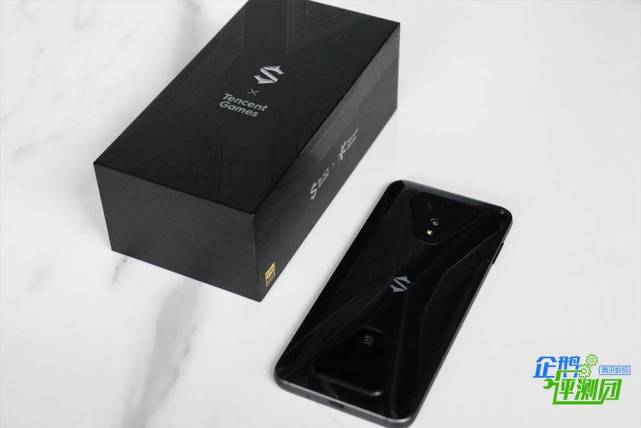 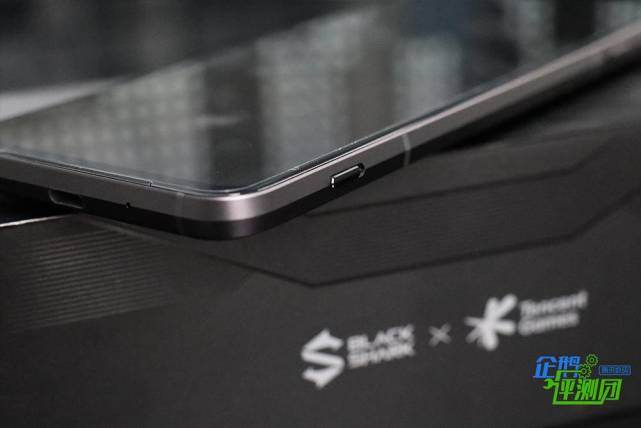 The most suspense part of the game phone is the configuration, according to the Convention, running points is essential. 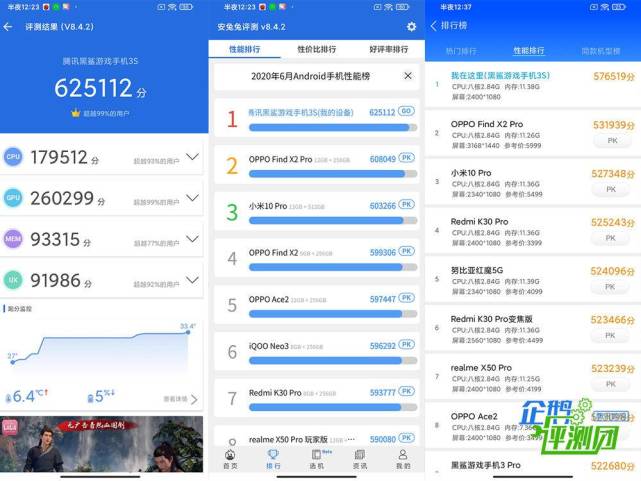 After running points, it is the most important part of the game experience. First of all, you should dial the game key on the side of the fuselage to enter the game space. The system will empty the background and play the function of the mobile phone in the game as much as possible.

High refresh rate screen is the standard configuration of high-end mobile phones this year. Black shark, as a game phone, will naturally bring more new experiences on this basis.

You can even experience the highest quality ultra high definition mode on Tencent Black Shark game phone 3S. The picture can have more realistic texture and increase the reflection effect of water surface. This is inseparable from the top hardware support and Tencent and black shark in software optimization cooperation.

In the process of the game, the screen is set to HDR HD and the limit frame number mode. From the monitoring chart of perfdog, it can be seen that the picture is always maintained at about 60Hz, and the frame rate fluctuation of the mobile phone is almost invisible. The mobile phone can always maintain a very stable game performance.

The 270Hz touch sampling rate screen of Tencent Black Shark game mobile phone 3S reduces the touch response delay to 17ms, and the most obvious perception is to follow and smooth. As long as you react fast enough, the phone can receive your operation in the first time without any delay. In peace elite, you can shoot in less time and eat chicken more easily..

From the top right corner of the mobile phone, you can draw out the menu of game assistant to call up the control center, notification and answering functions. Bring more convenient control experience for the game. 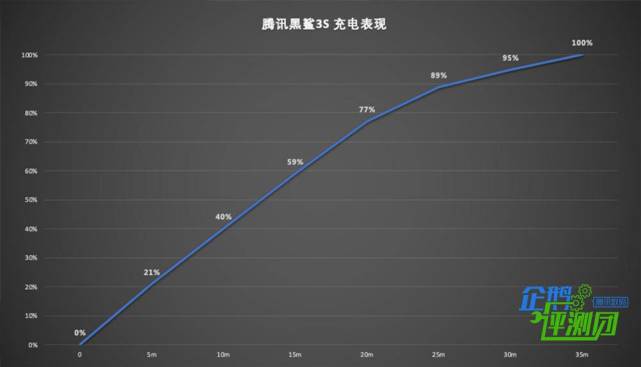 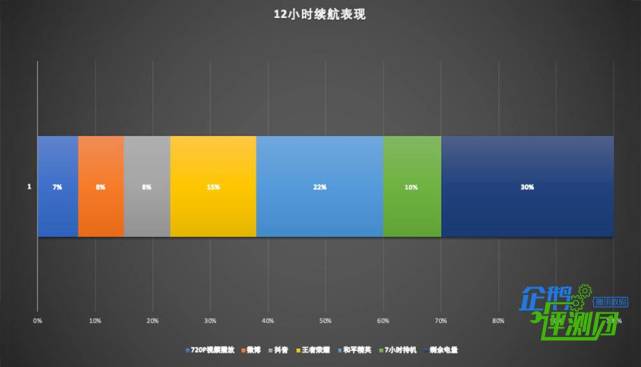 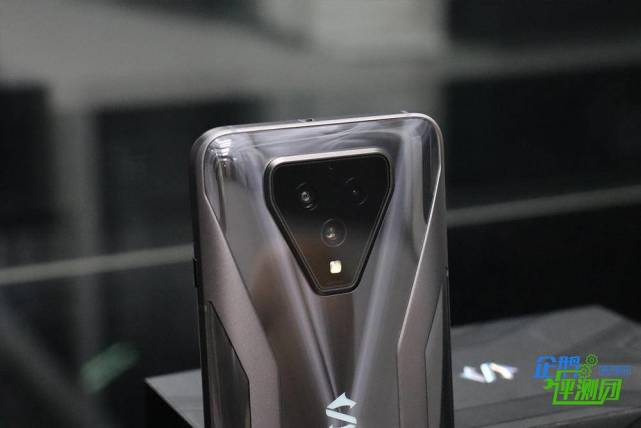 A very special option can be seen in the camera interface, that is, Tencent Black Shark Game phone 3 S supports the output of 256 million pixels of photos. After the actual shooting experience, it takes 2-3 seconds to output a photo, with a single pixel of 18432 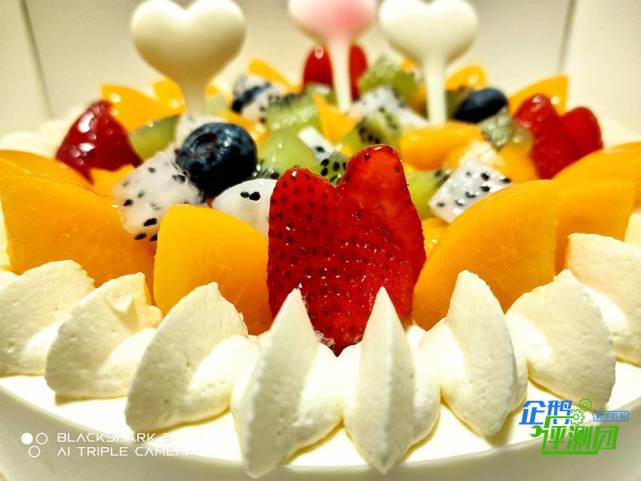 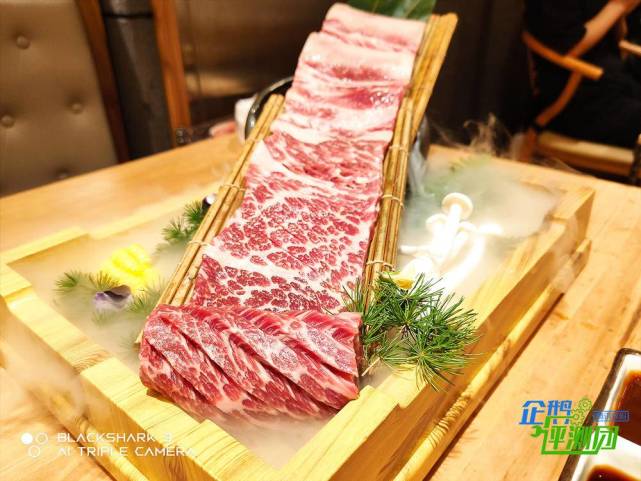 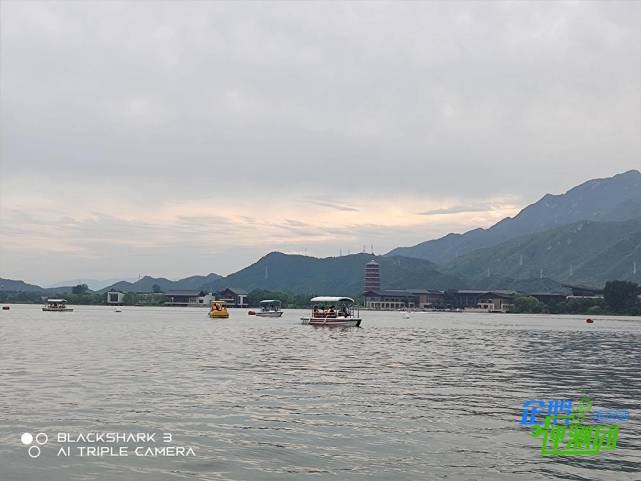 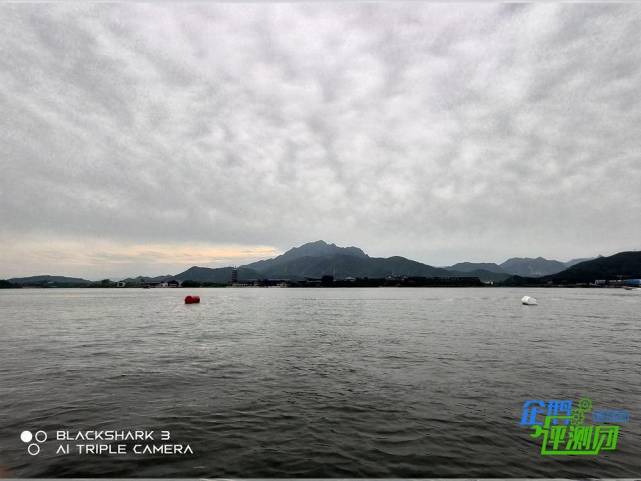 In the night shooting, it can obviously improve the image quality after Tencent Black Shark game mobile phone 3S turns on the night scene mode. It is excellent in the environment with high noise, and the algorithm is very complex. At the same time, the brightness and purity of the picture can be ensured, and the highlight part of the light board can be suppressed, and an excellent night scene photo can be taken. 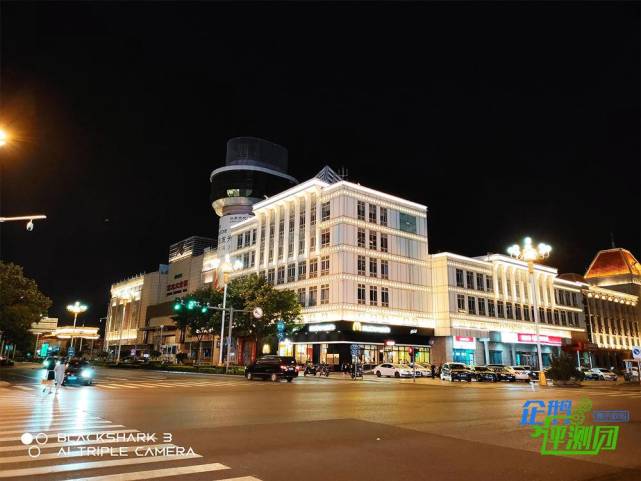 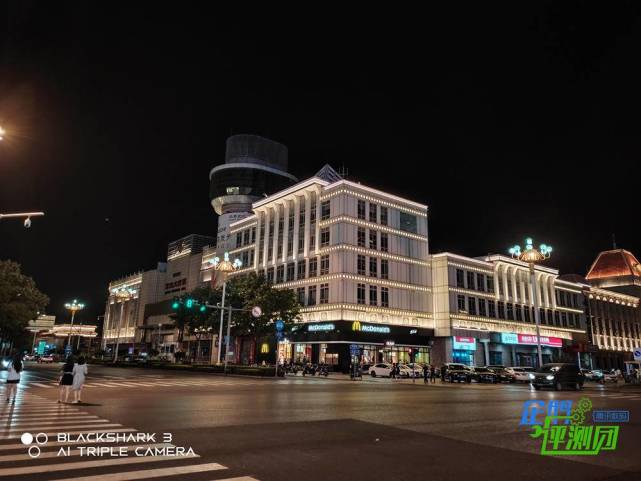 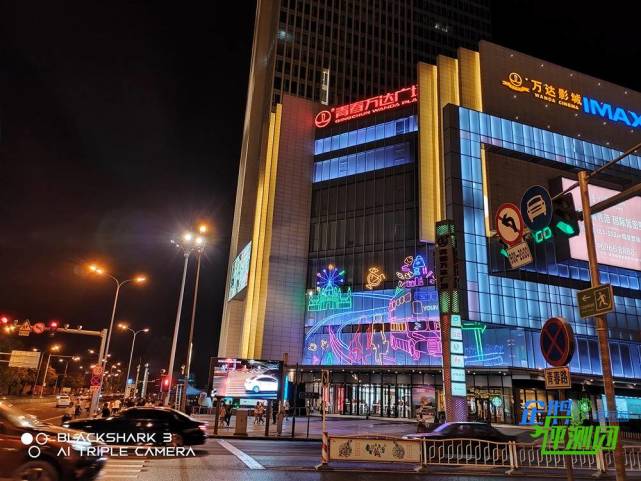 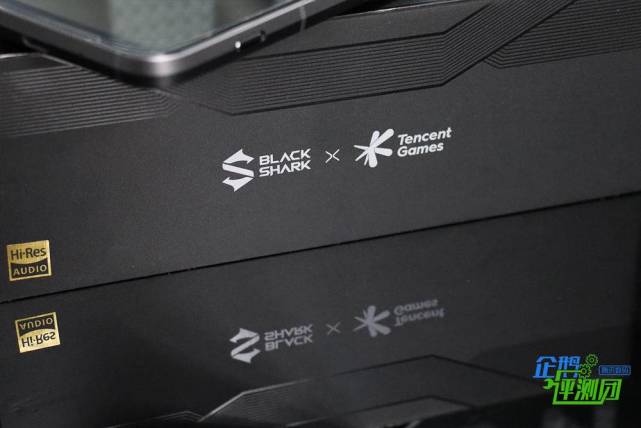 Related news
2K screen 120Hz refresh rate! Black shark game mobile phone 3 screen exposure
2K120Hz screen 865 Tencent Black Shark 3 mobile released on March 3
90hz, 120Hz screen mobile phone horizontal review: not up to high frame rate? Here is the answer you want
Samsung fold 2 will be equipped with 120Hz folding screen to support s pen stylus for the first time
One thousand yuan hot money reservation! Huawei Changxiang Z first hand: 90hz screen / 1699 best choice
Samsung: 90hz OLED equivalent to 120Hz LCD
Root out the game frame rate and refresh rate does not match caused by the card! Black Shark 3S brings full scene 120Hz display technology
From 3999 yuan! Tencent Black Shark 3S officially released: Global 120Hz / 65W flash charging
Tencent Black Shark 3S evaluation: upgrade 120Hz refresh rate to improve the whole game experience
Hot news this week
The developer of the dating app Tinder has reached an agreement with Google over billing rules for its app store
Still did it! Canada has banned Huawei and ZTE from participating in the country's 5G network on "national security" grounds
Red Elf Lightning erupts in the Himalayas Spectacular Spectacle: Experts Reveal What Exactly Is This?
Shipments in the first quarter fell 11%, exposed Xiaomi, OPPO, Vivo cut orders 20%, Apple bucked the trend to increase production
The founder of the Internet Quick Hand Su Hua was taken away for investigation, and the fast hand responded: the news was not true
Wang Xiang, president of Xiaomi, explained that a shortage of low-end chips is a major challenge in overseas markets
Tencent Q1: The business service business has "slightly decreased" year -on -year, and resource centralized video cloud and network security | View financial report
One picture to understand! Blue Factory has issued 3 new machines in a row: self-developed chip blessing, the narrowest lower border
Or for Studio Display Pro, the release of Apple's 27-inch Mini LED-backlit Display has been delayed by October
Sony released the active noise-canceling headphones WH-1000XM5, equipped with 2 chips and 8 microphones
The most popular news this week
Amazon CEO first appeared at the shareholders' meeting: to restore normal profit
Sony claims that the full recovery of membership upgrade fees is a technical error
Taobao 618 will be launched in the Yuan universe shopping: three -dimensional "shopping Taobao"
Yuncong will be listed on the Science and Technology Innovation Board on May 27 at 15.37 yuan per share
The amount refunded by the game company to the minor recharge should not be "discounted"
Regulatory Shot! Behind the app downtime of many securities institutions: how to break the digital transformation of securities companies
Apple iOS 15 Maps began offering AR walking navigation in Tokyo, Japan
Privacy is not compliant, 12 software has been informed! Huawei's smart life has been named many times, and it is also on the list
The arrival of the SIENNA sister models, faw Toyota Granvia named Greg Olivia | a train
Turning profit into loss, Ali Health saw its profit drop by more than 1 billion yuan and marketing expenses increase by 62%