The noisy stage, the colorful scene lamp effect, while queuing up to hide the excitement of the players, plus the surging rhythm of music 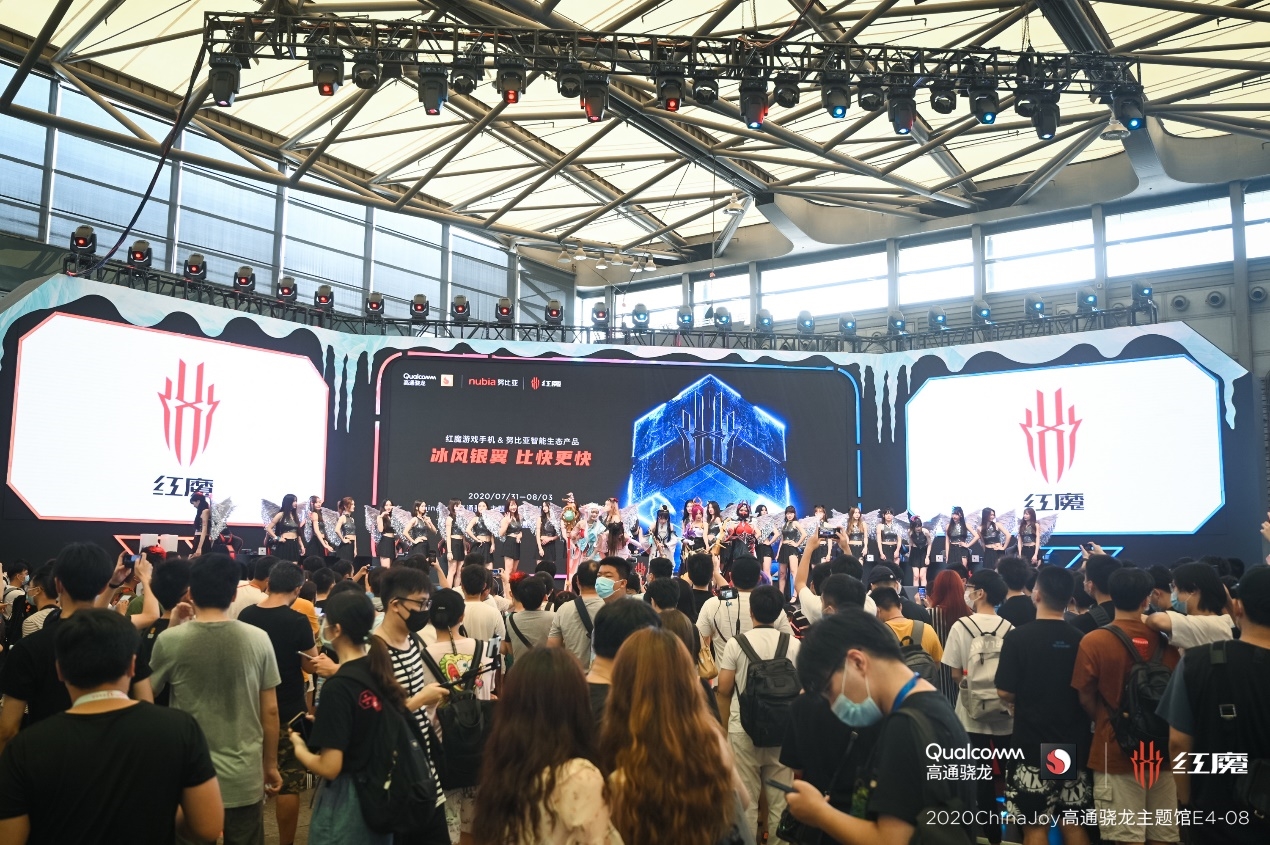 Thanks to smartphones and mobile games e-sports in recent years, the main high-performance mobile game experience of Qualcomm Cellon theme hall, this year is still the same head. And throughout the museum, the most popular stand is undoubtedly 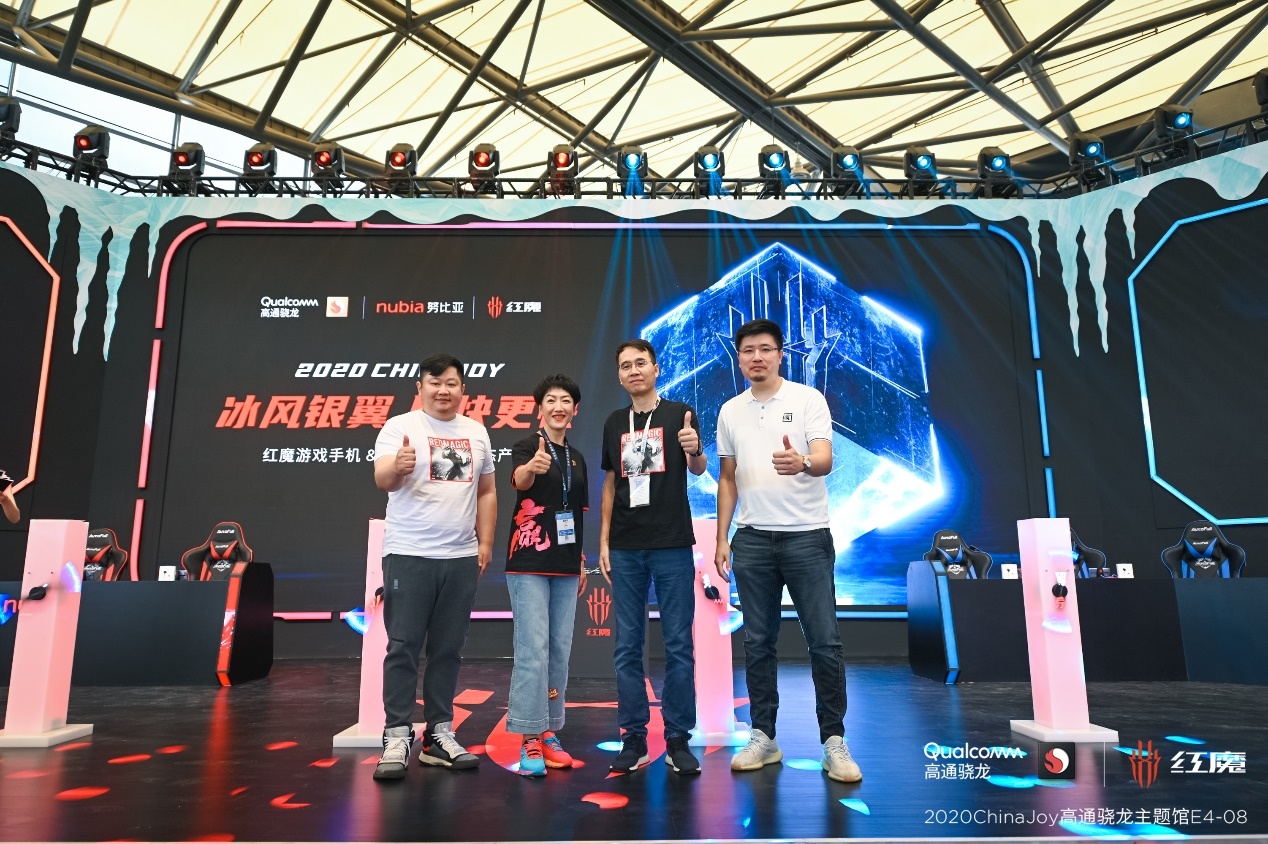 Just a few days before the launch of China joy, Nubia just launched their new flagship game phone product: the red devil 5S. And it certainly became the most dazzling star in the Nubian Red Devils exhibition area.

Red Devils 5 S what's special? On the one hand, it may be the most respectable game phone. Brand new

On the other hand, for all current game phones, top performance and perfect control are the key to market competition. In this regard, the red magic 5S has achieved the standard configuration of snapdragon 865 mobile platform, lpddr5 memory and ufs3.1 flash memory. At the same time, on the basis of the 144hz ultra-high refresh rate display technology pioneered by red magic 5g, it has brought a touch point reporting rate of up to 240Hz on the screen, and the industry's first 320 Hz point reporting rate dual independent IC touch shoulder key.

Compared with the common ultrasonic, pressure sensitive and mechanical on-off shoulder keys on other game phones, the dual independent IC touch shoulder key itself has faster response time, almost no touch signal interference, and the shoulder key reporting rate of 320hz means that the fastest touch response can be less than half a frame of 144hz game. Obviously, the Red Devils not only created the 144hz mobile game era in the display frame rate, but also seriously considered how to make the players in the 144hz high frame rate mobile game can control easily.

Of course, the most important thing is that if the game phone is to be able to play the game for a long time without losing frame, not Carton, the key is to have excellent continuous heat dissipation. And

In the fuselage of the red magic 5S, the special L-shaped heat pipe and the metal middle frame coated with nano heat dissipation material constitute the first link of absorbing and diffusing heat from the snapdragon 865. The built-in ventilation duct with an area of up to 4000 square mm, together with the exclusive 15000 RPM built-in turbine fan in the whole industry so far, constitutes the second link to actively drain heat from the inside of the mobile phone. In the center of the Ag glass back cover of the red magic 5S, ice Ag superconducting metal heat conducting sheet with known highest thermal conductivity metal silver runs through the whole back cover from the inside to the outside. In conjunction with the newly released red magic ice wind heat dissipation box with semiconductor active cooling sheet and 8000 rpm external fan, it has become the third heat dissipation design to directly conduct the external low temperature into the interior of the mobile phone.

This kind of liquid cooling built-in active air cooling ICE Ag superconducting metal heat conduction design triple heat dissipation structure, is the red devil 5 S on the new ICE 4.0 three-dimensional heat dissipation system. It is also one of the most complex and effective heat dissipation designs the industry has ever had. In fact, in this ChinaJoy's Red Devils exhibition area, we can often see visitors who compare the fever of the game with their own mobile phones and the Red Devils 5 S, and they are often surprised by the Red Devils 5 S, even some cold fuselage.

In the smartphone industry, there is a saying: 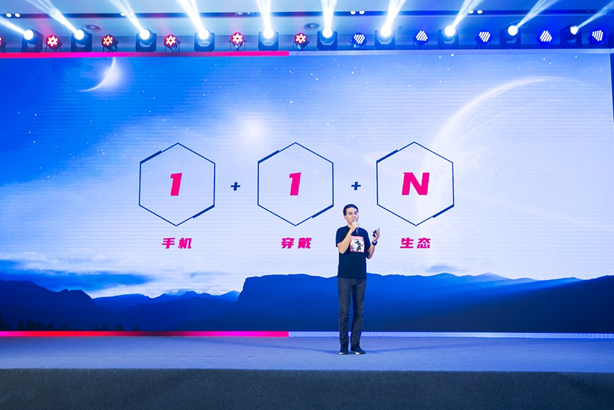 However, Nubia's innovative ability has never stopped at mobile phone products, as early as a few years ago, Nubia launched its own IoT module. At the beginning of 2019, when the industry was struggling

Because Nubia has always had a lot of creativity and courage to be a pioneer in the industry, they also chose the first time to continue after more than two years of technology accumulation, market performance and consumer reputation

As we all know, in the past two years, many mobile phone manufacturers have announced their own 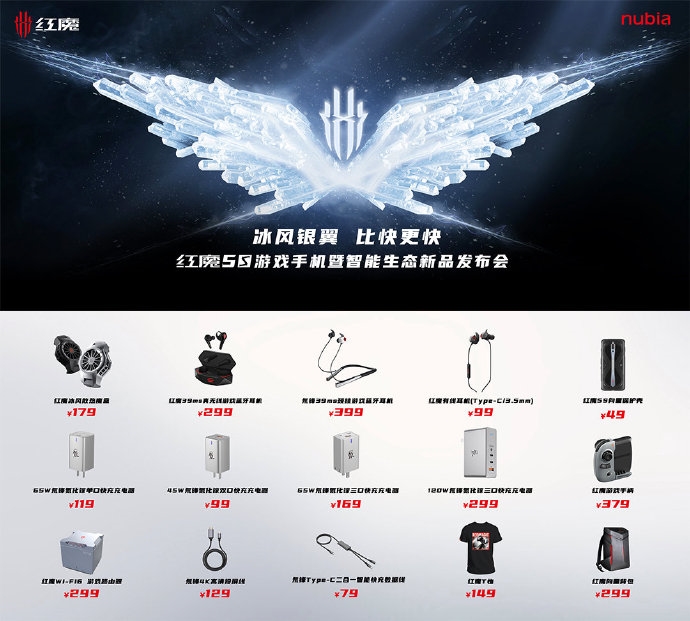 This is not surprising, because none of Nubia's new ecological chain products are not the latest technology, not to mention the extreme performance and design. For example, the output power of 120 W of deuterium front gallium nitride three fast charge head, the volume of less power than the industry's single-port charger even more full

It is not difficult to see that even in the ecological chain products, Nubia also chose to adhere to a high degree of technical originality, the user experience beyond the industry level, but also beyond the expectations of consumers. And the unique experience of excellent quality and leading technology also makes Nubian wisdom wear and Red Devils game wisdom ecological products easily open with the market a lot of low quality and low price homogenization 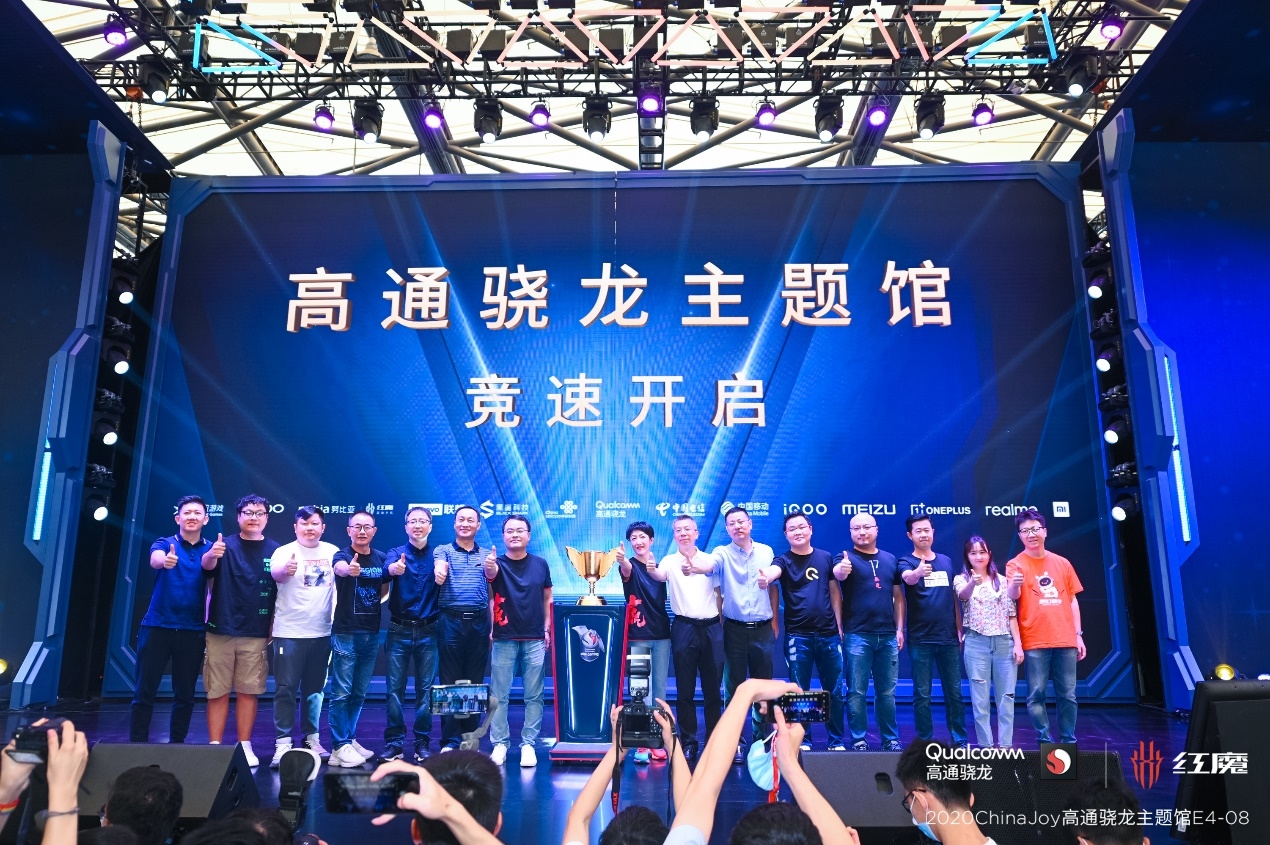 Speaking at the opening ceremony, Yu Hang, senior vice president of Nubia, said confidently that in 2019, Nubia worked closely with Qualcomm to take the lead in implementing the industry's first 144 Hz racing screen on the Red Devils 5 G. Now 144 display technology has become the industry's latest consensus on the flagship game experience, and as more mobile phones and games join

It is reported that the Nubian Pavilion will be equipped with 5g high-speed connection provided by the three operators, and highlight the latest achievements of Qualcomm and its partners in the top 5g game equipment and related technologies. The Nubian Red Devils 5S game phone, as a top-level e-sports game equipment with the latest release of the industry, equipped with the Qualcomm snapdragon 865 mobile platform and the most perfect thermal design, naturally became the focus of attention.

For mobile game players, of course, the good news on the ChinaJoy this year is more than that. Nubian President Ni also appeared in the JingDong booth, with Qualcomm, JingDong, Tencent and telecom operators announced 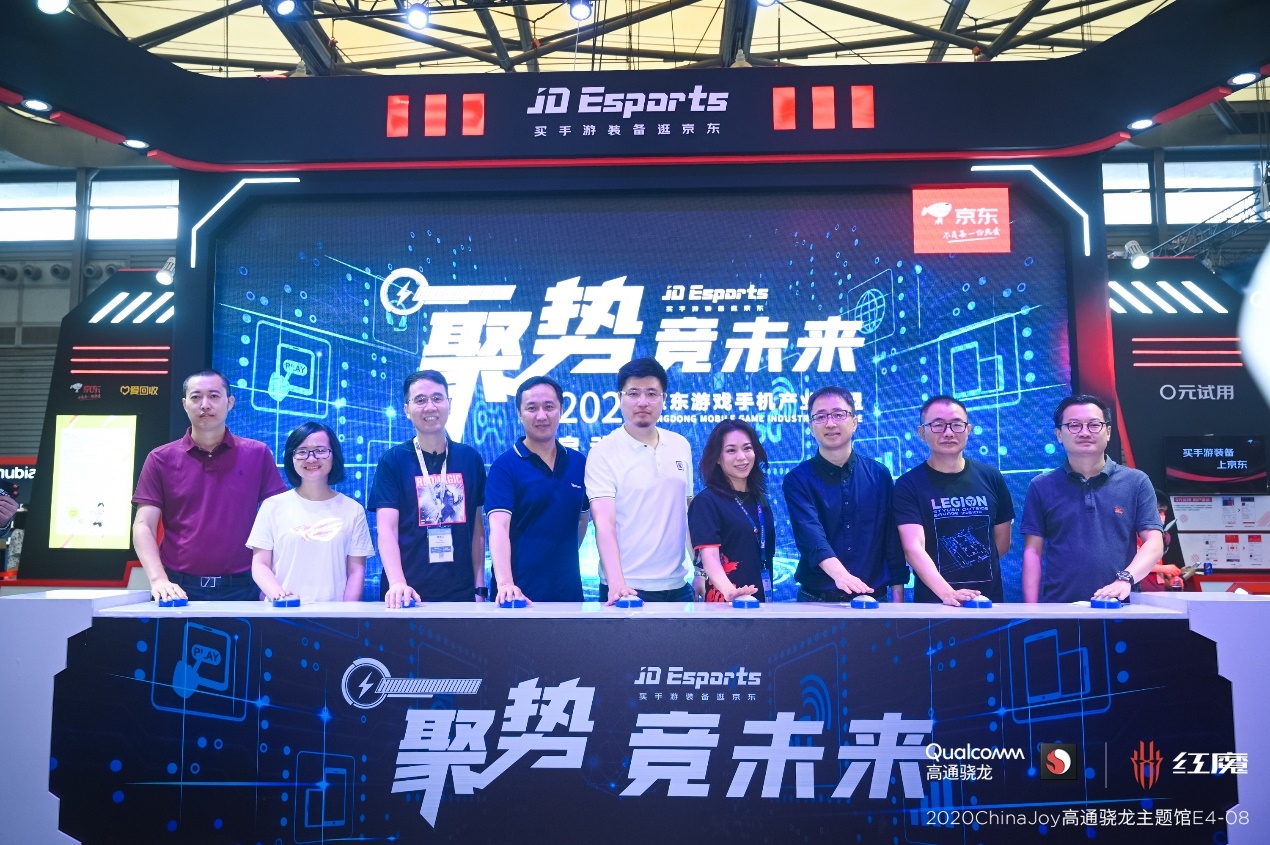 As the name suggests, 5g game industry alliance will better open the whole industry chain relationship from upstream supply chain to mobile phone manufacturers, from mobile game developers to operators' services, and then to game mobile sales channels, so as to work together to create better game mobile products in 5g era and provide better mobile games and related services.

It's worth mentioning that for friends who love games and love mobile phones,

Obviously, this is the best time for Nubia to build its own characteristic full scene ecology. And for Nubia, for the Red Devils' partners, as well as for loyal users now all over the world, they will also benefit. Just like the impact of the first generation of Red Devils' game phones on the industry in April 2018, today's red devils will bring more and broader changes and influences in mobile technology, future game technology, young lifestyle and so on.