However, it is not enough to serve Chinese outbound tourists. Ant financial and Tencent also want to reach overseas local users. One of the regional markets is particularly unique, that is, Southeast Asia.

The growth rate of local Internet penetration rate is high, and the electronic payment market has great potential. Both companies are running into the Bureau. The strategy adopted by ants is to invest in local electronic wallet brands, to bring experience and technology to the local market, and to replicate Alipay in various countries in Southeast Asia. Wechat payment chooses to apply for local payment license in Southeast Asian countries and promote electronic payment on its own platform.

After five years of trial, WeChat payment and Alipay's "war" in Southeast Asia have ended, while Europe has become a new battleground.

Ant finance has no plans to provide local currency payment services in overseas markets. Instead, it works with local merchants to provide services for Chinese travelers. At the same time, it also established joint ventures with local partners, using their brands to provide electronic wallets, ant gold suits to do technology and experience output, and "replicate" Alipay in various countries.

In fact, since 2015, Ant Financial Services Group has been looking for overseas partners to build local Alipay, reaching India, Thailand and other places, gradually forming its 1 9. Strategic model of globalization. And in these 9 overseas markets, four countries belong to Southeast Asia.

In July 2016, ant financial participated in the d-round financing of m-daq, a Singapore Financial technology company. 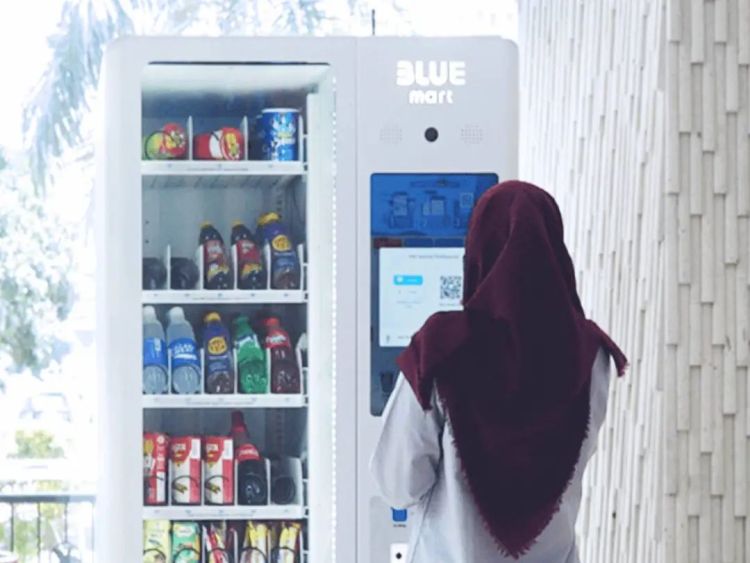 In September 2017, ant financial and Kasikorn Bank of Thailand reached a cooperative relationship to jointly promote QR code payment in Thailand. Previously, ant financial also invested in ascend money, a Thai financial technology company, in 2016. It was reported that ant financial services planned to acquire 20% of the shares of ascend money at that time.

At the end of 2019, according to Reuters, ant financial has acquired no more than 50% of the shares of Vietnam's e-wallet emonkey, which has already obtained all operating licenses from the State Bank of Vietnam (SBV).

Ant financial is also moving towards the goal of expanding overseas market users step by step. In 2017, the company announced its globalization strategy and plans to reach 2 billion users worldwide in the next 10 years, of which 60% are from overseas. According to the public data at the end of 2019, ant financial has more than 1.2 billion active payment users worldwide, and there are about 300 million overseas users.

For Tencent, wechat payment is the key to the introduction of the entire wechat ecosystem. However, in overseas markets, wechat payment mainly serves Chinese outbound tourists, not local residents.

In 2018, the wechat payment team said that in the next three years, it would not seek to provide more local payment services to overseas consumers, but would focus on serving outbound tourists from China. Yin Jie, the overseas head of wechat payment, once said that there were "not many wechat users" overseas, so "it is difficult to provide them with payment tools".

However, wechat payment is also slowly expanding into the local residential market, but they want to rely more on the wechat brand. Wechat payment usually chooses to apply for a local license to develop business. However, it is not easy to get a license in Southeast Asian countries. Wechat payment chooses this road to penetrate into overseas markets, which also affects its coverage speed.

Under such a strategy, WeChat Pay received a third-party payment license from Malaysia in March 2018. In August of the same year, WeChat launched a 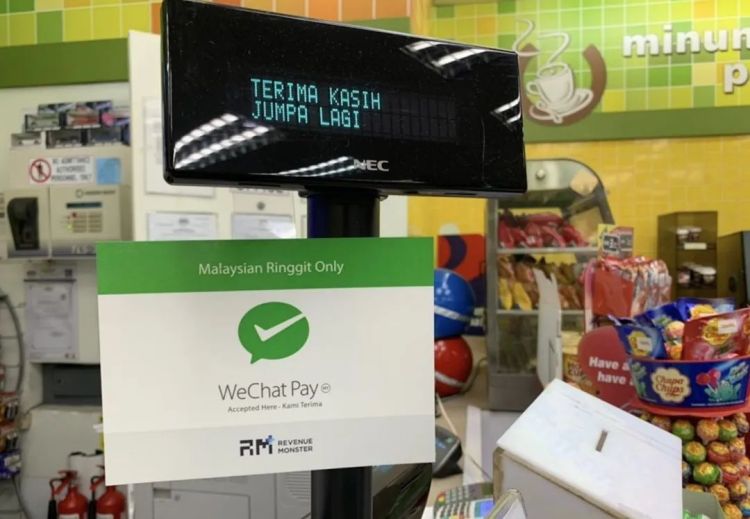 In January 2020, wechat payment was approved by the Central Bank of Indonesia to operate locally. Everything is going smoothly. The end of 2019, the Achmad Baiquni, the managing director of Indonesia's national bank, also said that it would probably give up WeChat and Alipay to establish cooperative relations with WeChat. If they want to do business in Indonesia, the Indonesian government requires that they work with Indonesian banks in the fourth business group.

As one of the most popular destinations for Chinese tourists in Southeast Asia, thevaros, a restaurant in Chiang Mai, Thailand, introduced wechat payment in early 2016. At the end of 2018, Royal Chen, vice president of Tencent Financial technology, said that it would expand wechat payment in Thailand. He said: "we are considering which way is more suitable to launch the Thai version of wechat payment, whether to do our own payment service or to cooperate with local partners."

Taking Thailand as an example, local banks have also launched their own mobile financial technology apps, such as SCB easy of Siam commercial bank, K plus of kasikornbank and promptpay of Bank of Thailand. Truemoney, a financial technology company that started in Bangkok in 2003, is also offering online payment services to Southeast Asia. 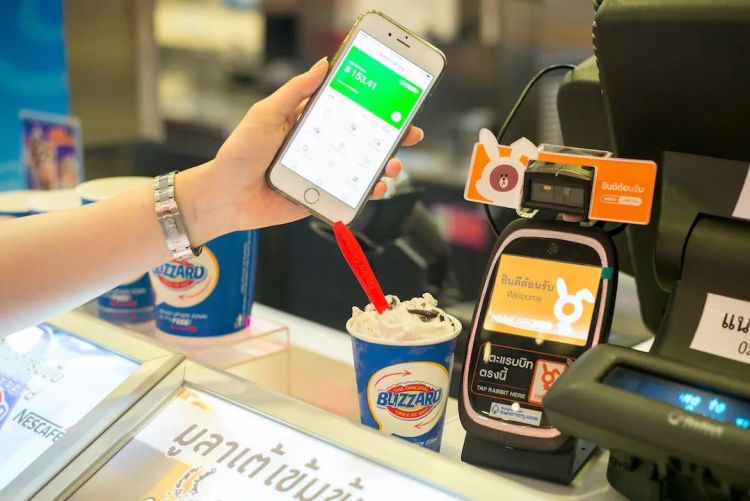 Sea group in Southeast Asia owns shopee, an e-commerce company, and Garena, a game agent platform. The group's e-wallet, airpay, was originally launched in 2014 to facilitate online transactions for Garena game users. As one of Garena's largest markets in the region, the first country to use airpay is Thailand.

In the Malaysian market, grab also launched grabpay at the end of 2016. By 2018, it has become one of the largest mobile payment platforms in Southeast Asia. Currently, grabpay is available in six countries. Starting with taxi Hailing software, gojek, a super app in Indonesia, also launched gopay in 2015.

There is also a payment Unicorn company, ovo, which was founded in 2017. Based on transaction volume, it is the leading digital payment service provider in Indonesia.

However, in the Southeast Asian electronic payment market, many players have no choice but to withdraw from the market. Digi's vcash is one of the earliest e-wallets in Malaysia. It was launched only two years ago and ended its service at the end of November 2019.

The competition in Southeast Asia's payment market is cruel, and payment giants want to attract competitors in order to jointly occupy the largest market share in the region. In March 2018, the payment product mpay of AIS, one of Thailand's three major communication operators, reached a joint venture agreement with rabbit line pay. AIS aims to make rabbit line pay the first mobile payment service provider in Thailand within three years.

In the field of payment, different countries in Southeast Asia have also begun to interact. In 2017, as part of a move to advance the smart state agenda, the Singapore Monetary Authority (MAS) agreed to a partnership between local paynow and Bank of Thailand's promptpay, so that nationals of both countries will be able to use mobile phone numbers to send money to people in each other's countries.

The contradiction of electronic payment market in Southeast Asia

In Southeast Asia, compared with Europe and the United States, the popularity of credit card is lower, and people generally use cash and bank transfer. This has also promoted the development of online banking, e-wallet and other payment methods. According to the report of PwC's global consumer insight survey in 2019, six of the 10 regions with the highest mobile payment penetration rate are Southeast Asian countries.

High penetration rate of smart phones has become one of the conditions to promote the development of mobile payment. According to Euromonitor, a UK research firm, by 2021, the proportion of people using smartphones in the six Southeast Asian countries will exceed 70%, close to the 80% saturation already reached in Japan and the United States.

The potential of the local e-payment market is not small. Google, Temasek and Bain have predicted that the total amount of transactions in Southeast Asia's digital payment market will increase more than five times from 2019 to 2025, reaching US $114 billion. In addition, the scale of Internet payment has also expanded. In January this year, the number and amount of transactions through mobile payment increased by nearly 200% and 22% respectively compared with the same period last year. 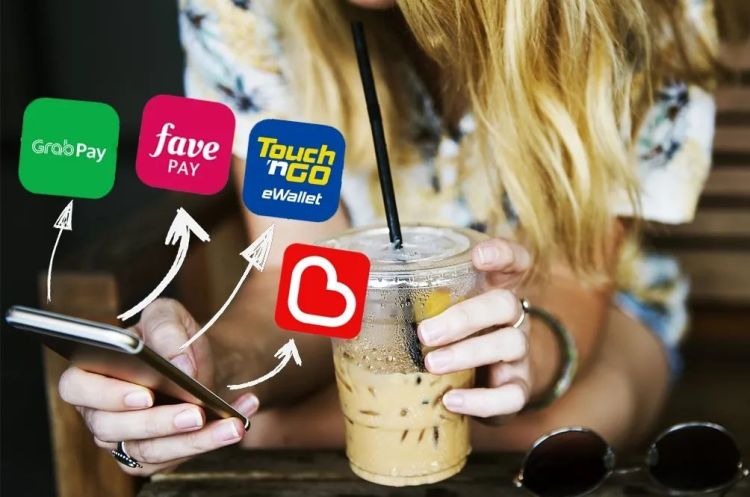 But user data does not represent success. As cash consumption intensifies, e-wallets without healthy ecosystems and retention strategies are likely to face survival problems.

Now, investors are unlikely to tolerate long-term losses and will put pressure on e-wallet operators to merge or exit. The number of licensed e-wallets and e-money operators in the Philippines and Thailand has declined since the end of 2019.

The competition is still fierce. Some e-wallet players are getting government endorsement, and they're getting a head start. On January 14 this year, Malaysia launched the e-tunai Rakyat program to encourage the use of e-wallets. The government allocated rm450 million (about US $105 million) to provide free credit to eligible citizens and start the emerging digital payment industry. Nearly 3 million Malaysians signed up for the scheme, with a total of about rm66 million distributed in January.

The government has chosen Grab、Boost and Touch from dozens of licensed e-money providers, according to the central bank 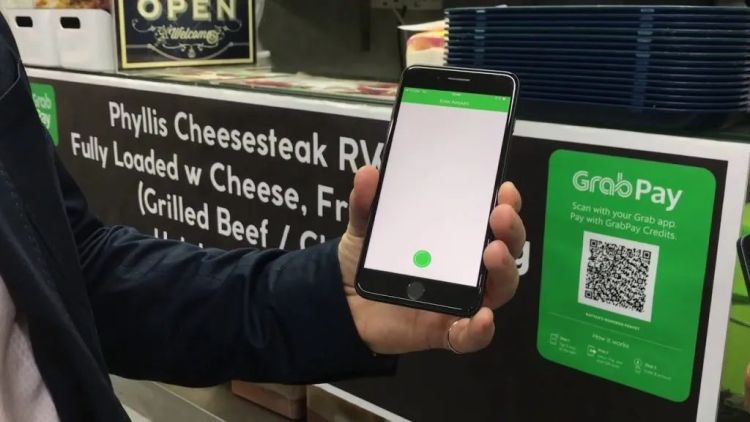 Similar stories are being played out in Vietnam. According to the National Bank of Vietnam, the emergence of the new outbreak, coupled with the implementation of cashless payments, contributed to the rapid growth of non cash transactions in the first four months of this year.

China's two big internet giants may also run into a wall in Southeast Asia, where platforms backed by grab and gojek are exerting pressure on Alibaba and Tencent in the region.

In Indonesia, the largest economy in Southeast Asia, gojek dominates the market with its dominant gopay E-wallet. With the new investment of Facebook and PayPal, the e-payment group, it is more difficult to shake its dominant position.

In October 2019, it was also reported that grab was discussing the merger of ovo, an Indonesian mobile payment company invested by grab, and Dana, a subsidiary of ant finance, which would help it gain more advantages in the payment market and change the pattern of local electronic payment. After the merger, it is expected to surpass gopay's scale and seize its dominant position in Indonesia.

Government policy will also remain a key card in the field of E-wallet. A standardized national payment network could boost or shut out new players. In addition, restrictions on fees charged by e-wallet providers may squeeze the profit margins of small players.

It is not surprising that governments in Southeast Asia are trying to promote economic digitization and financial inclusion, and that they want to cultivate local players to dominate the entire ecosystem. Even if overseas companies can directly operate e-wallet products in some countries, it is difficult to maintain them without deep strength.