Why does Microsoft have to buy tiktok? 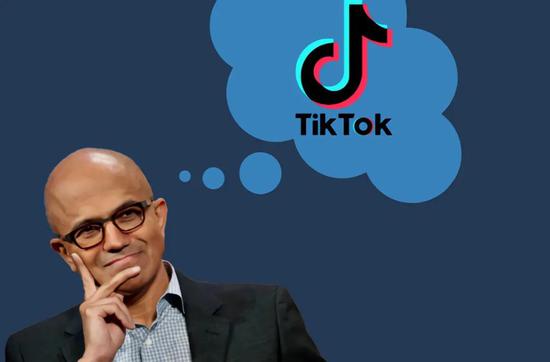 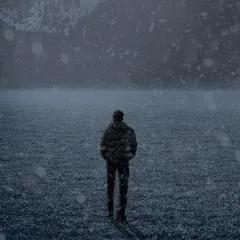 Tiktok may be selling to Microsoft.

After the rumors caused a sensation on the Internet for many days, finally, on the morning of August 3, Beijing time, Microsoft released a statement in its blog, confirming for the first time that the company was negotiating with byte hop on the acquisition of tiktok. At the same time, Microsoft promised that the deal would be closed by September 15.

Given that tiktok's valuation has reached US $50 billion, if we finally conclude an acquisition deal with Microsoft, it will be another major acquisition after Microsoft's acquisition of LinkedIn (LinkedIn) for us $26.2 billion and the acquisition of GitHub, a source code hosting service platform, for us $7.5 billion.

At the same time, it will be Microsoft's Internet business layout again after Bing and LinkedIn.

Public opinion has been fermenting for many days.

On July 31, local time, Reuters and other media reported that byte beat was negotiating with Microsoft to decide whether to sell tiktok's business in the United States to Microsoft.

In response to this potential deal, the Global Times reported that US President trump first said that in addition to banning tiktok, other measures might be taken to solve the problem. But that night, trump changed his tone and threatened to issue a ban. Therefore, because of Trump's words, the next day it came out that Microsoft had shelved the acquisition plan.(see global times for details:

At about 19:00 on August 2, Microsoft issued an official statement on its official blog, saying that CEO NADELLA and trump had held discussions on tiktok, and would speed up the negotiation so as to complete the negotiation no later than September 15, or invite other American investors to participate in the acquisition.

In the statement, Microsoft confirmed for the first time that it was pushing ahead with negotiations to buy tiktok's U.S. operations and plans to acquire tiktok's businesses in Canada, Australia and New Zealand. If the deal goes through, Microsoft will own and operate tiktok in all four countries.

It can be seen from the statement of Microsoft that Zhang Yiming will give up holding any equity of tiktok in the four countries and sell it to Microsoft and other trading parties to ensure the normal operation of tiktok in overseas markets.

At the same time, Microsoft promised to conduct a thorough security inspection before acquiring tiktok's U.S. business and provide appropriate economic benefits to the United States (including the U.S. Treasury Department).

This is the first time that Microsoft has publicly confirmed the ongoing acquisition since the blocking of tiktok, and it is also the last time that it has announced the purchase of tiktok. Microsoft said at the end of the statement that they would not provide further updates until the discussion reached a final conclusion.

Why did Microsoft buy tiktok?

Why did Microsoft change the trend of enterprise oriented market and become interested in tiktok, a short video social application, and hope to spend more cost on it?

In summary, there are three reasons for Microsoft to buy tiktok: through tiktok algorithm data and advertising exposure, Microsoft can get more technology and revenue, and help it have more potential consumers; Microsoft's quarterly revenue is more than 38 billion US dollars, with sufficient funds to meet the cost of purchasing tiktok; Microsoft has been lack of social product gene, through acquisition Tiktok, or want to compete with Facebook.

The key part of the tiktok deal is the data and users that Microsoft has access to, which is also an important reason for the previous US objection.

If the acquisition is completed, tiktok may provide Microsoft with data, algorithm engine and other technical support directly for millions of people, and can cooperate and integrate with xbox live and Microsoft research through video. Moreover, on hololens hardware products, Microsoft can provide more ar viewing experience. Even if Microsoft has minecraft games, co integration may not be a problem.

In addition, due to Microsoft's special enterprise software and services, the company has been in a tepid situation on social media, and the exposure rate of surface products is far lower than that of Facebook, slack and other companies. Therefore, after the acquisition, Microsoft can directly attract potential consumers in tiktok by advertising for surface, Xbox and other products, and even serve as the basis for its highly integrated ambition.

The verge offers a vision for future integration: Microsoft can seamlessly switch products with data. In the future, you can watch "call of duty" video on tiktok, and then stream it to your mobile phone through Microsoft xcloud service. You can play cloud games with one click, which greatly improves the experience.

2. Sufficient funds to cover the cost of tiktok acquisition

In the entire tiktok transaction, the first condition for the completion of the cooperation is that Microsoft can afford the price.

Despite the huge potential of tiktok, Microsoft is likely to buy it for less than $50 billion, according to Bloomberg.

Although tiktok is still in the development stage in the United States, even in terms of market value and profit scale, Microsoft and byte jump are not in the same stage. But it can be said that, in any case, it's a good deal for Microsoft.

The core source of Microsoft's revenue is still the enterprise cloud service on the B side. Even the C-terminal also sells hardware, software services and so on. According to Microsoft's latest financial report, the revenue of the cloud department reached 13.4 billion US dollars, about 30% of the total revenue. Microsoft, which has been short of social product genes, may want to compete with Facebook by acquiring tiktok.

CNBC pointed out that Microsoft had invested $240 million in Facebook in 2007 to form an expanded strategic alliance, and Microsoft had always understood the growth potential of Facebook. If Microsoft chooses to buy tiktok, it may compete with Facebook.

The verge and the Wall Street Journal say that once Microsoft owns tiktok and gets revenue, Microsoft may be regarded as the biggest competitor by Youtube and Facebook, which may be Microsoft's biggest ambition for the future.

In fact, Microsoft launched soapbox based on MSN video service in cooperation with News Corporation and NBC Universal as early as 2006. But unfortunately, because Microsoft had been in a monopoly dispute at that time, it failed to compete with youtube and was shut down a few years later. Finally, Microsoft used YouTube as the main way to share the company's product videos.

From the perspective of the independent management announced by Microsoft after the acquisition of LinkedIn and GitHub, tiktok may also adopt independent operation mode, which may lead to Microsoft's less interference in tiktok's future development. At the same time, Microsoft is still a novice in the field of content auditing, and is unlikely to try to deeply integrate tiktok and Microsoft business, or reshape tiktok in any way.

As Zhang Yiming said in the letter, the next 45 days will still be a test for tiktok, and relevant news may continue to be exposed, and everything is still variable.

Microsoft clearly warned in a statement: the discussion is preliminary and the transaction may break down.