Besides him, Yao Ting, a classmate majoring in computer systems architecture at Huazhong University of Science and Technology, was also selected as Huawei

Zhang Ji and Yao Ting said in the interview that this is not the highest annual salary they can get. Indeed, for this level graduate, the difference between 2 million and 3 million is not as big as ordinary people imagine, and the future direction is the ultimate determinant.

But it was written in the headlines

The world, in fact, is not big

The first place in the entrance examination of this class is nowSogou CEO Wang Xiaochuan, second, laterZhuang Li, vice president of Weilai Automotive Software(has left to start a business).

In 1994, China officially connected to the international network; in 1996, Wang Xiaochuan went to Hungary to participate in the global information Olympiad (computer competition).

The Chinese team made history. A team of four players won four gold medals. Wang Xiaochuan ranked second in 222 candidates and was recommended to Tsinghua computer department. His team mate is nowChen Lei, CTO of pinduoduo。

You see, the world, in fact, is not big.

Learning to be a bully

From then on, Wang Xiaochuan, who competed with Zhuang Li for the first grade in Chengdu No.7 Middle School, became Zhou Feng, who was No.1 in Wuxi college entrance examination and third in Jiangsu province that year.

In his first year of school, Zhou Feng did a magnificent event: with the sponsorship funds from the Association for science and technology, he set up a network cable between the No. 7 and No. 9 buildings of Tsinghua dormitory by doing all the procedures of assembly, cable termination and drilling. Since then, the male and female dormitories of the computer department of Tsinghua University have been connected to the campus BBS developed by the computer department. Later, through the BBS communication, they became lovers with Zhuang Li.

When others are in the teaching building, Zhou Feng and Zhuang Li, who take the exam free places, hide in their dormitories to play "the best flying car".Years later, Zhou Feng turned down Princeton, Zhuang Li refused Stanford, and they went to the University of California, Berkeley.

Went to college becauseWang Xiaochuan found a part-time job outside school and made China Ren the fourth largest website in China in eight months.Chen Yizhou, the founder of ChinaRen, later the founder of xiaonei.com, soon sold China Ren to Sohu for $30 million.

In 2007, Zhou Feng formally graduated from the University of California, Berkeley. With Zhuang Li and her former classmate Baota, he founded Netease Youdao and became the CEO of Netease Youdao.

In the mathematics experimental class of No.7 Middle School in Chengdu in 1990, four people were recommended to the University. In addition to Zhuang Li, Wang Xiaochuan and Baota who went to Tsinghua University, he Xiaofei was recommended to the computer department of Zhejiang University, and later became the president of didi research institute. At the age of 29, he became a professor in the computer department of Zhejiang University, and he Zhijun, an important figure in the history of artificial intelligence in China My grandson.

Another important person in the computer department of Zhejiang University is Huang Zheng.Interestingly, he was once invited by Ding Lei.

In 2001, Ding Lei saw an article written by Huang Zheng on the Internet. After finding out the contact information of the other party, Ding Lei asked him about some technical problems on the Internet. There is a saying in the market that at first Huang Zheng thought that the other party was just a liar with Ding Lei's head portrait to cheat the algorithm. Later, when he met offline, he found out that it was really Ding Lei himself. They have been in contact for more than ten years,Later, Ding Lei introduced Huang Zheng, who went to study in the United States, to Duan Yongping, who was also in the United States. 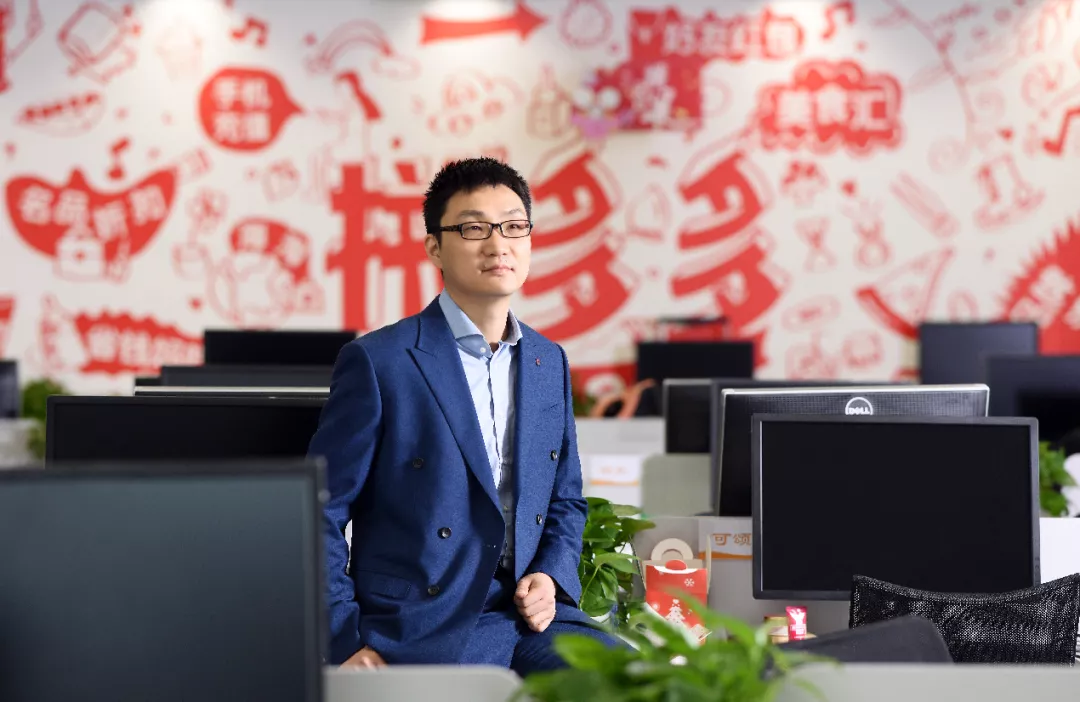 The internet no longer believes in learning dregs

Inventory of the InternetToday's Internet, no longer believe in learning slag.

For example, Ma Huateng graduated from Shenzhen University, Ma Yun graduated from Hangzhou normal University. In the year of the college entrance examination, Ma Yun, who took only one point in mathematics, filled in the voluntary form

In 1980, Yu Minhong and Shi Yuzhu became the number one in the college entrance examination with the first total score in the county

In 1987, Lei Jun and Robin Li took part in the college entrance examination. They became the top candidates in Hubei and Shanxi Yangquan respectively. Gong Yu was admitted to the Automation Department of Tsinghua University.

In 1988, Zhou Hongyi was recommended to the computer department of Xi'an Jiaotong University.

In 1989, Liu qiangdong entered Renmin University of China as the number one scholar in Suqian City.

In 1991, Chen Tianqiao was admitted to the Department of economics of Fudan University, and Li Bin was admitted to Peking University as the champion of liberal arts college entrance examination in Taihu County.

In 1996, Wang Xiaochuan, Zhuang Li, Zhou Feng and he Xiaofei joined the top universities in China.

In 1997, Wang Xing was recommended to the Department of electronic engineering of Tsinghua University.

In 1998, Huang Zheng was recommended to the mixed class of Zhejiang University, majoring in computer science.

In 2000, Suhua was admitted to Tsinghua University with a score of more than 100 points higher than that of the first line. Then he was admitted to Tsinghua University as a software engineering graduate student. Cheng Wei dragged himself into the examination room with his feverish body, but failed to see the last three questions in the test paper. He still passed the 211 Beijing University of chemical technology. Among his alumni, there was his later rival: Chen Weixing, the founder of Kuai.

In 2001, the first year of the 21st century, Zhang Yiming, who used algorithms to open up a new era of China's Internet, was admitted to Nankai University. 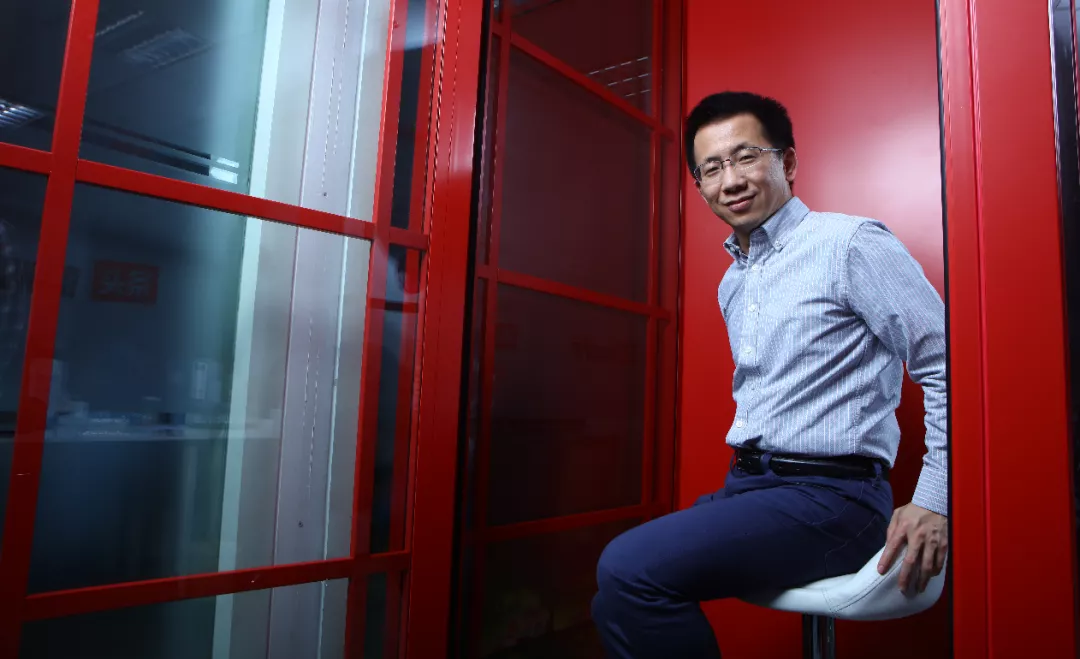 The more the times move forward, the more right the Internet, an industry that brings together top talentThe Internet is becoming less convincedWhen someone mentions the past of Internet giants, take Bill Gates and Zuckerberg for example. They probably forget that even if they drop out of school, they also drop out of Harvard.

When Jia Yueting, a junior college graduate, left Letv to travel to the United States, now active in the front line of entrepreneurs, it seems that only Li Xiang has some qualifications

That day, they did not take their children to the scene to witness this glorious moment, Zhuang Li said:Today is Zhou Feng's life, is also my life, but not their (children) life.When the kids come on the market.

2020, the almost magical year, Chengdu No .7 in the college entrance examination after the release of anothe

"Wang Xiaochuan and his classmates in Chengdu No.7 Middle School" by Zuo Lin and Youli;

"Dialogue with Zhou fengxueba's wife Zhuang Li: when we are together, when we are apart, we are wonderful"